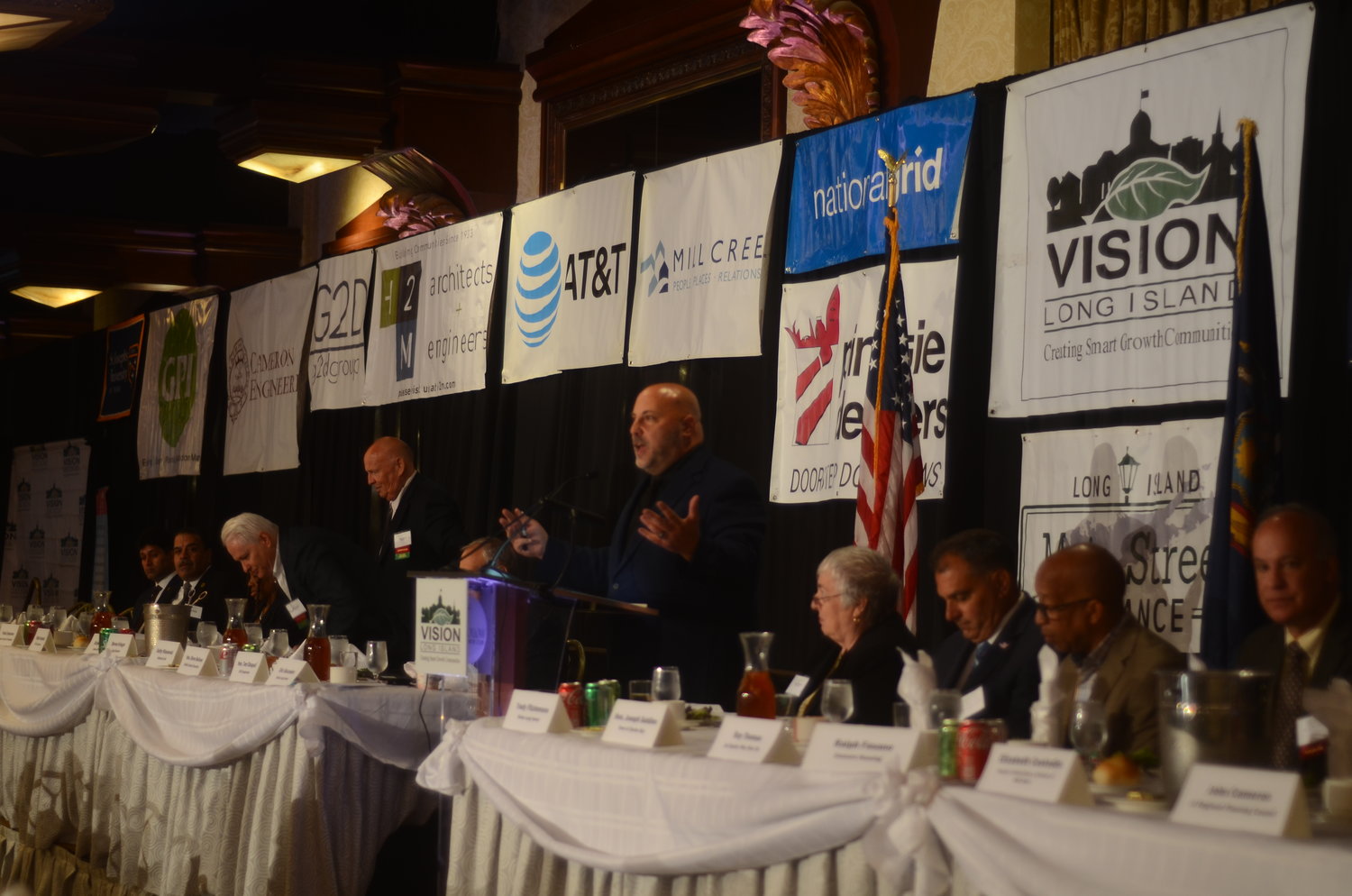 Building and infrastructure projects from Ronkonkoma to Long Beach are being steadily rolled out, changing Long Island’s suburban landscape in more ways than one.

Vision Long Island, the sustainable downtown development organization, shined a spotlight on 11 building projects that the organization says have helped move the needle on affordable housing and downtown revitalization. Seven of those projects can be found in Nassau County — including Freeport, Long Beach, Hempstead and Valley Stream.

Through its annual Smart Growth Awards ceremony, Vision Long Island also applauded the efforts of town boards and city councils working with developers and non-profits to get these projects from concept to going vertical. But depending on the development, one might not see the finished product for at least a few more years.

When completed, however, these projects will add nearly 1,300 apartments to Long Island’s housing mix, at a capital cost of more than $1 billion.

Among those recognized was Freeport’s Hilton Garden Inn, a 100-room hotel on more than an acre and a half of vacant land once home to The Schooner restaurant. The popular 350-seat destination was found at the foot of Woodcleft Avenue next to the Hunter Pointe Marina before Hurricane Sandy ravaged them both, leaving a large muddy field in its wake.

Costing $43 million, the venue includes both a ballroom and a 100-seat restaurant, all expected to generate 35 permanent full-time jobs.

“It has the potential to revitalize a part of the Nautical Mile that needs a shot in the arm,” said Fred Parola, executive director and chief executive of the Town of Hempstead’s Industrial Development Agency. “It will bring tourists and business travelers who will infuse the local economy.”

The Breeze, a 10-story apartment building with 238 units on Long Beach’s Superblock project, is being developed by the Engel Burman Group, joining two nine-story condo buildings stretching across six acres between Riverside and Long Beach boulevards.

The project is expected to generate $130 million in new taxes over the next quarter-century. once it’s completed in 2024.

In Valley Stream, honors were bestowed upon the Wellington, a multifamily complex on West Jamaica Avenue developed by Paramount Construction. There, more than 60 apartments are planned on a site where the Moore Funeral Home was once located.

Officials contend the project, when finished, will provide housing alternatives for younger people not willing to leave Valley Stream, but are unable — or unwilling — to purchase their own house.

“Young professionals are not single-family homeowners like they were in (the) 1950s in Levittown,” said Valley Stream mayor Edwin Fare, during a video presentation.

“The apartment is surrounded by mixed-use. And not only will the apartment bring people who will spend their money and their time — and hopefully be involved in their community — but the building is going to be paying more taxes than the property that was there beforehand.”

In Hempstead, it was the Estella housing development by Georgica Green Ventures that was honored, working with the non-profit Concern for Independent Living to construct nearly 100 affordable — more than 40 reserved for veterans.

Have an opinon about the Vision L.I. awards? Send us an email at jlasso@liherald.com