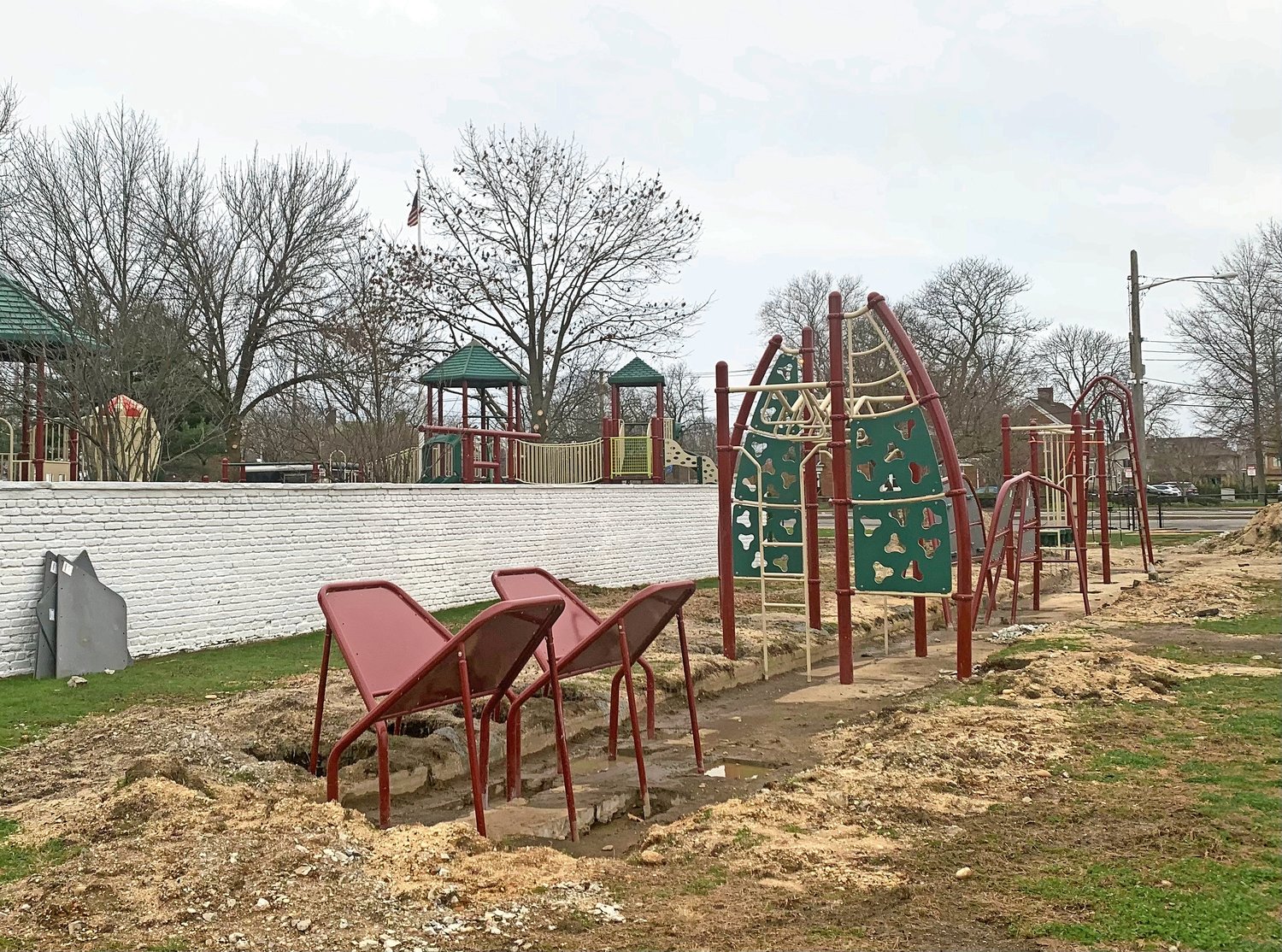 A new year brings a fresh start to many things and though demolition of the older playground equipment at Zion Park in Lawrence occurred late last year and the new equipment which was delivered on Dec. 14, a refurbished park with updated play apparatus will be ready for 2022.

Zion Park in the village will have new structures of slider and climbers in what is called the two- to five-year-old section of the playground. Also in that space will be two new spring riders and a T-swing was added, said Trustee Paris Popack, who along with Deputy Mayor Jeff Landy, spearheaded the park’s redesign.

In the redesigned five- to 12-year-old section will be a rock walk, a spiral slide and a spatial spiral climbing tower. All of the new equipment is compliant with the American Disabilities Act and protective ground covering will be installed or “poured and cured” as Popack said.

The playground’s redesign included moving the swings toward the section of the park that fronts Central Avenue, another bay of swings was added that has parents and children facing each other.

The $250,000 project will hopefully be expanded in the future with a 35’ x 35’ water park, along with a comfort station for Nassau County police and the volunteer auxiliary similar in style to the one in Andrew J. Parise Cedarhurst Park.

There was a lot of suggestions and complaints,” Popack said, about resident wanting a “bigger, better,” playground with “more excitement.” The idea of an improved playground was discussed for the past few years, especially as the population of children in Lawrence ballooned and the older, cramped playground appeared to outgrown its usefulness.

“As someone who has a young child it means everything,” Landy said. “Another one of the gems in the crown of Lawrence.” He noted it will be a destination place where parents take their children and grandparents take their grandchildren.
Landy credited Popack with the heavy lifting. “Paris did an incredible job, no one could have done a better job,” he said, adding the redesign creates a flow that did not exist before. Landy also gave a shout out to Mayor Alex Edelman for being the executive to make it all work.

Edelman called it a “united effort” from all the trustees and noted that Popack was at the forefront of finding the “best equipment” that was “reasonably priced.”

“Last year we noticed that the poles were rusty and we jumped in to fix the problem before we had a problem,” Edelman said, adding that it was important for the safety of the children and for people to enjoy the park.