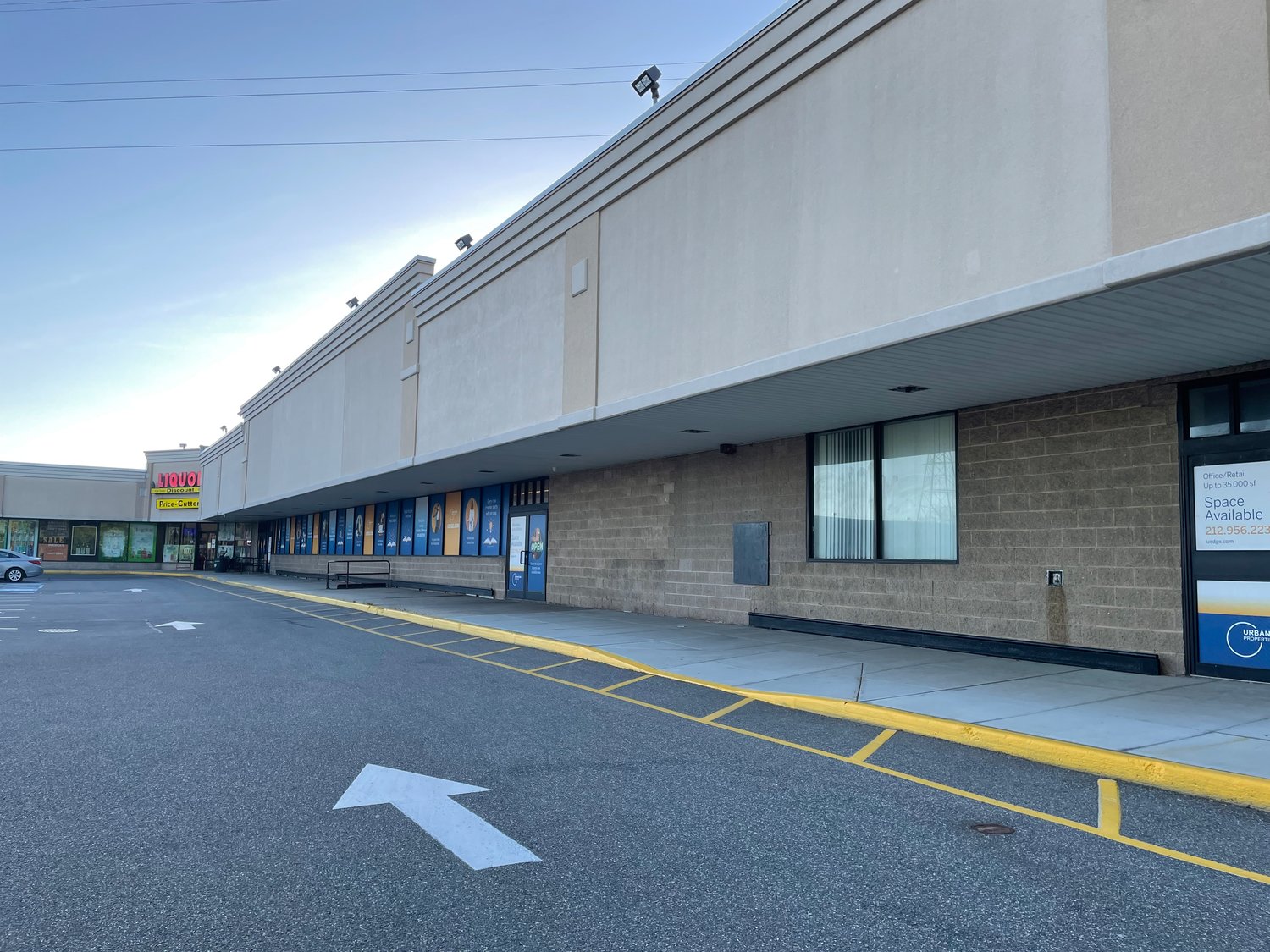 The vacant Stop & Shop in the Burnside Commons in Inwood was leased by Bingo Wholesale. A Bingo discount kosher supermarket is proposed for the space.
Jeffrey Bessen/Herald
By Jeff Bessen

The rumors turned out to be true as the discount kosher wholesaler Bingo is coming to Inwood as Bingo Wholesale has leased the 61,669-square—foot space in the Burnside Commons shopping plaza on Burnside Avenue that was occupied by Stop & Shop.

It is expected to open for Passover next year, April 15, depending on when the required Town of Hempstead permits are approved.

Bingo Wholesale is a joint business venture between Brooklyn-based Marav USA and Osher As, a supermarket chain of 20 stores in Israel. Bingo opened in Brooklyn in 2016 and also has stores in Lakewood, N.J. and upstate Monsey.

The Inwood Stop & Shop closed on Oct. 29 and the next day a brand new 67,000-squre-foot Stop & Shop opened on Rockaway Boulevard in the Five Towns Shopping Center and is listed as being in Woodmere by Stop & Shop officials.

Bingo officials did not respond to Herald inquiries. However other media outlets have reported that they are happy to open a store on Long Island. It would be the company’s fourth store in the United States. There are stores in Brooklyn, Spring Valley and Lakewood, New Jersey.

The kosher supermarket landscape in the Five Towns has expanded in the past few years. Though Brach’s closed in 2016, KolSave, also considered a discount supermarket, opened in the Lawrence space Brach’s vacated, along with Amazing Savings, a discount store.

Seasons filed for bankruptcy in 2018. Less than a year later the kosher food chain was purchased by the Bistritzky family and a group of investors. After streamlining operations, Seasons appears to be thriving as it overhauled the Lawrence store on Central Avenue, kept the Seasons Express on Doughty Boulevard running and opened another express store on West Broadway where Woodmere meets Cedarhurst.

Zeke Kreitner, Seasons’ general manager, said that the addition of Bingo, “It will definitely shake up some buying patterns.”

As Seasons aims to set themselves apart Kreitner said: “Our store has the highest level of quality and customer service and that is how we differentiate ourselves.”

In the KolSave parking lot last Sunday, a man who said he was familiar with Bingo having moved from upstate Monsey to Lawrence four years ago, said he would consider shopping at the new Bingo depending on prices and quality.