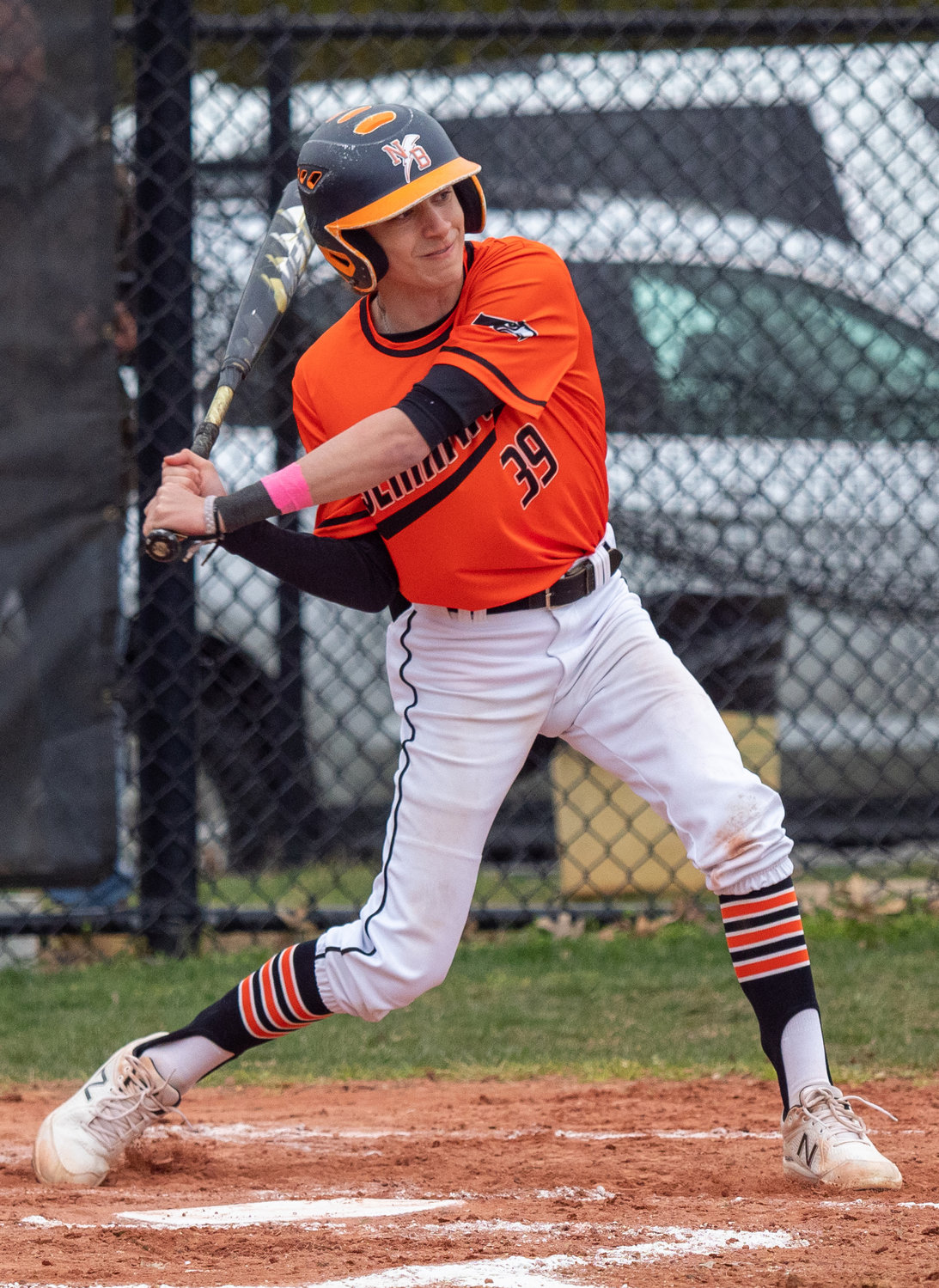 They may prove less persuasive, however, in his team’s Most Valuable Player Award voting – a state of affairs which helps explain why the Seahawks were named the No. 5 seed, among 15 teams, in the Nassau Class A playoffs starting Monday.

"Teagan had a monster season,” said fourth-year Carey coach Doug Robins, whose club went 15-2-1 in league to finish two games behind A2 champion Calhoun (17-1). “He’s been our main leader for two years. This year, though, we had more pitching depth to go along with hitting.”

An All-Conference selection last year, Graham all but solved the game offensively this season. The third-year-starting outfielder batted .517 with three home runs, 31 runs batted in and an .817 slugging percentage – all team highs except for homers, as junior pitcher/infielder Jake Perlowitz (.393 avg., 21 RBI) led Carey, and the conference, with four.

The fruits of such a fearsome lineup have been what one might expect: Carey has won six games this season by 10 or more runs, five via the mercy rule.

Ensuring Carey’s offensive fireworks aren’t wasted is a task that has fallen largely to two standouts on its staff: Ryan Degnan, a senior, and fellow righthander Jake Berenger (junior). If anyone other than Graham can be said to have carried Carey this season, it is Pace University scholarship awardee Degnan, whose six league wins led A2 and seven wins overall were tied for tops in Nassau. The six-foot-three hurler went 6-1 in conference with 71 strikeouts across 38 2/3 innings, against five walks, posting a 1.86 earned run average. Berenger finished 4-1 with 36 strikeouts in 24 1/3 innings.

“Ryan’s a real competitor who has dominated for us,” said Robins of the scholar athlete who carried a no-hit bid into the seventh inning in dealing Calhoun its lone loss, 2-1, April 25. “He kept us in that game [against Calhoun] when their guy (Brian Chin) was also no-hitting us,” Robins added.

Returning the favor, Calhoun has likewise played spoiler to Carey, taking the final two of their three-game set.

“This team is hungry,” said Robins, whose club exited last year’s playoffs with a first-round, deciding-game, comeback walk-off loss, 8-7, to eventual Nassau Class A champion South Side. “After what happened last year, they’re eager to take out some revenge.”

Carey begins its postseason with a first-round series against A2 rival Kennedy. Apart from the Seahawks’ pair of losses to Calhoun, the Cougars accounted for Carey’s only other conference non-win – a 9-9 tie March 31.