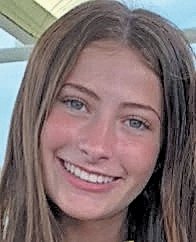 Holocaust Remembrance Day, known in Hebrew as Yom Hashoah, was on April 28. To commemorate the Holocaust in a meaningful way, HAFTR High School held an schoolwide assembly to reflect on and remember the six million who perished.

The assembly began with opening remarks from our Principal, Naomi Lippman. Then six candles, which represented the six million Jewish lives lost in the Holocaust, were lit. This year’s program was especially impactful because students had recently participated in the Lasting Legacies Project, where many students wrote essays on their family members’ stories about living through the Holocaust.

The essays have been compiled into a book to allow others to learn about the Holocaust and to keep these stories alive. Three students were selected to read their powerful essays to the school and share their family members’ experiences.

One essay that stood out was written by junior Eva Czegledi, which recounted her great-grandmother Magda Wohl’s story. When the war began, Wohl was taken away from her normal life, forced into Auschwitz, a deadly Nazi concentration camp, and spent her days in hard labor and her nights in crowded barracks.

Her youth was ripped from her, along with millions of others. Wohl was finally liberated from the camps and moved around after the war until she settled in America.

Czegledi concluded powerfully by saying, “My great-grandmother endured immense hardship and cruel events, yet she was the most loving and peaceful person I’ve ever met. My great-grandmother lived a happy life after the war, and she refused to live her life with any resentment or hatred toward anyone as a result of what she lived through. Although her losses and traumas scarred her, she remained committed to showing her children that they must live a life that fosters love.”

Czegledi’s words were echoed by similar stories from fellow juniors Rachel Czeisler and Eliana Perl. All three captured the tales of their heroic family members, tragic history and the emotion of everyone in the room.

There was a video created by the students in HAFTR’s video editing class, which was presented by juniors Ariana Haft, Gabrielle Kalish, and Erin Merrill. The video comprised personal interviews of Holocaust survivors, and imparted their powerful stories in an extremely personal way.

Weinberger shared an inspiring story of his father’s experience surviving the Holocaust. Rabbi Weinberger’s father was the only person in Mauthausen, a Nazi concentration camp, to have and use tefillin, a holy article that Jewish men use daily to pray. He did this to fulfill the promise he had made to his father on the last day they saw each other before being separated: to put the tefillin on daily.

Even with the immeasurable challenges and suffering, Weinberger’s father kept his promise and put on tefillin every day. He risked his life every moment he held the tefillin in his possession, as the Nazis would have punished this with immediate death had they discovered his secret.

Weinberger’s father survived, and with him, the tefillin did too. Even though the Tefillin aren’t in use today since it deteriorated with age, Weinberger still has it and brought it to show the HAFTR students. The tefillin represent the resilience and strength of the Jewish people, and even though the Nazis tried to kill every Jewish person and destroy the Jewish culture, we still stand strong today.

Holocaust Remembrance Day is vital to keep the memory alive of the six million Jewish people who were murdered. We will continue to keep their souls alive by commemorating their stories and living our lives to the fullest in their honor.

Every day should be Holocaust Remembrance Day to remember the tragedies that occurred and to inspire us to be grateful to be living life today. Never forget.