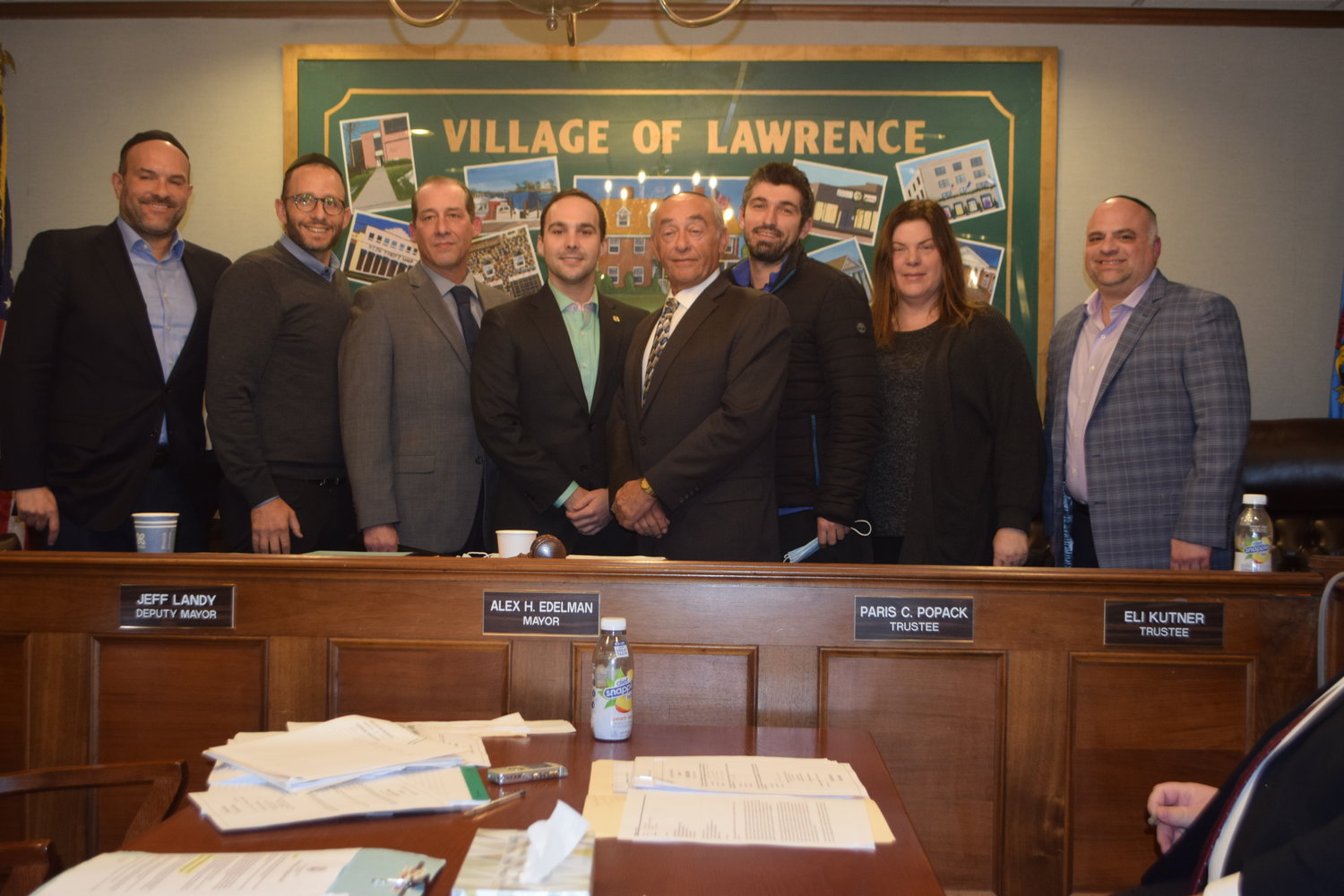 The mayor’s position in Lawrence village  is now synced in similar fashion with the trustees as the board approved new term limits for the top executive post by a vote of 5-0 after a public hearing at the Jan. 13 meeting.

Though he eventually voted yes and said, “It’s a good piece of legislation,” Trustee Michael Fragin was in favor of holding a permissive referendum, where the public could question the need for the change. Only a change in the terms of elected office would trigger a public referendum.

“Overturning term limits, after many decades, is not a matter that should be decided by parties who stand to benefit from the decision,” Fragin wrote in an email after the meeting. “That is why I called for a referendum so the voters could have their say on the matter.”

Fragin also played contrarian objecting to approving piercing the mandated state tax cap during another public hearing. The [state] comptroller set the cap at 2 percent this year compared to past years were it was much lower nearly zero,’ he said. “I don’t think that this local law is necessary to pass in this year. I don’t think we should be authorizing a property tax levy increase or even have the option to do so. We should stay within the tax cap as the state law was intended.”

Noting that the village board has passed the same legislation pretty much every year since the tax cap went into effect in 2012, Mayor Alex Edelman said: “We are staying within the tax cap this is just in case of a crisis. We have never used it.”

The cap limits the growth in property taxes to 2 percent a year or the rate of inflation, whichever is lower. For counties and villages to go beyond the mandated tax cap it requires 60 percent of their governing board. For Lawrence that means at least three of the five trustees would have to vote yes. School districts require 60 percent of voters to override the cap.

A quality of life issue was brought forth by four residents led by Elliot Mandelbaum. The community members who live near the Lawrence Yacht & Country Club are concerned that the new kosher snack that is planned to part of the expanded driving range could become a hangout for children. The trustees noted that any issues arising from the new venue will be handled swiftly.

Another issue being monitored by the village is the comings and goings of the new caterer at Temple Israel on the Gural JCC’s Harrison-Kerr Family Campus off Central Avenue. Resident Dr. Steven Rubell noted there is concern the caterer is running a commissary. Both Edelman and Trustee Eli Kutner said that the situation is being taken care of and the JCC is aware as well.

Nine out of the 12 security cameras have been installed. A public hearing will be held at the Feb. 10 meeting to amend the village noise ordinance. The meeting is at Village Hall, 196 Central Ave., Lawrence, at 8 p.m.