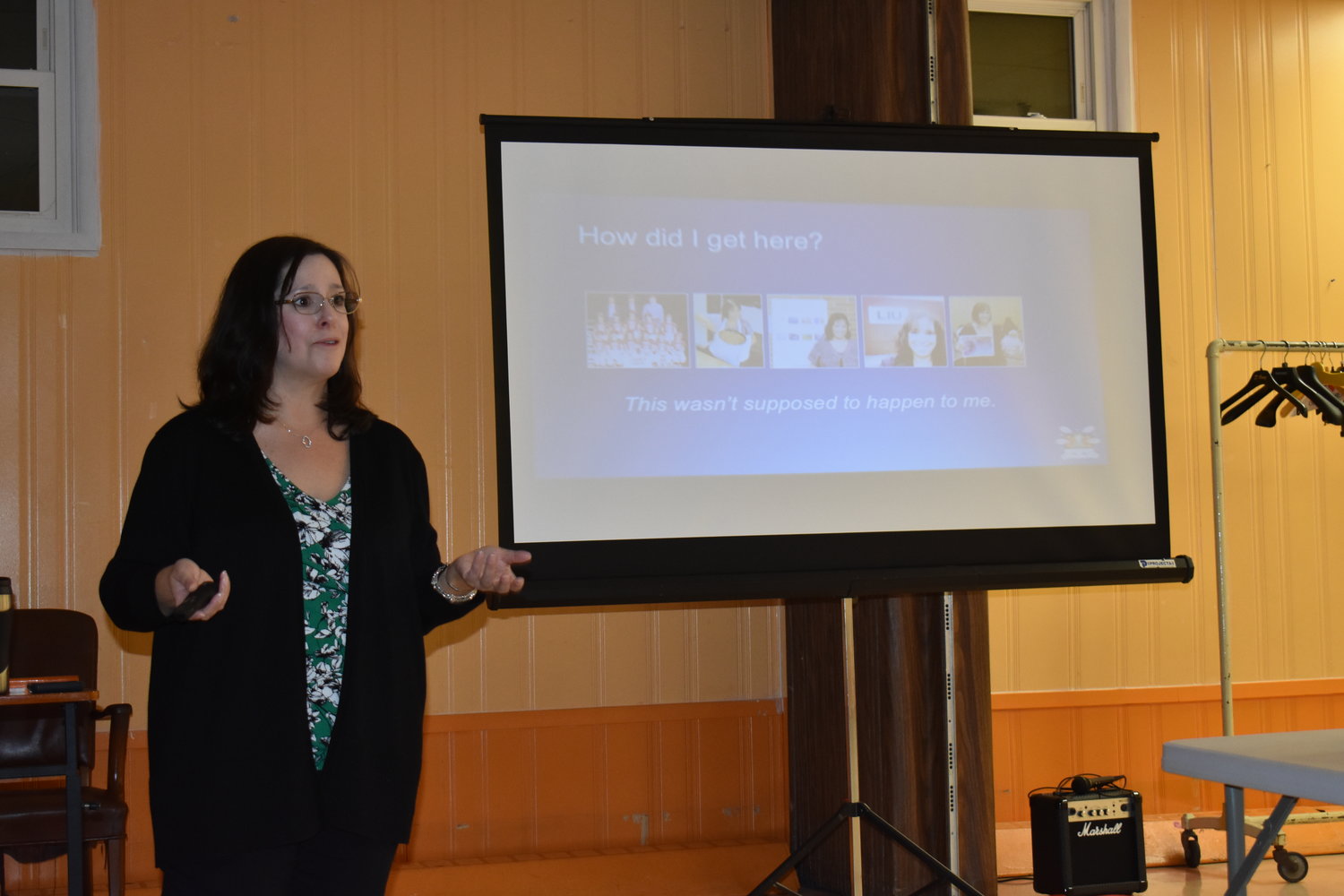 Using her own experience, Valley Stream resident Lisa-Michelle Kucharz discussed how to handle online harassment to both children and adults, at the Oct. 17 JCC cyberbullying workshop.
Tyler Marko/Herald
By Tyler Marko

Making the battle against online harassment, cyberbullying, personal, Valley Stream resident Lisa-Michelle Kucharz, used her own experiences as she spoke to about half a dozen attendees at the workshop hosted by the Marion and Aaron Gural JCC on Oct. 17.

Kucharz’s story began with receiving threatening messages and having defamatory postings made about her on Facebook and in emails in September 2014. The harassment continued for two years before Canadian police arrested Dion Tyson, a woman from Ontario, Canada for the online harassment. Tyson was sentenced to six month in jail for her crime.

Such cyberbullying appears to be more commonplace as 59 percent of teenagers and 41 percent of adults in the United States have reported being cyberharassed, according to a 2018 Pew Research Center study conducted in March and April. The study also found that 20 percent of Americans have dealt with what was called “severe forms of harassment online,” including harassment over long periods of time, physical threats, sexual harassment or stalking.

Despite the frequency, just more than half, 52 percent of teens, actually report being harassed online, Kucharz said. She noted that studies have found that these young people fear having their cell phone taken away should they report the cyberbullying.

Natasha Chait is studying to become a school psychologist at Queens College and said after the presentation that knowing the reasons that students may not want to come forward could help them deal with these situations. “I think that it would be good to address if there ever a student who we’re seeing and is hesitant to approach their parents or an authority figure,” she said. “I think that just knowing [their motivations] will help.”

Adi Carlucci, a North Woodmere resident and the mother of a two children 7 and 11, said that she attended to not only learn how to handle a situation where her children were being bullied online, but also how to prevent her children from ever being the ones to do the bullying. “It really resonated with me to not use the word bully,” she said. “That labeling the child in that way really sticks with them.”

Kucharz also covered strategies for dealing with the harassment. These included documenting everything, contacting the police or school and retaining the services of a lawyer as soon as possible.

She said that she wants people to leave knowing there are ways to deal with the situation, and they don’t have to live with it. “I hope the attendees walk away with a sense of hope,” Kucharz said. “That should they or someone they know experience cyberbullying or online harassment that they can stop it prevent it and get the help they need.”

More information, resources and advice for handling online harassment can be found at Kucharz’s website, www.lmkucharz.com.