Taking Back Sunday takes on Mulcahy’s 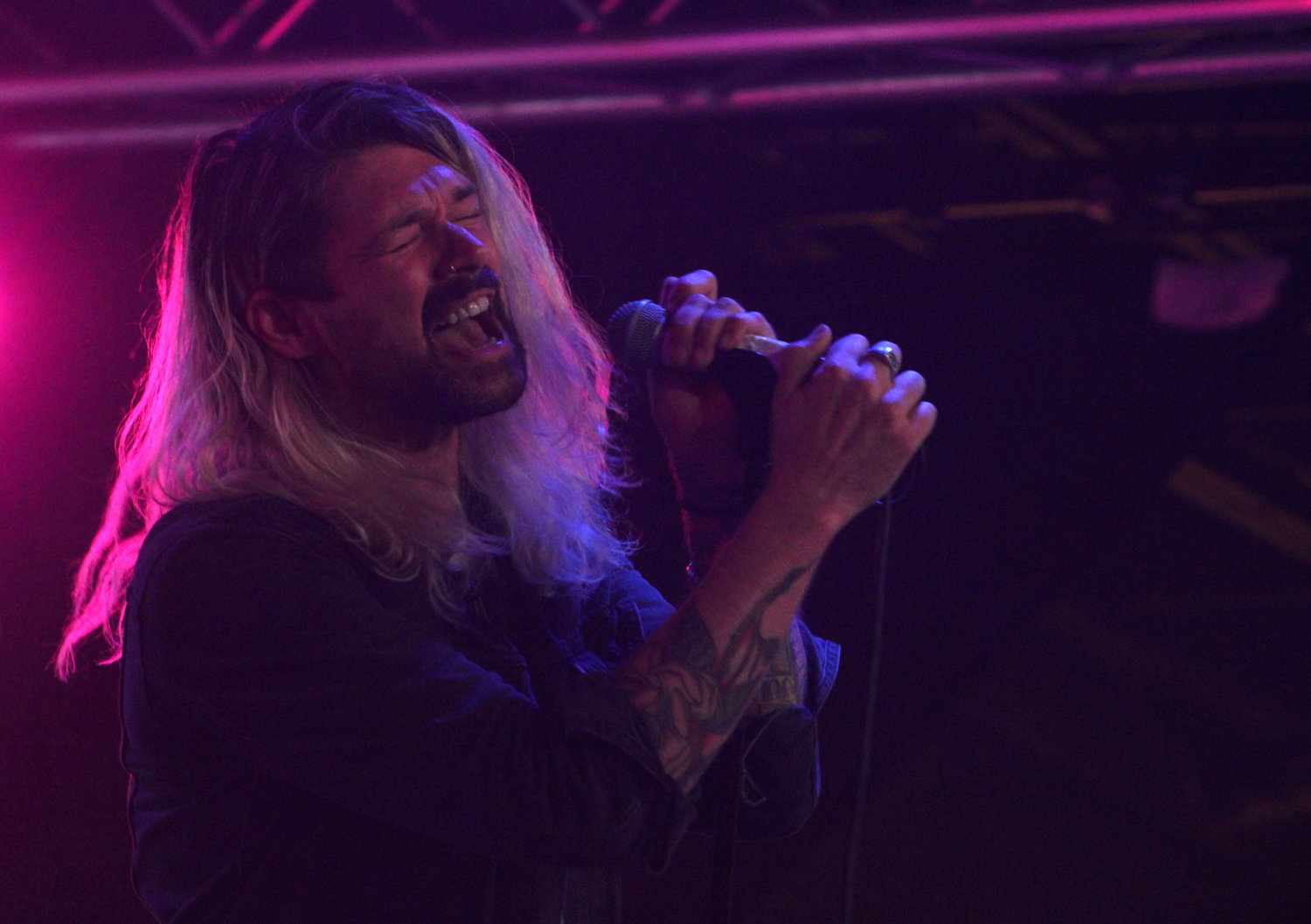 Taking Back Sunday vocalist Adam Lazzara gave his all at a sold-out show at Mulcahy’s Pub and Concert Hall in Wantagh on Dec. 9
KATE NALEPINSKI/HERALD
By Kate Nalepinski

For the first time ever, Taking Back Sunday – the rock giants that hail from Long Island – took the stage at Mulcahy’s Pub and Concert Hall in Wantagh at two back-to-back sold-out shows last week.

The Dec. 8 show was the first time the group had performed on Long Island in two years. Tickets for the Wednesday performance sold out rapidly and broke a record for the fastest sold-out show in Mulcahy’s history, stage manager Rick Cappiello said last week. The Dec. 9 show was added after the overwhelming demand.

The crowd brought high energy to the Railroad Avenue venue, which was recently renovated and expanded to accommodate 1,650 individuals, according to its website. The group opened with “What’s It Feel Like To Be A Ghost?” from their 2006 album Louder Now.

The seasoned performers with over 20 years of experience hit all the classic tracks that fans were eager to hear, including “You’re So Last Summer”, “Liar (Takes One To Know One)”, “A Decade Under The Influence”, “Timberwolves At New Jersey” and an unpredictable cover of Weezer’s track, “My Name Is Jonas.”

The Dec. 8 show was also the first time that Straylight Run, an emo band from Baldwin, has played a set in 12 years. The group, which has toured with notable alternative acts including Simple Plan and Coheed and Cambria, announced they were going on a hiatus in 2010. Two of the band’s members, John Nolan and Shaun Cooper, have been performing with Taking Back Sunday.

Vocalist Adam Lazzara made many references to his Long Island roots throughout the performance, even jokingly referencing when he once was kicked out of the Wantagh venue after he tried to enter by using guitarist and co-vocalist Nolan’s I.D. at the door.

Immediately after performing “Cute Without The ‘E’ (Cut From The Team)” on Dec. 9, an animated Lazzara referenced the prior night’s show: “Last night was so loud. It was so, so loud,” he said. “But this was incredible ladies and gentlemen. Thank you.”

Lazzara thanked Mulcahy’s organizers and the crowd once again before the group closed with  “MakeDamnSure.”

“We’re all so grateful to be here. … There’s something about this place and I feel like I’m ten feet tall,” he said as the crowd cheered. “So, thank you.”

On Dec. 10 and 11, Taking Back Sunday went on to perform two sold-out shows at New Jersey venue Starland Ballroom, an annual holiday tradition for the group.