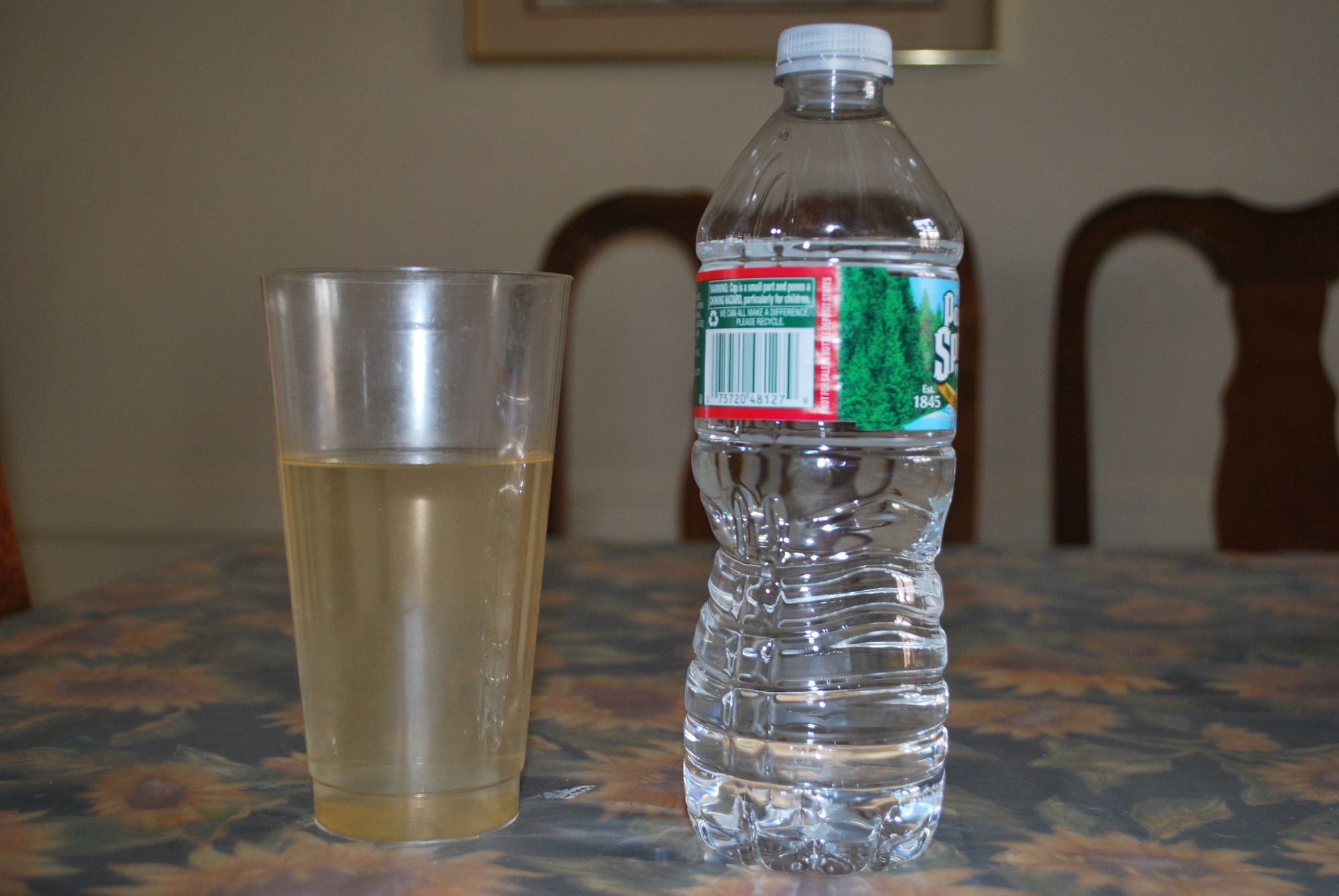 Iron sediment causes the discoloration of water in the Five Towns. Replacing the old pipes and filtering reduces the occurrence of brown water.
Jeffrey Bessen/Herald
By Jeff Bessen

A crisis such as the one that has occurred in Flint, Michigan, where lead contamination was found in the city’s drinking water is much less likely to happen in the Five Towns, according to officials from New York American Water, the company that oversees water distribution in those South Shore communities.

“There has been no lead contamination in Long Island’s water supply for over thirty years,” said Brian Bruce, president of New York American Water. “All Long Island water providers exhaustively test and treat for lead content.”

Bruce said that all lead and copper test results are shown to residents in the annual water supply statement prepared by each water supplier. “The tap water remains to be of the highest quality possible and safe to drink,” he said. “When water is in high demand or moving at a faster pace, it can stir up the sediment and cause discoloration.”

In the Five Towns, especially in the villages of Cedarhurst and Lawrence, the problem has been water discoloration, brown water, due to the age of the cast iron pipes. Loose sediment settles to the bottom, is built up along a pipe’s interior or could be stored in a hot water heater.

“We have two problems with the delivery system,” said Lawrence Mayor Martin Oliner. “The pipes are old and the iron makes the water brownish because it is not deionized.”

There is an iron-removal plant treatment plant in Hewlett that serves the Five Towns. The facility uses a filtration process to ensure that the water meets or exceeds all regulations, Bruce said.

The outdated cast-iron pipes are being replaced, Bruce added. Since 2014, New York American Water has invested more than $4.6 million in the Five Towns to replace more than 21,000 feet of main piping with cement-lined ductile iron pipe, which is more durable and resistant to corrosion and sediment build-up than the original unlined cast iron mains. This year, NYAW budgeted more than $4.3 million to replace another 18,500 feet of main piping in the Five Towns.

Cedarhurst had a 100-year-old water main replaced last year to increase the volume of water delivered and improve water pressure as the water now travels in a loop, Mayor Benjamin Weinstock said. “I’m not aware than we have a problem worse than any other community,” he said. “It was explained to me that the water has microscopic particles that leave brown stains. The solution is to install a filter on the hot water line and a product such as Iron Out eliminates the stains.”

Bruce reiterated that water supplied to the Five Towns “meets or surpasses all Nassau County Department of Health regulations for iron.” The water is treated by a National Sanitation Foundation-approved chemical additive used for corrosion control and to keep iron molecules isolated.

The corrosion inhibitor is sodium silicate, which can break down in hot water systems with a temperature that exceeds the recommended 120º and cause water discoloration. New York American Water customers can call (516) 900-1225 to get a Hot Water Kit with additional information about iron and discoloration issues, and instructions for properly flushing and draining hot water tanks.