With cyberbullying on the rise Gural JCC in Cedarhurst holds Oct. 17 forum 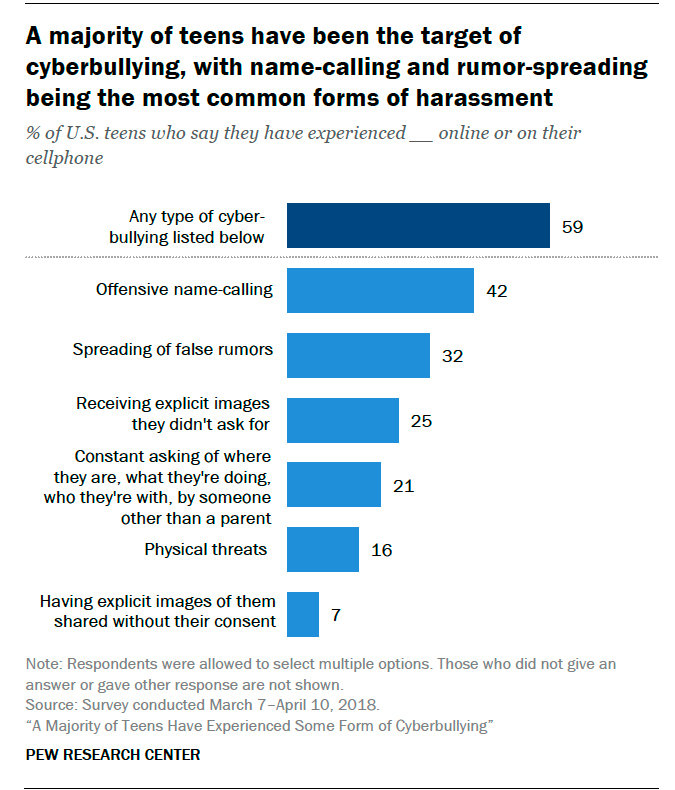 To read the Pew Research Center’s report on cyberbullying, go to https://pewrsr.ch/2R4NZJd.

How to handle cyberbullying and online harassment

If you or your child is in immediate danger, call 911.

If the harassment includes private messages, emails or text messages, send the person responsible messages such as “Stop” or “Do not contact me again.”

Don’t retaliate or engage with the harasser.

Save your documentation in multiple locations.

If the harassment continues or includes threats of violence, contact the police.

Should students experience cyberbullying by students in the same school or school district, parents should request to meet with the principal.

Consider contacting a lawyer to understand the relevant laws in your state. Advocate on your behalf with law enforcement, the school or organizations; consider getting a cease and desist order or assist with defamatory content removal.

A woman who was stalked online and saw her harasser sent to prison will present a cyberbullying and online harassment prevention workshop at the Marion & Aaron Gural JCC in Cedarhurst on Oct. 17.

Lisa-Michelle Kucharz, of Valley Stream, who describes herself as a cyberbullying prevention advocate, was cyberstalked starting in September 2014. The recurring Facebook postings and emails lasted for 16 months.

After hiring a private investigator, Kucharz learned that the harassing online messages were from a woman, Dion Tyson, who lived in Ontario, Canada. The harassment began after Tyson started dating a man, former UFC fighter Luke Cummo, whom Kucharz had also dated. Cummo was Kucharz’s personal trainer.

“Social media is one of the greatest gifts of the 21st century, connecting families around the world, long-lost friends, professional peers, people with similar interests, homebound seniors, the physically challenged and more,” Kucharz said. “With so much more of our lives taking place online today, we owe it to ourselves and future generations to make the digital world safe.”

Fifty-nine percent of teenagers and 41 percent of adults in the United States have reported being cyberharassed, according to a 2018 Pew Research Center study conducted in March and April. It also found that 20 percent of Americans have dealt with what was called “severe forms of harassment online,” including harassment over long periods of time, physical threats, sexual harassment or stalking.

A year earlier, 33 percent of teenagers had experienced online harassment, such as threatening messages, emails or texts sent to others without their permission, having an embarrassing photo posted without consent or rumors being spread online, according to the 2017 Pew Internet & American Life Project.

“But even as most parents are confident they can educate their child about proper online conduct, [they] are concerned about the types of negative experiences their teen might encounter online,” Pew Senior Researcher Monica Anderson wrote in an article highlighting the report’s findings.

Pew also reported that girls 15 to 17 are 41 percent more likely than boys to report experiencing cyberbullying. Teen suicide caused by bullying and cyberbullying is on the rise, and advocates, civic leaders, educators, parents and school administrators need to address ways to reverse this trend, experts in the field said.

“Cyberbullying and online harassment have become serious, frightening and widespread issues,” said Rachayle Deutsch, the Gural JCC’s cultural arts and education director. “With family members of all ages accessing the internet and computers and on their smartphones, the possibility of even young children being victims has increased.”

In December 2014, Kucharz reported her cyberstalker to Nassau County police. After Tyson was tracked down, she pleaded guilty to criminal harassment a year later and served six months in an Ontario correctional facility.

“Stopping someone who is cyberbullying may be difficult, but it’s possible,” said Kucharz, adding that attendees of the seminar will learn practical steps to prevent and stop cyberbullying, how to recognize that children might be experiencing online harassment and information on support resources.
Report an inappropriate comment