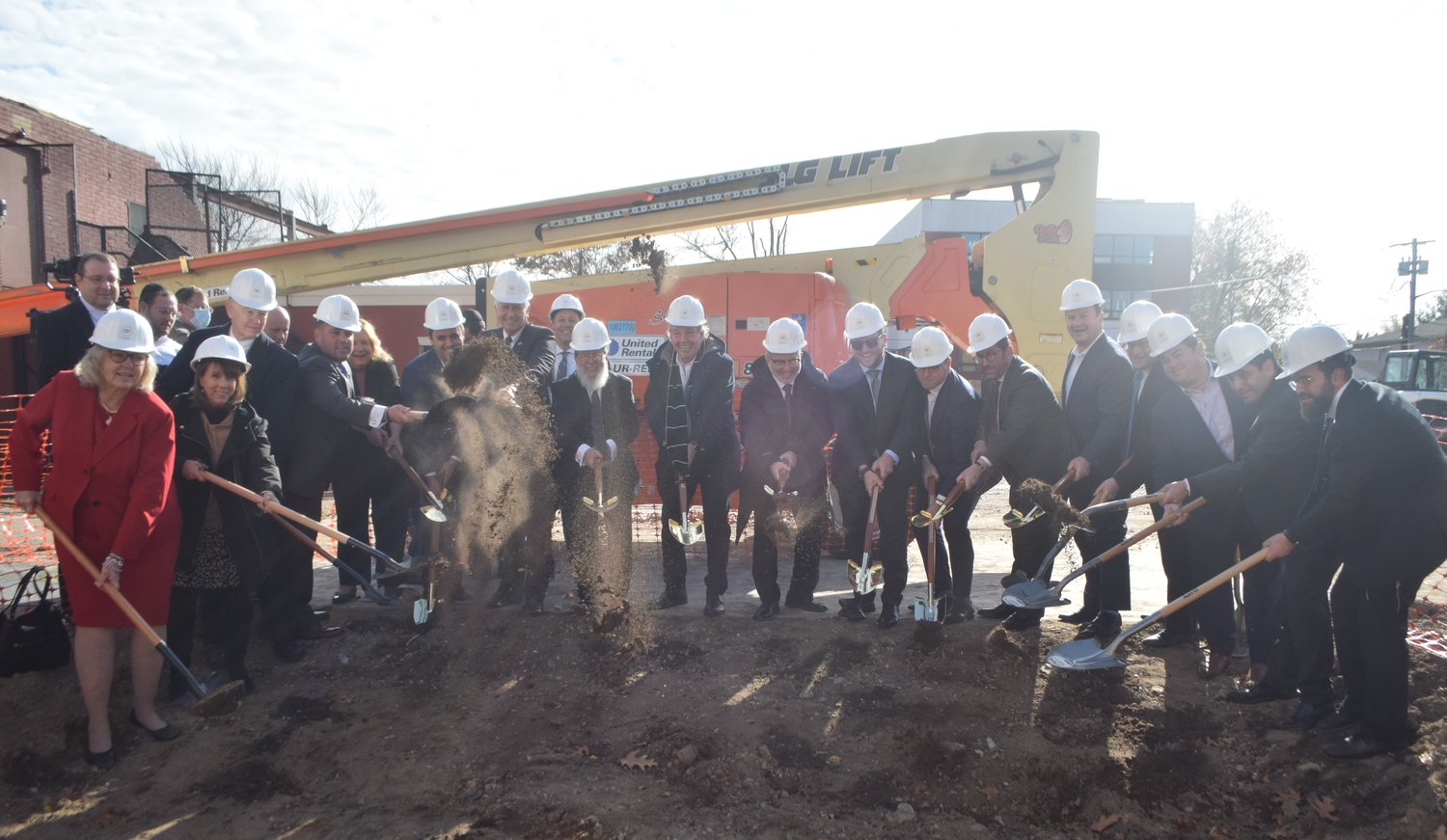 Dirt was flying with the ceremonial groundbreaking for the new Yeshiva of South Shore school building.
Jeffrey Bessen/Herald 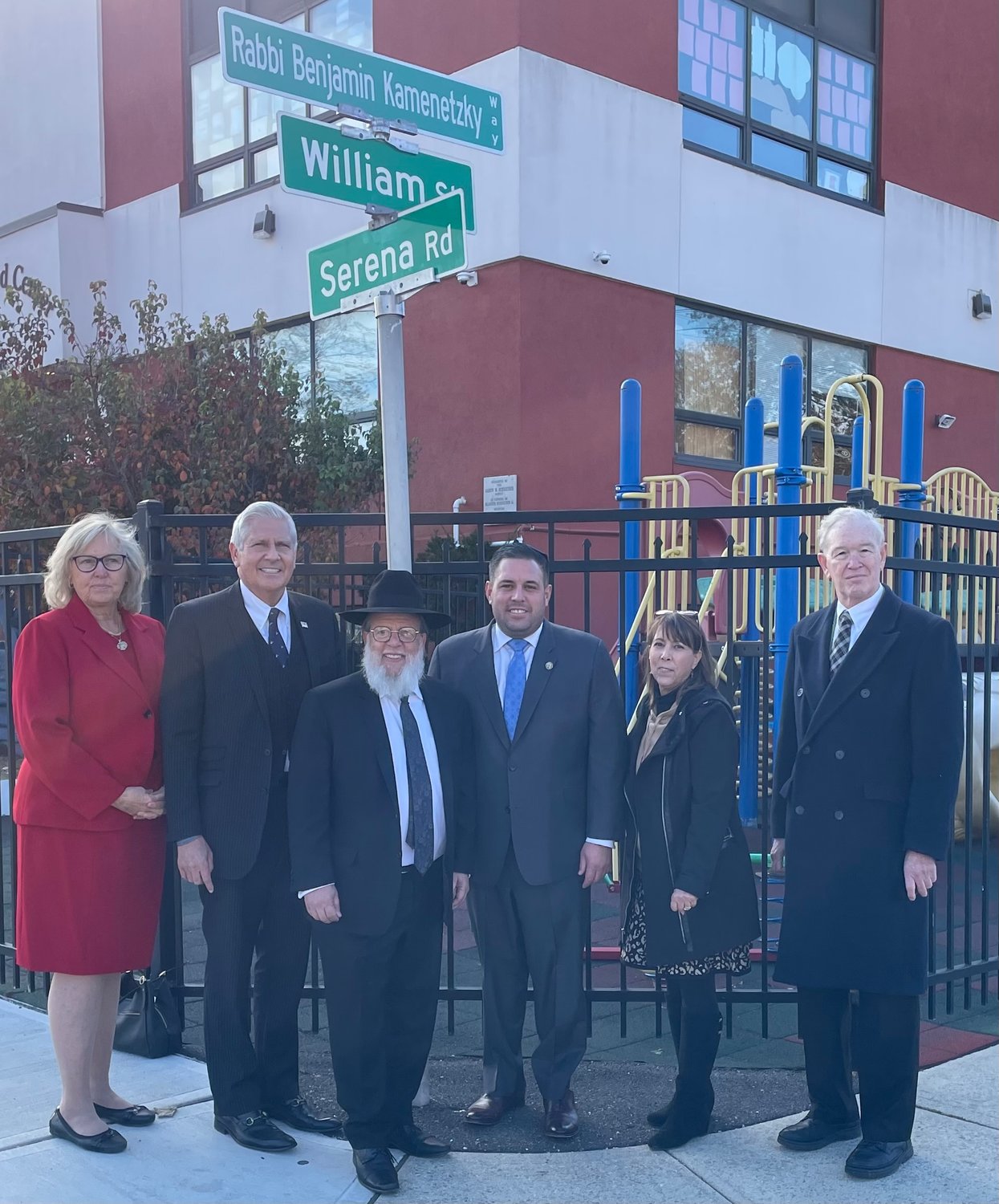 A huge swath of the outside play area was covered with folding chairs, the basketball hoop poles were decorated with balloons and the dais ran half the length of one side as Yeshiva of South Shore in Hewlett, an Orthodox Jewish boys only school, celebrated a groundbreaking of a new building and the street dedication for its founder on Nov. 21.

Rabbi Benjamin Kamenetzky established the school known as YOSS in 1956, the first yeshiva on Long Island, and in the 65 years since the yeshiva opened it has grown; expanding its educational offerings and its impact, including the influence of Rabbi Mordechai Kamenetzky, the founder’s son.

Blakeman’s family history goes back to the 1960s knowing Rabbi Benjamin Kamenetzky — who died in 2017 — when Blakeman’s father was the area’s State Assemblyman.

“He was one of the most positive people I ever met in my life,” Blakeman said. “The cup was never half empty, it was always half full. No job was too tough. No task was too arduous, for Rabbi Benjamin Kamenetzky. He only knew one way to go and that straight ahead, and that’s why we have the community that we have here today.”

As Blakeman and others spoke, several shovels with hard hats stood nearby for the ceremonial groundbreaking the two-story brick building with 15, 620-square-foot classrooms along with resource and enrichment rooms, science laboratories, a 1,200-square-foot English/Hebrew library, state-of-of the art Smartboards, a woodworking shop, an office for Cahal, the Cedarhurst-based yeshiva program for children with learning challenges, and offices. High-speed internet connectivity and an atrium connecting the lower division with the upper division for the school that goes through eighth grade.

"There are 692 stories and each child has a story,” said Mordechai Kamenetzky, the school’s dean, using YOSS’s enrollment as part of the metaphor. “They need a home that meets the challenges of the 21st century.” A substantial donation from the Friedman family, Daniel and Judy of Los Angeles, will fund the construction.

Ari Goodman, a board member and school parent, recalled his first meeting with Benjamin Kamenetzky roughly 13 years ago. After a brief talk, the rabbi asked for a ride to the bank, then said one more stop.

It was to help a person in a similar business as Goodman, who Kamenetzky thought could use some advice. “He was always going from point A to point B,” Goodman said, “he became a friend.”

Blakeman said that Benjamin, who he called a “dear friend,” had friends everywhere and knew how to cross political party lines.