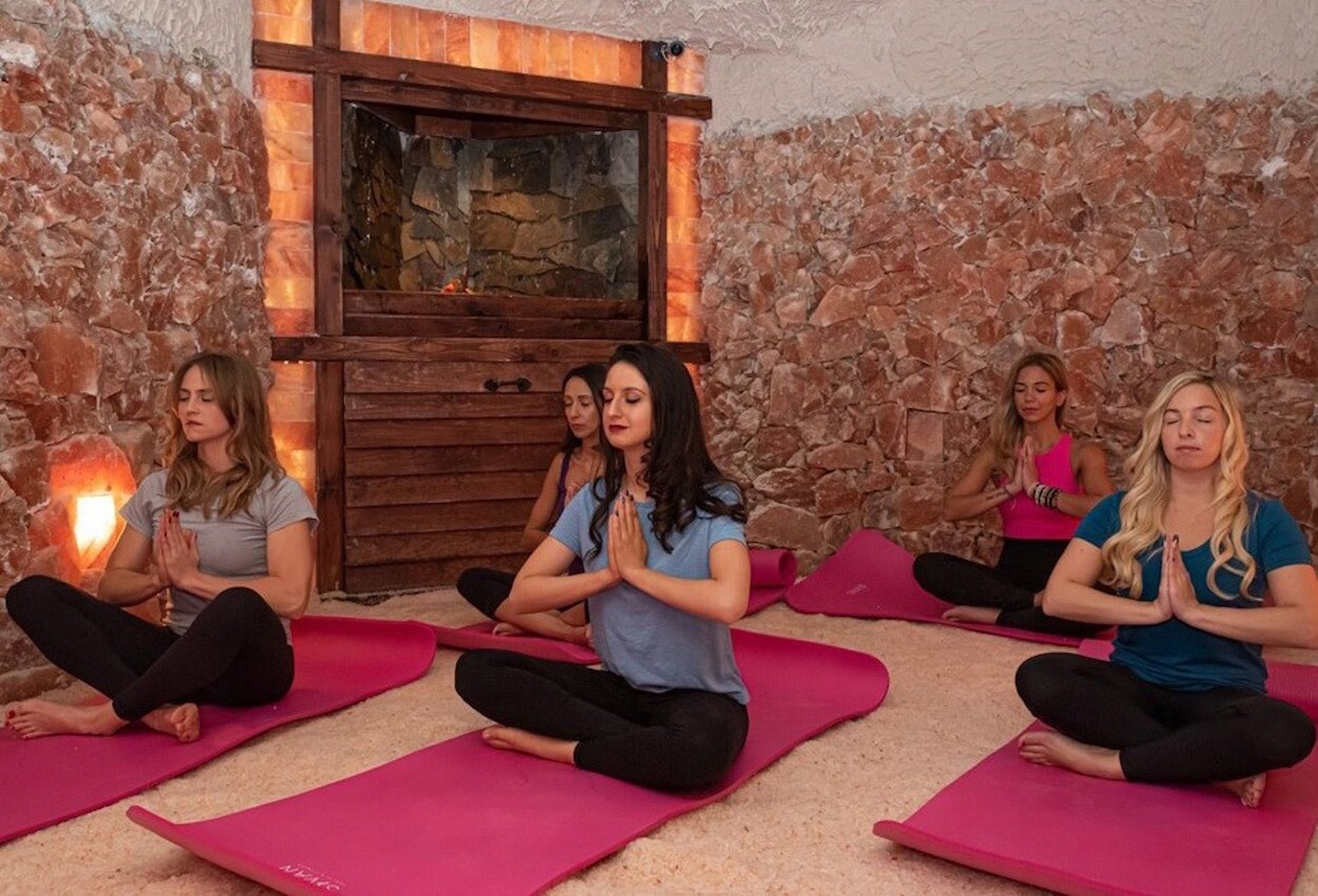 The Franklin Square location offers yoga courses inside its salt cave along with its spa services.
Photo courtesy of Tranquility Foot Spa and Salt Cave

The people are very friendly, and I like it here”
Angela Cui, Owner, Tranquility Foot Spa and Salt Cave
By Robert Traverso

After moving from China to Nassau County a decade ago and building a successful operation at their Franklin Square location at 700 Franklin Avenue that opened in 2016, the owner and operator duo of Tranquility Foot Spa and Salt Cave launched another location in Levittown on July 8.

Angela Cui, the owner of the foot spa and salt cave company, worked as an accountant in China before she moved 10 years ago to the United States. After she grew fond of the U.S. during a vacation here years earlier, she decided to leave China for the U.S. in search of more space and freedom and in pursuit of a new life.

Cui, who has lived in Elmont for six years and has a six-year-old son, came to the U.S. when she was pregnant because she wanted her son to have a quality education.

Before this, Cui had a successful career in a family-run business in sales and marketing in an industrial management company. While Cui ran a larger business in China with her husband, her dream has always been to own her own small business.

The China native started her entrepreneurial dream in the U.S. when she opened a business smaller than Tranquility Foot Spa and Salt Cave before opening the Franklin Square location in June 2016.

Since then, Cui has achieved her dream: the Franklin Square location has been open for six years and currently hosts over 1,000 clients regularly. In June 2019, the company opened its first salt cave, which Cui said promotes health and wellness, at the Franklin Square spa.

The benefits of dry salt air, which Cui said is more powerful than moist air, are considered to be driven by the negativity charged ions in salt, which the company says improves health and mood.

“Inhaling particles may reduce inflammation and mucus in the lungs, improving respiratory conditions such as asthma, allergies, bronchitis, sinus congestion, and chronic obstructive pulmonary disease COPD,” the small business explained in a statement. Cui said that the process can help to reduce inflammation in the body and lessen mucus production, making it easier to breathe.

“The results are tremendous,” said Angela Wang, who moved to Queens 10 years ago after leaving China, where she worked in the health and wellness industry.

Wang, who played an outsized role in the design of the new Tranquility Spa 2 and Salt Cave in Levittown, took the lead on the new designs at the company’s new spa, located at 2890 Hempstead Turnpike in Levittown, where a grand opening was held on July 8.

While Cui and Wang are dedicated to expanding the reach of Tranquility Foot Spa and Salt Cave into new communities, Cui said she has grown fond of Franklin Square over the years.

“The people here are very friendly and I like it here,” Cui said of the community and residents of Franklin Square.