Rendering of the memorial created by Franklin Square resident 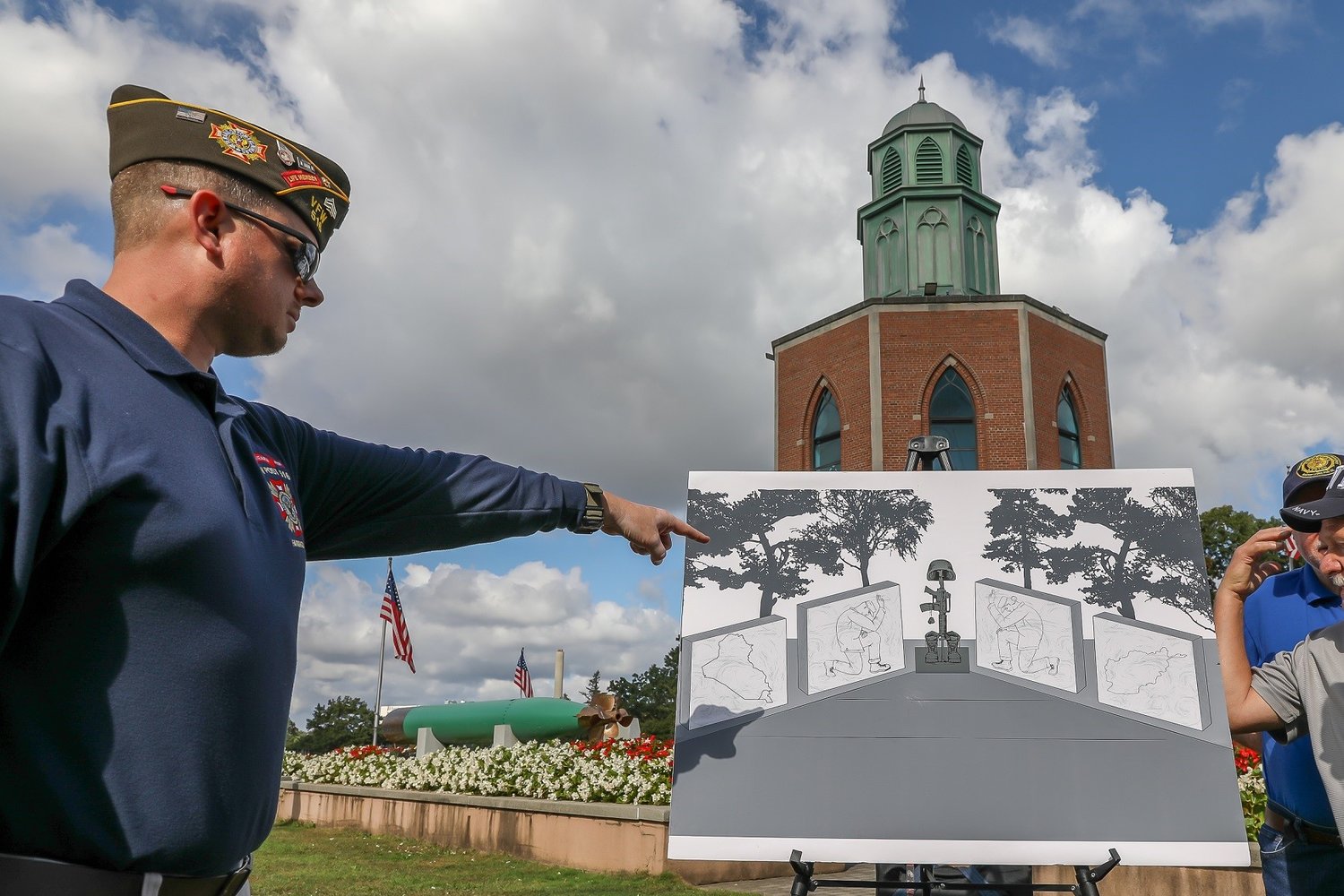 A rendering of the monument’s design was created by Maia Fernandez of Franklin Square.
Courtesy Office of Nassau County Executive Laura Curran 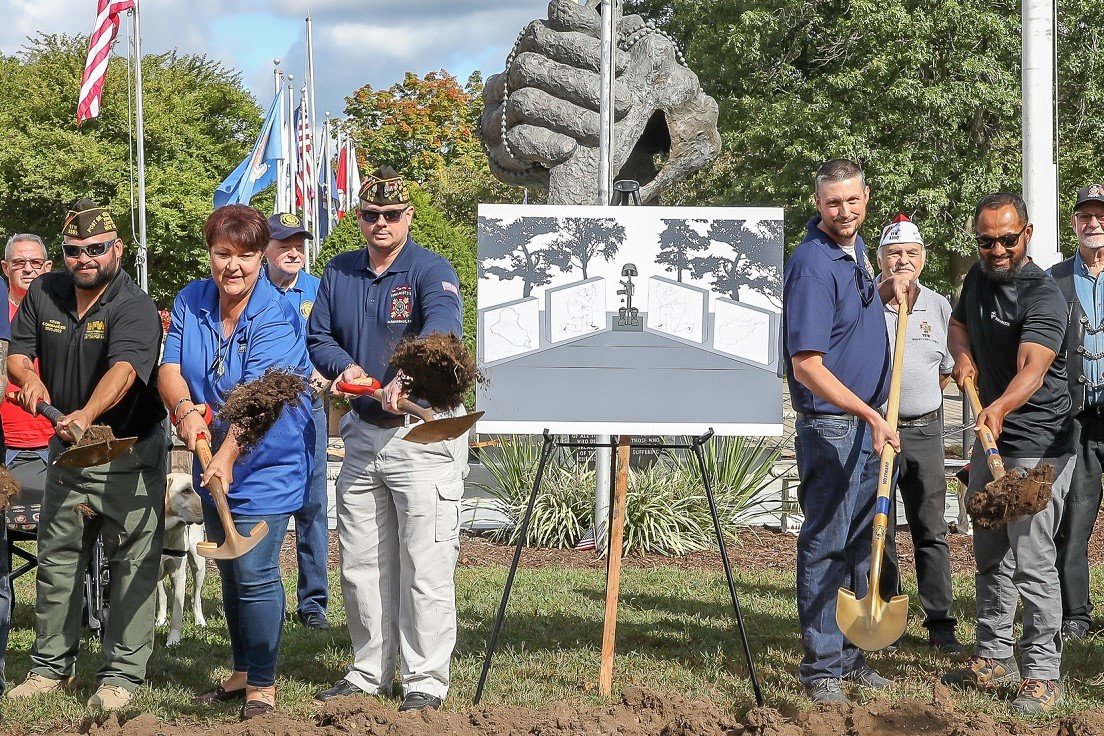 The county broke ground at the site of the monument on Oct.
Courtesy Office of Nassau County Executive Laura Curran
Previous Next
By Robert Traverso

Construction of a monument dedicated to veterans of the Afghanistan and Iraq wars was announced by the Nassau County Veterans Service Agency, local veterans and Nassau County Executive Laura Curran on Oct. 8, who broke ground at the site of the monument on the 20th anniversary of the deployment of U.S. troops to Afghanistan.

The monument, “a new war memorial to commemorate the military members that bravely served our Country in Afghanistan and Iraq,” is being designed, installed and fundraised for by the Nassau County Council Veterans of Foreign Wars in partnership with the county, according to a statement released by Curran’s office. Maia Fernandez, a 23-year-old from Franklin Square, created a rendering of the design of the veteran’s monument.

Located at Veterans Memorial Park in Eisenhower Park, the Afghanistan-Iraq wars monument will be the first on Long Island and one of the first across the state dedicated to the veterans who served in the modern conflicts in the Middle East.

"We are excited to have the assistance from our community to properly respect and honor our veterans in building this monument, which we feel was overdue," said Heroes Among Us founder Virginia Cervasio.

Over 2.5 million Americans have served in both the wars in Afghanistan and Iraq and over 7,000 U.S. servicemembers died serving in those wars.

In addition, the monument will serve as a tribute to the 30,000 veterans who have died by suicide since the attacks of Sept. 11, 2001. “This monument is a tribute to our Afghanistan and Iraq veterans, and this will be another way for us to engage with our fellow vets and get them involved," said Christian Peterkin, commander for the Nassau County Council Veterans of Foreign Wars.

The monument will commemorate all veterans who served in the wars in Afghanistan and Iraq.

"Over the past 20 years, millions of men and women have volunteered to serve our great nation and protect our freedoms — many of whom did not make it home,” Curran said. “All those Americans deserve our deepest gratitude and recognition for their service to our Country.”