One more for commish 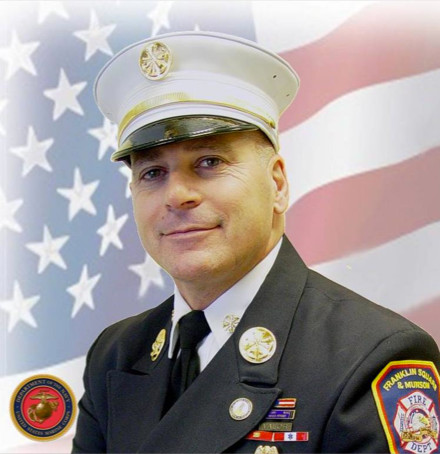 A new candidate has joined the fray for the Franklin Square fire commissioner election on December 8. Christopher Gioia, a 30-year member of the Franklin Square and Munson Fire Department has served as Chief from 2007-2012. He is also a veteran of the Marine Corps as well as an EMT for 25 years.

“Being Chief for five years and working with the Fire District during that time, I know exactly what it takes to run the department,” said Gioia. “More importantly, I know how to get things done in an efficient, practical, and professional manner so as to keep providing the outstanding fire, rescue, and EMS services.”

Gioia took exception to comments that current fire commissioner Jerry Nappi said in the November 19 issue of the Herald.

“In my opinion, this board is totally out of touch with the Fire Department and the community it serves,” he said. Gioia referenced the new building that Nappi and the four other commissioners will move into as a perk and something that wont service the rank and file members of the department.

“If this is “doing the right thing” I would really hate to see what the wrong this is,” he said. “That is why I am running for Fire Commissioner, to restore fiscal sanity to the fire district and to help restore the faith of the community to which the commissioners are elected to serve.”

Along with Nappi, Gioia is also running against Joseph Gerrato, a captain in Engine Company 1.

“I have dedicated my entire career to the fire department and the community,” Gioia said. “If elected I will continue to serve with values that the members of the department and community have come to expect.”