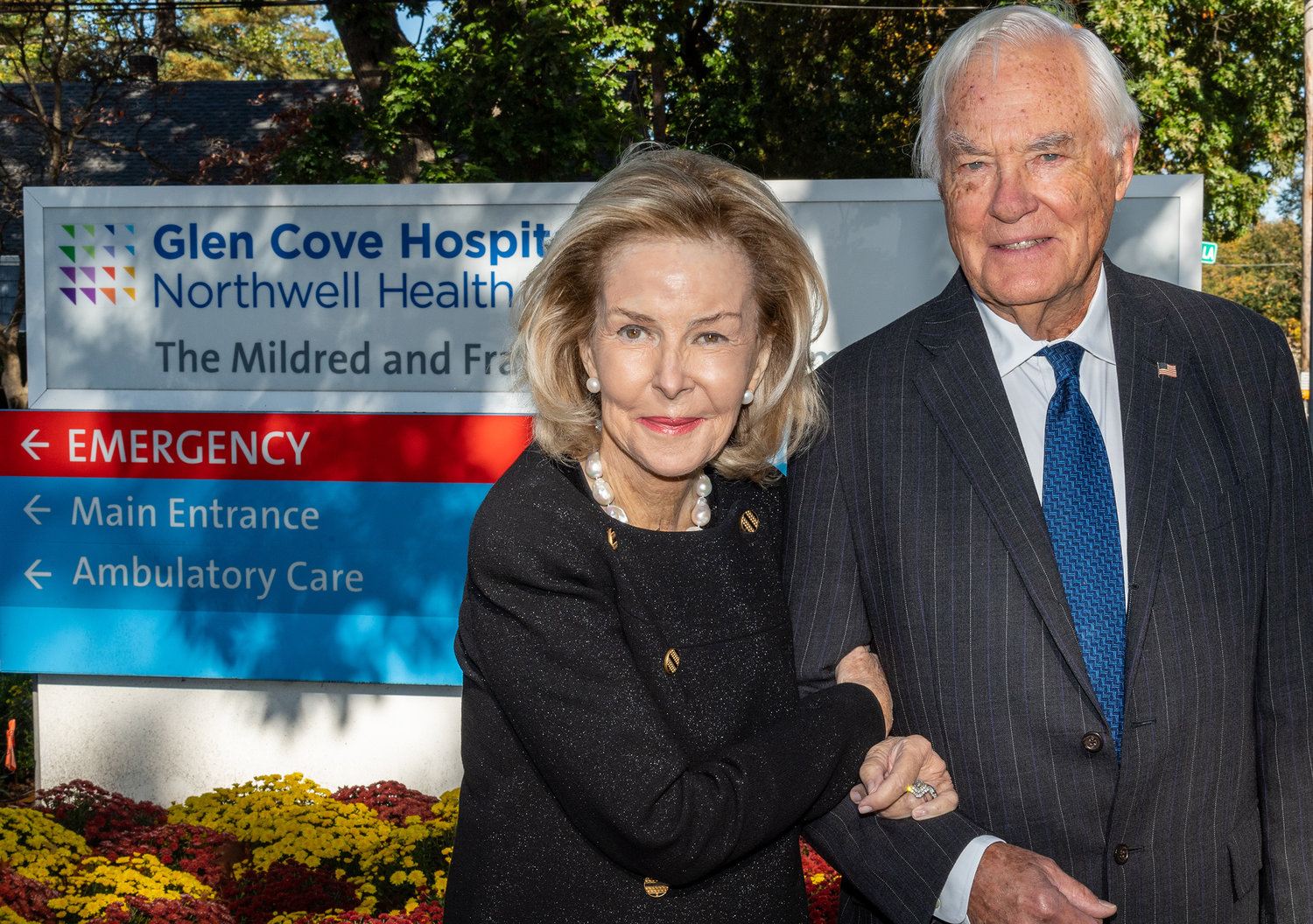 Diana and John Colgate donated $1 million to Glen Cove Hospital for the purchase of an in-house MRI.
Courtesy Northwell Health

More expansions are expected at Glen Cove Hospital, including an MRI suite, thanks to a donation from a North Shore family. The hospital recently received a $1 million gift from John and Diana Colgate for the purchase of its first in-house MRI machine and the creation of an MRI suite. The amount contributes significantly toward the $3 million total cost that the hospital is raising to purchase this technology, which is critical for detection, diagnosis and treatment of many medical conditions.

“We are so grateful for this gift from the Colgates, which will elevate the care and comfort of all our patients,” said Kerri Scanlon, the hospital’s executive director.

The Colgates have supported Glen Cove Hospital for more than 40 years, including donations to the oncology and emergency departments. They were inspired to make their latest gift to help bring an MRI to Glen Cove Hospital after Diana Colgate’s personal experience last year. While being treated as a patient at the hospital, Colgate’s care team determined she needed an MRI.

“I thought to myself, there are so many more people here who are sicker and older than I am who need an MRI,” said Diana, who is an honorary trustee on Northwell Health’s board of trustees. “We want to bring this technology on site to enhance efficient, convenient care for patients.”

“An MRI is important for all patients, but when this happens to your own family, it really gets your attention,” said John Colgate, a great-great-grandson of William Colgate, who began a soap and candle business in the early 1800s that later became the Colgate-Palmolive Company. “Glen Cove Hospital is an incredible community hospital that provides excellent care, and an MRI would make a meaningful difference in its continued success.”

An MRI (magnetic resonance imaging) machine takes noninvasive, detailed photos of organs and structures within the body that help physicians diagnose injury and disease or evaluate treatment. Currently about 350 patients a year needing MRI assessment at Glen Cove Hospital are transported via ambulance, accompanied by a nurse, to a nearby Northwell Health imaging center at 10 Medical Plaza.

While the closest one is only blocks from the hospital, the situation is not ideal, Scanlon said. “That’s not the care we want to render,” she said. “When you’re a patient and in any type of distress or discomfort, you don’t want to be put on an ambulance.”

While it’s inconvenient, Scanlon said, the method has worked so far without affecting patient care. “There’s never been a clinical impact because we are able to navigate it,” Scanlon said. “If a patient came into the emergency department with something we didn’t feel a CT scan would be appropriate, we would transfer that patient immediately to either North Shore University Hospital, Long Island Jewish Medical Center or South Shore University Hospital.”

The new MRI suite will be particularly useful for patients in the hospital’s acute rehabilitation program, which has grown from 57 beds to 75 beds in the last two years and accommodates a large number of patients with neurological deficits, Scanlon said. “We want to advance the care we’re doing, and that means having an on-site MRI,” she noted. “Some patients end up with deep brain stimulators, and we want to advance and optimize the deep brain stimulation used for movement disorders. Also, if you have a subdural bleed or a stroke, it’s always excellent to have an MRI. Instead of transferring them for the study, we could be doing that for them here on site. It’s imperative for the future of this hospital.”

The proposed in-house MRI suite will accommodate two to three times more patients a day and include on-call staff during evenings and nights to reduce or eliminate overnight waits, according to Melonie Pernice, Glen Cove Hospital’s associate executive director for hospital operations. Construction of the four-room suite includes a waiting area and patient dressing room, as well as spaces for pre-screening and testing.

The addition will continue Glen Cove Hospital’s transformation as a health-care destination that is home to renowned surgeons and physicians and state-of-the-art facilities, according to Scanlon. She said Glen Cove is a Magnet-designated hospital for nursing excellence, and has established a Center of Excellence in Hernia Surgery, as well as innovative, cutting-edge programs in women’s surgery and head and neck surgery.

The latest donation supports Northwell’s Outpacing the Impossible campaign, a $1 billion comprehensive fundraising effort to fuel innovation to advance health care and support Northwell’s promise to the people it serves. The campaign — which launched in October 2018 and to date has raised more than $900 million — supports capital projects, improves hospitals and clinical programs, advances research, and funds endowment for teaching and research initiatives.

“Donors help us fulfill our mission as a nonprofit organization by accelerating our ability to raise health in our communities,” said Brian Lally, senior vice president and chief development officer at Northwell. “The Colgates’ generosity plays an important role in Glen Cove Hospital’s continued growth as a leading community hospital.”

According to Lally, donations to the hospital go back to its beginning, when it was founded by donations in 1922, only four years after Glen Cove became a city. “When you think about communities, it’s the anchor things—the newspaper, the police, the schools and the hospital,” Lally said. “These are organizations that are absolutely critical to the life of the community.”

Hospitals run on tight margins, he added. “Without the community support, things don’t move along in a hospital,” he said. “There are a lot of things that you can’t do or that take a lot longer to do without philanthropic support, and this gift is a perfect example.”

“As the hospital looks forward to its centennial next year, this MRI will likely be the technology most critical to our strategic growth and expansion,” Scanlon said, “and we hope the Colgates’ generosity inspires others to help us fulfill this goal.”