‘Honeymooners’ comes to the View Grille 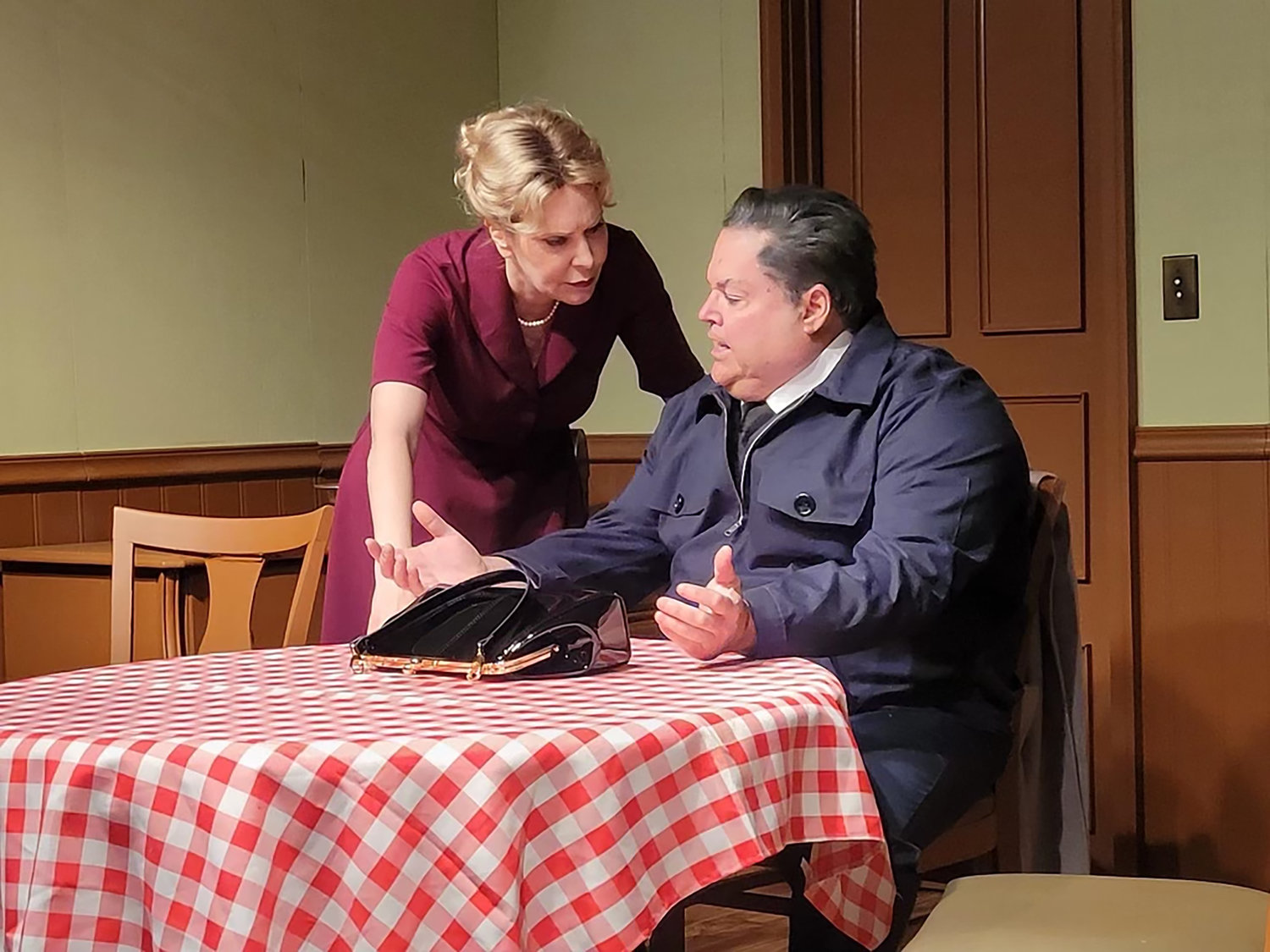 Enjoy an opportunity to travel back to the 1950’s and watch a live performance of the 1955 sitcom “The Honeymooners,” performed by Glen Cove’s Slayer Players Theatre Company, on June 18 at $74.95 a ticket, and on June 25 with tickets pricing at $79.95, at the View Grille.

Along with the show, dinner will be served as well as a chance to learn more about the history of the comedy and have a chance to win prizes in a fun round of “Honeymooners” trivia. The last show on June 25 will include a concert by El Kabong and a barbeque.

To buy tickets, visit the Slayer Players’ website at slayerplayers.com/UpcomingEvents/Dates

Almost like a Twilight Zone episode, The View Grille was transported back in time to the 1950s on Saturday for a special performance of the sitcom “The Honeymooners” by the Slayer Players Theatre Company.

Written and directed by Fred DiMenna, the general manager, with the help of Kevin Horton, the vice president of Slayer Players, the three-part performance included a trivia game, presentation on the show’s history, and a reenactment of a past episode for hardcore “Honeymooners” fans to enjoy their favorite childhood television series live.

“There's no sex, there's no violence, there's no cursing or anything like that,” DiMenna said. “It was just simple.”

The original 39-epsiode comedy was written by Jackie Gleeson and Leonard Stern. The 30-minute episode chosen for opening night at the restaurant, owned by DiMenna and his wife Jeanine, called “Oh My Aching Back” was about the main character, Ralph Cramden, telling white lies to his wife, Alice Cramden.

“It kind of flows with this honesty is the best policy concept, which was the concept this time, because Ralph is often dishonest with Alice,” DiMenna said.

The married couple was played by Patrick Marone, the executive chef of the Regency, and Dr. Eve Lupenko Ferrante, a former city councilwoman and president of Slayer Players. The set was made by former Glen Cove Fire Department Chief Tony Trip.

“It's such classic fun,” Ferrante said. “And even though the show was from 65 years ago, it's still funny today with all the sight gags and the facial expressions.”

“It's not like acting in movies,” Marone said. “I've acted in movie parts and if you make a mistake, it's cut [and] you start all over again. But when you do a play, you got to get it. You got to make sure you don't mess up.”

DiMenna acted in the play as well, playing Ed Norton, who was the best friend sanitation worker of Ralph Cramden. DiMenna said the character is opposite of himself, more nervous and moved more throughout the show.

“That's the exact opposite of me,” DiMenna said. “I'm very slow moving. I don't move unless I have to. So, it got tough in that regard.”

Every part of each actors’ performances was an exact copy of the 1950 show. The cast watched and rewatched every episode to embody the original performances of Gleeson’s cast. “I wanted to be as authentic as possible,” DiMenna said.

“When we do the show, we try to replicate as exactly as we can, [like] their facial expressions and movements,” Lupenko said. “So, it does take a lot more time to get everything down perfectly.”

Along with their busy schedules outside of theater, the group spent time after hours on Zoom and in-person to rehearse. In a small cast of seven people, every minute mattered in trying to build the same on-screen chemistry in-person. “We put a lot of hard work into it,” Marone said. “And I think the effort paid off and the people really enjoyed it. We had almost a packed house.”

Ferrante added that the relationship between each of the cast members and their characters were essential to the show to make it more interesting, fun, and capture each character’s nuances.

“We've become a close-knit group,” Ferrante said. “Because it's such a small cast, we spent a lot of time together. Being in a small ensemble production like this, every part is just as important as the next parts.”

When people were not able to make it to rehearsals, Marone said that Steven Frese, who acted as Uncle Leo, would help. “He was a real big help through all the rehearsal because when somebody couldn't show up, he would play their part too,” Marone said.

Slayer Players Theatre Company first started in Nov 2016 and have performed across the North Shore such as at the Sea Cliff Yacht Club. They performed mainly  murder mysteries. However, because of DiMenna’s love for his favorite childhood comedy the “The Honeymooners,” the company began to expand further.

“Theater work for me is my relaxation time,” Lupenko said. “So, it's great to forget about everything else that's going on, and just really focus on a performance and the character.”

Their goal, DiMenna and Ferrante said, was to bring laughter and fun as well as help the community reminisce about the past and escape reality. All profits from the shows go to the production of their next performance.

“We were really not looking to make any money on it,” DiMenna said. “We're looking to just have fun with that, and breakeven, and then just keep putting money into the group and making the set even better.”