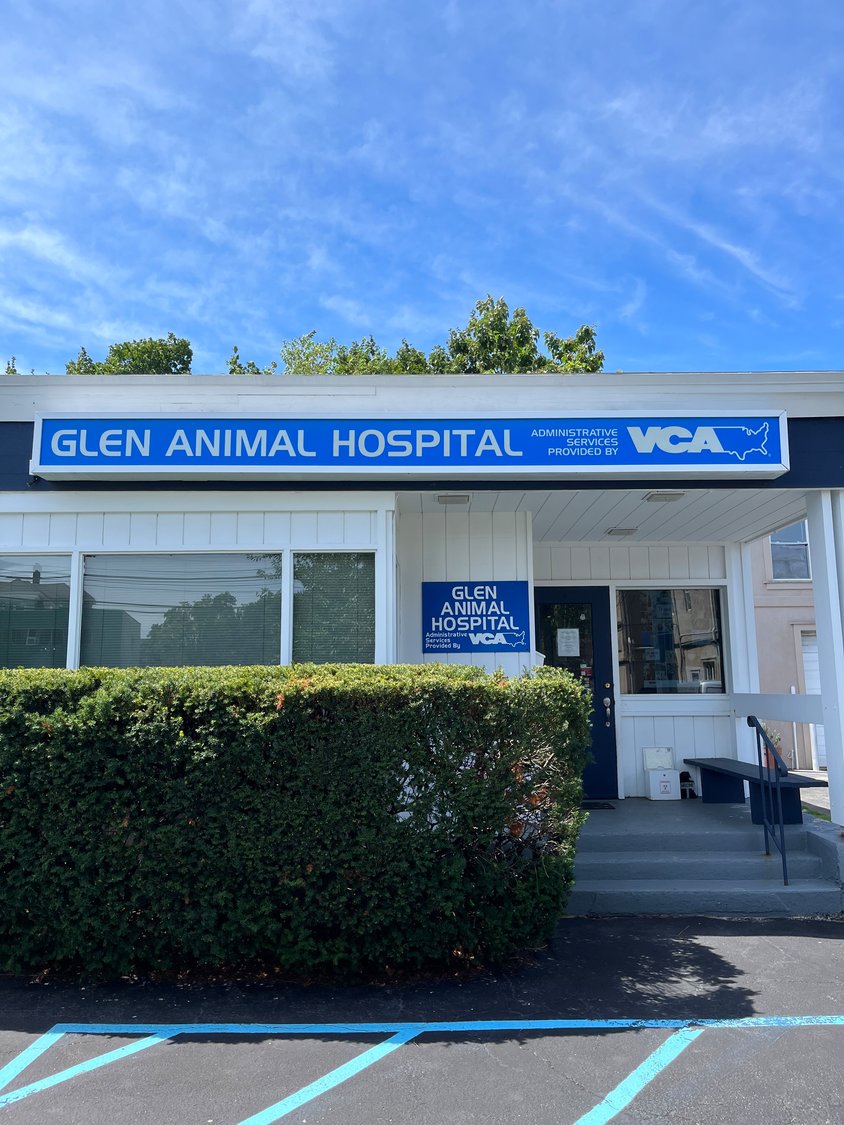 Glen Animal Hospital first opened in 1974, and has taken care of all kinds of pets, from cats and dogs to ferrets and rabbits.
Will Sheeline/Herald 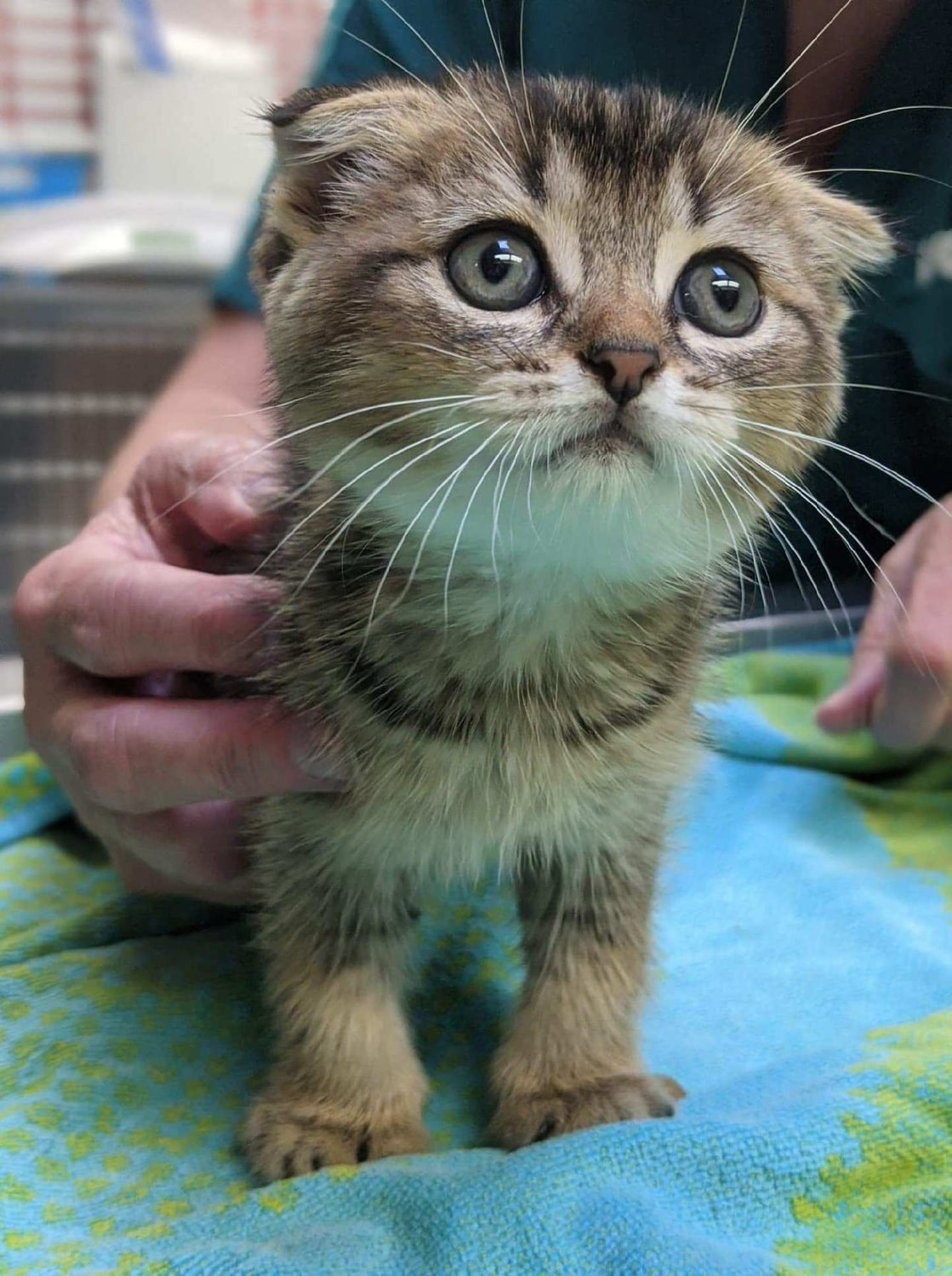 Owners of kittens like this one will have to look farther afield to get medical care following Glen Animal Hospital’s closing.
Courtesy Chrissy Katsenios
Previous Next

Nobody told me anything.”
Chrissy Katsenios, former employee, Glen Animal Hospital
By Will Sheeline

For nearly 50 years, Glen Animal Hospital was the go-to veterinary center for pet owners in Sea Cliff looking to make sure their cats, dogs and all other furry and feathered creatures were healthy. Now, the doors of the popular hospital have been closed for the last two months, leaving local animal-lovers to wonder what happened.

Glen Animal Hospital, at 209 Glen Cove Ave. in Sea Cliff, was founded in 1974, and was for decades was relied upon by many members of the community. The clinic had been operated by VCA Animal Hospitals for at least the last five years.

When Glen Animal closed its doors in late May, local customers were left in the dark as to what had happened and why. Long-time customers like Stephanie Hoffman of Sea Cliff, who had been going to Glen Animal since 1993, couldn’t believe the news when she heard it.

“In May somebody on Facebook had asked for good veterinary recommendations, and I told them to try Glen Animal Hospital,” Hoffman said. “Someone else commented ‘No, I think they closed down’ and I was just like there’s no way. I was just there in March.”

Customers, like Hoffman, who had been going to Glen Animal for decades received no notice, whether through email or phone calls, that the hospital was closing. It turns out they weren’t the only ones.

Chrissy Katsenios, who had worked for Glen Animal for five years as a groomer and vet assistant, said the employees were left in the lurch when the hospital shut its doors. She said the hospital closed after their primary doctor left in May, and VCA was unable to find a new doctor to run the establishment.

Joseph Campbell, a member of the VCA's media relations team, said this wasn't the case. All of the employees were aware of the closure, he said,  and either went to work for other VCA facilities or decided to work elsewhere.

Katsenios added the hospital was already understaffed, apparently due to low levels of pay and incentives for non-doctoral employees. After failing to find any new doctors willing to take on the job, VCA had Glen Animal operating on a reduced schedule from May into June, sometimes open as little as three days a week, and some weeks not at all.

One day at the end of June, Katsenios called the nearest operating VCA hospital to get the schedule for July, and was told that Glen Animal had been closed indefinitely. She was annoyed that VCA neglected to inform her or any of the other employees that they were closing. She went back and checked her email several times to make sure she hadn’t missed something.

“Nobody told me anything,” Katsenios asserted. “Somebody should have contacted us personally. I remember my old manager, she said ‘This hospital is not going to close down, but God forbid it does, you’re an employee of VCA and you’ll always have a job, they’ll just move you to a different hospital.’”

Despite this assurance, nothing like that ever occurred, Katsenios continued. No one from upper management reached out to her or any other employees to transfer them or offer them jobs at the other VCA hospitals on Long Island as far as she was aware.

However, VCA maintains that this was not the case at all. "We had trouble getting a hold of Chrissy and have continued to reach out to her," Campbell said. "We are continuing to try to find out if she wants to continue to work for us. The option remains open."

Campbell said VCA has reached out to Katsenios many times including by email.

Apparently, the issue of finding veterinarians is not unique to Glen Animal Hospital, but is a problem endemic to the entire United States. Dr. Steven Kolbert, of Long Island Animal Surgery in Glen Cove, said there is currently a shortage of trained veterinarians willing to work in suburban communities like Long Island.

In areas where housing prices are very high, such as the North Shore, Kolbert says it can be especially hard to entice young veterinarians.
“There’s generally been a shortage of veterinarians in the larger Northeastern metropolitan areas,” he pointed out. “And as a result the salaries have just gone through the roof for veterinarians in the last year or two.”