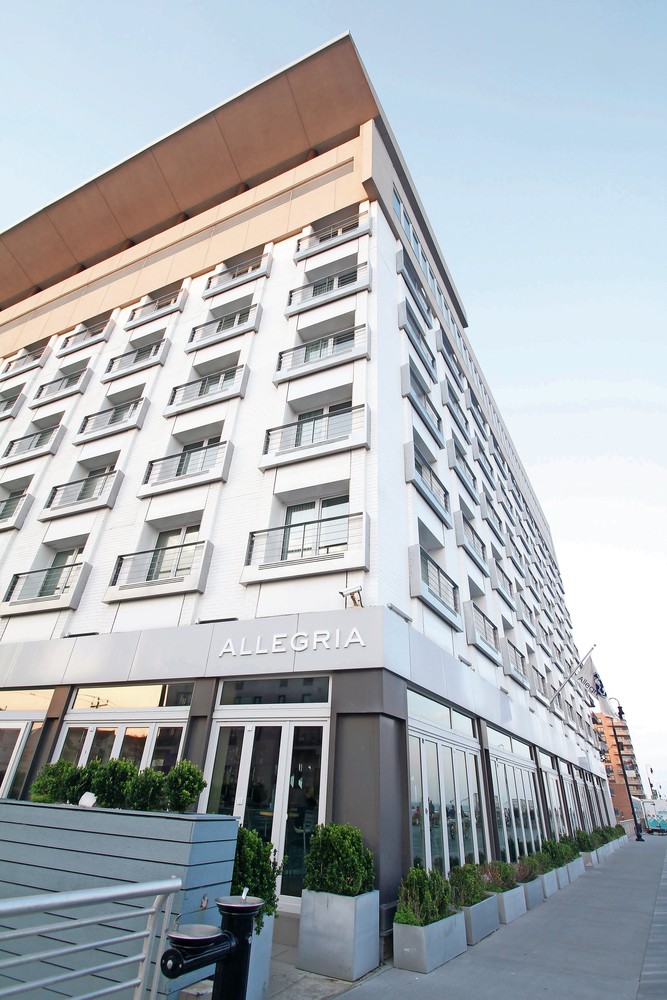 The Allegria Hotel is seeking approval from the Zoning Board of Appeals to convert existing floor space into additional hotel rooms.
Anthony Rifilato/Herald
By Anthony Rifilato

The Allegria Hotel is slated to seek approval from the Zoning Board of Appeals this week for an off-street parking variance to convert existing floor space into 13 additional hotel rooms.

According to the people with knowledge of the application, the posh 143-room, 124,000-square-foot oceanfront hotel, at 80 W. Broadway, which opened in 2009, is looking to convert a third-floor meeting room and an eighth-floor office into additional rooms.

SFIV LBH LLC, the corporation that filed the application on behalf of the hotel, will also apply for front- and side- yard variances, as well as a variance for off-street parking design standards for interior renovations, at the board’s Jan. 25 meeting.

Those with knowledge of the plan say that the move comes as the hotel looks to increase its capacity, in part to accommodate year-round business with airline customers and staff.

“The majority of their business comes from the airports,” said James Lynch, who sits on the Chamber of Commerce’s board of directors.

“Besides the demographics of the hotel having changed, they now have long-term contracts with five international airlines, and they block out a good portion of their rooms on a yearly basis,” said one person with knowledge of the planned renovations.

In 2016, the hotel was sold at a bankruptcy auction for $27.4 million, after years of financial setbacks and two Chapter 11 filings. The winning bid was submitted by the hotel’s mortgage lender, Stabilis Capital Management LP, a Manhattan investment firm.

That year, a spokesman for Stabilis told the Herald in an email that the firm planned “to invest a lot of time and money to make it a truly five-star destination, including updating the café and ballroom, adding rooms, a new fitness center and other substantial upgrades.”

“They’re also making the facility much more environmentally friendly by improving the efficiency of the climate systems,” the spokesman said.

Representatives of the hotel did not immediately return calls for comment.

“The new management team they’ve brought in is doing a good job, and it would make sense that the office space not be located on the ocean side of the building,” said Lynch. “Their parking issues are generated when they have big events, and they have done a much better job in managing their valet parking.”