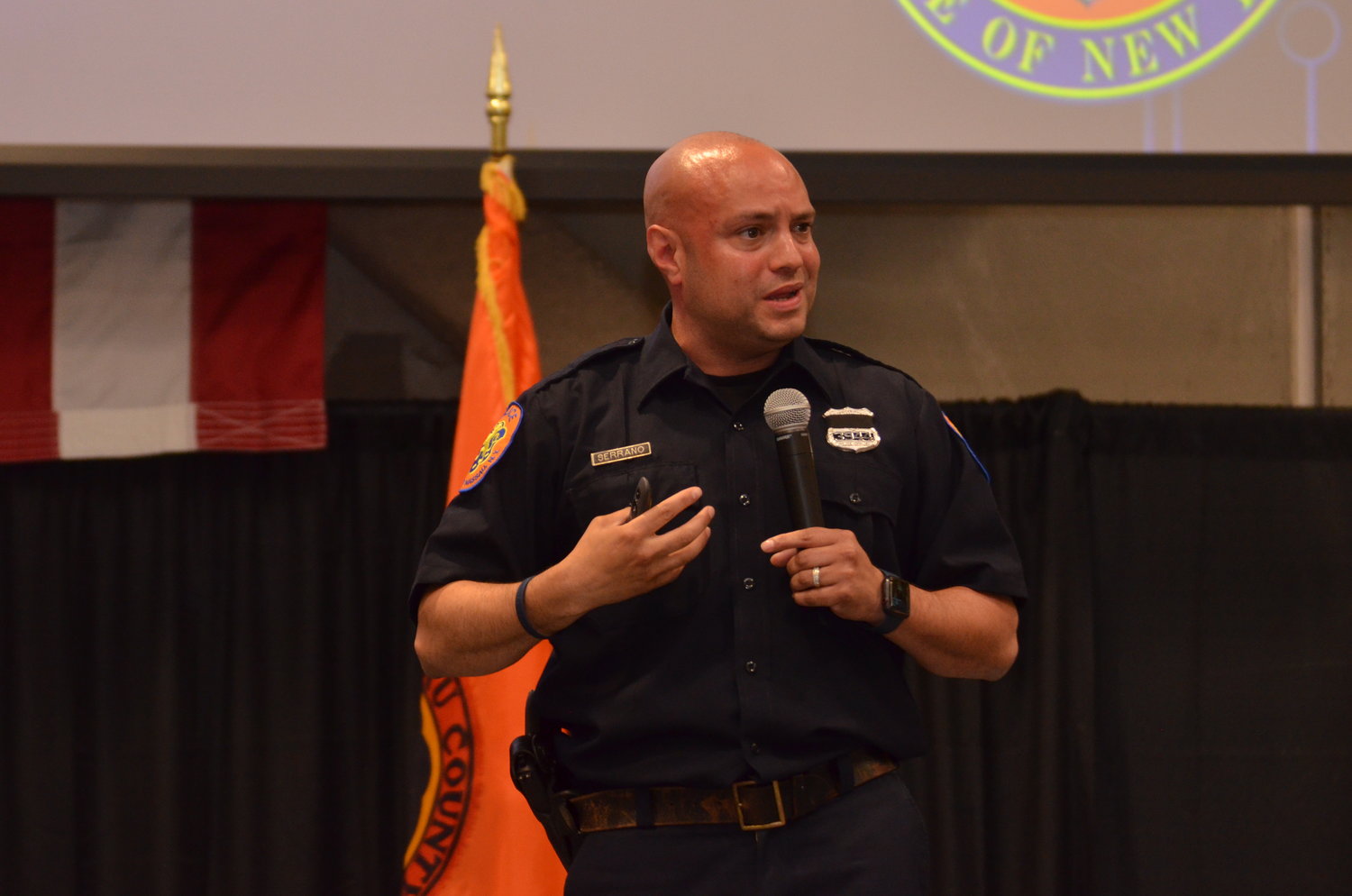 Luis serrano of the Nassau County Police Department says social media has created a number of problems with young people, believing it has created spikes in the hospitalization of teenage girls harming themselves, and attempting suicide at higher rates.
Tim Baker/ Herald 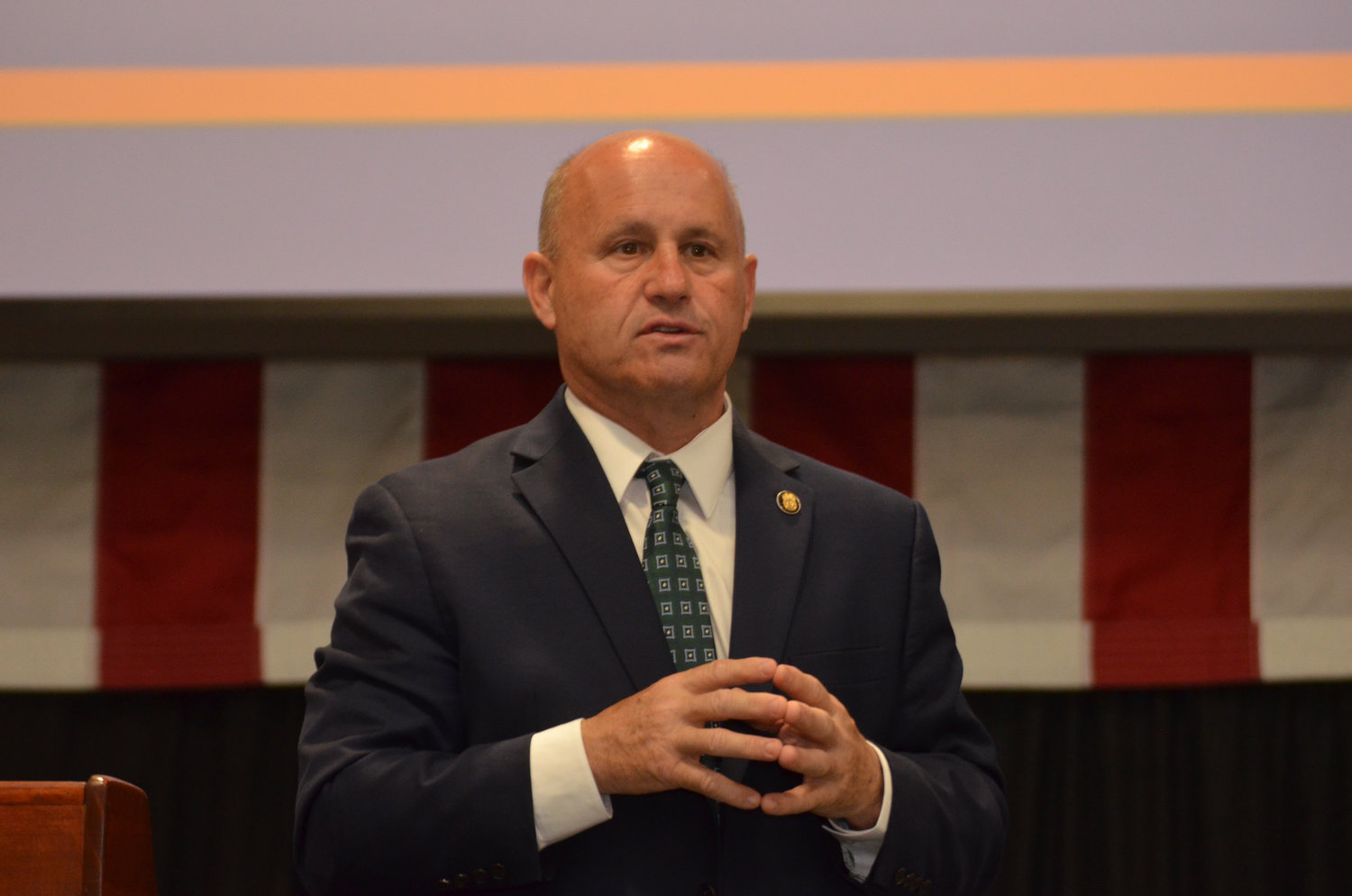 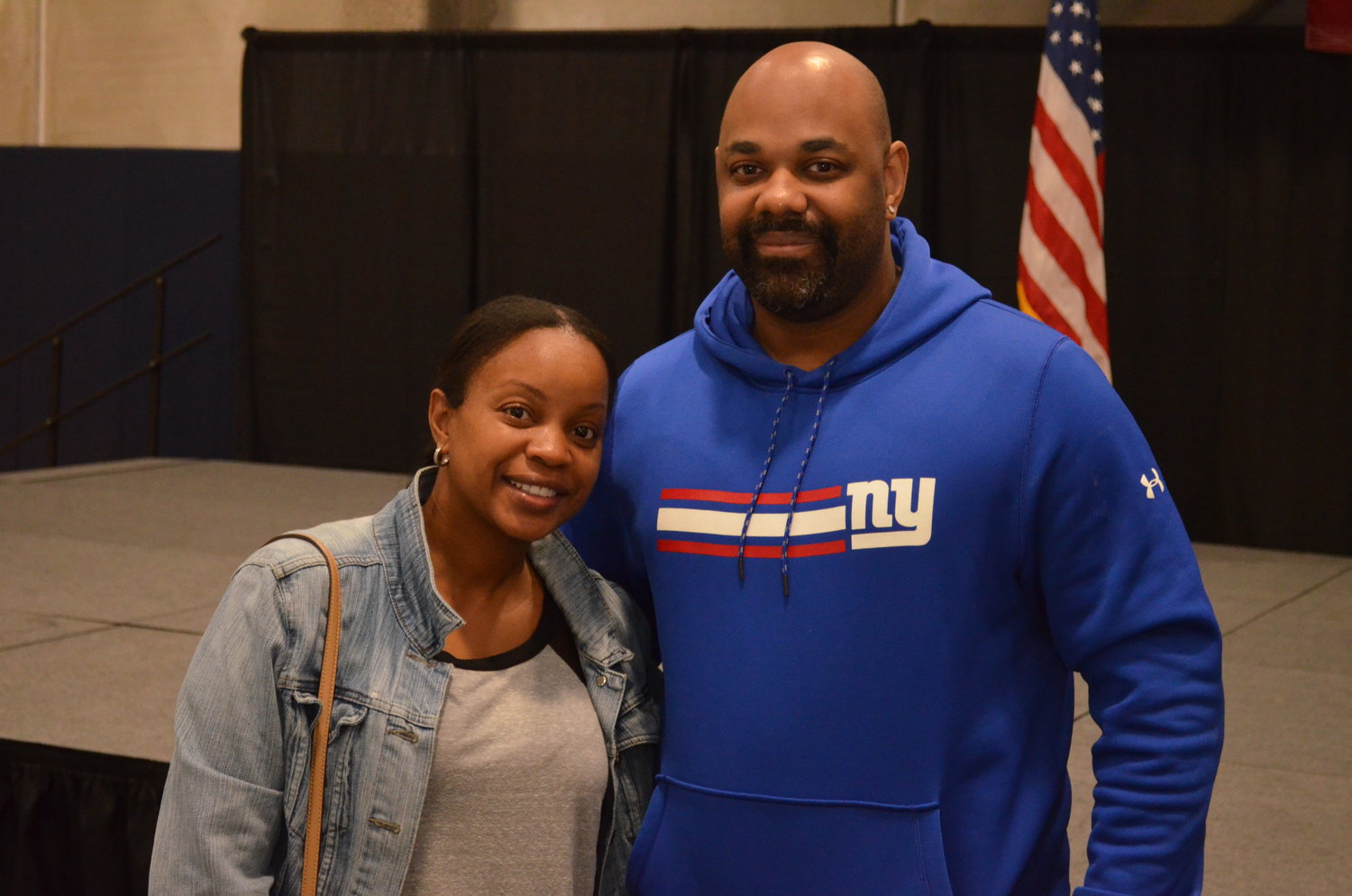 Shevon and Charles Senat say they’re going to sit down to talk to their kids candidly about the issues facing young people and teenagers these days.
Tim Baker/ Herald
Previous Next
By Karina Kovac

“How do we keep our children safe?”

It’s a question on the mind of parents seemingly every day as they send their youngsters off to school and out into the world.

That question has come into even clearer focus in light of the tragedy of Uvalde, Texas, where a gunman killed 19 elementary students and two adults on May 24. It was the nation’s 27th school shooting this year, according to NPR, and we’re not even halfway through.

“Most shootings are over in two to three minutes,” Nassau County Police Department commissioner Patrick Ryder told a small crowd of 20 or so people who gathered for a school safety seminar at the police department’s Garden City training center last week. “The active shooter kills who they have to kill, and usually they kill themselves after.”

The typical response time for Nassau County police officers for an emergency call is between three and five minutes, the commissioner added.

“If I can close the gap to between two to three minutes by getting there faster, I can save lives,” Ryder said. “If I get there quicker, I save lives.”

Some of that time can be saved thanks to technology. All 56 county school districts have been equipped with a smartphone app that instantly alerts police if there’s trouble. Officers are also mandated to do walk-throughs of schools in their districts daily to better familiarize themselves with how campuses are laid out.

And then there’s the more tangible equipment, like Kevlar vests, helmets and even ramming tools.

“Most people think that a school shooting could never happen here,” said Emily Pflum, an intelligence expert with the U.S. Department of Homeland Security. “But the same people are the ones who saw all the signs and never said anything.”

Fascination with weapons and former attackers, disturbing social media posts, cruelty and torture of animals, and self-incriminating statements such as “I’m going to make my mark on the world” or “see what I’m going to do tomorrow,” are signs of a potential threat, she said.

But shooters aren’t the only societal plague parents have to worry about. There’s something else out there that some may say is just as dangerous, if not more: fentanyl.

“Unfortunately, it’s not a problem we can arrest our way out of,” said Detective Lt. Matthew Landman of the police department’s narcotics bureau.

Landman has a two-pronged approach to the issue, heavily expressing the importance of education — “the most important part of today’s day” — and enforcement.

He shows students “before” and “after” photos of addicts.

“There is hope. There are a lot of services. But unfortunately, these people live very difficult lives, and it’s a very long road to recovery. I tell my audiences at school to save yourself the heartache and don’t get involved” to begin with.

Landman also touched on how potent fentanyl and carfentanil can be, adding that just 2 milligrams of fentanyl is lethal.

“In essence, a sugar packet’s worth of fentanyl has the ability to kill 500 people,” he said.

And then there’s social media. Sure, it’s a great way to stay connected to family and friends, but it’s also easy to fall prey to the dopamine thrill online attention can provide.

“We literally have a whole generation of people who are more anxious, more depressed, more down, with low self-esteem than ever before,” said Luis Serrano, an officer with the Nassau County Police Department. “And that is connected to social media.”

Before 2009, hospitalizing teenage girls after harming themselves was something few people were alarmed with. But that changed with the introduction of platforms like Facebook, Twitter and TikTok with those same figures nearly tripling.

But parents should be worried about actual drugs, too — and not just fentanyl. It might be easy for many to hide drug abuse, but Officer John Obert-Thorn says there are ways to discover those secrets, and maybe even lead someone to seek help. Pupils that are pinhole-sized could be an indicator of heroin or oxycodone, while large dilation could point to cannabis or a stimulant.

“The only way we’re going to take ourselves out of this massive, massive drug addiction problem and drug abuse problem is through prevention,” Obert-Thorn said. “Getting them while they’re early (is) the only way.”

Charles and Shevon Senat have two young boys at home in Baldwin, and admit the work to keep them safe is round-the-clock.

“We’re going to talk to them and let them spread the word to cousins and their friends,” Charles said. “We talk to him in candid conversations — not authoritative. We want them to know we’re there for them. Don’t be scared to talk to us. (As a) matter of fact, come to mom and dad first.”