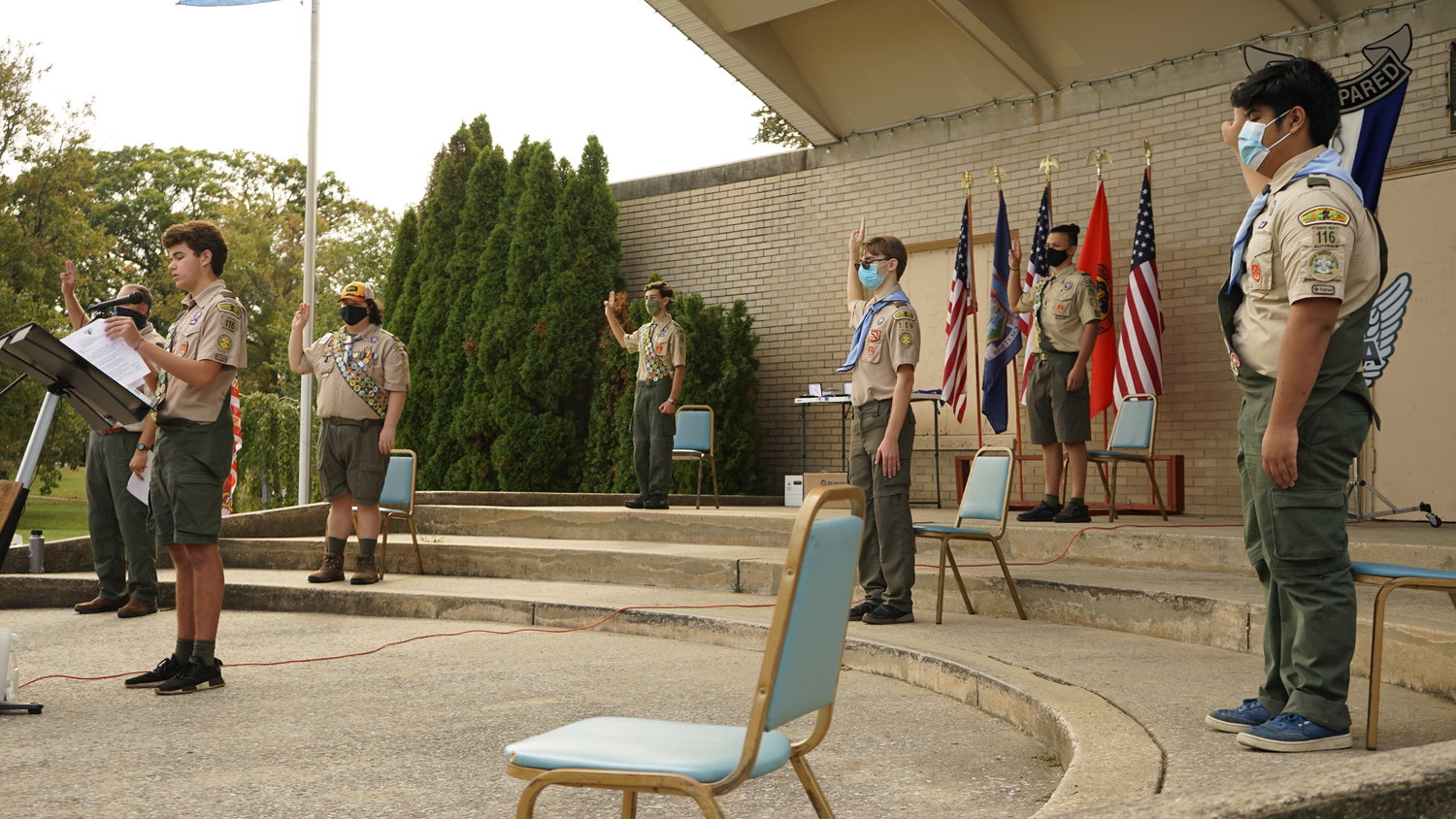 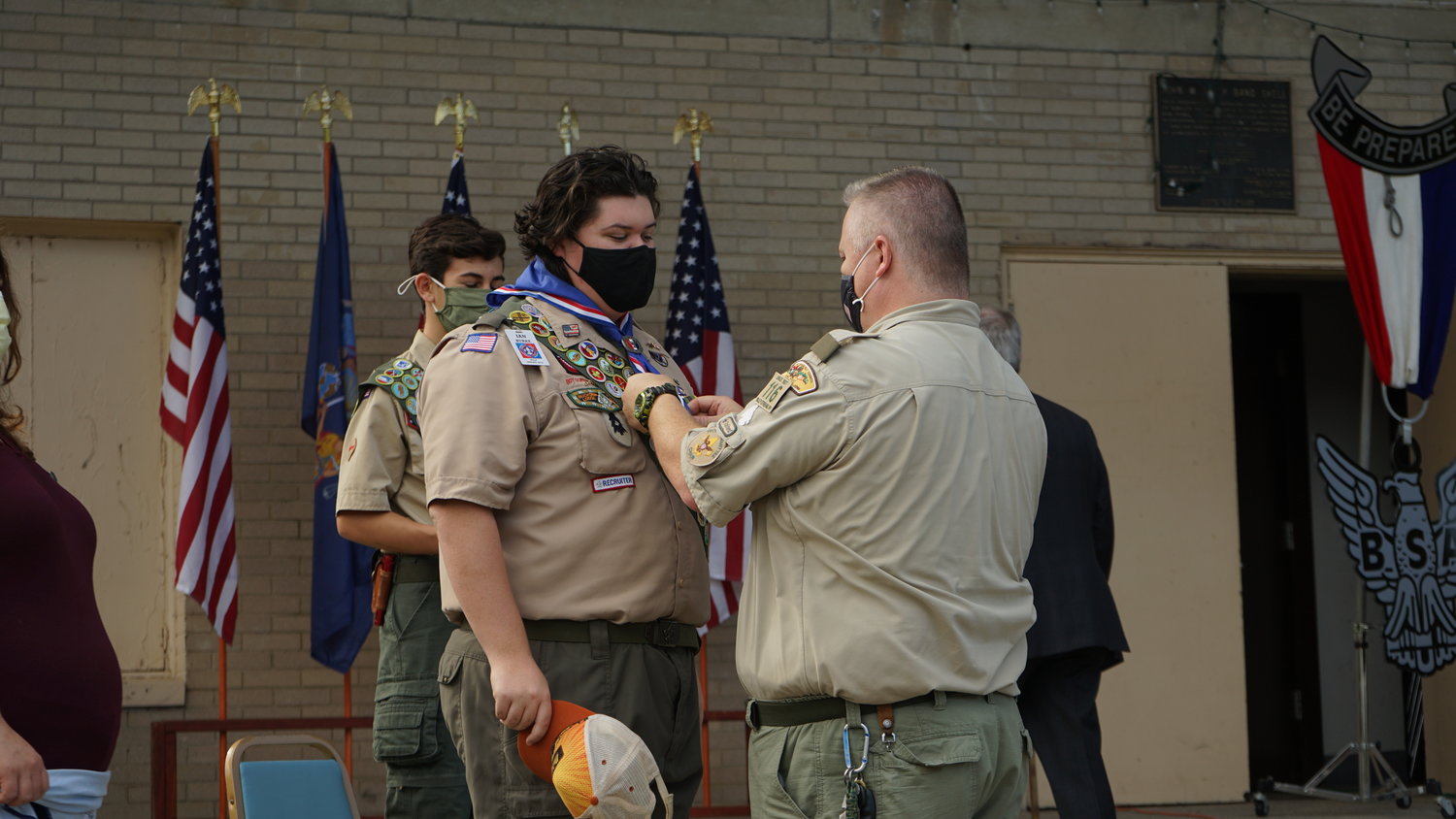 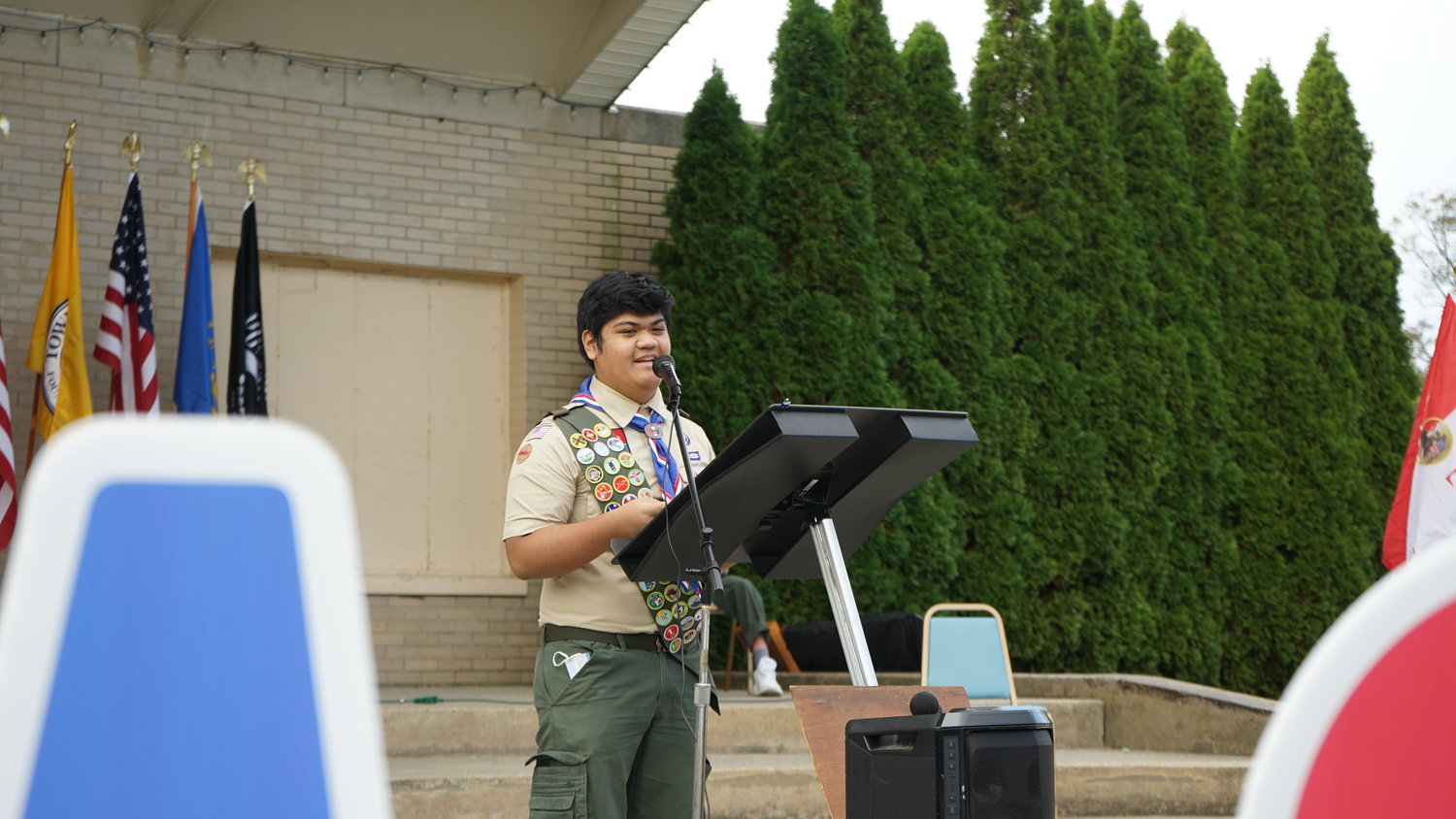 Yu was forced to raise funds for his Eagle project during the pandemic.
Peter Belfiore/Herald 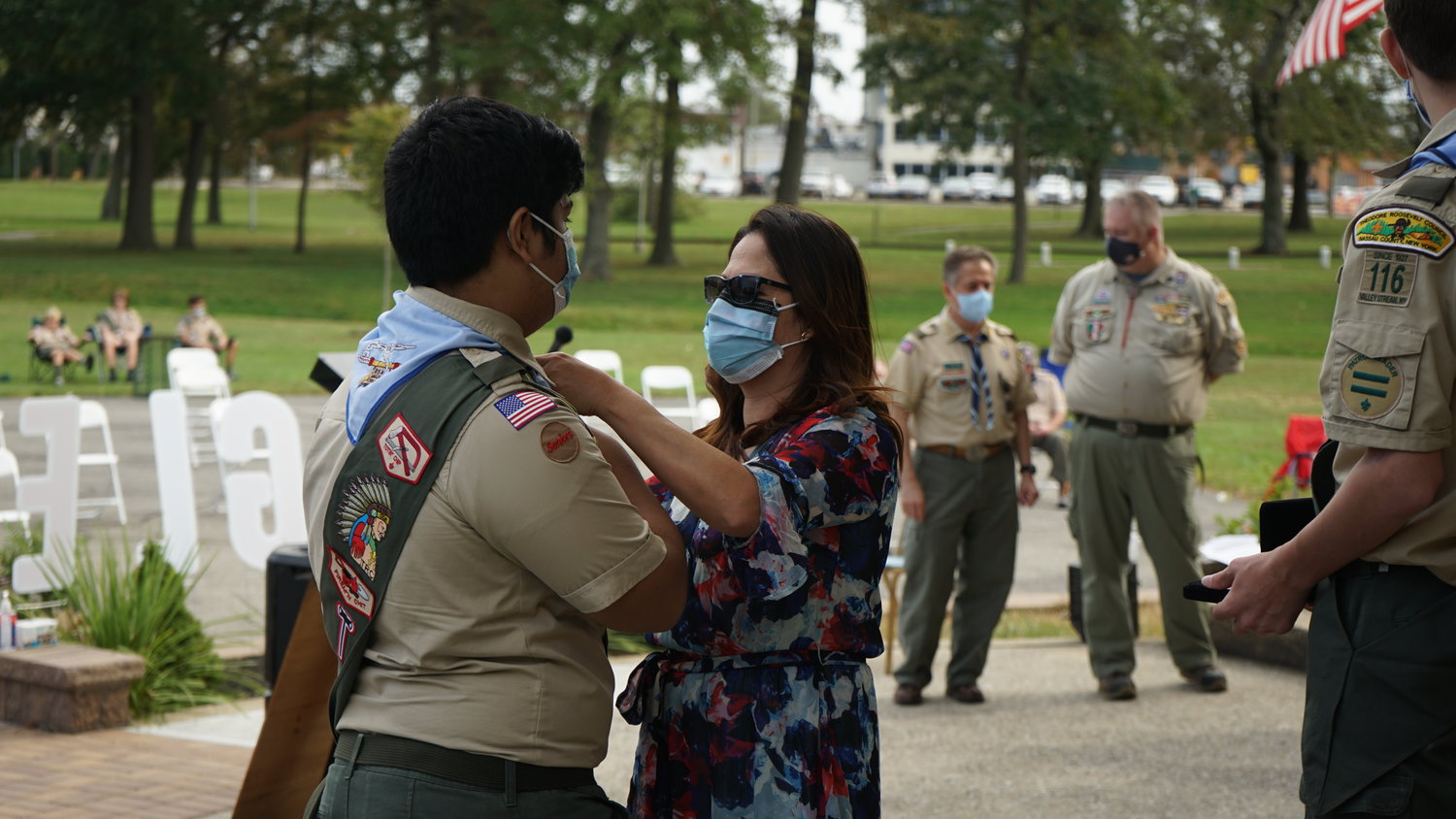 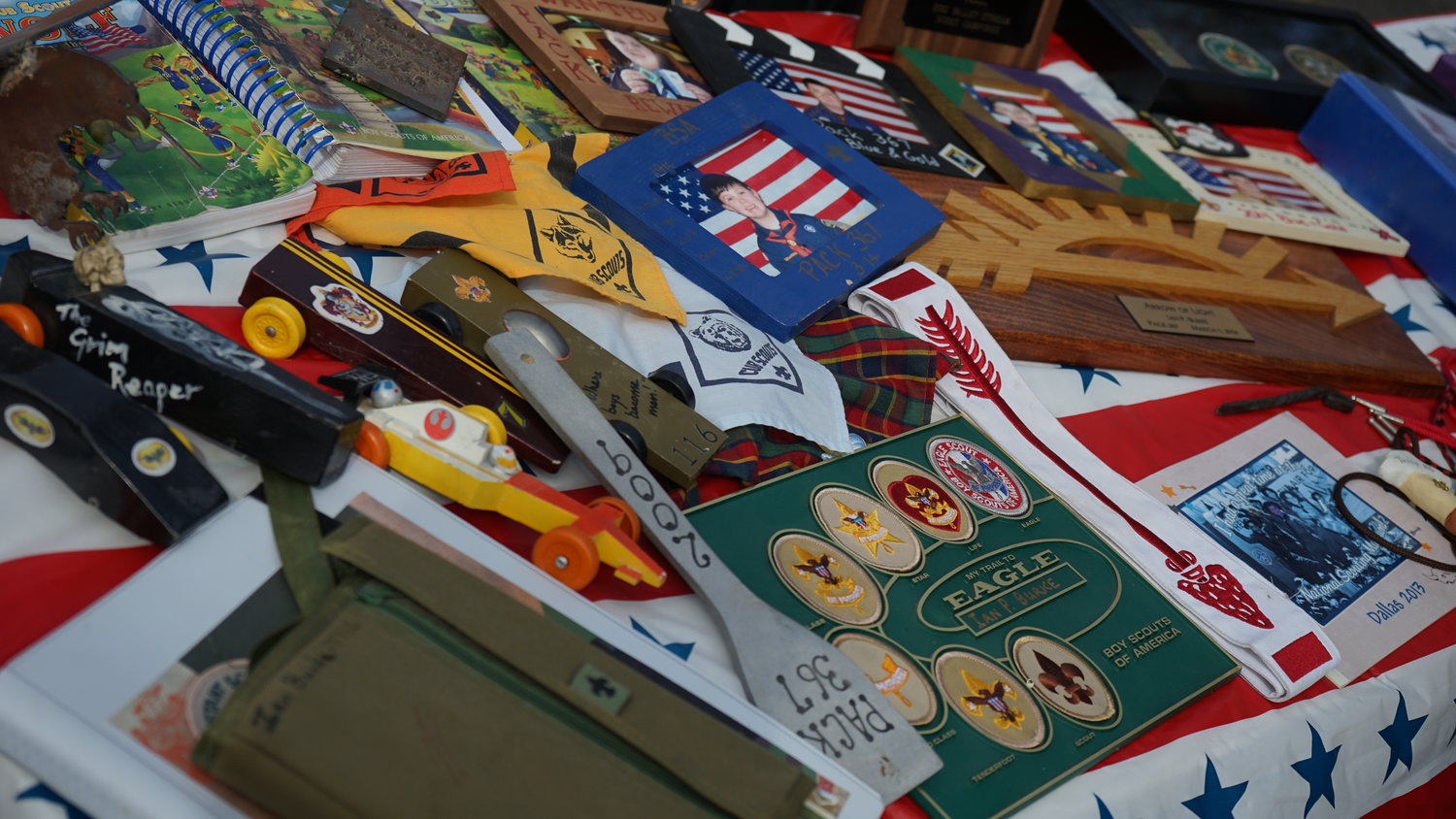 Each Eagle Scout gathered memorabilia from their time in the scouts.
Peter Belfiore/Herald 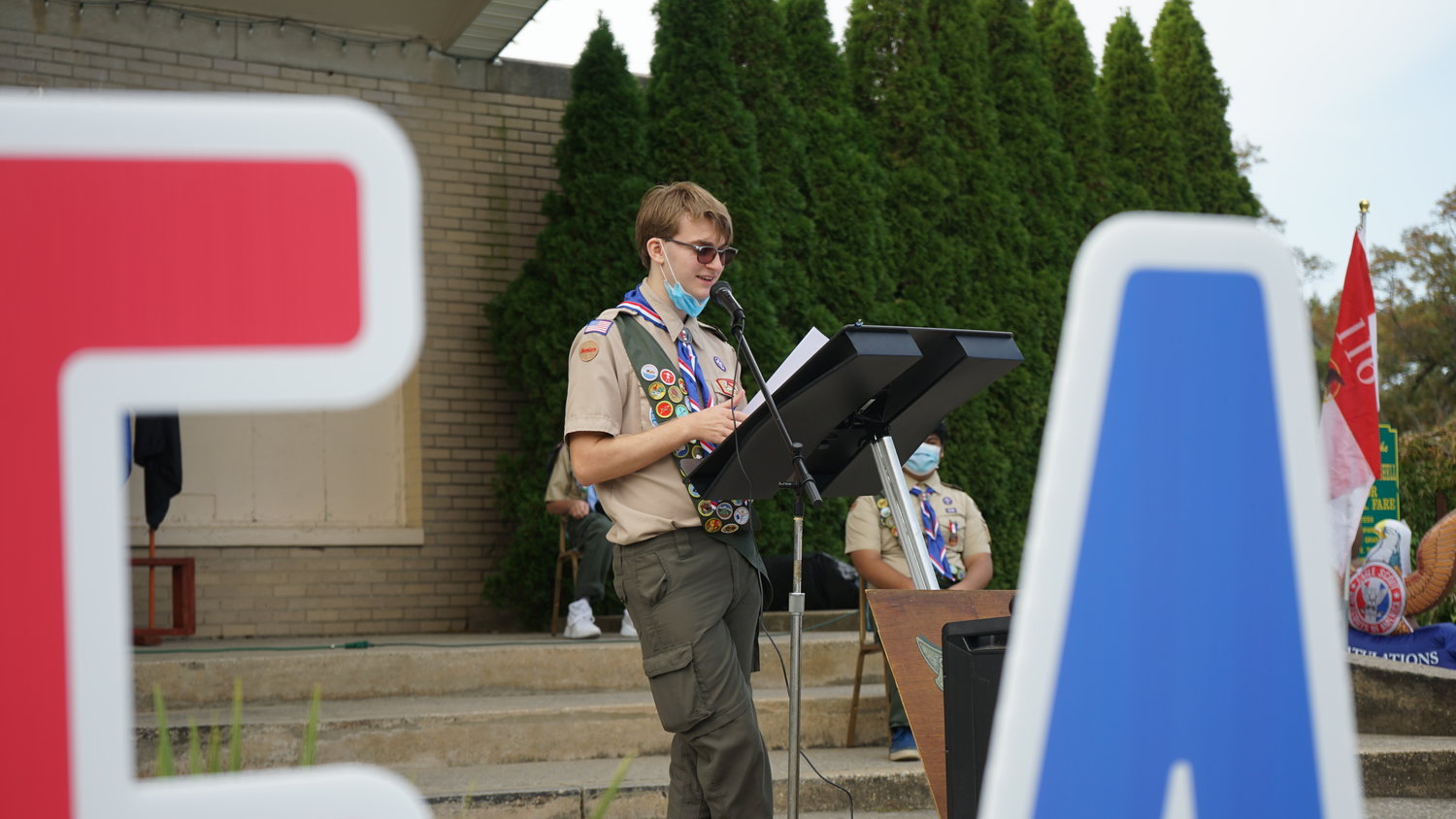 Bogle described the challenges he overcame in his scouting career.
Peter Belfiore/Herald
Previous Next
By Peter Belfiore

Owen Bogle, Ian Burke and Brandon Yu gathered along with family, mentors and their fellow scouts to at the Village Green bandshell around noon, to celebrate their reaching the highest rank one can achieve in scouting, and one that only around 5 percent of all BSA scouts achieve.

All three described their journeys, and the challenges they had to overcome.

Bogle, a Queens resident, was forced to contend with the dissolution of his previous troop, 339, in 2015. He said scouting gave him the focus and responsibilities to overcome his ADHD, and despite wanting to quit on a number of occasions, encouragement from those around him, including his father, helped him persevere.

Burke, said he always knew he would make Eagle one day, but described the challenge of being thrust into a leadership role in the troop at a relatively young age. He expressed fondness for his troop, and in particular, all of its haphazard imperfections.

For Yu, the coronavirus pandemic had threatened to end his Eagle Scout project, which involved building a set of picnic tables for Beacon House, a veterans non-profit. Without the ability to raise funds through the traditional modes such as bake sales and fundraising drives, he had to adapt and solicit donations from a network of friends and family. He likened his relationship with Troop 116 to a hat he often wore in the shape of a moose. It was symbolic, he said, of the comfort and familiarity his fellow scouts gave him.