A con man is succeeding me in Congress 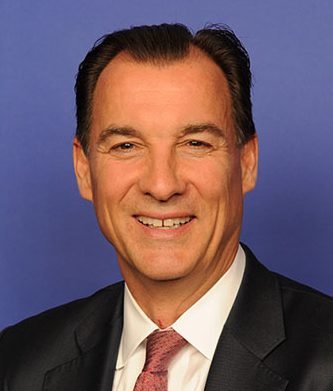 Tuesday was my last day as a member of Congress, and George Santos is about to be sworn in to take the seat I held for six years. He will take an oath to “bear true faith” to the Constitution and take this obligation without any “purpose of evasion.” I’ve lost track of how many evasions and lies Mr. Santos has told about himself, his finances and his history and relationship with our stretch of Long Island and northeastern Queens. When he is seated, it will diminish our Congress, our country and my constituents — soon his constituents.

It saddens me that after 30 years of public service rooted in hard work and service to the people of this area, I’m being succeeded by a con man.

Yet I’m clinging to my sense of optimism. I believe that as slow and frustrating as it sometimes is, our democracy, our free press and the rule of law work. They have to.

I also know the voters of the 3rd District pretty well. They believe in the rule of law, in playing by the rules. They like authenticity in their leaders, and pride themselves on having good BS detectors. The fact is that Mr. Santos’s behavior went beyond BS: He fabricated the basics of his biography to an extent that most voters wouldn’t have thought possible. The shame would be too great, right? I am certain that if the 3rd District’s voters have an opportunity to weigh in on his political future again, he will be gone.

But for now, there is no getting around the fact that Mr. Santos’s con game is a manifestation of a growing political phenomenon of saying or doing anything, with no automatic consequences. Whether it be far-right election deniers, personal attacks that call for violence against opponents, claims of false-flag mass shootings, extremists spouting the first thing that comes to mind or even one politician saying he could “shoot somebody” on Fifth Avenue and still not lose supporters.

If we are going to subdue the tyranny of unchecked liars and their lies, then Mr. Santos must be held accountable: He must be removed by Congress or by prosecutors, because there is no indication that he will be moved by conscience to voluntarily resign.

I do not say these things lightly. Expelling a member of Congress is no easy task, and the bar is rightly high. Our country’s democracy is based on free and fair elections, the wisdom of the voters and the peaceful transfer of power. Some of my constituents even now are saying that they don’t want their vote overridden and Mr. Santos ousted.

But now we know that no one voted for the real George Santos. Sure, some candidates say and do anything to get into office and then abuse the public trust. In Mr. Santos, we have someone who abused the public trust even before he got into office; it’s mind-boggling to think what his actions and conversations will be like in Congress on behalf of his constituents.

I know from my experience as a mayor of my hometown, as a county executive and as a member of Congress that you cannot get things done without building trust with your colleagues. How can Mr. Santos be trusted? How could he be effective?

Even before his lies were exposed in the media, he showed himself to be an avatar of this age of no-consequences impunity. He ran against me in 2020. It was the middle of the Covid pandemic, he did not live in the district, and no one had heard of him. He had little in campaign funds, and during our few joint campaign appearances, all virtual, he came across as a phony. I ignored him, hardly mentioned his name and beat him by 12 points.

On election night 2020, Mr. Santos jumped on Donald Trump’s discredited “stop the steal” bandwagon. We knew on Election Day we had won and won big, but he used the Trump movement to raise funds online and attended the orientation for new members before the race was called. I was sworn in on Jan. 3, 2021, without much ado. Then we learned that Mr. Santos attended the Jan. 6 Trump rally at the Ellipse. He went on to boast that he had written “a nice check for a law firm” to help defendants who had stormed the Capitol. (He probably didn’t even do that.)

His behavior should have alerted us all, but he wasn’t taken seriously, and unfortunately, as Robert Zimmerman, his Democratic opponent in November’s election, has said, the press didn’t really grasp the level of his deceit. His actions and comments around Jan. 6 didn’t have the consequences they should have.

We now know more about his Mr. Santos’s biographical information. We are appalled by his insensitive and fallacious pandering to the Jewish community. His apology tour has been cringeworthy, and continues to raise more disturbing questions. We will learn more about his newfound wealth and questionable financial disclosures and campaign financing as the press, law enforcement and, ideally, the House Ethics Committee dig in. But we already know enough.

Could he be enjoying all the attention? This inexperienced newcomer who fabricated much of his life story is now better known than most members of Congress, including me. He’s becoming as well known as others who abused trust, like Sam Bankman-Fried and Bernie Madoff. Not unlike them, he appears to have conducted his finances in highly unusual, if not unlawful, ways. But I have to wonder, having seen his delight for attention and his self-regard, if he loves that everyone now knows his name — even though it’s because of yet another big lie.

The people of my district are holding rallies, signing petitions and calling on the Republican leadership to act. The district is a model for moderation, seen by most political observers as a 50-50 district with constituents who embrace a get-it-done attitude. They dislike partisanship and value tell-it-like-it-is leadership.

They are now being saddled with a slippery, inexperienced liar who tells it like it isn’t. They’ve been reaching out every day to ask, “How could this have happened?” and “What can we do?” We are counting on the press to keep digging in, law enforcement to keep investigating and the political pressure to keep building on the House.

But again, I believe we will get this right. So many panicked people came to me during Mr. Trump’s presidency, fearful that his tactics would win him a second term — and one with a mandate, no less. He lost. I was one of the last people in the chamber as the Jan. 6 riot intensified, and people legitimately worried that the insurrectionists would succeed. We certified the election that night, and more than 960 people have been charged. The election deniers were decisively turned back.

One of my favorite lines from the 2011 film “The Best Exotic Marigold Hotel” has always stayed with me: “Everything will be all right in the end. So if it is not all right, then it is not yet the end.” That’s how I feel about America right now.

It’s not a naïve idea; it’s what keeps us sane and able to keep moving forward in the age of Mr. Santos and Mr. Trump. The system works — if not right away, then ultimately. It has worked throughout our history, and it will work now.

Tom Suozzi represented the 3rd Congressional District until Tuesday. A version of this essay originally appeared in The New York Times.