Adventures in eating at Four in Oyster Bay 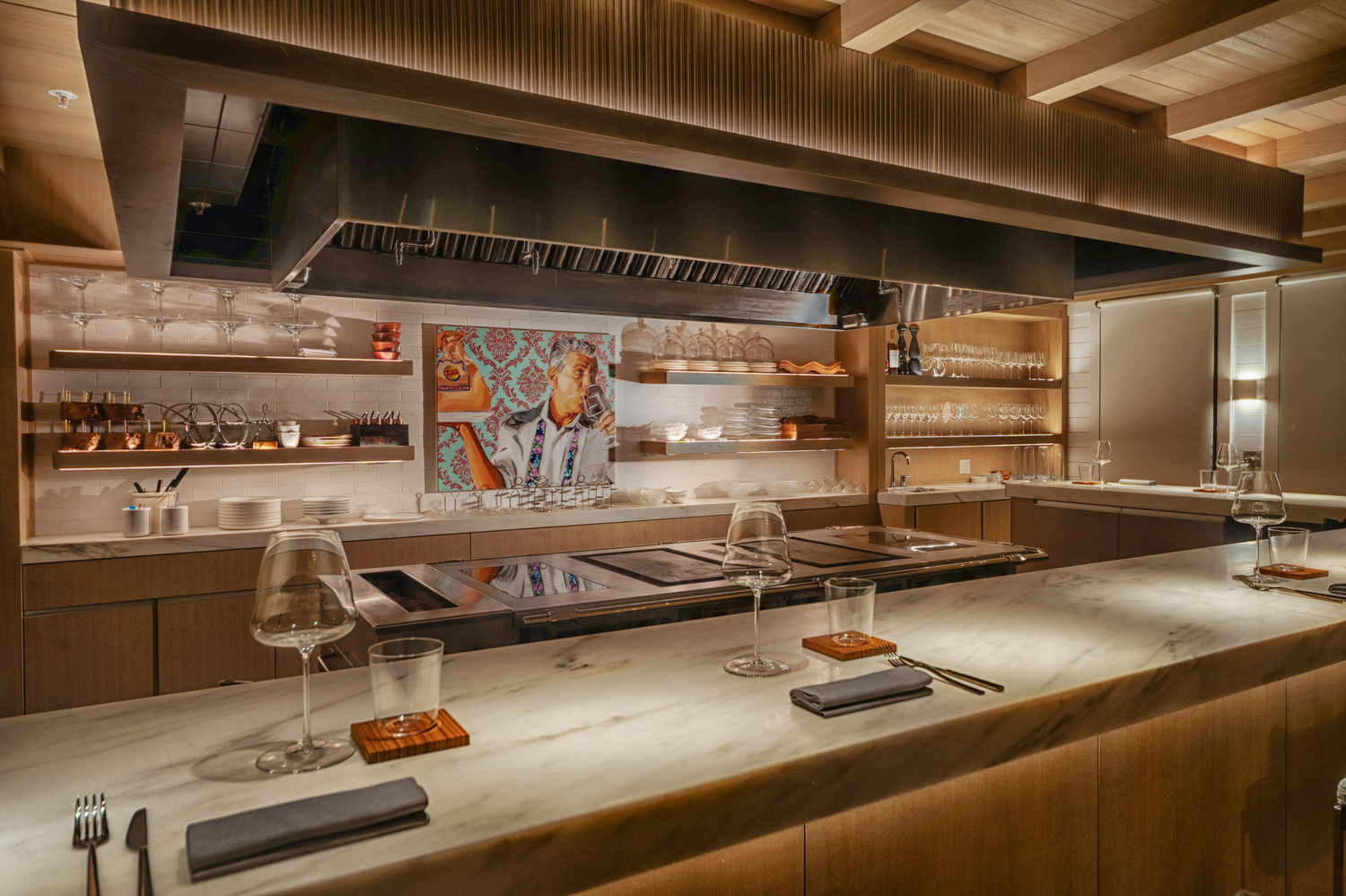 Four, in Oyster Bay, which opened in November 2021, is a unique dining experience.
Courtesy Four
By Will Sheeline

Since 2019, 2 Spring has been a staple of the Oyster Bay restaurant scene. Its friendly and efficient staff, elegant interior and delicious food, have made it popular with both locals and people visiting the hamlet. When owner Claudia Taglich first bought the property that would become 2 Spring, however, it came with another building at 4 Spring St. An attached house, it was used for a while as office space and storage. But it became redundant after 2 Spring expanded, with an enclosed patio and atrium in February 2021. Taglich and head chef Jesse Schenker had to figure out what to do with the building at 4 Spring St.

“I started thinking of it like Jesse’s house,” Taglich said. “I wanted it to feel like people were going over to Jesse’s house for dinner, and that he would cook you something that he wanted to make. That would give him a way to show off his technique, his creativity, his whole personality.”

And thus, the idea of Four was born. Debuting this past November, Four’s exterior still looks like a cozy cottage. A bright copper plaque proudly boasts the venue’s name just outside of the entrance. Inside is a minimalistic yet elegant Scandinavian-inspired setting, with a 10 seat bar counter.

The cottage became an intimate, little 10 seat chef’s counter making the place itself a part of the experience, Schenker explained.

Similar in some ways to omakase dining, all of the food is prepared in front of the customers and served by Schenker himself.

“At Four the customer is really there with me,” Schenker said. “They watch me cooking each dish, I serve it to them, they ask questions, we talk about the dishes. It’s not loud or public like hibachi though. It’s a really intimate experience.”

Of course, a restaurant is nothing without its food, and in this aspect Four appears to be making bold steps forward. Rather than having a set menu, Four offers roughly between 12 to 20 tasting courses, everything from bite-sized dishes to salads to more robust platters. Each is inspired by different cultures and restaurants worldwide.

“Food is such an art form, and the quality of Jesse’s ingredients alone are amazing,” said Alexa Trager, a customer.  “Everything is fresh, and he just mixes flavors you’d never expect. I’ve had caviar, hamachi crudo, spot prawns that melt in your mouth. It just blows you away.”

The love and appreciation of good food seems to really be the essence of what makes Four a unique dining experience.

“It’s really nice to work at a place where you are passionate about what you’re serving, and the experience you’re providing the diners,” Skyler Harman, Four’s sommelier said.

Sean Dowling, Four’s beverage manager and assistant general manager at 2 Spring, said he was a little skeptical when he first heard about the idea. “It’s hard to make a Manhattan-style restaurant like this work on Long Island,” he said. “But with this unique experience, and the quality of Jesse’s cuisine, it’s really been amazing. People basically come in blind, trusting Jesse and us to provide them with an incredible tasting experience.”

This style of dining isn’t necessarily for everyone. While the staff of Four makes sure to double check with its guests concerning dietary or allergic restrictions, beyond that it is in many ways a leap of faith. Spots are sold by the seat, like at the theater, with each seat costing $245, not including wine, tax, or gratuity. But similar tasting counters in Manhattan run three times that price. However, for those with an adventurous palate willing to take a chance and try something new, Four may just be the place.