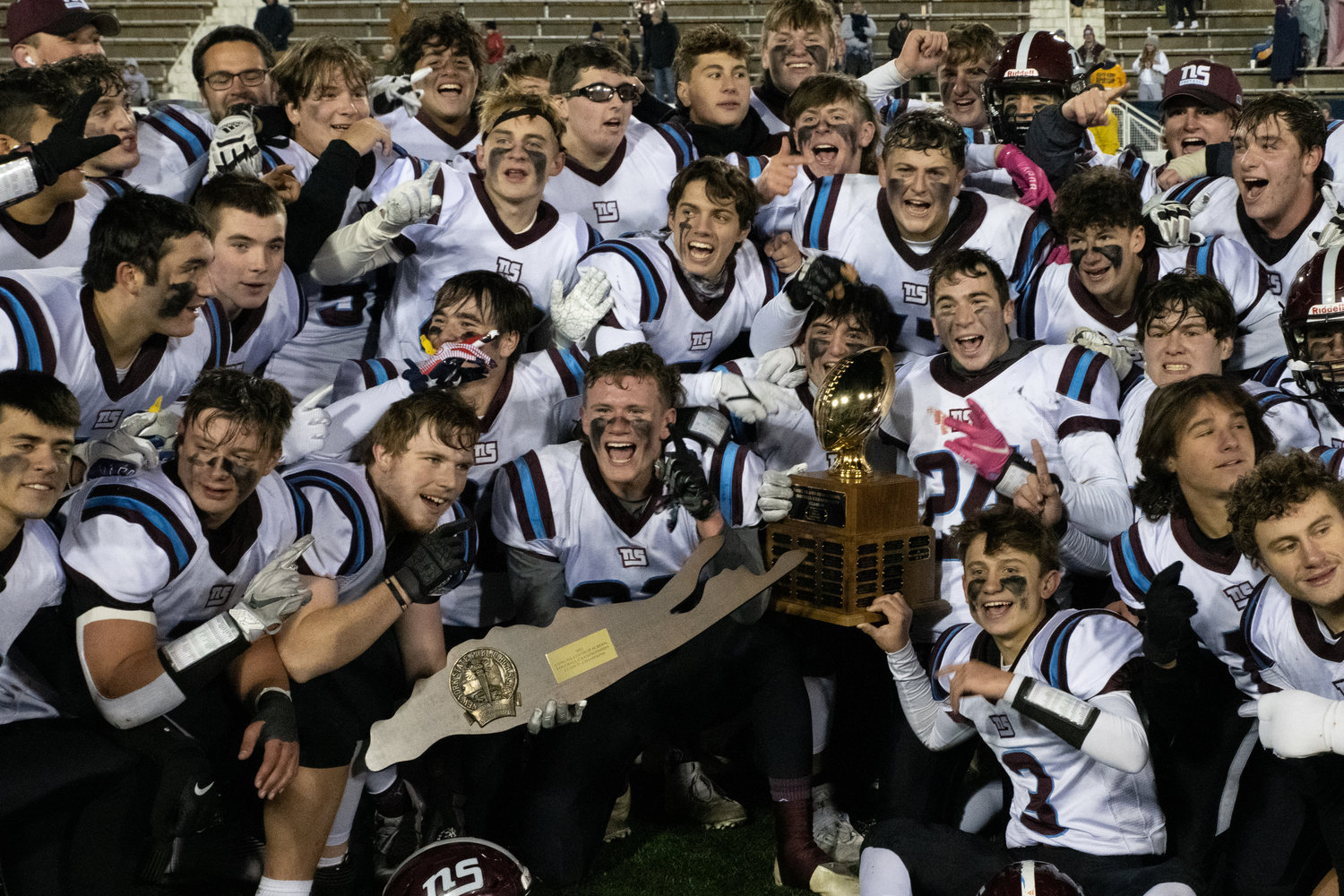 The Vikings, one week after winning their first Nassau County title since 1975, saved their best for last and stunned the Wildcats, 7-0, for their first-ever L.I. crown before a crowd of 1,500 at Stony Brook University. Senior Daniel Quigley’s 1-yard touchdown run with a minute remaining in the opening quarter, set up by a blocked punt, held up thanks to a stifling defensive effort led by senior William Feldmann’s 11 tackles and junior Nicholas La Rosa’s 8.

“This is a dream come true,” said North Shore senior David Berlin, who had 64 yards receiving, an interception just before halftime, and booted two punts inside the Shoreham 10 in the fourth quarter. “Our defense was just incredible,” he said. “We were physical and everyone made plays.”

The win by the Vikings (10-2) completed Nassau’s first four-game sweep of the LICs since 2000. They held Shoreham (10-2) to 125 total yards through three quarters and out of the red zone the entire game.

“We’ve been a team that’s put up points all year and I really can’t say enough about how our defense played today,” North Shore head coach Dan Agovino said. “Coach [Scott] Lineman, our defensive coordinator, did a tremendous job preparing the guys and that’s a heck of an opponent we beat.”

Agovino said the defensive focus was on Shoreham’s dynamic tailback, senior Max Barone, and junior dual-threat quarterback Dylan Zahn. Barone was held to 60 yards rushing on 20 carries; Zahn ran for 59 but completed only 6 of 18 passes for 44 yards.

“We all did our jobs and just dominated on defense,” said North Shore junior two-way lineman Reece Ramos, who’s biggest of 6 tackles came late in the third quarter when he stopped Barone short of a first down on fourth-and-1 from the Vikings’ 31. “We wanted to be more physical than them and that’s exactly what we were able to do,” he added.

Ramos blocked a punt on Shoreham’s second possession and Quigley recovered at the Wildcats’ 32, setting the stage for what would become the lone scoring drive for either team. “I saw how the blockers were set up and shot right through the gap,” Ramos said.

Junior Peter Liotta, who took the majority of snaps at quarterback with a little bit of Quigley mixed in, kept the drive alive when he rolled right and found Berlin along the sideline for an 11-yard completion on fourth-and-5. Three plays later, Quigley took a direct snap from senior center Nicholas Caprarella and walked into the end zone untouched. Junior kicker Michael Fleming added the extra point.

“It was the first time in a month we weren’t behind by a touchdown,” said Berlin, noting comeback playoff wins over Malverne, Clarke and Cold Spring Harbor. “All week and even on the bus ride here, we talked about having a better start because you don’t want to fall behind in a game like the Long Island championship.”

Shoreham, winners of four LICs since 2014, hung 70 points on Center Moriches in its playoff opener, beat Miller Place, 43-6 in the semifinals, and edged Bayport-Blue Point, 26-23, for the county title.

But against North Shore, the Wildcats were unable to penetrate beyond the 31-yard line. Shoreham’s last two possessions began at its own 9 and 6, respectively, following long Berlin punts. “Both rolled in our favor and put our defense in great position,” Berlin said.

Barone accounted for 48 yards on Shoreham’s final drive, which began with 6:38 remaining and stalled at the Vikings’ 39 with 1:06 left when Zahn threw incomplete on fourth-and-9.

“Our guys played like champions and they’ll go down in history as champions,” Agovino said.