Despite pandemic, business is looking up in downtown O.B.

A number of new businesses open in the hamlet 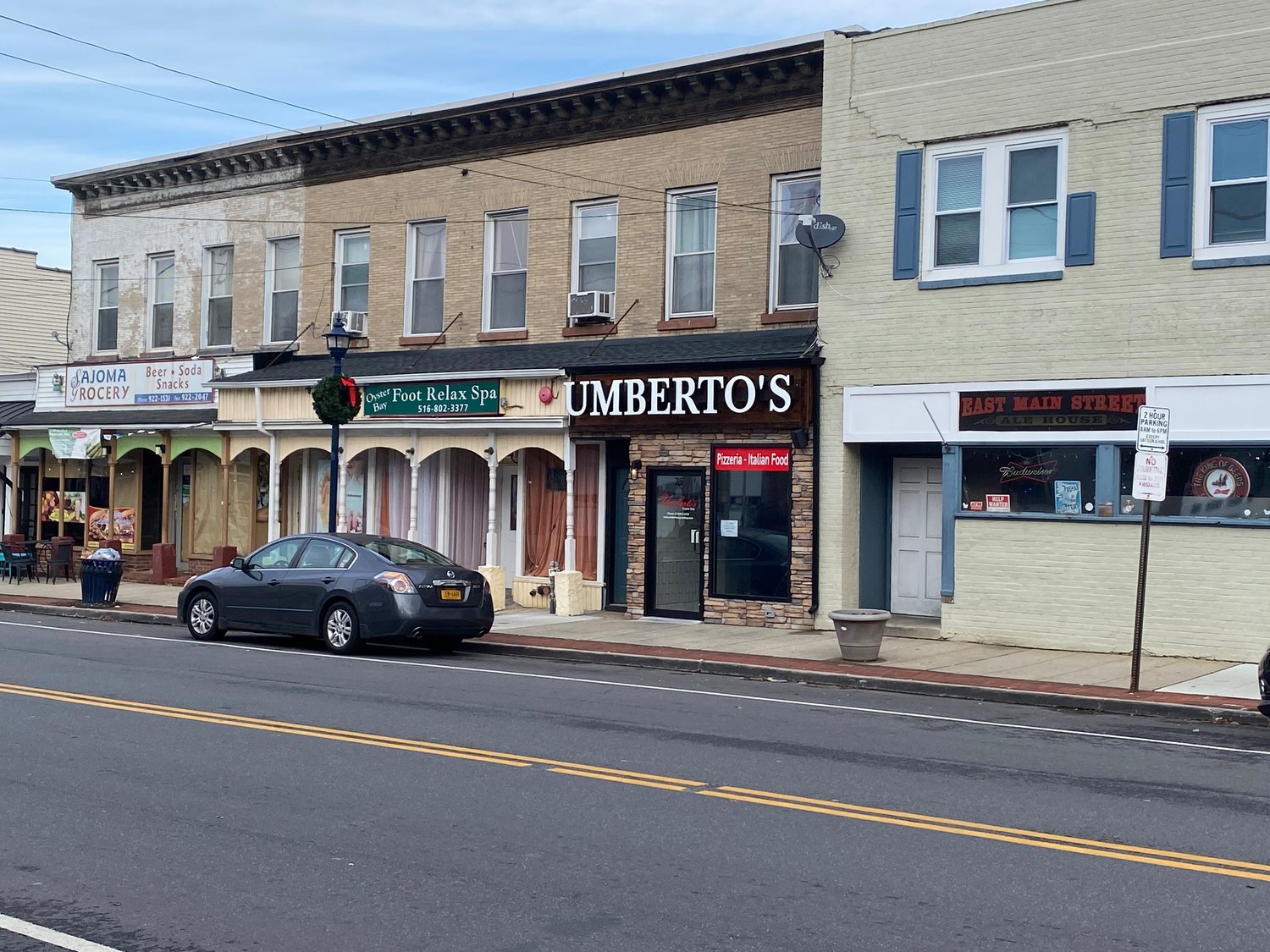 Several stores have recently opened in the hamlet, including Umberto’s, indicating that there is a renaissance of sorts taking place.
Will Sheeline/Herald
By Will Sheeline

Anyone walking through downtown Oyster Bay in the past year no doubt noticed a change in the hamlet. Where there once were vacant buildings and closed shops, there are now new stores. Whether it’s Teddy’s Bully Bar, Cardinali Bakery, Umberto’s, Bluebird Chocolates, Theodore’s Books or the renovation of the building that once housed Snouder’s Drug Store, the downtown appears to be bouncing back from the coronavirus pandemic, even as it drags on.

But what explains this revitalization? And why has it happened in Oyster Bay?

The town has undeniable historical appeal, having been around for more than 350 years and having been home to, among other notables, President Theodore Roosevelt and Billy Joel. The president’s home, Sagamore Hill, and his legacy, as evidenced by his statue across from the Boys & Girls Club, has helped shape the town, with numerous establishments old and new bearing his name.

Raynham Hall Museum has helped encourage tourism, with its recent renovation and new augmented-reality tours. Harriet Clark, the museum’s executive director, said she was optimistic. “I think we’re headed towards a hilltop for Oyster Bay,” she said, adding that she credited the town’s sense of community. “The new businesses all help each other,” Clark said, “so if someone comes here for a tour, they may have had lunch at 2 Spring, and then go to Theodore’s [Books] after.”

Former U.S. Rep. Steve Israel, owner of the recently opened bookstore, which specializes in history, agreed. “The history, the waterfront and the sense of community really makes this place special,” he said.

When he left Congress in 2017, Israel knew he wanted to open a bookstore in Oyster Bay. At the time, however, he didn’t see it as a possibility. “I reached out to a friend of mine who was, for 35 years, the head of the American Booksellers Association,” Israel recounted. “I asked him whether this was a good idea, and his immediate instinct was that this is very, very hard, until he actually came here and saw all these new shops opening and met some of the people.”

Twenty-four hours later, Israel’s friend advised him that Oyster Bay was a great place for a bookstore, and four years later, the business is thriving.

The sense of community is fostered by the numerous restaurants and small shops in the hamlet, and promoted by the Main Street Association and the Chamber of Commerce. “When you shop local, you’re not just supporting one business, because they’re collaborating,” Meredith Maus, the association’s executive director, said. “Like at Bluebird, they use Southdown coffee” — from the shop of the same name downtown — “to make their mocha chocolate. The galleries do coordinated openings. When you open up a store, you can always find a way to participate.”

This sense of cooperation permeates virtually every business. Anthony Monniello, manager of Teddy’s Bully Bar, said he had plans to work with the Oyster Bay Brewery next door. “We’re trying to do something where, if we can’t fit you here, you can go over there, have your beer and order takeout food from here and bring it over there to eat,” Monniello said. “We’re trying to work with Cardinali’s, potentially doing something with desserts.”

And it’s the residents of Oyster Bay, not just the business owners, who have helped the hamlet bounce back. “People want to come out. It’s a tight-knit community,” said Ravin Chetram, vice president of the Oyster Bay-East Norwich Chamber of Commerce. “I know it’s a cliché to say everyone knows you in a small town, but it’s actually true in Oyster Bay.”

The hope is that as the town continues to come into its own, it will continue to attract people from other areas. Catherine Drabin, owner of Chrison & Bellina, which sells items from around the world, and James Guy, a men’s clothing store, said that visitors are currently coming from all over Nassau and Suffolk counties.

“It still has that small-town feel — it just has more to offer,” Drabin said. “At the same time, it hasn’t grown too big or lost what it had.”

Teddy Roosevelt once said, “The best way to be good citizens of this nation is to be good citizens of Oyster Bay.” In many ways the hamlet is a microcosm of the country. It suffered in the pandemic, as businesses like Verrelli’s Market, Nikkei of Peru, Canterbury’s Oyster Bar & Grill and others closed. But the resilience and the sense of community have left the town not just alive despite the pandemic, but stronger, poised to add an exciting new chapter to its long history.