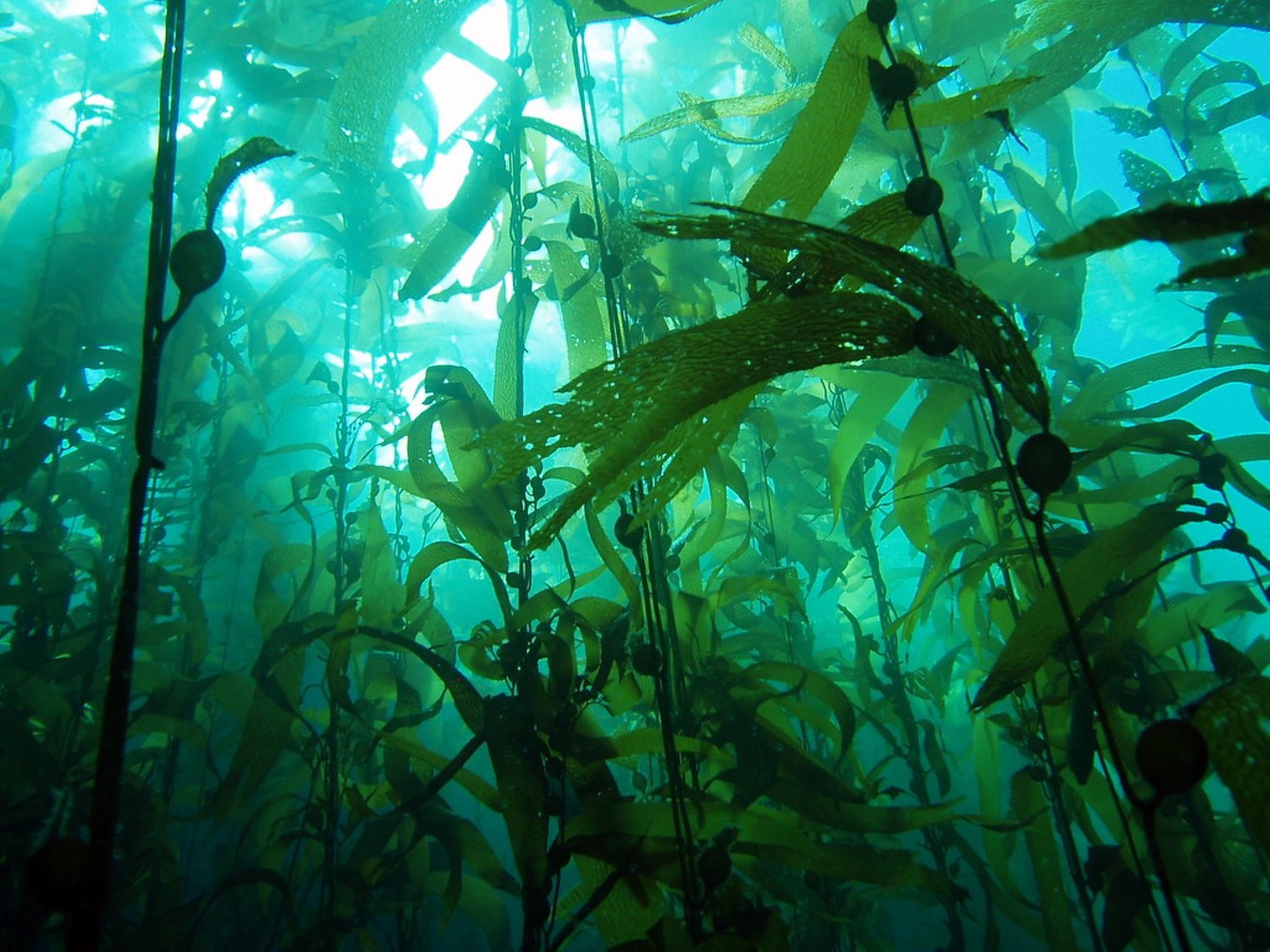 Sugar kelp are seeded in a land based nurser, and then placed in marine waters to grow out.
Courtesy Dana Roeber Murray/Wikimedia Commons
By Will Sheeline

When most people think of kelp, if they think of it at all, they imagine nothing more than a weird mix of seaweed and grass. But a Town of Oyster Bay initiative is looking to prove that kelp can protect and enrich the environment.
Kelp are large brown algae that live in shallow waters by the shoreline. They grow in dense groupings, much like fields of grass. These underwater forests of kelp naturally provide food and shelter for thousands of different fish, invertebrates and marine mammal species.
Specifically, through its “Farm to Fairway” initiative, the town planted sugar kelp, a subspecies originally from East Asia that is commonly grown in the north Atlantic. It is being grown and harvested on the northeast coast by commercial farms for a variety of uses, from food to potential biofuels.
The initiative began small, through a kelp growing project in the Theodore Roosevelt Memorial Park Marina with Dr. Aaron Freeman from Adelphi University. According to a statement from the town, officials saw the benefits of growing sugar kelp, and greatly expanded the program.
Over 3,000 feet of kelp were planted near numerous beaches, including Tappen Marina. At an April 13 news conference at Tappen Beach, Town of Oyster Bay Supervisor Joseph Saladino explained that once harvested, the kelp would be used for fertilizer in the numerous fields and golf courses in the community.


“It might sound strange, but it’s a fact that kelp is proven to be incredibly successful as a natural fertilizer as it is 100 percent organic, dense in nutrients and does not net an increase in nitrogen through storm water runoff pollution,” Saladino said at the press conference. “Specifically, when applied to fairways, kelp helps to increase root growth, improve appearance and promote seed development.”
Since the kelp was harvested, it is currently being dried at the Oyster Bay Solid Waste Disposal Complex, which will last several months. Once dried, the kelp will be ground and shredded into fertilizer, which will be distributed to public golf courses and parks.
The town was also keenly interested in another feature of sugar kelp. According to the National Oceanic and Atmospheric Administration, sugar kelp provides environmental benefits by removing excess nutrients and carbon dioxide and nitrogen, releasing oxygen to mitigate water acidification.
“The Town of Oyster Bay is an environmental leader and I’m proud to be part of a team of environmental advocates that continues to take on such great initiatives,” Laura Maier, a town councilwoman said at the news conference. “We thank our environmental team for all their hard work in making these projects a reality and for helping implement all of the great initiatives we’ve undertaken to help improve water quality and protect marine life.”
The town worked in conjunction with numerous environmental research and protection organizations, including scientists from Adelphi, Stony Brook and Cornell Cooperative Extension. They also worked in conjunction with the Coalition to Save Hempstead Harbor, who monitored and tested the nitrogen levels in Tappan’s waters.
Michelle Lapinel McAllister, the environmental monitor for the coalition, explained that although they still have more testing to do, the initial results seem to show that the kelp has had a positive impact on the Sound.
“We’re still working on the results, but there’s definitely a benefit to reducing nitrogen,” McAllister said. “It’s just a question of how much kelp is needed to remove a substantial amount of nitrogen.”
Although Friends of the Bay was not directly involved in the initiative, Heather Johnson, its executive director said that they supported the town’s environmental action.
“Friends of the Bay is always happy when the town supports the environment, and we’re happy to see they’ve participated in this program,” Johnson said, “because kelp has the potential to be very useful and help to keep our waterways clean.”
Report an inappropriate comment