Local Ukrainians and Russians speak out about the war 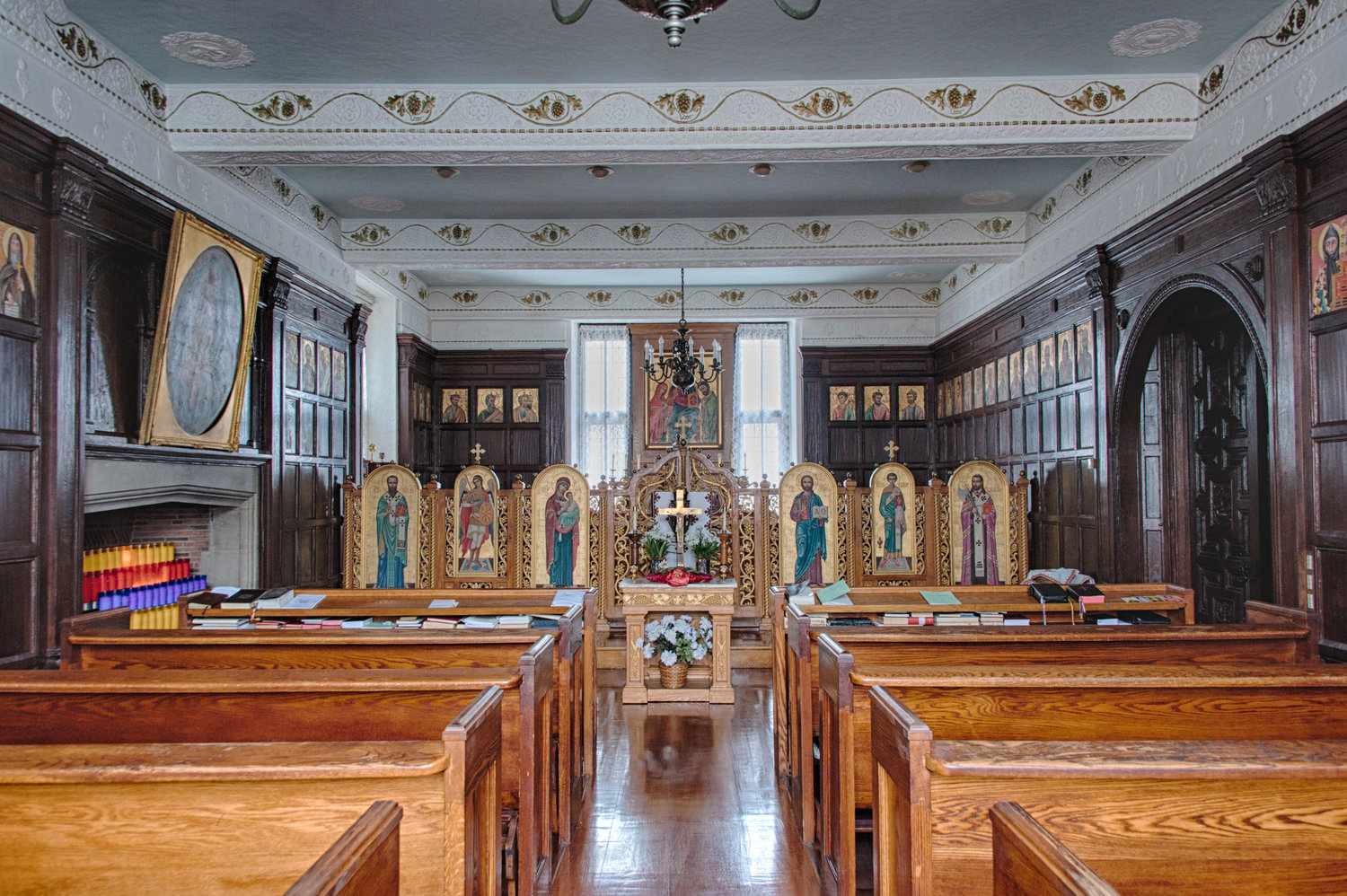 The chapel at St. Josephat's Monastery in Lattingtown, home to Father Basil and other Ukrainian Catholic monks
RONI M CHASTAIN
By Will Sheeline

On Feb. 24, roughly 150,000 Russian soldiers under the direct orders from President Vladimir Putin, invaded neighboring Ukraine. Claiming it was merely a “military exercise,” Putin’s true goal seems to be a clear and unilateral takeover of the sovereign country.

There is a long history between Ukraine and Russia, which dates back to over 1,000 years. Kyiv, the capital of modern Ukraine, was once the heart of Kyivan Rus,’ the first great Slavic empire in the region, and the cultural ancestor of Ukraine, Russia and Belarus. It was also in Kyivan Rus’ that Christianity was first popularized, giving it not just a cultural significance, but also a spiritual one.

In modern times, Ukraine was seen by Russians as an important appendage of the Soviet Union, helping to protect the motherland and providing grain. It is in the former role that concern Russians, and especially Russian politicians.

Having taken Crimea from Ukraine back in 2014, Putin has never shied away from aggressive steps to get what he wants. But why is he so fixated on Ukraine, and what does the average Ukrainian and Russian living in America think of his war?

The Herald attempted to interview several Russians but most refused. Those who did agree to speak to us insisted that they remain anonymous fearing retribution.

“Ukraine means ‘at the border,’ or ‘the borderland,’” said Yaroslavl (an alias), who is of Russian descent. “Russian foreign policy since the tsars has always been to have a buffer zone, to slow down invasions like that of Hitler or Napoleon.”

It is this fear of foreign invasion that remains in many ways at the heart of modern Russian foreign policy. Putin’s greatest fear seems to be the encroachment of NATO upon Russia’s borders. He has claimed that Ukraine’s attempts to join NATO are a direct threat and act of aggression towards Russia.

“Putin specifically said he doesn’t want to see NATO expanding towards the Russian border,” said Ivan, a Russian-American who used an alias. “For that reason, he decided to take this particular action, which is a horrible one of course.”

Russia clearly views western expansion through increased NATO membership as an aggressive action, and in many ways the average Russians the Herald spoke to seem to understand this view. But despite this, very few support Putin’s decision to go to war with Ukraine.

“It’s a bloody and horrible business,” Ivan said. “Russians view Ukrainians as cousins. Many have family on both sides of the border.”

“People understand this has made Russia a pariah state, and Putin a pariah,” Yaroslavl added.

From the Ukrainian perspective, however, there is no justification whatsoever for the invasion. Although Ukraine has only existed as an independent nation-state for some 30 odd years, the Ukrainian people have a deep-seated belief in their distinction from Russia, both culturally and politically. The Ukrainians believe Putin’s actions to be unduly aggressive, and fundamentally unprovoked.

“We see clearly the aggression towards Ukraine, since 2014 … it’s clearly an indication that he has intended to take the country for a while,” Volodymyr Tsyalkovsky, community liaison for the Ukrainian Americans of Long Island said. “It’s clear that he wants to take the whole country, not just Donetsk and Luhansk.”

Attorney Oleh Dekajlo, the chapter president for Long Island at the Ukrainian Congress Committee of America, also believes that Putin’s invasion is unjustified, in keeping with his character, and that of his administration.

“It’s Putin’s desire, his government’s desire to exercise his strength,” Dekajlo explained. “He’s feeding on perceived weakness, whether of the EU, NATO, or the U.S.”

Aside from geo-political strategy, Dekajlo said he also thinks it’s clear that Putin has been reveling in his power for too long. “Clearly, he has the mindset of a dictatorial madman,” Dekajlo said.

Father Varcilio Basil Salkovski, a Ukrainian Catholic monk at St. Josephat’s Monastery in Lattingtown, said he too believes that Putin has exercised his authority and strength for too long. “This is not the first time Putin has invaded or threatened Ukraine,” he said. “In 2014 when he took over Crimea, he tasted that freedom to take over our lands. He’s got a taste for it.”

Ultimately, the full origins of this invasion, will not be known for years, possibly even decades, after the conflict is over. In the meantime, as Russia continues to pour troops into Ukraine and sanctions against Russia continue to accumulate, the citizens of the world can only hope that the invasion stops soon, with as minimal civilian casualties as possible.
Report an inappropriate comment