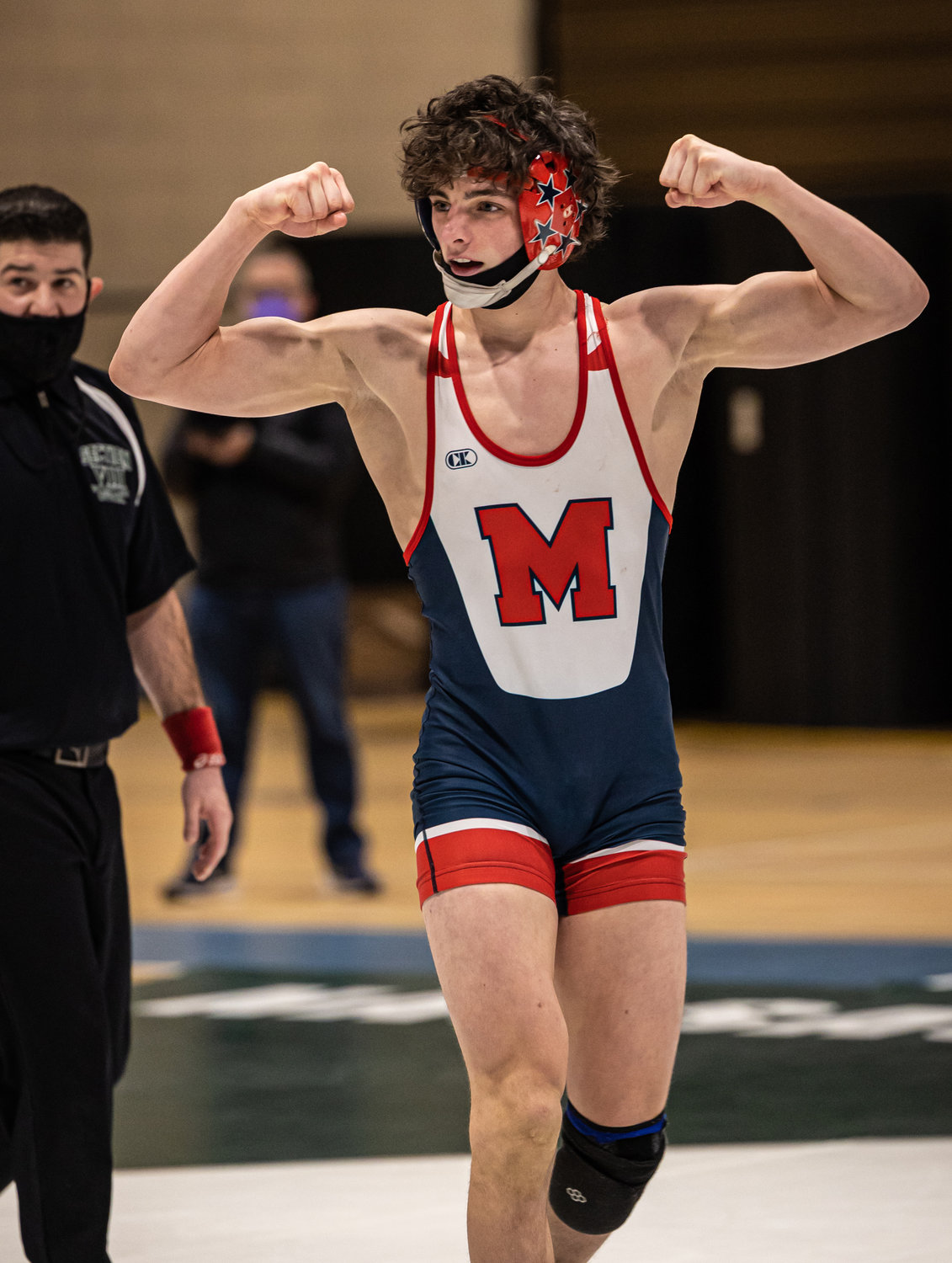 Killian Foy completed his heralded wrestling career as a champion.

Foy entered the counties determined to go out on top after missing out on a chance to compete for a championship as junior when no postseason tournaments were held during a truncated 2020/21 season due to the COVID-19 pandemic. The senior reached the finals in his second straight county championship appearance with a technical fall win against Syosset’s Jacob Brockey just 3:28 into the match, one of three pins he recorded during the tournament.

“We were proud of him and I think he was proud of himself to finally be the champ,” said 13th-year MacArthur head coach Rob Paletta of Foy, who is committed to wrestle on the collegiate level next year at the University of Pittsburgh. “He deserves it and is one of the best wrestlers in Nassau County.”

The county championship earned Foy a second appearance in the New York State Wrestling Championships held at the MVP Arena in Albany last weeked. Foy earned his second All-State honors with a third place finish. He won the third place match by pinning Casper Stewart of Attica-Batavia late in the first period.

Foy reached the state semis as the five seed after knocking off fourth-seeded Jared Weinhaus of Sachem East, who was a Suffolk County champion and entered the states unbeaten. He won by technical fall in the previous round versus Zachary Miller of Islip.

The third place showing improved on Foy’s previous appearance in the counties when he finished fourth. As a freshman, Foy, who first competed on the  varsity level as an eighth grader, reached the finals stage at 99 pounds before falling to Hilton High School’s Gregor McNeil.

MacArthur finished fourth as a team in the county championships with 153 points, just six behind third place Hewlett. The Generals were runner-up at the Nassau County Division 1 Dual Meet Tournament in late January falling to Wantagh 38-28 in the finals.

“We had a good run this year,” Paletta said. “Overall it was a solid year for MacArthur wrestling.”