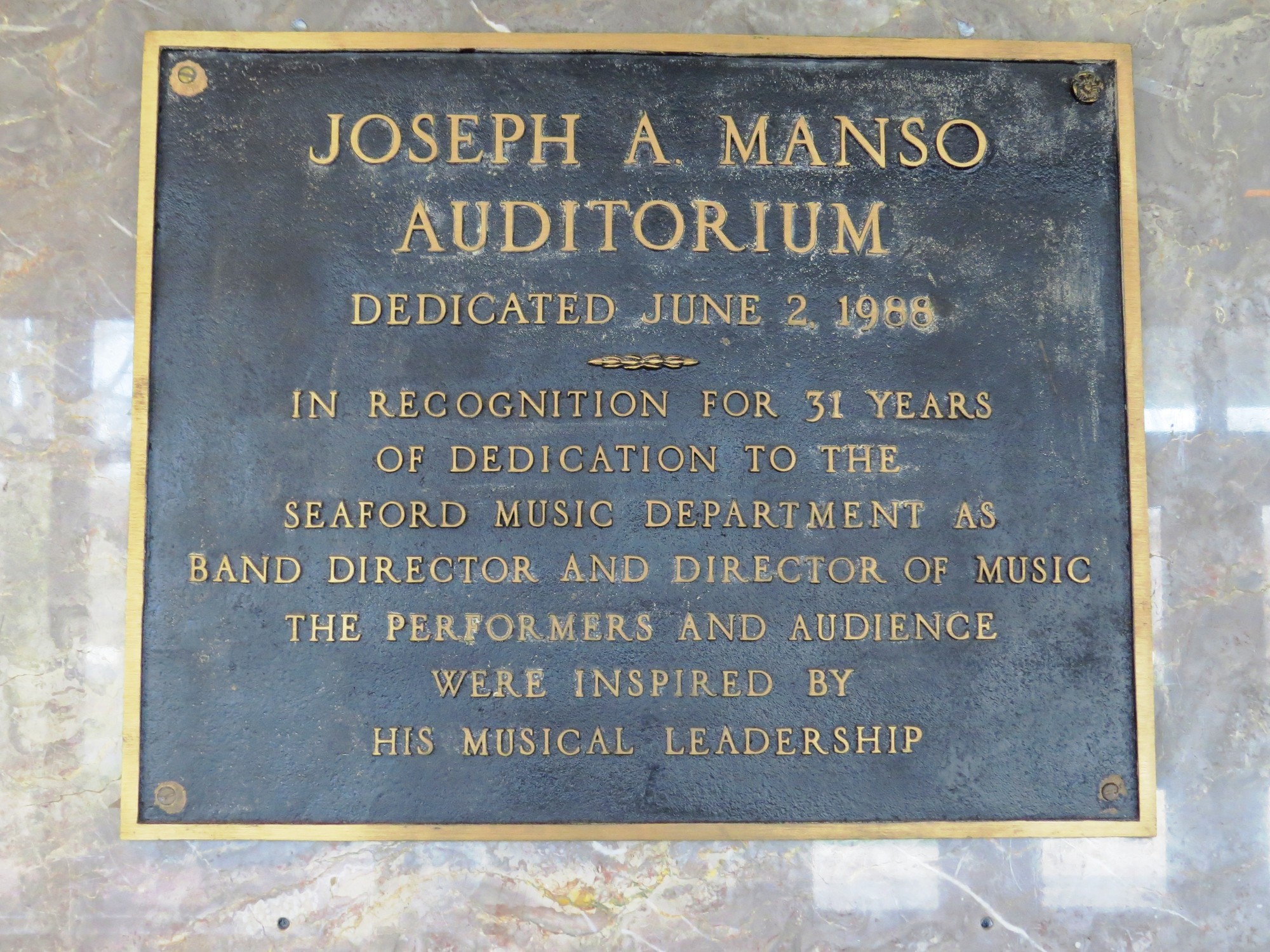 The Seaford High School auditorium was renamed in Joseph Manso’s honor upon his retirement from the district in 1988.
Courtesy Felicia Febrizio/Seaford Schools 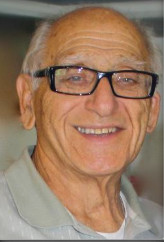 As a father, teacher, musician, conductor and carpenter, it’s clear that Joseph Manso was an inspiration to all. Seaford is mourning Manso after he died of cancer at his Massapequa home on Jan. 5. He was 85.

“It’s been 32 years and I have such a debt of gratitude to him,” said David Dubin, a teacher at Wantagh High School and a former drum major. “At Seaford, they look at participation in music as a central focus, and no one ever thought to skip rehearsals on Thursday afternoons. He was such an influence in that way.”

Manso, a Port Washington native, mastered the trombone — his teacher was taught by John Philip Sousa — and got his start as a trombonist and conductor of the Army Band at Fort Hood in Texas after being drafted into the Army. After his discharge, he attended SUNY Potsdam, where he earned a degree from the Crane School of Music and also met his wife, Adele Ann DiVito. He later went on to complete a master’s at Columbia University.

“He showed me what it’s like to work with a group and how to work hard,” Dubin added. “You knew that the end result was going to be quality and impressive.”

Dubin said that Manso had the type of authoritative mentality that made his students want to do better. “You don’t like the way I do things, then there are five doors out of here,” was Manso’s catchphrase, and no one ever questioned it, Dubin recalled.

Manso started working in the Seaford School District in 1957, and helped music thrive in all of the secondary schools. He was appointed director of music and the high school band in 1967, and went on to earn national and international recognition for his performances.

“One of my favorite memories was when I was in the 10th grade,” Superintendent Brian Conboy said. “He used to take the band on trips, and we went to Disney [World] in Orlando, Fla., where we marched down Main Street together.”

Two years later, Manso took the high school band to Belgium, where they took part in a youth musical competition. He helped end their performance on a high note with “Stars and Stripes,” and the band ultimately brought home a title.