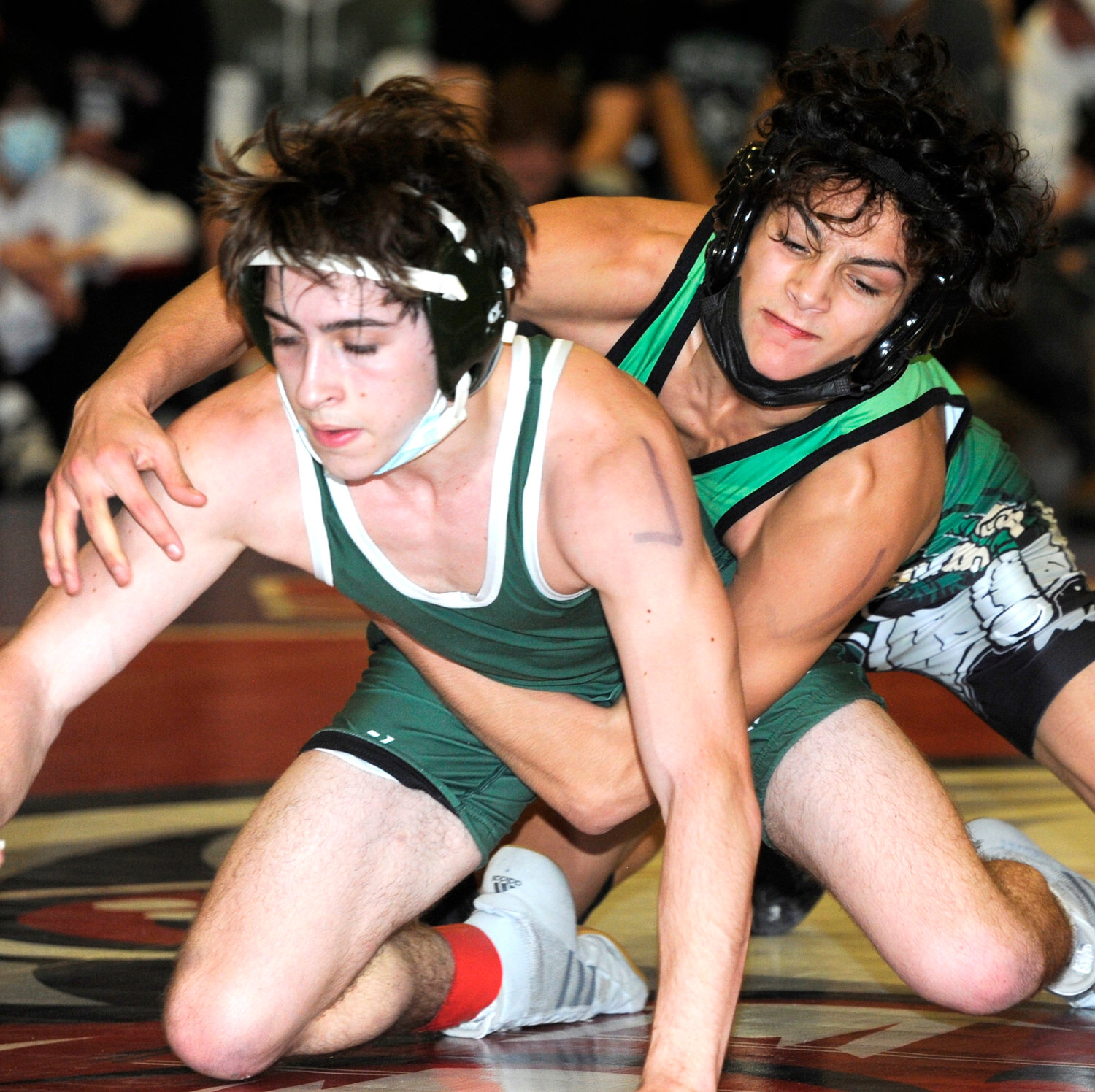 Seaford will send a half dozen wrestlers to the New York State Championships after a successful run in the counties.
The Vikings qualified six for states with two wrestlers capturing county titles, two runner-up finishes and another two earning wildcards after winning third place consolation matches. Seaford finished the Nassau County Division II Championships held at Cold Spring Harbor High School on Feb. 12 just four points behind Cold Spring Harbor with 268.
“The most we previously had going to states is three so to six going is pretty awesome,” said ninth-year Seaford wrestling head coach Dave Takseraas. “We’re excited.”
Junior Jack Godoy captured his first county title with a 10-0 major decision win against Carle Place’s Jack Parise in the 118-pound finals to cap off a dominating tournament performance in which he never gave up a point. Godoy, who finished second as a freshman at 99 pounds two years ago,  pinned Jefry Pacheco of Island Trees in the semifinals.
Sophomore Louis Cannata also reached the top of the podium with an 11-5 victory over Michael Centrella of Cold Spring Harbor in the 132-pound finals. Takseraas said Cannata has made major strides in his first full high school wrestling season after a truncated freshman campaign due to the COVID-19 pandemic where there were no postseason tournaments.


“We weren’t really sure what to expect of him entering the year,” said Takseraas, who noted that Cannata began the season wrestling in junior varsity before moving up due   to an injury in December prior to a match against Island Trees. “He kept getting better every match and it is exciting to see how he has progressed.”
Freshman Brendan Watson placed second at 102 pounds after narrowly falling 6-5 in the championship bout to Clarke’s William Grassini. Junior Neriel Colon also qualified for states with a second place finish at heavyweight, where he was pinned by John Zabielski-Ramos of North Shore.
Senior Vito Valentino and junior Patrick McClernon both earned wildcard entries into the state championships after winning their third place matches at the counties. Valentino defeated Sonny Consolazio of Locust Valley in 110 pound consolation finals while McClernon won a decision against Carle Place’s Fernando Serrano.
Takseraas said Godoy has a strong chance for a high finish at the states and that all the Seaford wrestlers who will hit the mats at Albany’s MVP Arena this weekend have the ability to reach the podium.