A new boardwalk must protect life and property 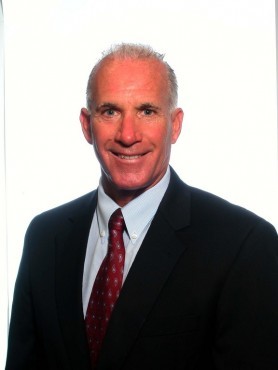 On Sept. 12, 1960, I stood on Washington Boulevard with my father, who pointed out to me that the ocean was meeting the bay during Hurricane Donna, a Category 1 hurricane with 95 mile per hour winds and an 11-foot storm surge.

On Oct. 29, 2012, at approximately 6:30 p.m. — 12 minutes before Hurricane Sandy hit Long Beach — as a member of Long Beach Fire Department’s Engine 42, we drove down Washington Boulevard heading toward Broadway, and saw the ocean level rise to 3-feet. We had to make a U-turn at Beech Street to continue our evacuation to the Maple Boulevard firehouse.

The city has unveiled plans for a new $40 million boardwalk that includes beautiful tropical hardwood, aluminum pipe railings, antique lighting, and a $6 million wave-break wall made of vinyl and fiberglass. Unfortunately, the design will do little to protect residents and property.

In 2006, the City Council voted against an Army Corps of Engineers project to build dunes and reinforce jetty groins, believing, as I did, that a boardwalk with sand underneath it — equal in height and width — provided a natural barrier against the ocean. After the Army Corps project was rejected, the city commissioned a study, undertaken by the firm Coastal Planning and Engineering Inc., which recommended the construction of dunes as recommended by Army Corps, as well as reinforced jetties combined with a 17-foot concrete seawall placed underneath the boardwalk.

The reason the new boardwalk proposal fails to protect life and property is because the design does not include plans to elevate the structure or install a seawall as recommended by CP&E. The height of the boardwalk should increase by 8-feet, which will allow for a 17-foot, 36-inch-thick concrete seawall underneath the span, combined with an 18-foot dune — with the ability to grow in height — in front of the boardwalk that would run from Pacific Boulevard to Ohio Avenue. I also believe that the length of the boardwalk should increase from 2.2 miles to approximately 4 miles, in order to run in tandem with the CP&E plan.