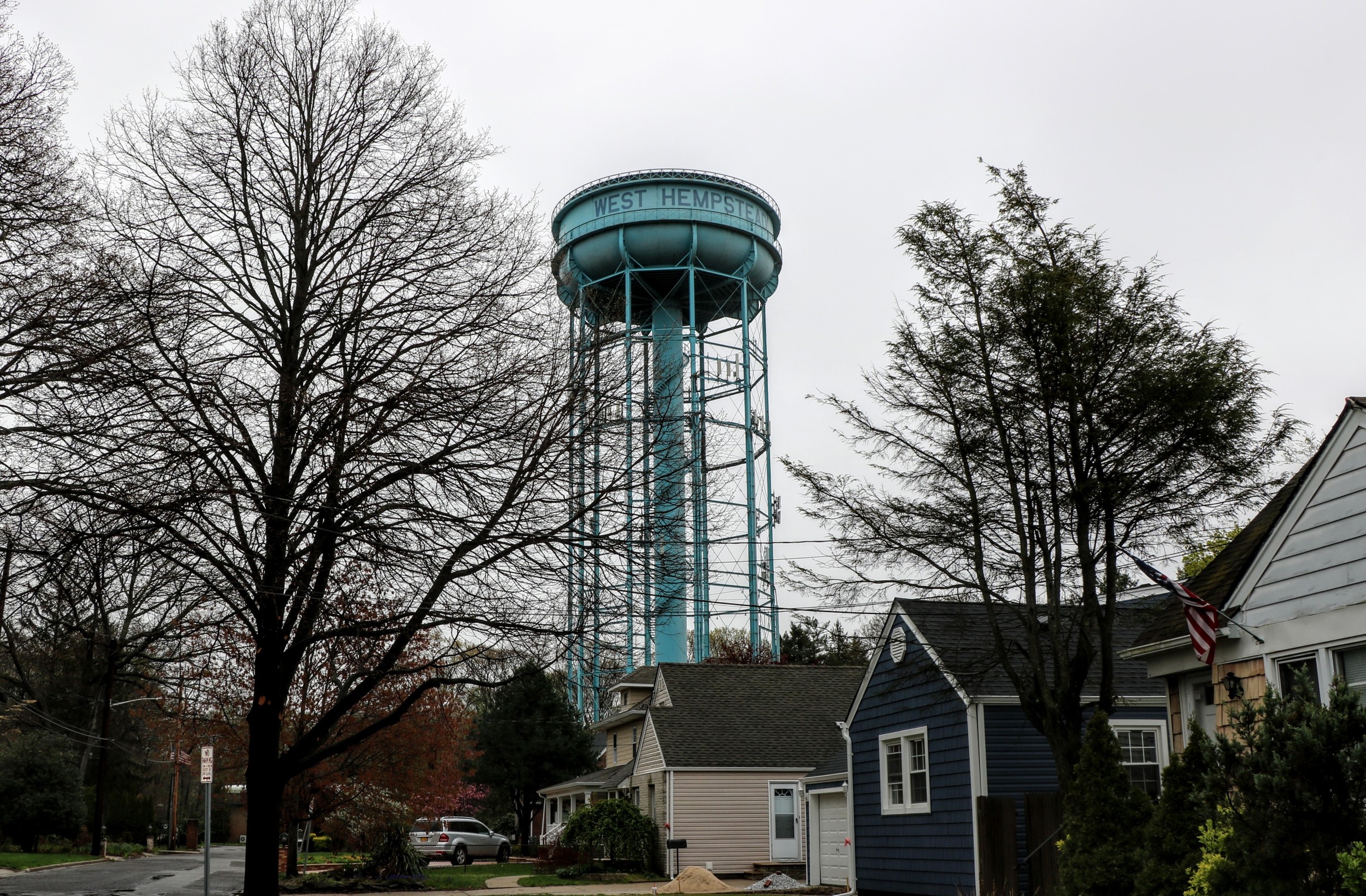 The 225-foot-tall West Hempstead water tower, which has served the community since 1939, will be replaced either this year or next, at a cost of $6.9 million.
Rossana Weitekamp 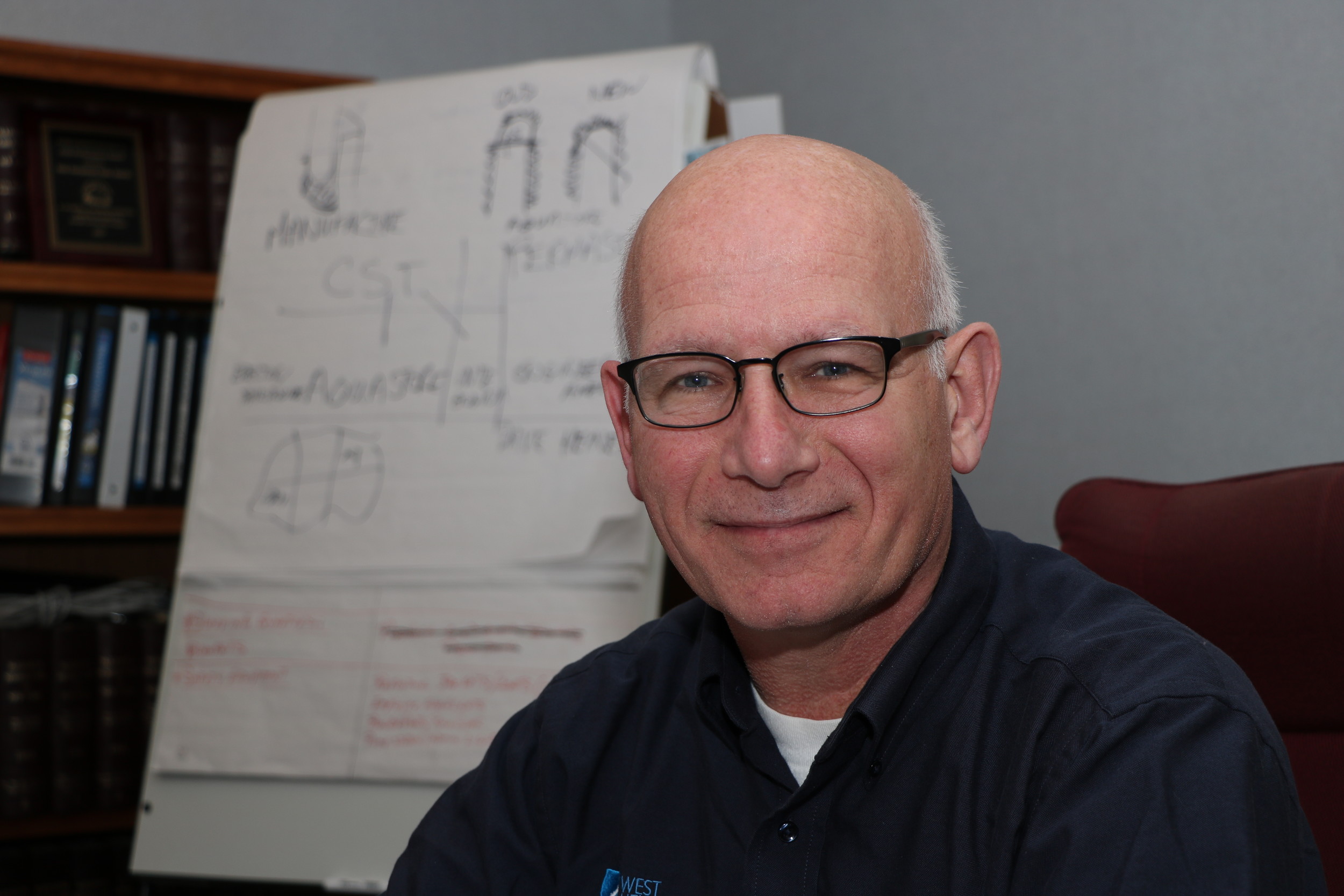 Robert York is superintendent and a 39-year employee of the West Hempstead Water District. He is a lifetime resident of the community.
Rossana Weitekamp 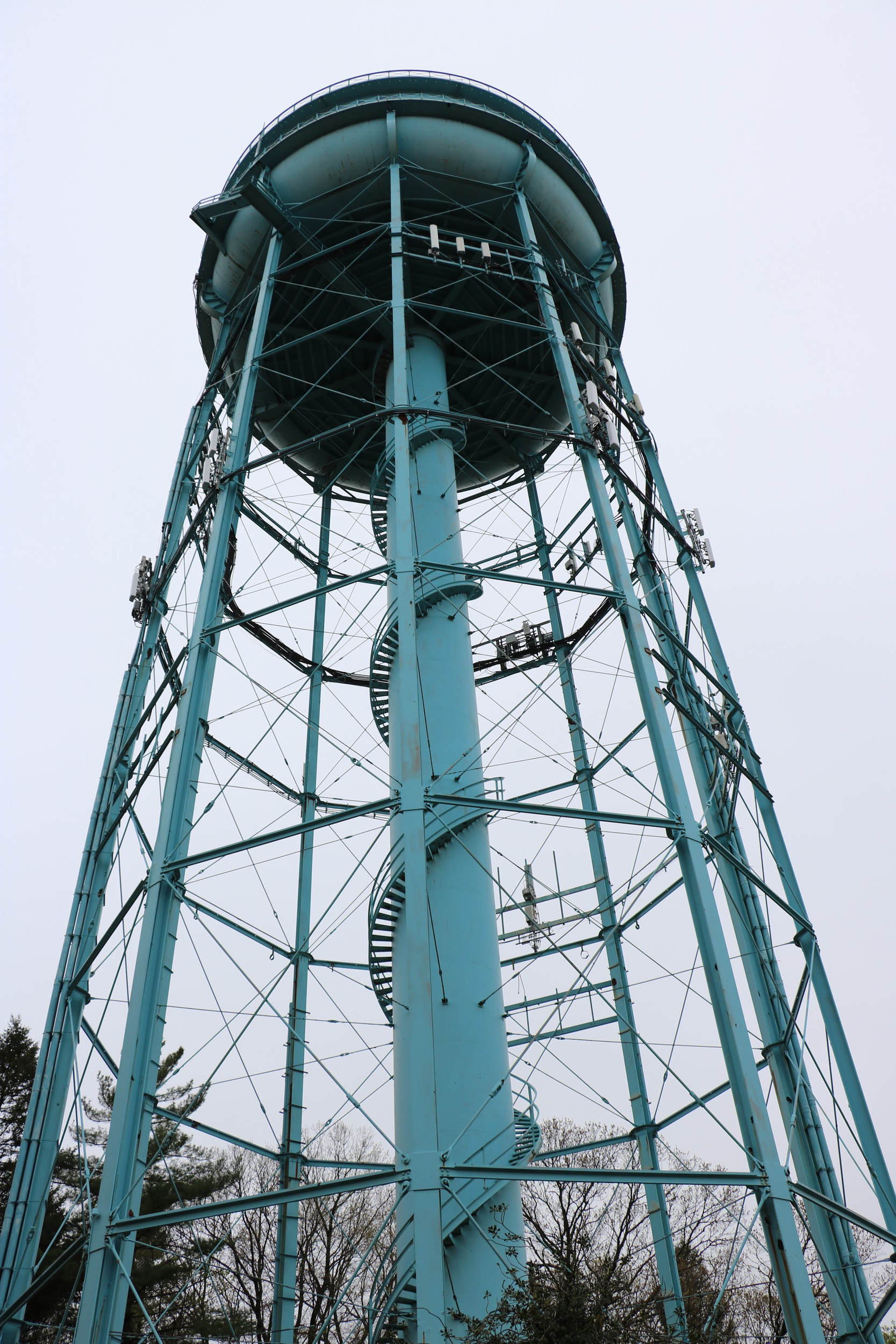 The water tower, last painted in 1995, has an approximate life span of 80 years.
Rossana Weitekamp 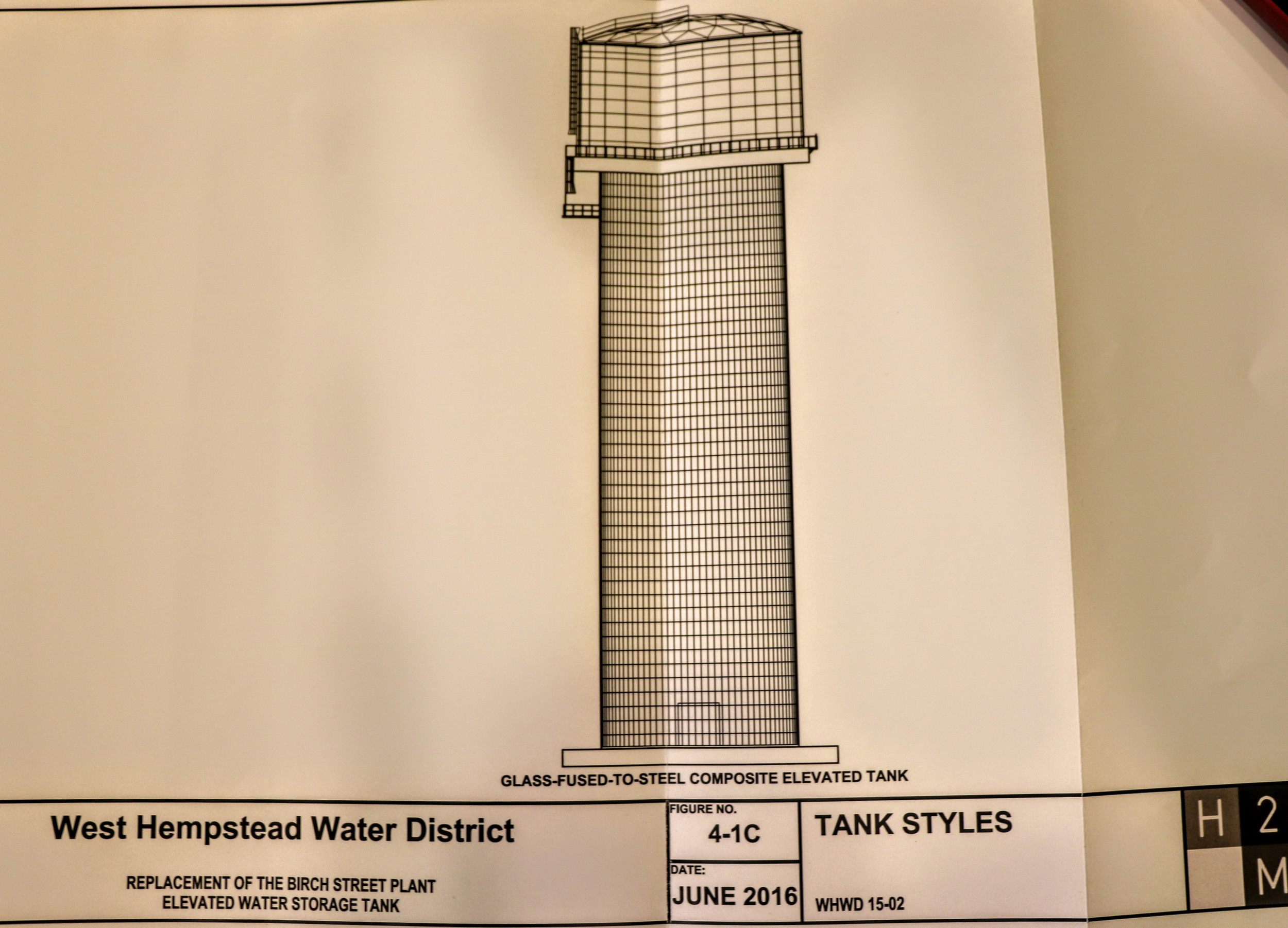 Among the styles under consideration for the water tank’s replacement include this glass-fused-to-steel design.
Courtesy West Hempstead Water District 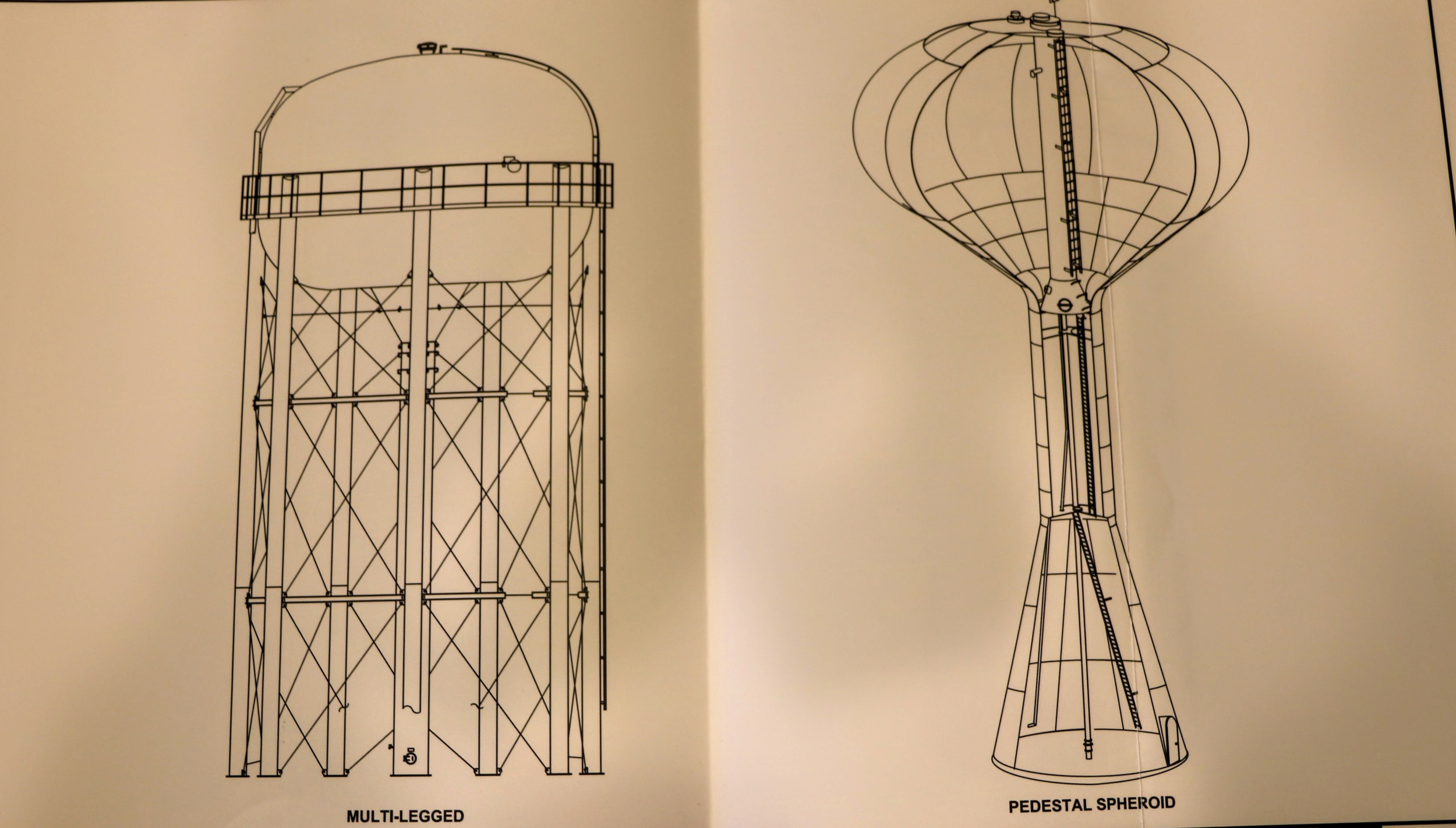 Other tank styles being looked at are these multi-leg and pedestal spheroid designs.
Courtesy West Hempstead Water District 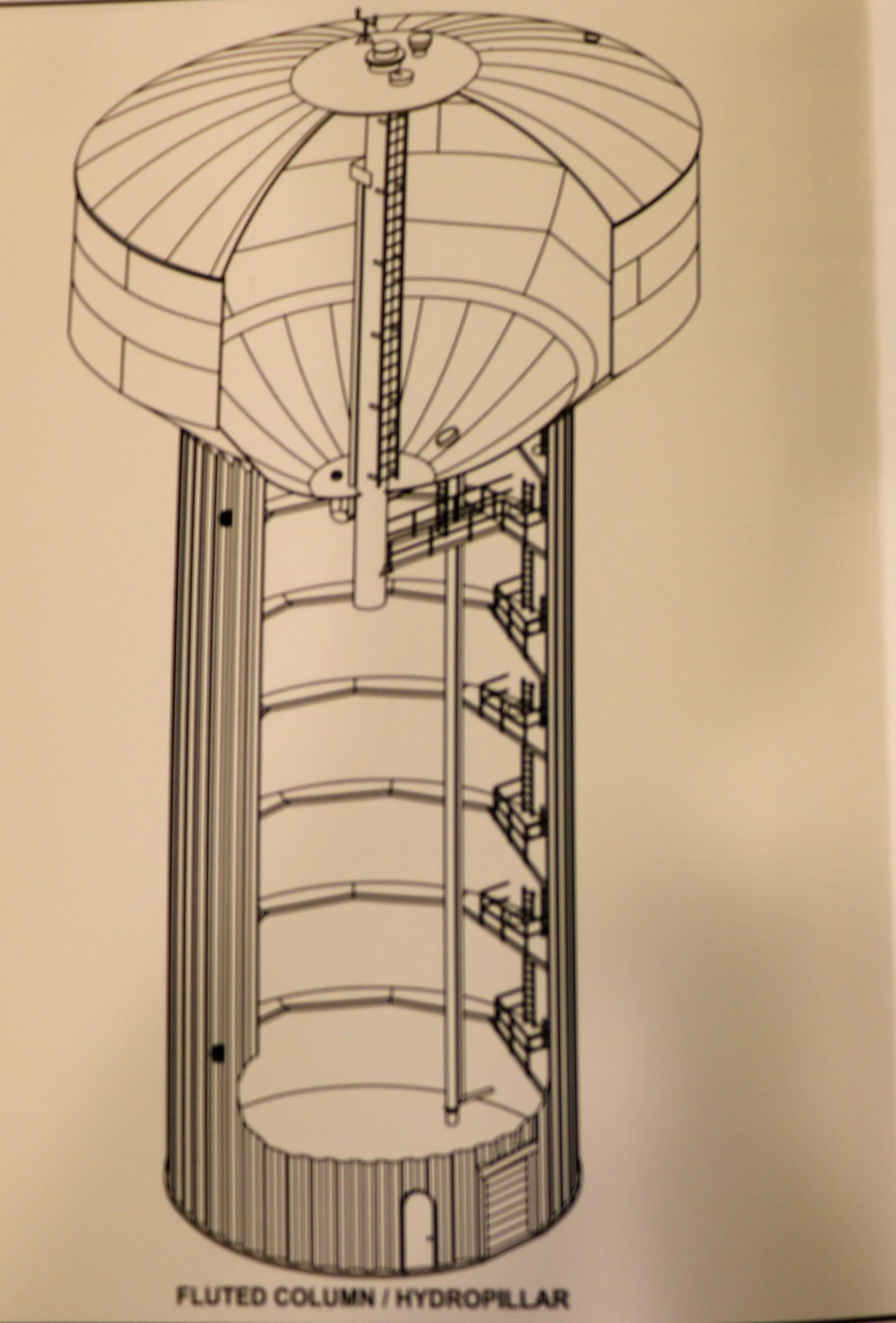 “It’s not going to be an easy day when it comes down,” West Hempstead Water District Supervisor Robert York said of the 225-foot-tall water tower on the water district’s 27-acre property. “This is a very unusual tank — you don’t see these on Long Island anymore. This is the last one.”

The tank, visible for miles from the westbound Southern State Parkway, is part of big changes at the West Hempstead Water District after a $8.4 million bond was unanimously approved at the Town of Hempstead’s April 25 board meeting. Most of the bond — $6.9 million — will be used to replace the distinctive water tank, erected in 1939, which had a $600,000 paint job in 1995. “They anticipate the useful life of a tank to be around 80 years,” said York, who has been employed by the water district for 38 years and is a lifetime West Hempstead resident. “The base metal on the tank becomes very thin over time and can’t be utilized.”

The tower, which holds 750,000 gallons of water, will be replaced with a new, 1 million-gallon tank in anticipation of population growth in West Hempstead and Franklin Square. “We don’t know what’s going to happen here in 50 to 75 years,” York said. “We could have more apartment complexes like we do on West 130,” he added of the recently built apartments adjacent to the West Hempstead railroad station. Today, the district, which celebrated its 90th anniversary last year, serves 7,900 consumers among a population of 32,000 in its 2.5-square-mile service area.

York, who has been to the top of the water tower several times, and said that Jones Beach is visible from up there, is reviewing replacement tank styles to determine which is best in terms of cost, maintenance and aesthetics. The district is considering five designs, some with concrete bases and others with a multi-leg riser. “We anticipate going out to bid for the project after the summer,” York said, “and beginning construction either towards the end of 2017 or in 2018.” Depending on the tank style chosen, the construction period could last eight to 18 months.

In addition to a new water tank, the bond will fund several other projects, including:

Replacement of a caustic tank at the district’s Center Street location, which is at the end of its 30-year life cycle. The tank, which sits below ground, will be replaced with one above ground which will cost $264,000.

Upgrading the district’s alarm system for the administration building and all the pump stations, at a cost of $136,000.

Repaving of the parking facility and sidewalks because of heavy equipment driven through the district’s plant and roadways at an estimated cost of $219,000.

Replacement of exterior pump stations and some property roofs for about $154,000.