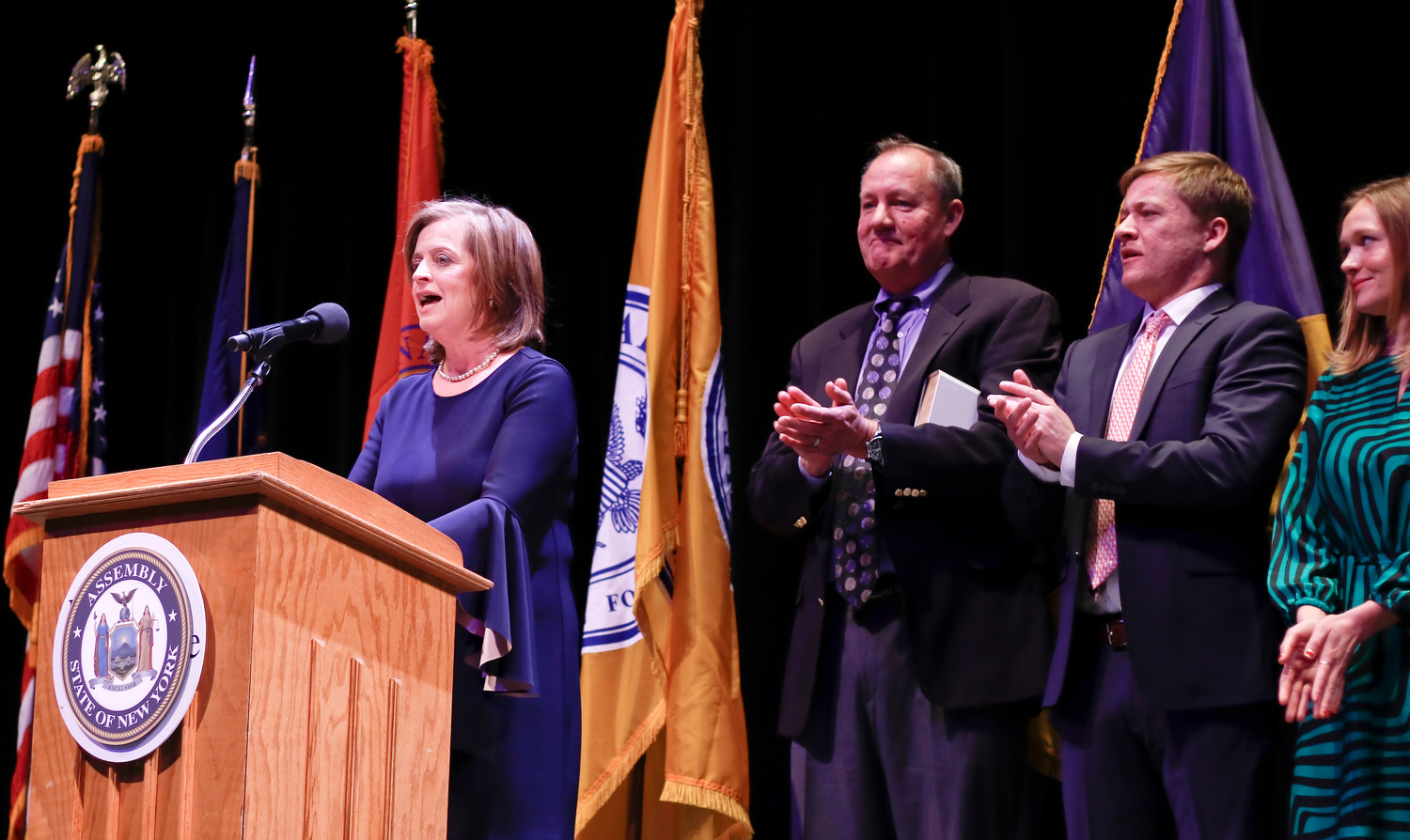 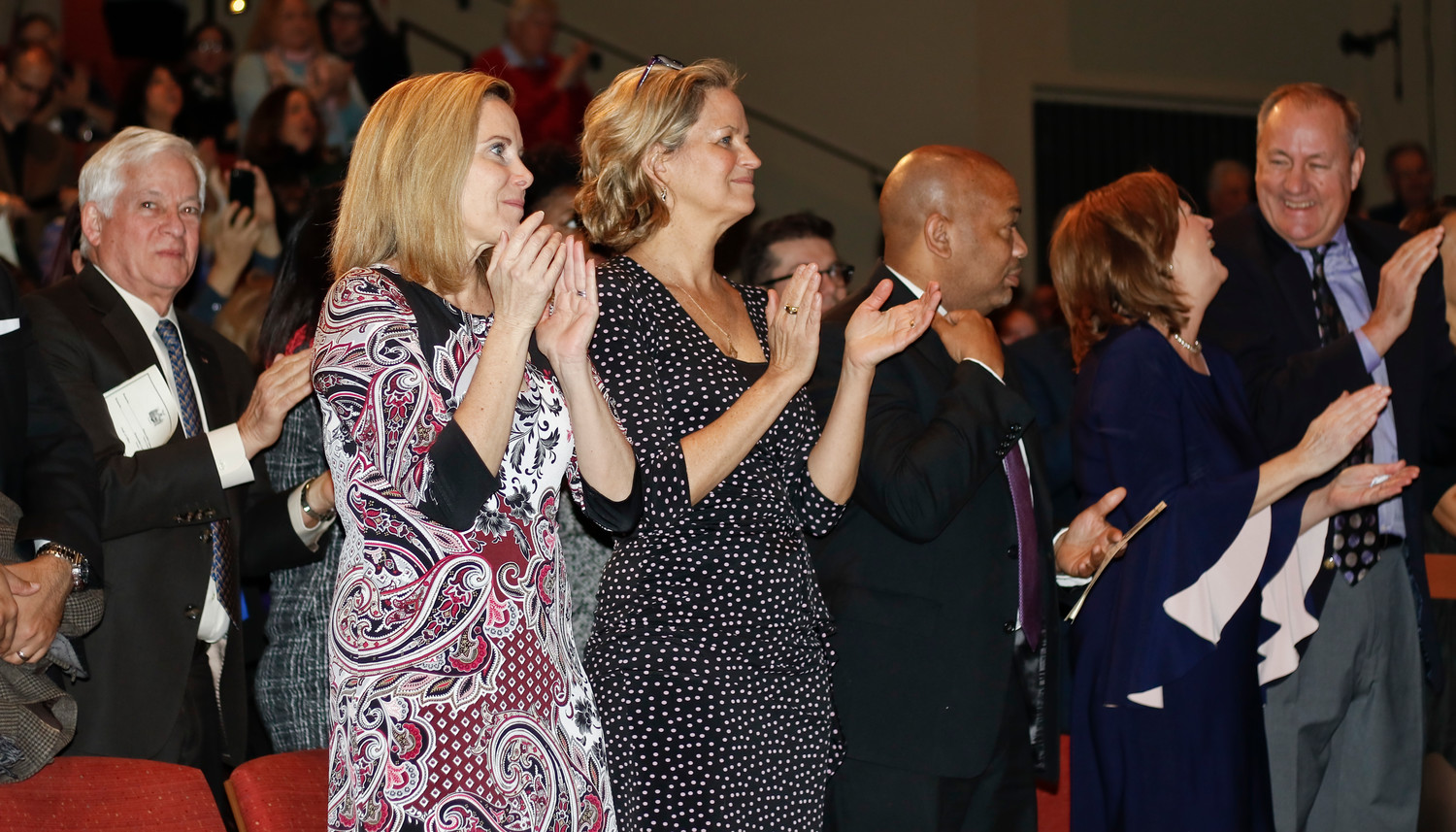 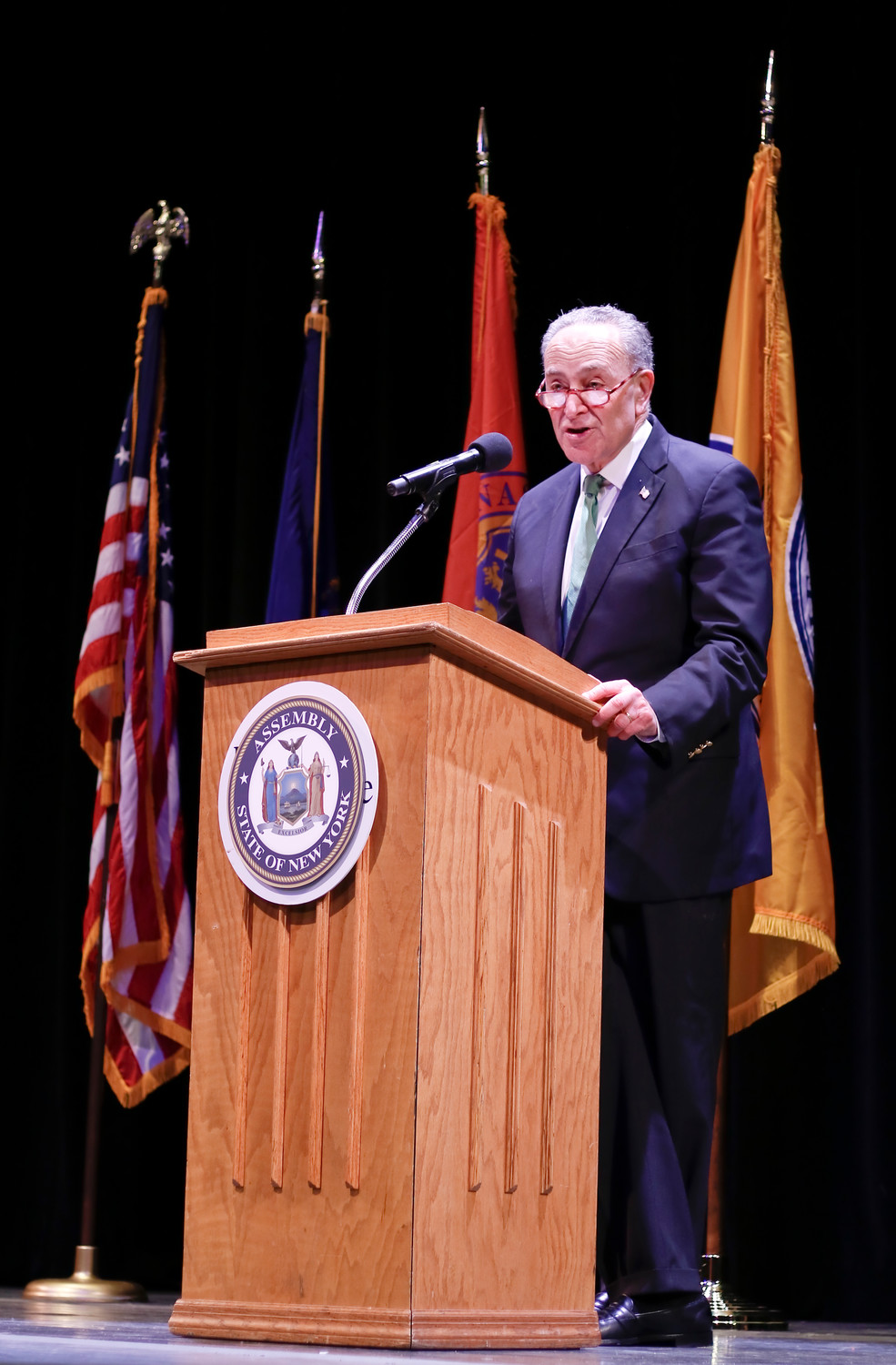 Senate Majority Leader Chuck Schumer made a surprise appearance to speak about Griffin’s dedication to her community.
Christina Daly/Herald 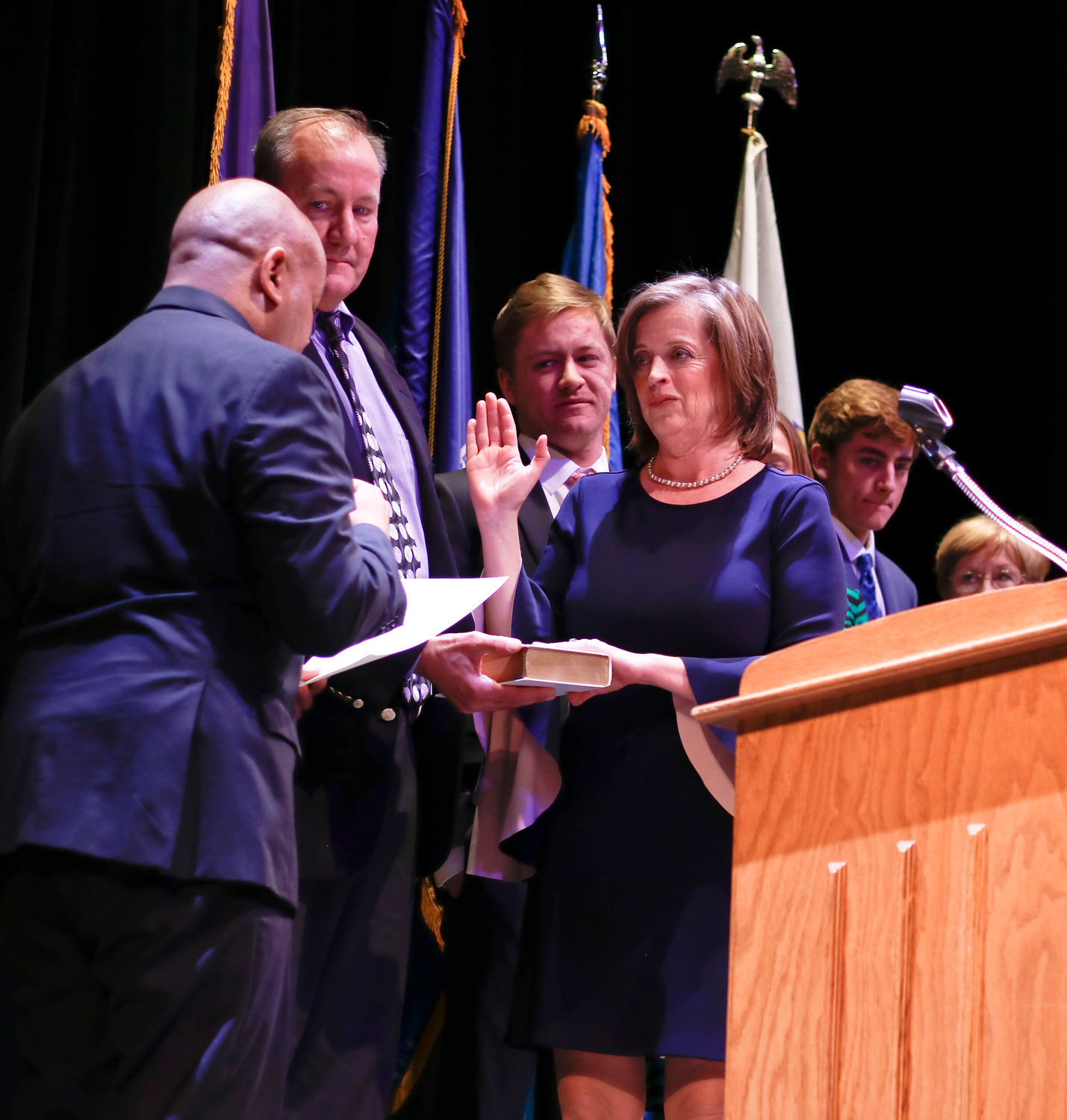 Griffin took the Oath of Office on her late brother's bible.
Christina Daly/Herald
Previous Next
By Ben Strack

State Assemblywoman Judy Griffin was sworn in during a ceremony at Molloy College’s Madison Theatre on Jan. 13 two months after she defeated incumbent Brian Curran.
Griffin, a Rockville Centre community activist and a former director of community outreach for State Sen. Todd Kaminsky, took 53 percent of the vote last Election Day in the 21st Assembly District to unseat Curran, of Lynbrook.
“It was like a full-circle moment,” Griffin said about the swearing-in ceremony. “I’ve spent most of my life just working hard for communities and working hard to advocate for people, make things better for my kids and other kids and community members, so it was nice to hear how that was recognized.”
Since elected, she said, she has met with constituents and groups to discuss a range of issues, and a day after being sworn in, she hit the Assembly floor in Albany. Her husband, mother and sister joined as new Assembly members were introduced.
Among Griffin’s priorities as she begins a two-year term include women’s reproductive health care; ending the link between teacher evaluations and test results; and sponsoring a bill to prohibit teachers from having guns in school, she told the Herald on Monday.


She also noted the need for voting reform legislation, such as allowing early voting, which passed the state Assembly and Senate on Monday. “We’re moving forward really quickly in the Assembly,” Griffin said.
Griffin is also serving on a range of committees, including the environmental conservation, higher education, economic development and drugs and alcohol committees.