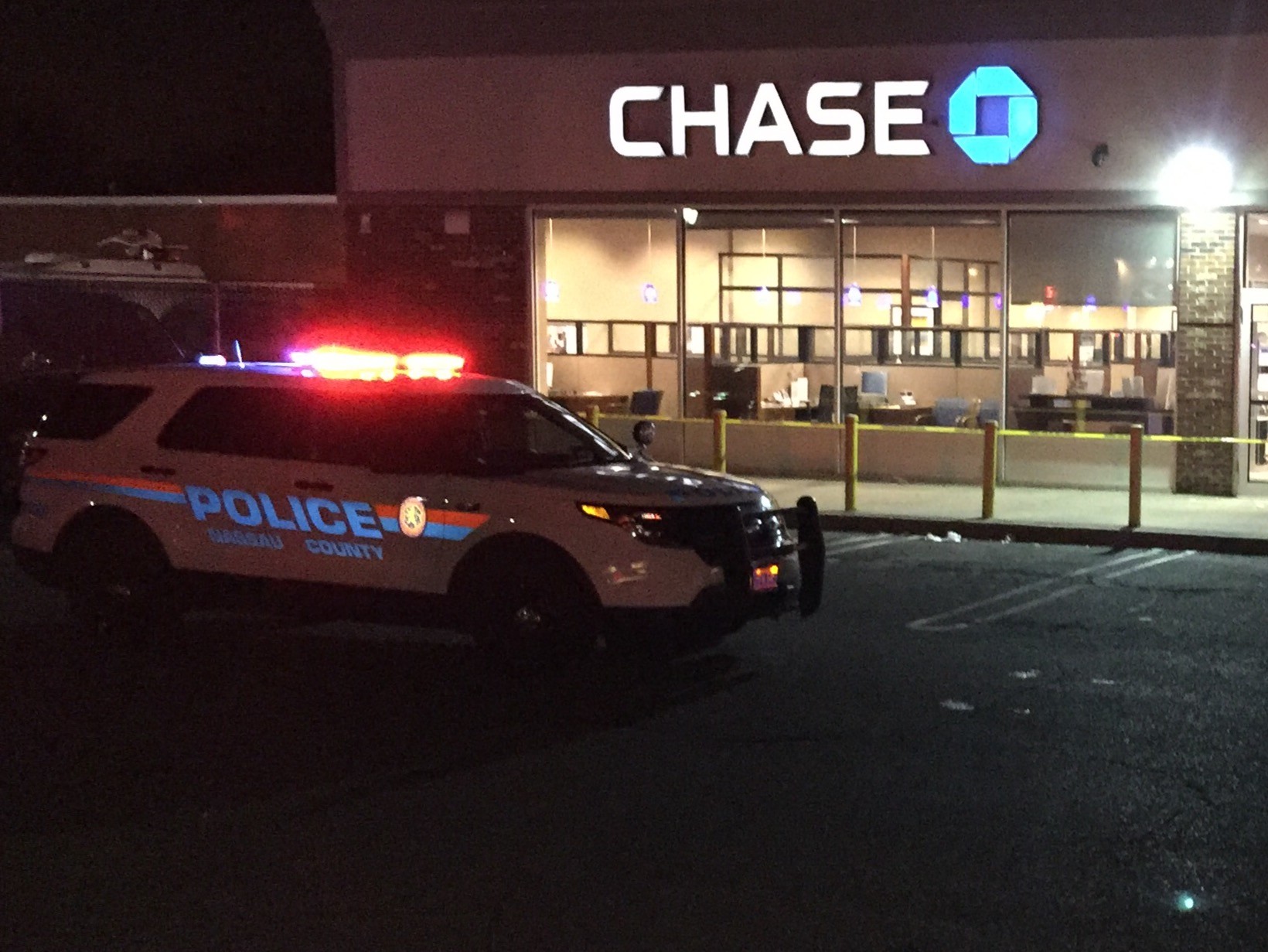 A security guard shot an alleged bank robber at the Chase Bank at 654 Franklin Avenue in Franklin Square on Jan. 14, police said.

According to police, Elmont resident, Lawshawn Pierre, 20, entered the bank just before 5:35 p.m. and announced the robbery. He then pointed his gun at two security guards. One of the guards is retired law enforcement and shot Pierre four times. At the time of the shooting there were seven employees and eight customers inside the bank, police said. Other than Pierre, there were no other injuries.

Pierre was taken into custody and brought to a local hospital, police said. Pierre was charged with attempted robbery. He was arraigned bedside at the hospital on Jan 16.

After the shooting and attempted robbery, police quickly roped off the shopping center on Franklin Avenue as investigators searched the crime scene. The police believe that Pierre chose this Chase Bank location due to the proximity to the Southern State Parkway, which would have made Pierre’s capture more difficult for the police.