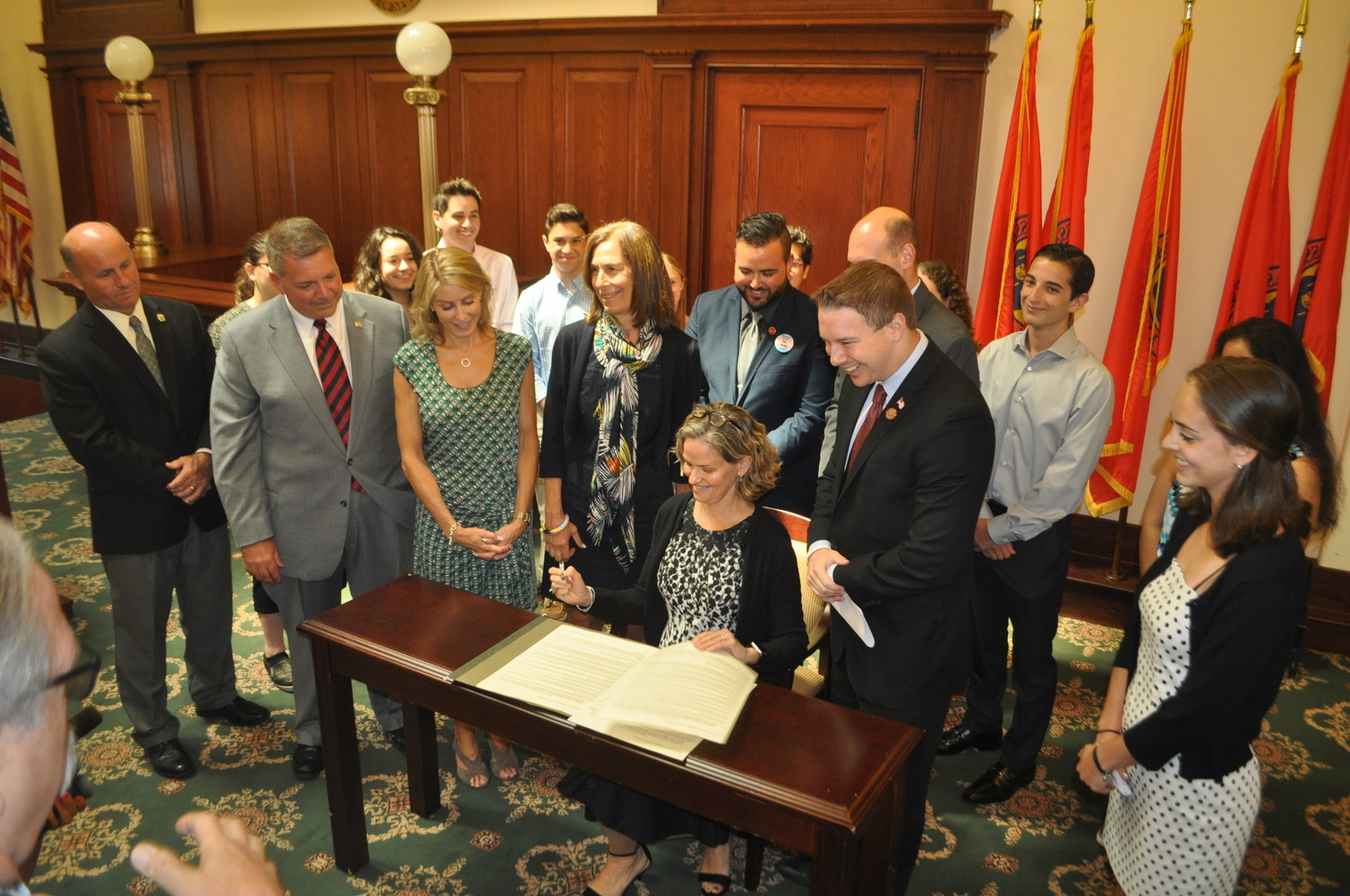 The Nassau County Legislature passed a resolution establishing a dedicated anti-bullying website, described by the legislation’s author, Legislator Josh Lafazan, as a “clearinghouse” of information for the county’s students and parents on the harm that bullying can cause, and how to stop it.

The resolution was approved unanimously by the full legislature on July 9 and signed into law by County Executive Laura Curran three days later. The website will be up and running before the school year begins this September.

The website will take aim at what Lafazan described as a “critical” issue: When a child is being bullied, it’s not often clear to parents what they can do about it.

A state law, the Dignity for All Students Act, or DASA, enacted on 2012, requires schools to include anti-bullying measures in their codes of conduct, to gather data on bullying incidents and to appoint a faculty member to oversee the implementation of DASA policies, according to the state’s Education Department website. This DASA coordinator is responsible for making sure that cases of bullying are handled appropriately.

One problem, according to Lafazan, is that schools don’t always make it clear who the DASA coordinator is. The website, which will ultimately be found at NassauStopBullying.org, will provide a list of the coordinators for each school in the county, updated every six months.

Legislator Delia DeRiggi-Whitton framed the matter of bullying against another issue that the county is trying to address — the opioid crisis. “A lot of kids feel a lot of pain from being bullied,” DeRiggi-Whitton said, “and a lot of that pain causes them to look toward opioids. [The website will] compliment the work of our agencies, but as a county, we’re limited in the work we can do. What we can do is make it easy for parents to access the information they need.”

The Long Island Coalition Against Bullying — with whom Lafazan partnered in crafting the resolution — has pledged $10,000 to pay for a public-service announcement promoting the website. Joseph A. Salamone, the organization’s executive director, said that the website would be “an important step” toward addressing bullying on Long Island, “and gives victims, families and schools more centralized resources in their time of need.”

“It is so important that we do all we can to protect our youth,” Curran said adding that the resolution would help “streamline the process” of helping the parents of bullied children understand their options. “There is no excuse for bullying . . . [and it] can happen anywhere, at any time”

Lafazan, 24-years old and the second youngest elected official in the history of New York State, said that he felt particularly responsible for tackling the issues affecting young people. He asked rhetorically, “If I’m not going to be the fighter for kids, who is?”

When talking about the website’s section on being a bystander, Lafazan echoed that sentiment. He said that encouraging kids to step in and protect victims of bullying was a matter of teaching them to ask themselves, “If not you, then who?”

The resources on the website will be designed to help parents have conversations with their children about bullying and the “dangers of being a bystander.” But, Lafazan said, he also hopes that the lessons the website imparts will not be lost on the parents themselves. “We find that bullying isn’t just among kids, but among parents as well,” he said, adding that in the current political climate, “We’re unfortunately not always seeing each other as neighbors and Americans first.”