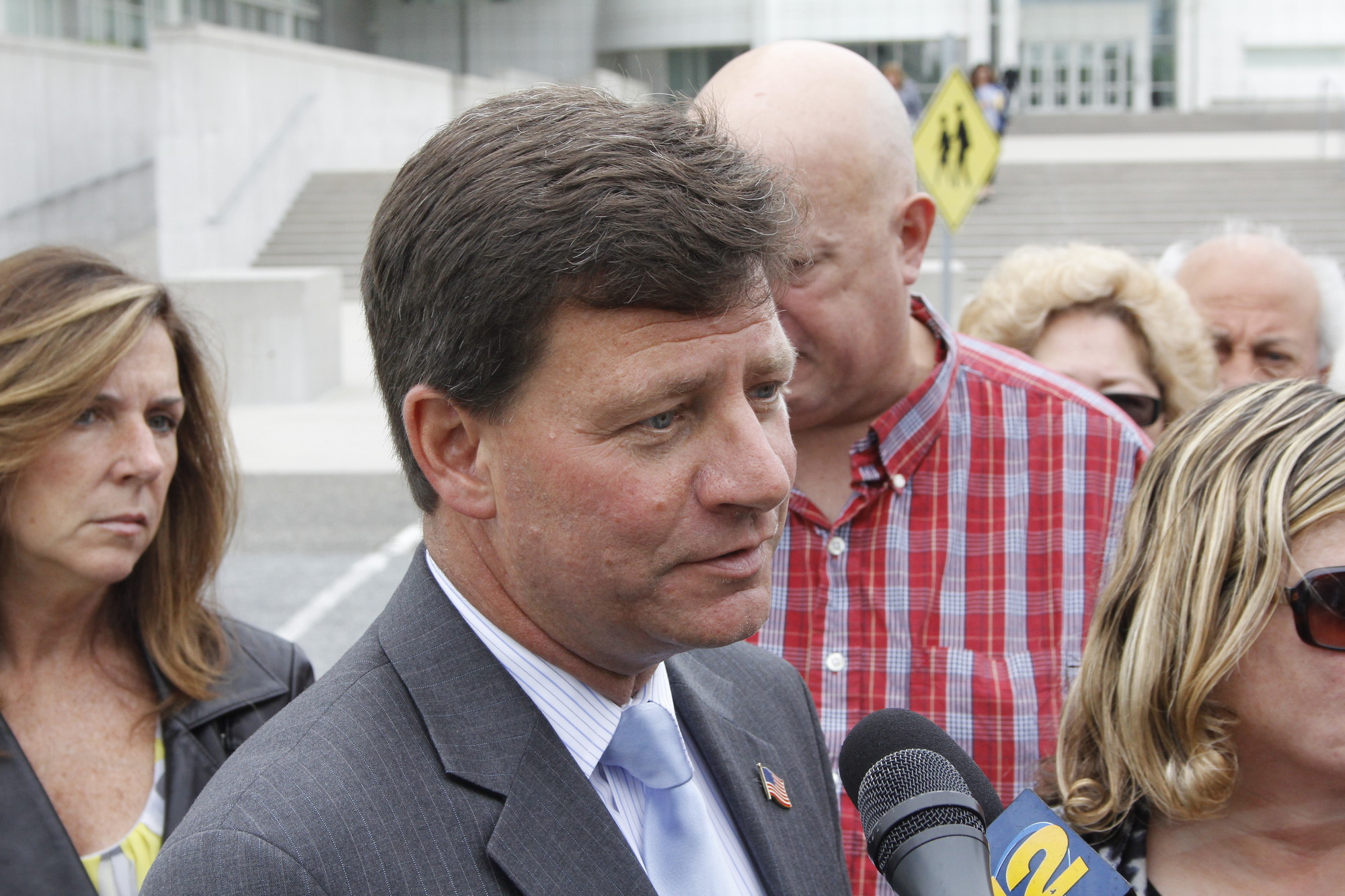 Dave Denenberg, a former Nassau County legislator from Merrick, offered public apologies after his sentencing for mail fraud on June 5 at the U.S. Courthouse in Central Islip. He will spend three months in jail and three months under house arrest.
Christina Daly/Herald
By Brian Racow

A federal judge last Friday sentenced Dave Denenberg, the former Nassau County legislator who pleaded guilty to cheating a law client out of $2.3 million and resigned from office earlier this year, to three months in jail and three months of house arrest. After the confinement, he must complete three years of supervised release.

Ninety days’ incarceration was far less than the 20-year maximum Denenberg faced, and it was also less than federal sentencing guidelines’ suggested range of 41 to 51 months and the U.S. Probation Department’s recommendation of 41 months.

But U.S. District Court Judge Joanna Seybert showed Denenberg leniency, citing his years of public service as a mitigating factor. She also disclosed that last year he paid $872,000 — more than he personally netted from the scheme — in restitution to the client, multibillion-dollar computer company Systemax, Inc. The law firm where Denenberg worked, Davidoff Hutcher & Citron LLP, or its insurance company repaid Systemax the remainder.

Denenberg will begin his jail term on Sept. 1, most likely at the Metropolitan Detention Center in Brooklyn or the Federal Correctional Institution at Fort Dix, New Jersey, Seybert said on June 5 in Central Islip’s U.S. Courthouse. She let the defense choose the term’s start date. Denenberg’s lawyer, Jason Russo, said the Sept. 1 date would allow Denenberg to help his son move into college housing in August.

Seybert spoke positively of roles Denenberg has had as a father, husband, lawmaker, attorney, engineer and community advocate. Apart from swindling Systemax, and a 2005 misdemeanor plea for falsely attesting to witnessing signatures on an election petition, he has led a model life, Seybert said.