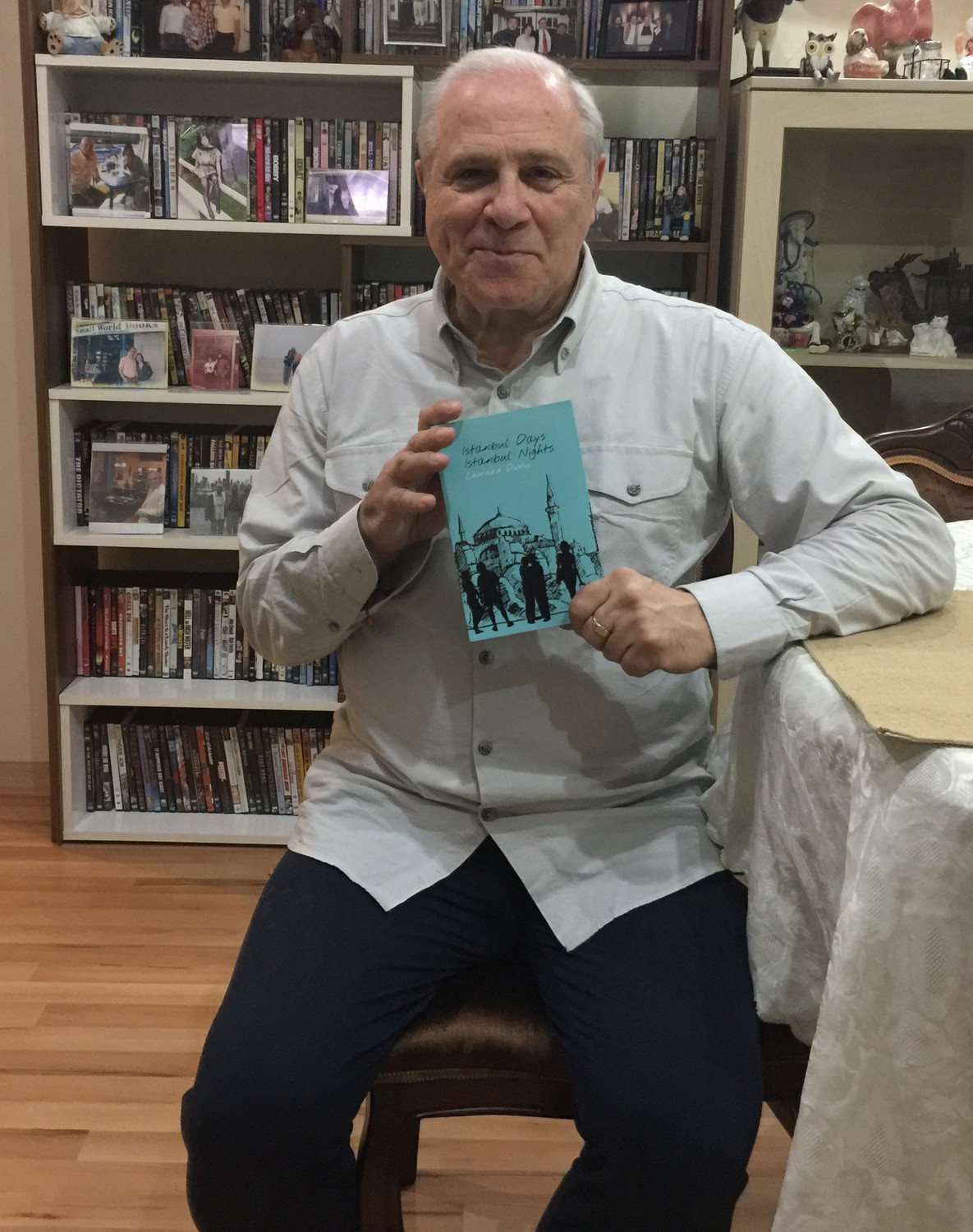 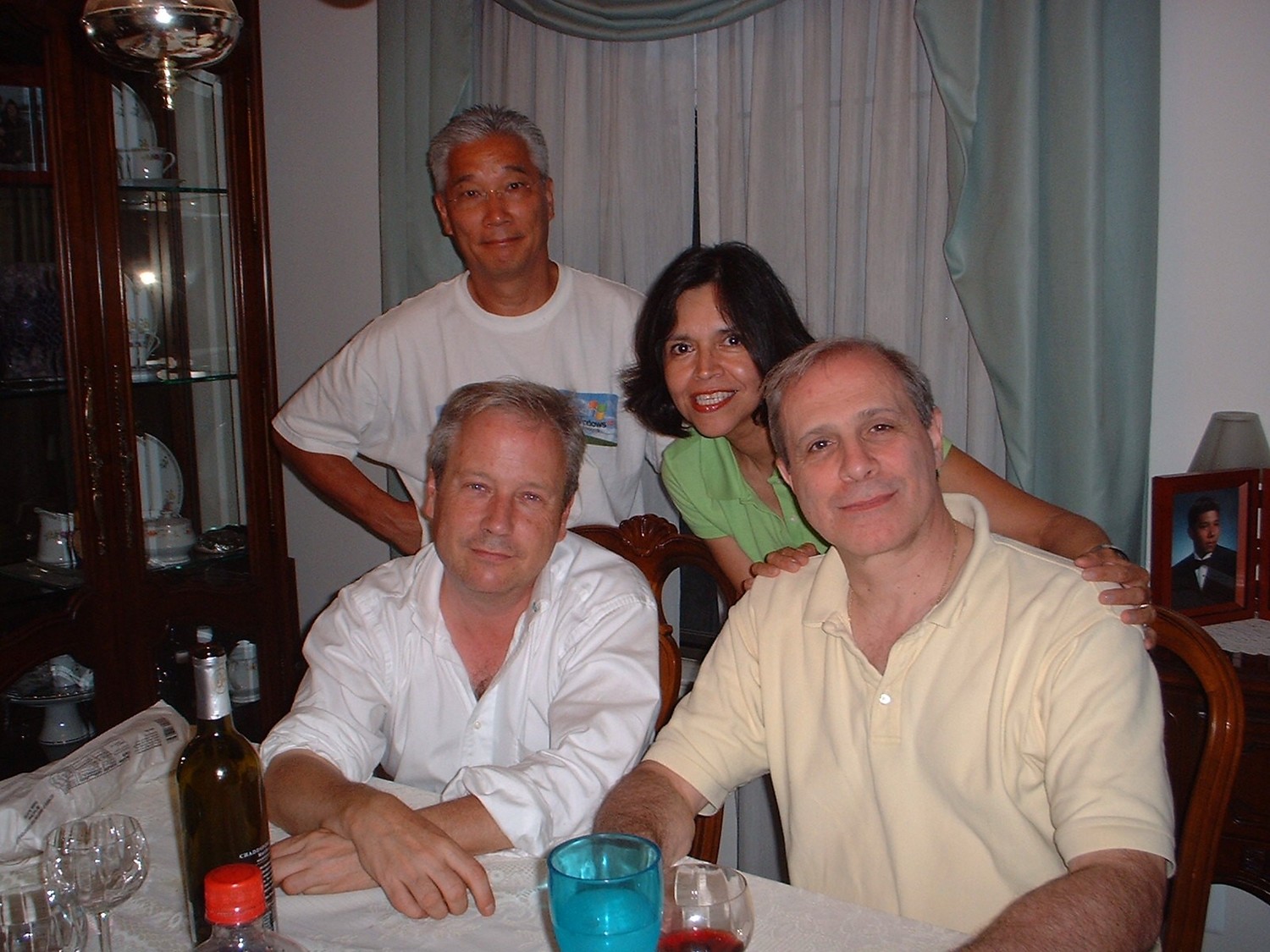 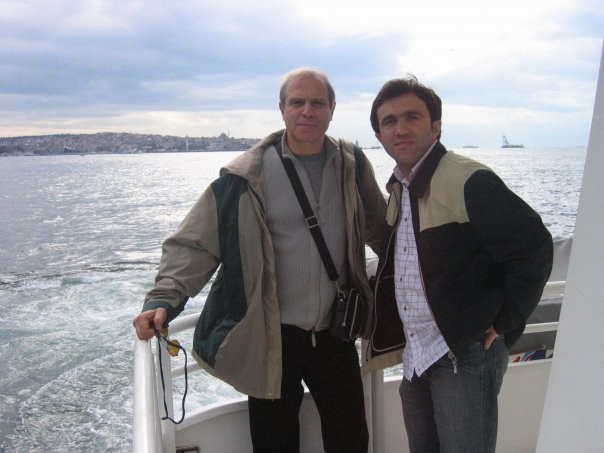 After failing to sell his book “Night & Day” to publishers, Lynbrook native Leonard Durso decided to rework his Shakespearean story into a book entitled “Istanbul Days, Istanbul Nights,” which was published in August.
“Publishers kept complaining there were too many characters, too many subplots,” Durso said about ‘Night and Day.’ “This one makes it more comic and lighter in tone.”
The book is described on his website, leonarddurso.com, as “a retelling of Shakespeare’s tragedy ‘Romeo & Juliet’ set in modern day Istanbul with a cast of Turkish, American and British characters fumbling their way toward and, in most cases, through the various phases of romantic involvement.”
The Editorial Review Board from London-based Austin Macauley Publishers decided to publish the book because of the complex relationships it presents, according to their notes. “The Board commented on how it didn’t shy away from personal and difficult topics, and how well the real tension was formulated in the many relationships,” the notes read. “Once again, Mr. Durso has taken great care to produce another measured and well-thought out manuscript, completely combining genres and presenting complexities of plot and character confidently.”
Durso, 70, said that his own experiences growing up in Lynbrook with seven foster brothers helped inspire him to write books that feature characters from diverse backgrounds. He said that he had two Chinese brothers and that he was in Boy Scout Troop 150 with his brother, John Ding. According to Durso, when their fellow Scouts would ask why the two brothers did not look alike, Ding would respond, “Well that’s because I’m Irish.”


“I got used to seeing these different ethnicities around the table,” Durso said, adding that he loves his brothers despite their different backgrounds. “People say blood is thicker than water, and I don’t really believe that, because I couldn’t be closer with my brothers.”
Ding, who moved in with the Dursos when he was 6, echoed his brother’s sentiment. “I consider him my true brother even though we’re not related,” he said. “I love him a lot and as we get older, it’s just at the core of us now.”
Their childhood growing up with a single mother, Fannie Durso, made Durso believe that everyone is fundamentally the same regardless of background, he said. That view led him to become an English as a Second Language professor at Nassau Community College, where he founded an English language institute in 2000.
One of the students he taught, Ali Riza Esmen, became a surrogate son to him, Durso said, and Esmen encouraged him to visit Turkey in 2007 and again in 2008 when Durso served as a witness at Esmen’s wedding. There, Durso met the vice president of Beykoz Logistics School of Higher Education, who offered him a job as the department head for the school’s English Preparatory Program.
“Spur of the moment I accepted,” Durso recalled.
Durso is now living in the city of Aliaga, Turkey, which he described as a slow-paced old-fashioned European city. “It’s a more relaxed, laid back city,” he said.
But, he said, his life on Long Island still plays a role in his works, some of which include characters based off his co-workers at Nassau Community College. “Most of my life is tied into Long Island in some way or another,” Durso said. “It’s part of who I am.”
His new book, “Istanbul Days, Istanbul Nights,” can be bought at Amazon.com for $4.51 as an e-book or for $20.90 as a hardcover book.