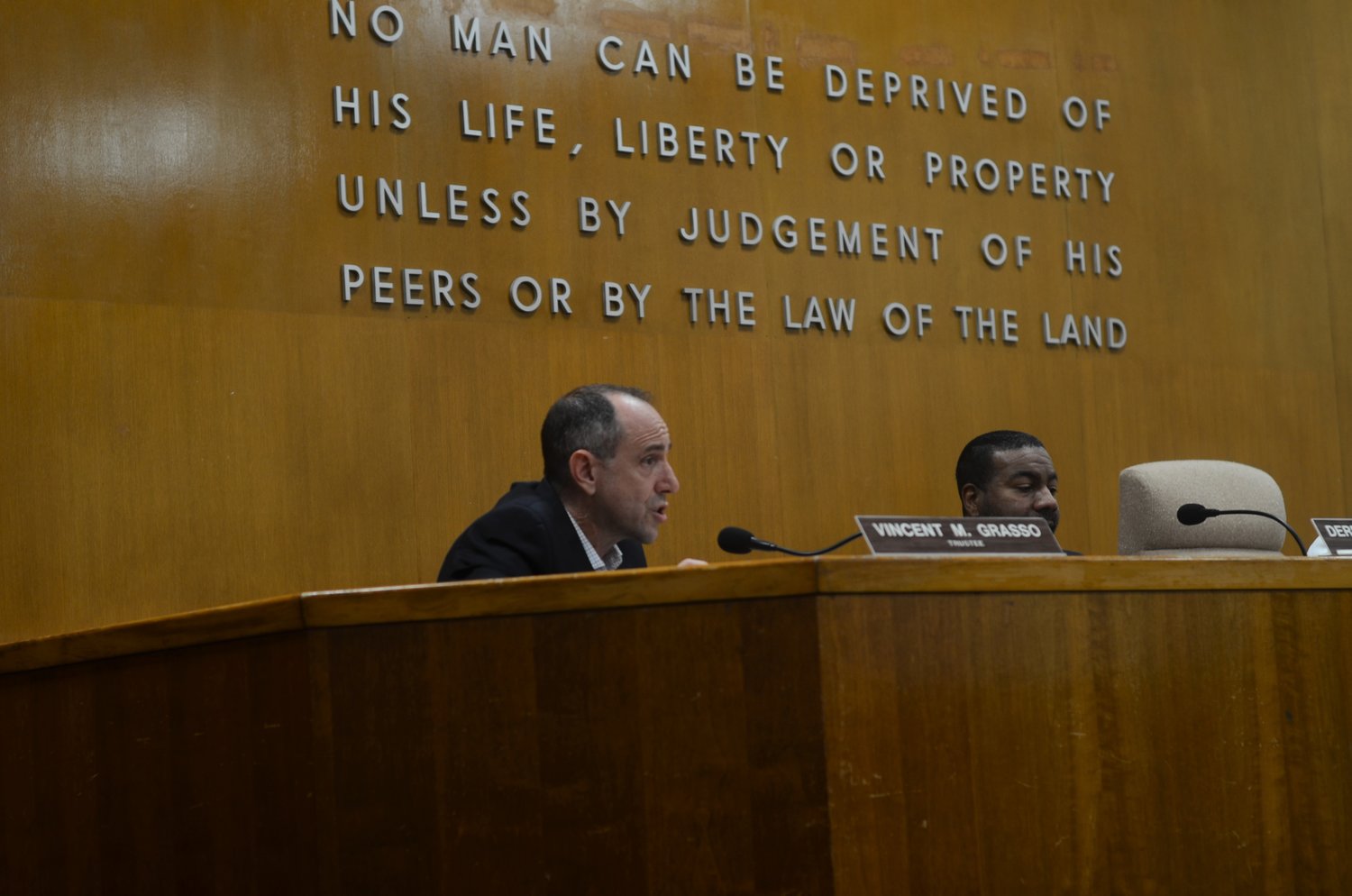 Valley Stream village trustee Vincent Grasso earned a rebuke from hundreds in the community after a social media exchange with Amil Virani that ridiculed his autism.
Juan Lasso/Herald
By Juan Lasso

What had been a private Facebook exchange has forced a Valley Stream village trustee to apologize, with some even demanding his resignation.

A conversation between Trustee Vincent Grasso and 21-year-old Amil Virani surfaced earlier this month where it appears the trustee verbally jabs Virani’s autism. Active in local politics, Virani is no stranger to prodding elected officials on community issues.

Grasso wrote on the social media platform that “I am really beginning to believe what people have told me” that Virani is a “spectrum kid,” referring to descriptions of those with autism.

“I guess I should just pity you,” Grasso added in the exchange. “I should have known why you don’t drive. Now it’s all becoming clear: special ed. I’m going to let you get back to your coloring books.”

The remarks came after Virani reportedly pressed Grasso in a series of texts seeking an explanation of why Raymond Webb replaced the village trustee in his long-held role as executive director of the Nassau County Bridge Authority.

Virani’s friend, Nicolas Nogueira, posted an online petition shortly after denouncing Grasso’s remarks and calling on the trustee for not only a public apology, but also his resignation. The petition has garnered hundreds of virtual signatures, and also calls on Valley Stream village officials to change policy so that such exchanges with constituents won’t happen in the future.

Mayor Edwin Fare didn’t wait for the results of the petition, instead releasing a statement calling Grasso’s remarks “despicable” and “disgusting,” and demanding he apologize not just to Virani, but “the entire Valley Stream community.”

“The use of hate language is unacceptable and should not be tolerated in any form,” Fare said. “Elected officials must be held to the highest standards of comportment, striving to treat all members of the community with respect, dignity and kindness.”

Fare stopped short, however, of calling for Grasso’s resignation.

In his own statement, Grasso accused Virani of stalking him online over the past six months, and that his comments were a result of frustration.

“For months, this very troubled young man has stalked and harassed me in order to get my attention, and I have asked him numerous times to stop contacting me,” Grasso said. “He has obsessively called my employer trying to get personal information about me, recording those conversations, and threatening to post them online unless I would go on a date with him.

“Dealing with an obsessive stalker is extremely unpleasant, and after six months of frustration, I made some very ill-chosen remarks for which I apologize and regret.”

“He’s a sitting trustee, and he’s insulting the very people who are paying his salary,” Virani said. “We all say things in life we don’t actually mean, but Grasso has made a number of insults (throughout the years), and flat out refused to apologize for his remarks directly to me, and is now defaming me” publicly.

Have an opinion about the article? Send an email to jlasso@liherald.com.