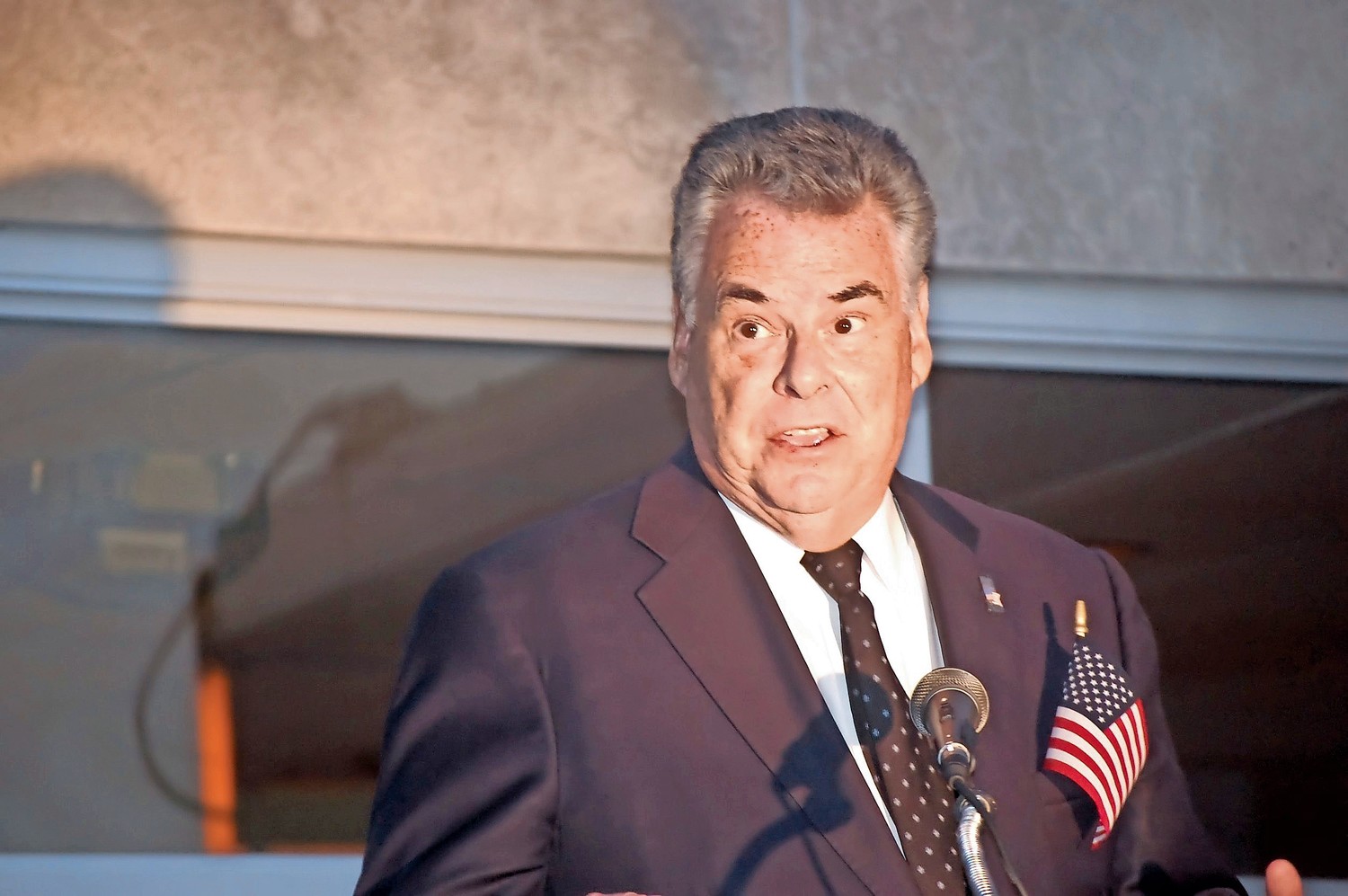 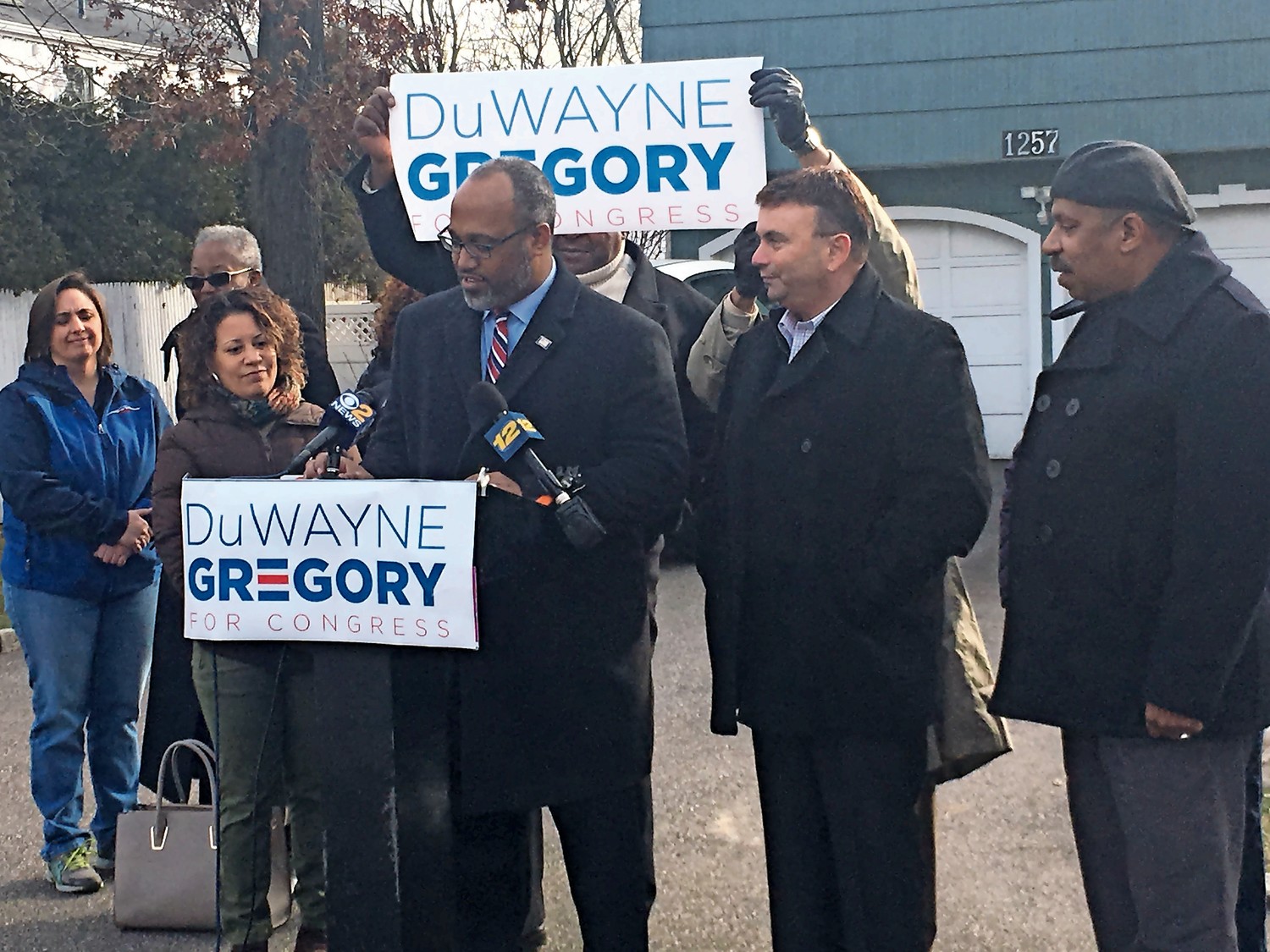 Democrat DuWayne Gregory, the Suffolk County Legislature’s presiding officer, announced last week that he planned to run for Congress in November — for the seat held by Rep. Peter King, a Republican of Seaford, since 1993.

“We deserve a Congress member who will fight for Long Island taxpayers and stand up to Washington extremists, not an out-of-touch politician,” Gregory said at a Jan. 16 news conference in Central Islip.

Gregory, 48, a Democrat from Amityville, contended that his years in public service have given him the experience needed to provide the “common-sense leadership Washington needs.”

“My parents taught me the importance of giving back to your community and your country,” he said. “I will fight every day to make sure that Long Island families, our children and our children’s children have the opportunity to live the American dream.”

Gregory has been presiding officer of the Legislature since 2014 and majority leader since 2011.

“We’re facing a [presidential administration] that is focused on extremist policies and divisive rhetoric, instead of delivering for the American people,” Gregory said. “We need leadership that can make a real difference.”

He said his campaign would focus on issues that matter to Long Island’s working families — protecting them from overtaxation, tackling the opioid epidemic, improving infrastructure and storm preparedness for those on the South Shore, and standing up to policies that harm women and marginalized communities.

“My opponent has been in Washington a long time, but we can’t keep sending the same guys to Congress and expecting different results,” he said.

King, 73, represents the 2nd District, which also includes part of North Wantagh. He is currently in his 13th term.

“I take every race seriously, but I’m especially proud of my record, and look forward to November,” King said in a phone interview. “I’ve been working across the board with different legislators such as [Rep.] Kathleen Rice and Gov. Andrew Cuomo on different legislation and on tax bills. The power is shifting from the Northeast, and it’s important we have people who can work well with one another. I work across party lines, and I get things done.”

King said he would continue to secure funding for homeland security and bring more federal aid to the Nassau and Suffolk county police departments and prosecutors to fight MS-13, the El Salvadoran that is active on Long Island. “Whether people like [President] Trump or not is irrelevant,” he said. [The Department of] Homeland Security, the FBI and the White House should be coming here and giving federal support to fight MS-13.”

“I have always been an independent voice fighting for Long Island,” King added. “Just recently, I held a news conference with the governor to help protect union members, especially Teamsters.”

Although King said he is in the beginning stages of his campaign, he has $2.7 million available to spend on it. “It’s always tough, but I like working with local groups who support me,” he said. “I don’t take any campaign lightly.”