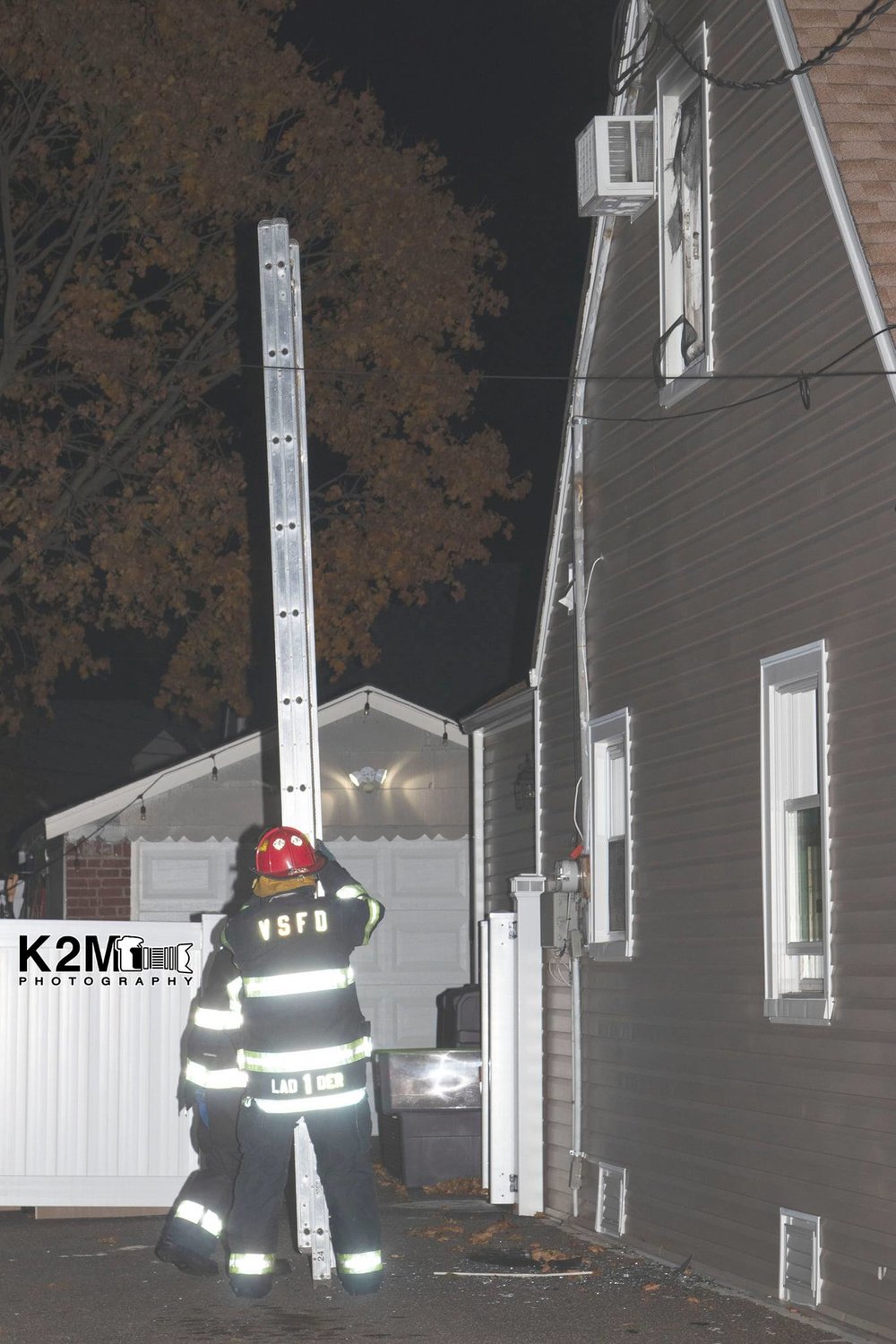 FIRECOM advised that calls were reporting a bedroom on fire on the second floor, firemen on the scene soon set up ladders to access the house better.
Photo courtesy: K2M Photography
By Karina Kovac

A house on Wood Lane off Mill Road caught fire last Thursday evening, according to fire officials. The Nassau County Fire Communications Office dispatched the Valley Stream Volunteer Fire Department to respond. One person, suffering from smoke inhalation, was transported to the hospital as well as one firefighter who sustained a minor injury.
Upon arrival of Engine 342 and Ladder 345, Chief of Department Eugene O’Brien II quickly transmitted a Signal 10-Working Building Fire once he spotted heavy smoke coming from the second-floor window as his fellow firefighters stretched a hose line to extinguish the flames. The fire was confined to one bedroom and immediately put out, however, parts of the home sustained smoke and water damage.
The cause of the fire is under investigation by the Nassau County Fire Marshal’s Office, according to officials.
Mutual aid was received from several surrounding departments. All operations were under the command of Chief of Department O’Brien.