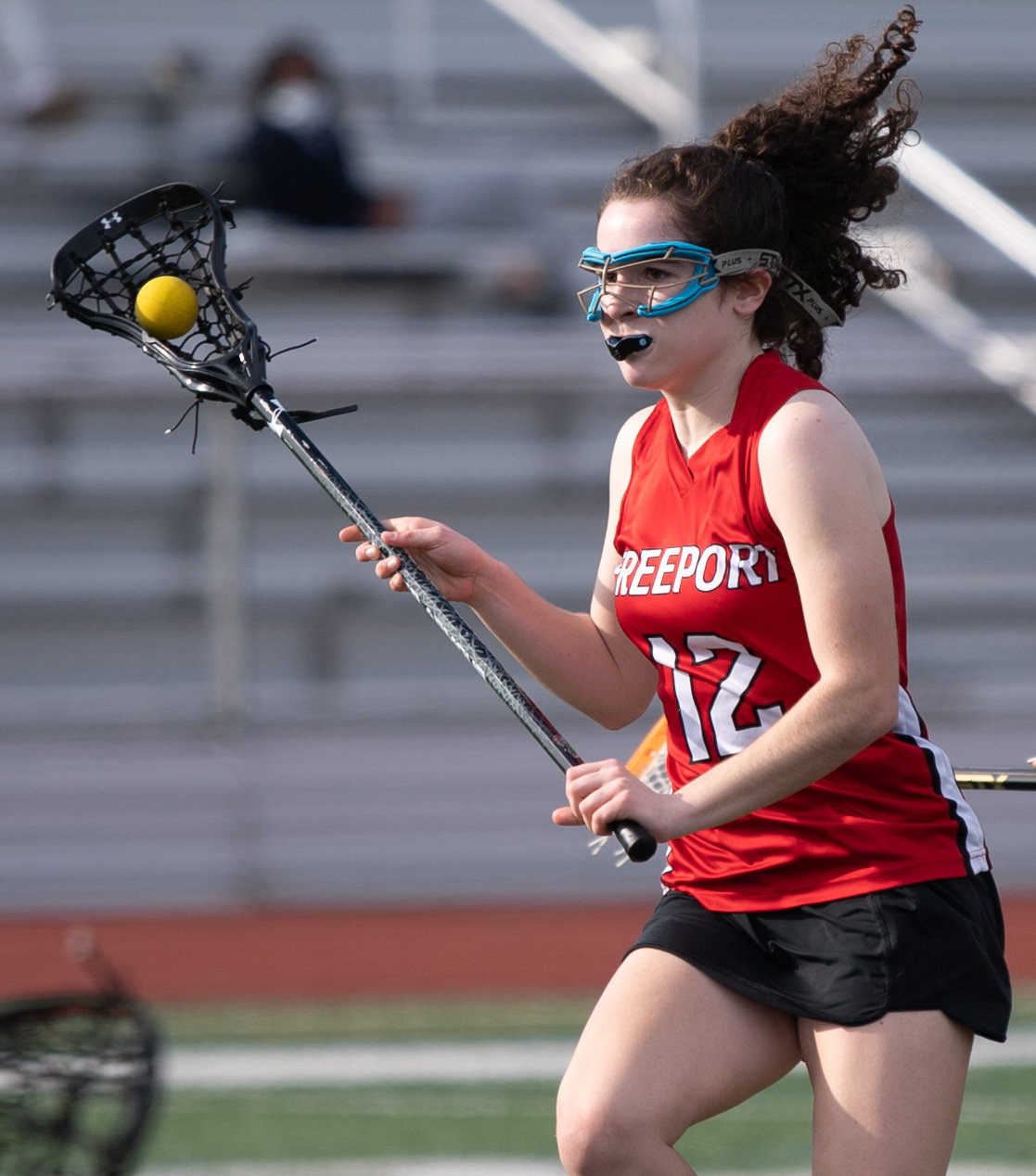 “We came out flat that day and only scored once in the first half and then all of a sudden we’re down five midway through the second half,” Red Devils coach Anabel Lopez said. “I called a timeout and just told the girls the same thing I said at halftime, that we could win if we played the way we’re capable of.”

“Everyone was jumping around so excited and so happy,” Lopez said of the comeback that upped Freeport’s record to 5-0 against Conference V rivals. “For whatever reason, we didn’t play our game most of the day,” she added. “But this is a team with 12 seniors and the chemistry and leadership is great.”

Junior Isabella Willocks scored twice and senior Karina Rios and eighth-grader Julia Mendoza-Pinyero added goals in a victory that could ultimately be the difference between the Red Devils winning their first conference title in more than a decade or not.

“We came into the season with high expectations,” Lopez said. “I hope this is our year. We finished second in the conference last season and we returned an incredible group of girls. It’s a scholar-athlete team.”

Sophomore goaltender Madeline Willocks, a first-year starter, made nine saves against Elmont and kept Freeport alive with a huge stop in the first OT. She followed up that performance with 13 saves in a 9-6 non-league win over Hicksville, a Conference IV team, April 20.

“Madeline plays club lacrosse and is a force to be reckoned with,” Lopez said. “She has a lot of talent and I can’t imagine the level she’ll be at when she’s a senior.”

The defense returned veteran anchors Kayla Stuparich, Makhenzie Jinks and Sameerah Lawal. “They’re doing a great job and hardly come off the field,” Lopez said of the trio, which has been instrumental in the development of young defenders Daniela Canales and Tayla Baskin.

Dixon (17 goals), Isabella Willocks (16) and Smith (12 goals, 10 assists) are the go-to sticks on offense, but Lopez said the scoring depth is plentiful with seniors Rios, Elise Smith (class valedictorian) and Kyle Noboa. “Yes, we depend on Ancksu, Isabella and Cassie, but we have so many others who contribute on offense,” the coach noted.

The Red Devils, who are riding a six-game winning streak after a season-opening non-league loss to Kennedy, have scored in double digits four times so far.

Lopez said tough matchups with Valley Stream District, West Hempstead and Glen Cove will determine the conference title. “It’s something we talk about and it’s an attainable goal,” she said of finishing on top. “Beating Hicksville was a nice confidence builder.”