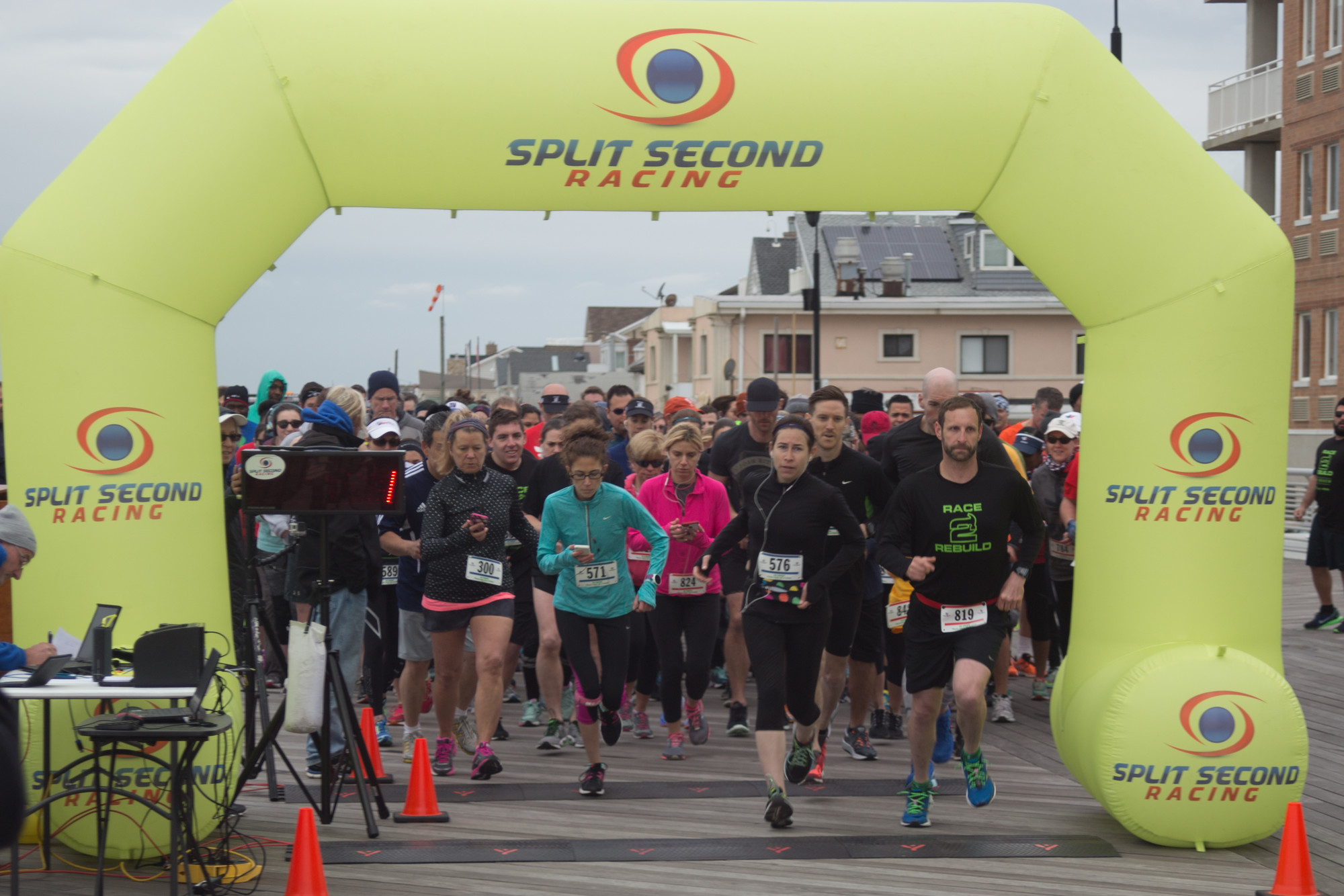 Runners began the Race2Rebuild event last Saturday morning on the boardwalk, as the event featured a 5K run and walk, a 2-mile "hardcore" beach run with obstacles and a post-race effort by volunteers to rebuild homes destroyed in Hurricane Sandy.
Eric Dunetz/Herald 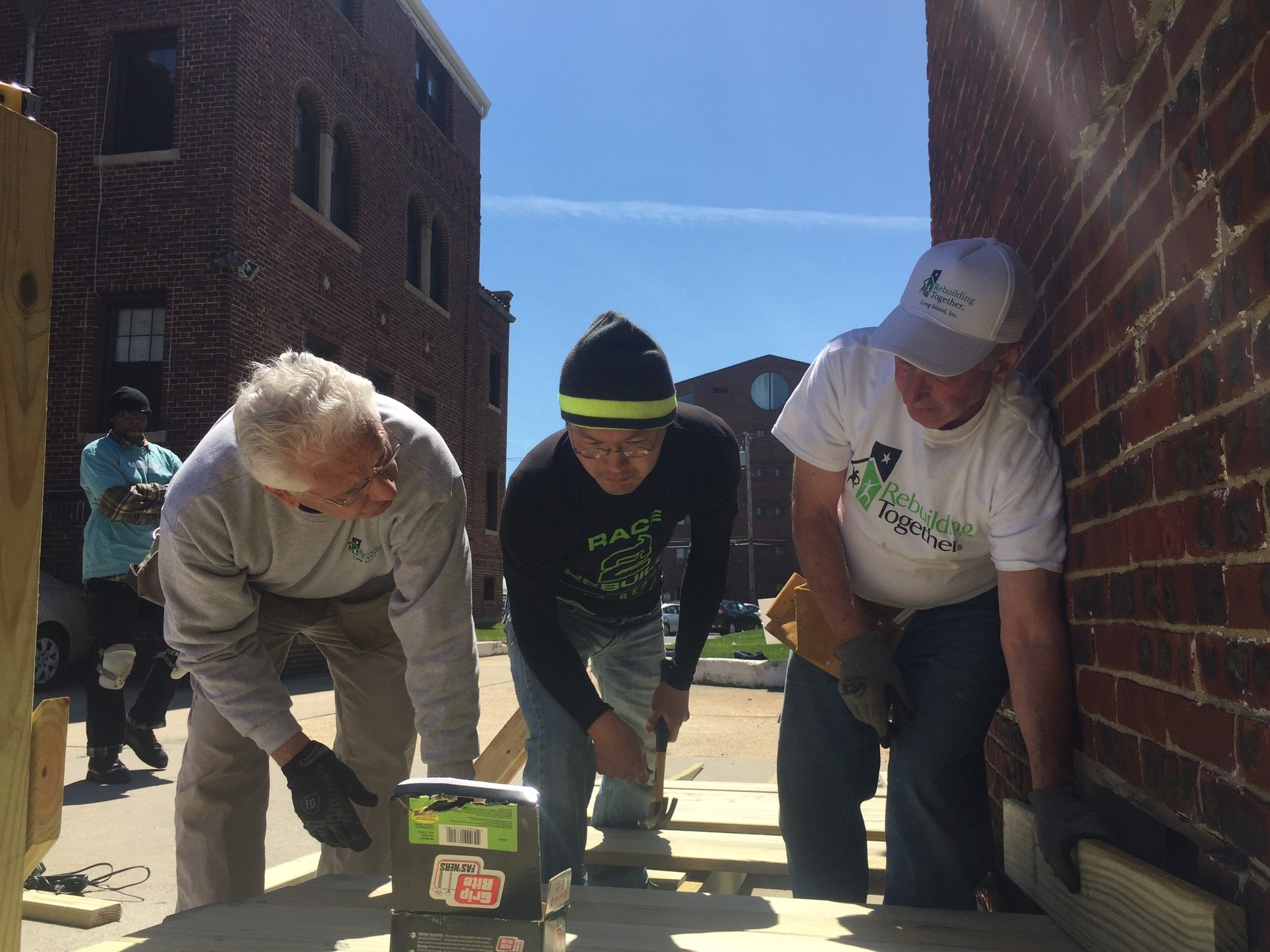 Volunteers worked on the installation of a wheelchair ramp at St. Ignatius Martyr Church as one of five projects last Saturday.
Courtesy Race2Rebuild 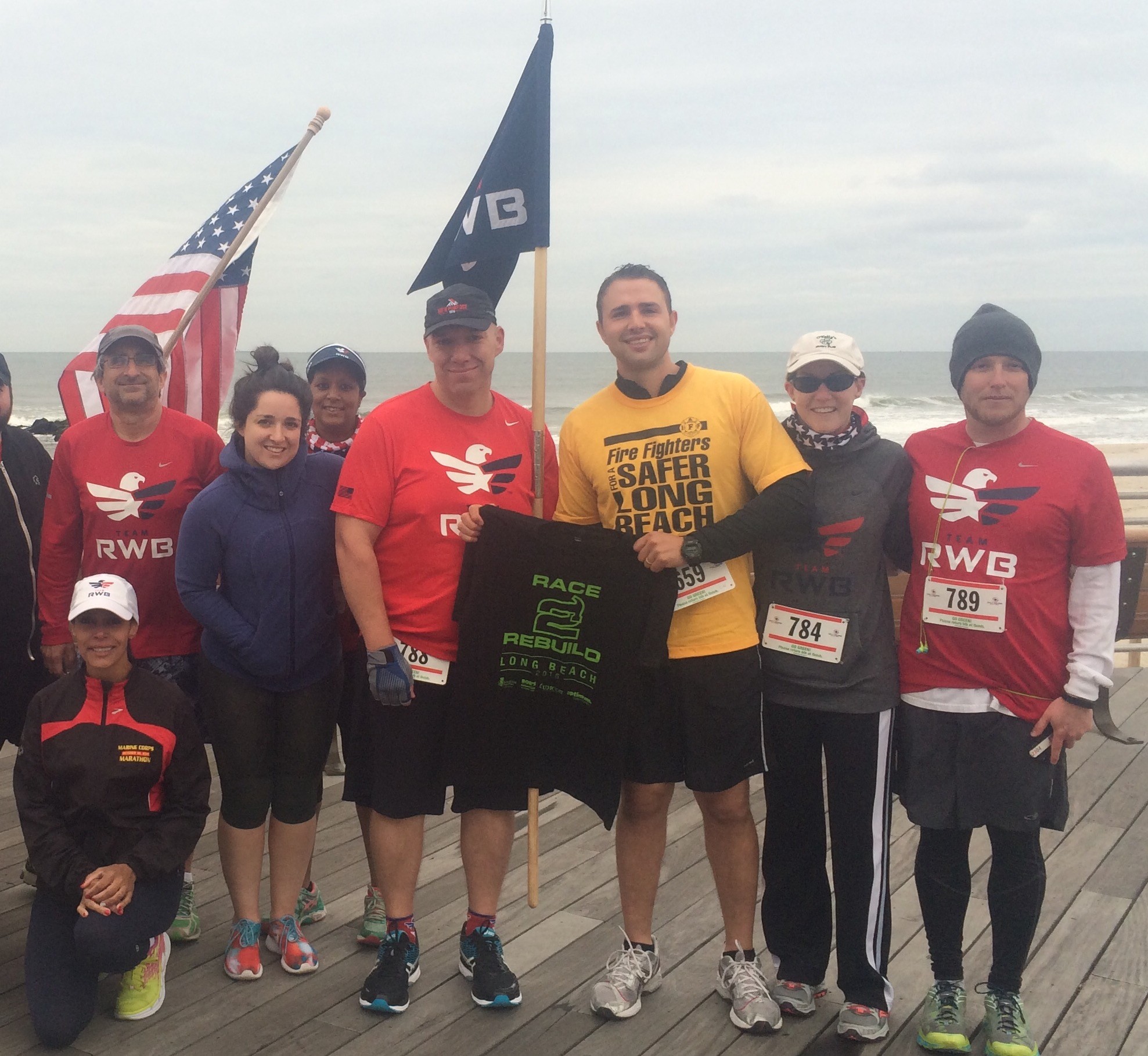 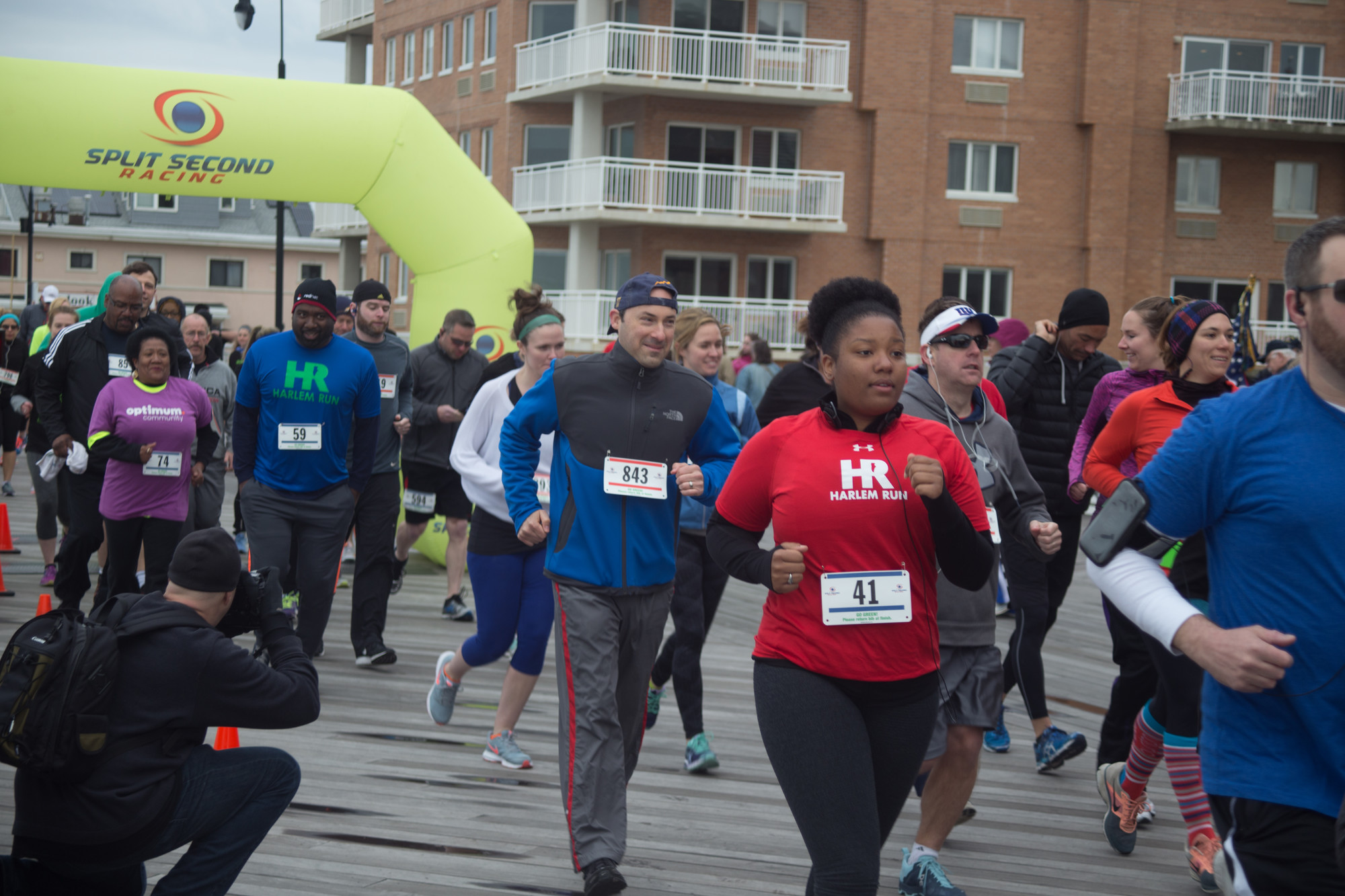 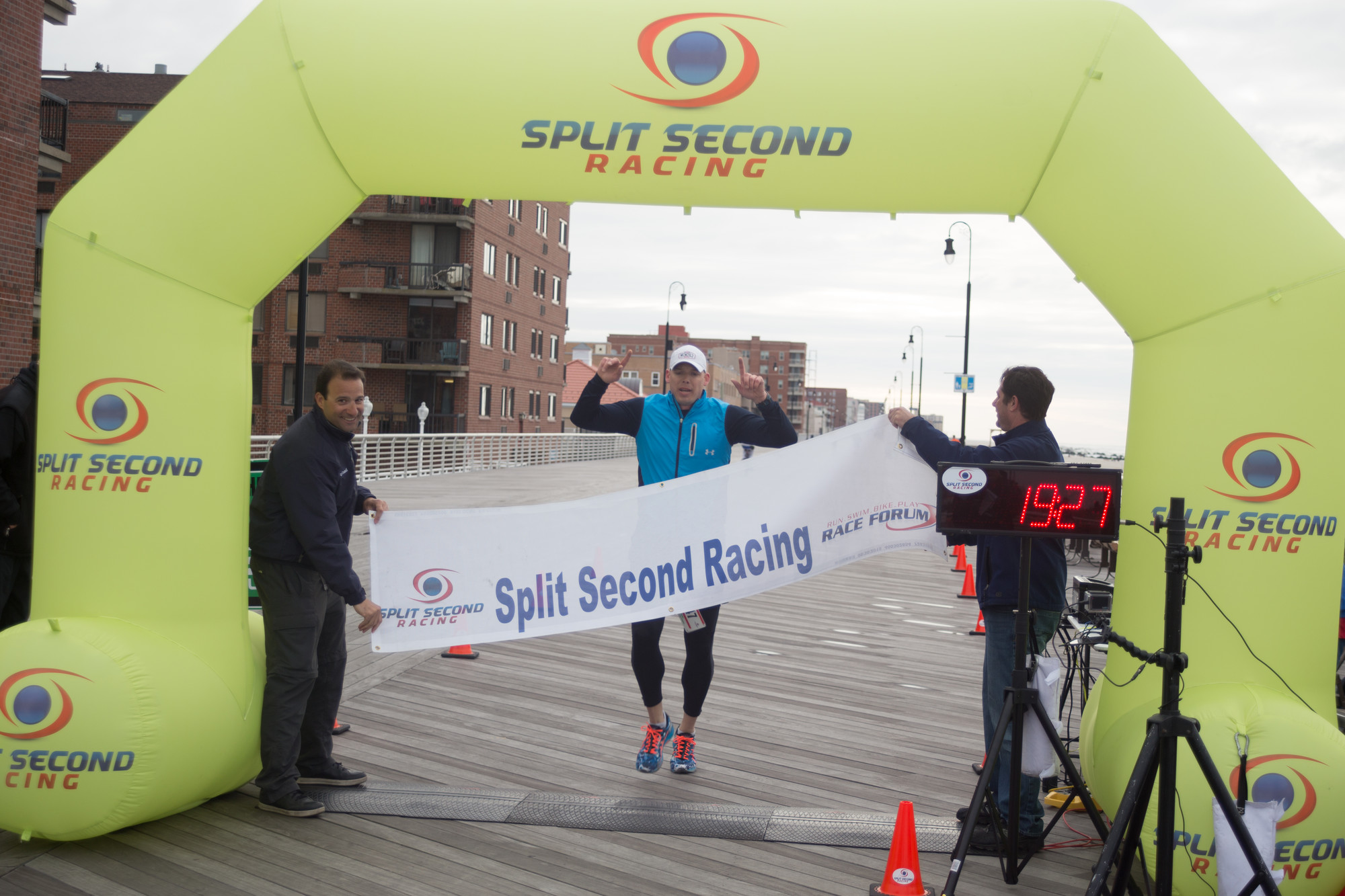 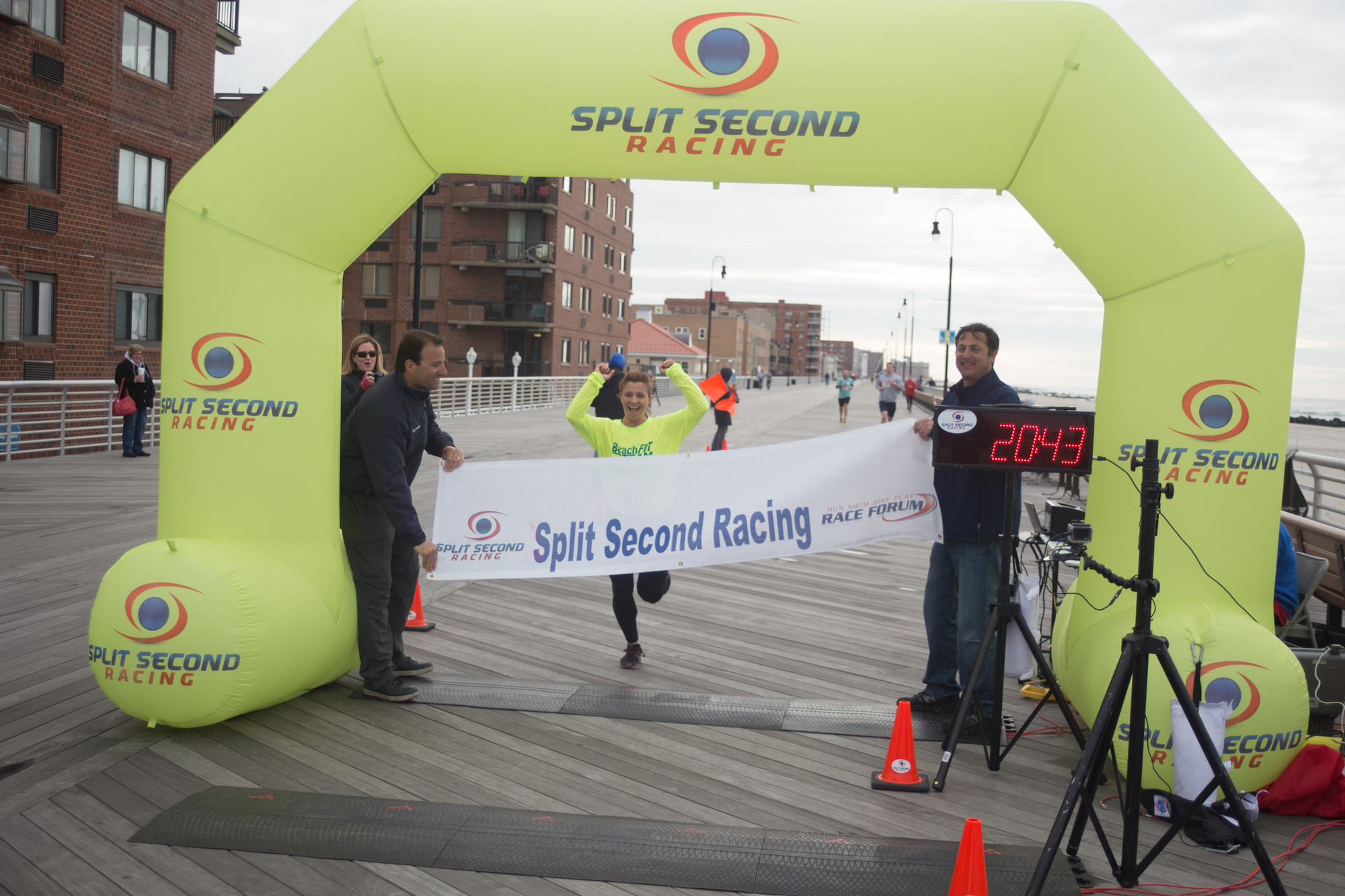 Toni Levy, of Oceanside, finished first among females in the two-mile beach run with a time of 15:44.
Eric Dunetz/Herald 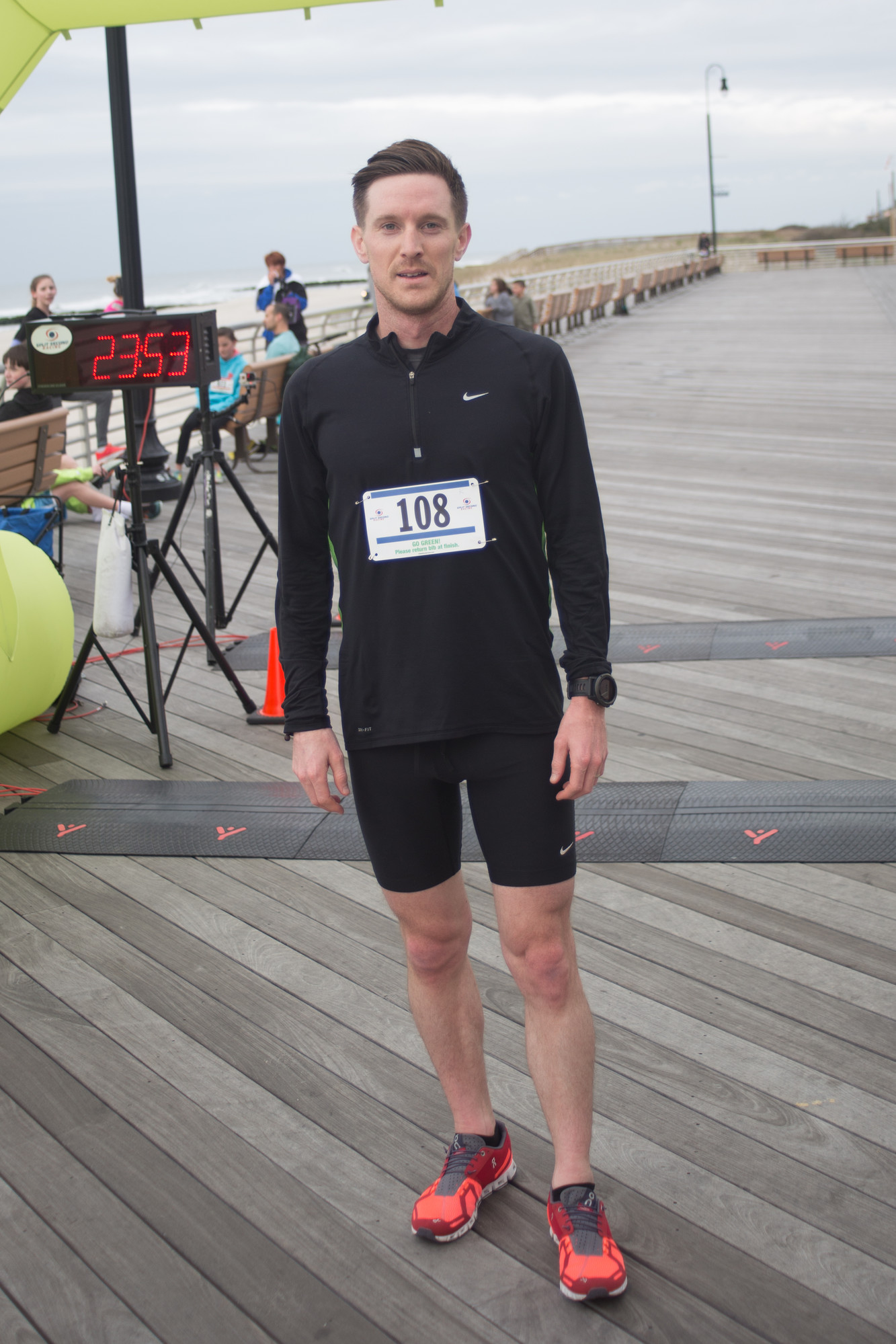 As many still live in the shadow of Hurricane Sandy, which devastated the homes and lives of many Long Beach residents nearly three and a half years ago, the city took another stand against the storm last weekend with its Race2Rebuild event.

Participants had the option of a 5K run/walk on the boardwalk, or a two-mile “hardcore” beach run with obstacles, which began at 7:30 a.m. More than 300 athletes, volunteers and partners attended the event, which also included a community breakfast, post-race volunteer work and an after-party at Shine’s Bar.

Volunteers aided in rebuilding two homes for Long Beach families with the help of nonprofit organizations Rebuilding Together Long Island and the United Methodist Committee on Relief. Other projects that day included dune and debris cleanup led by the City of Long Beach, dune and canal cleanup with event partner Surfrider Foundation-Central Long Island and the installation of a wheelchair ramp at St. Ignatius Martyr Church with Citizens United to Remove Barriers.

The projects were funded by Race2Rebuild athletes throughout the country, UMCOR and proceeds from the race, Hartmann said.

“We’re honored that Race2Rebuild started here by folks that didn’t get to run the New York City Marathon because of Sandy,” said City Council Vice President Anthony Eramo, “…Now it’s a national movement, which is amazing, helping municipalities and towns that are hit from storms.”