Billy Moustakas and Lana Manetto have fulfilled the family dream 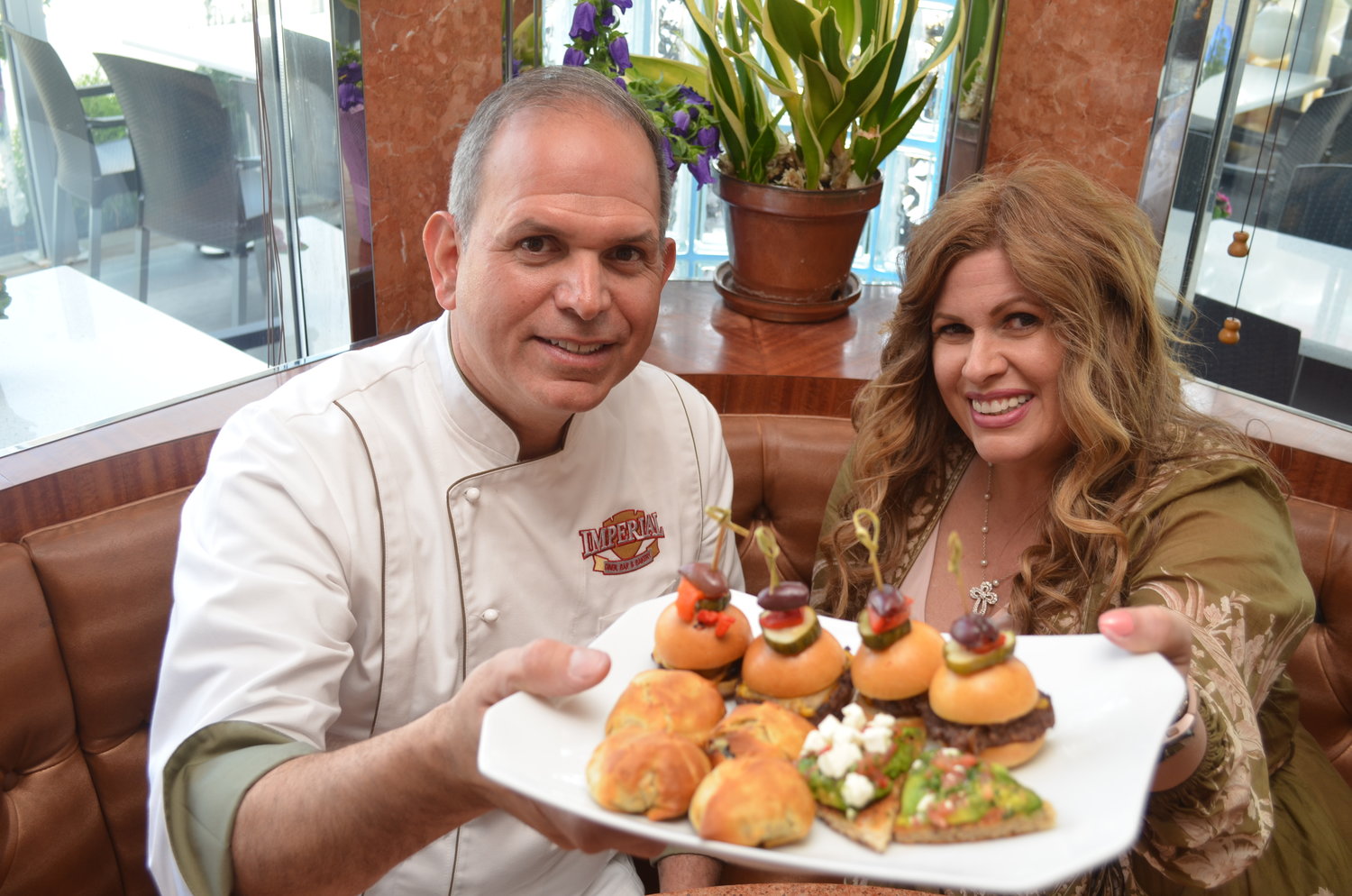 Brother-and-sister team Billy Moustakas and Lana Manetto celebrated the 50th anniversary of their restaurant, Imperial Diner, on May 11.
Tim Baker/Herald 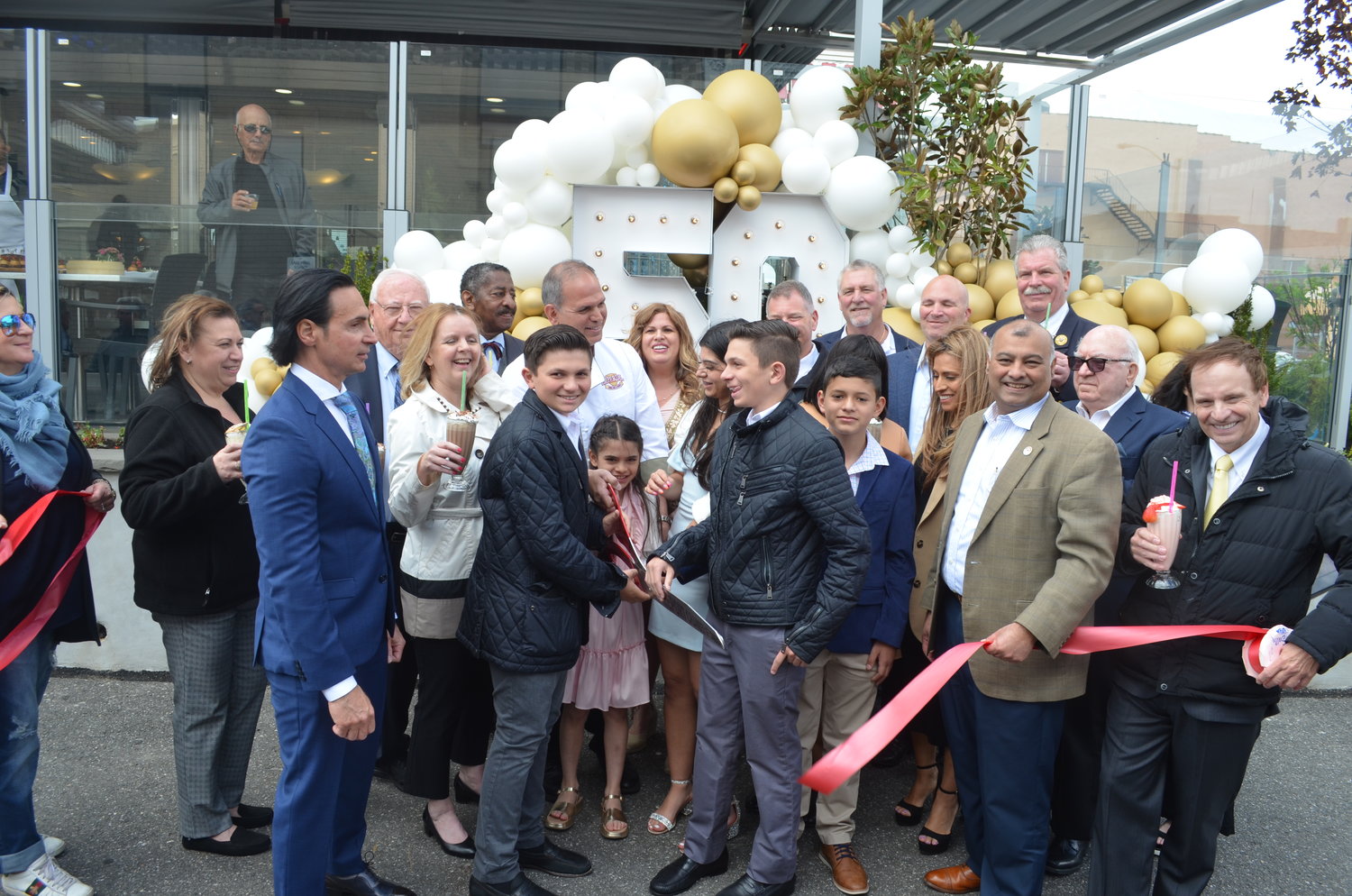 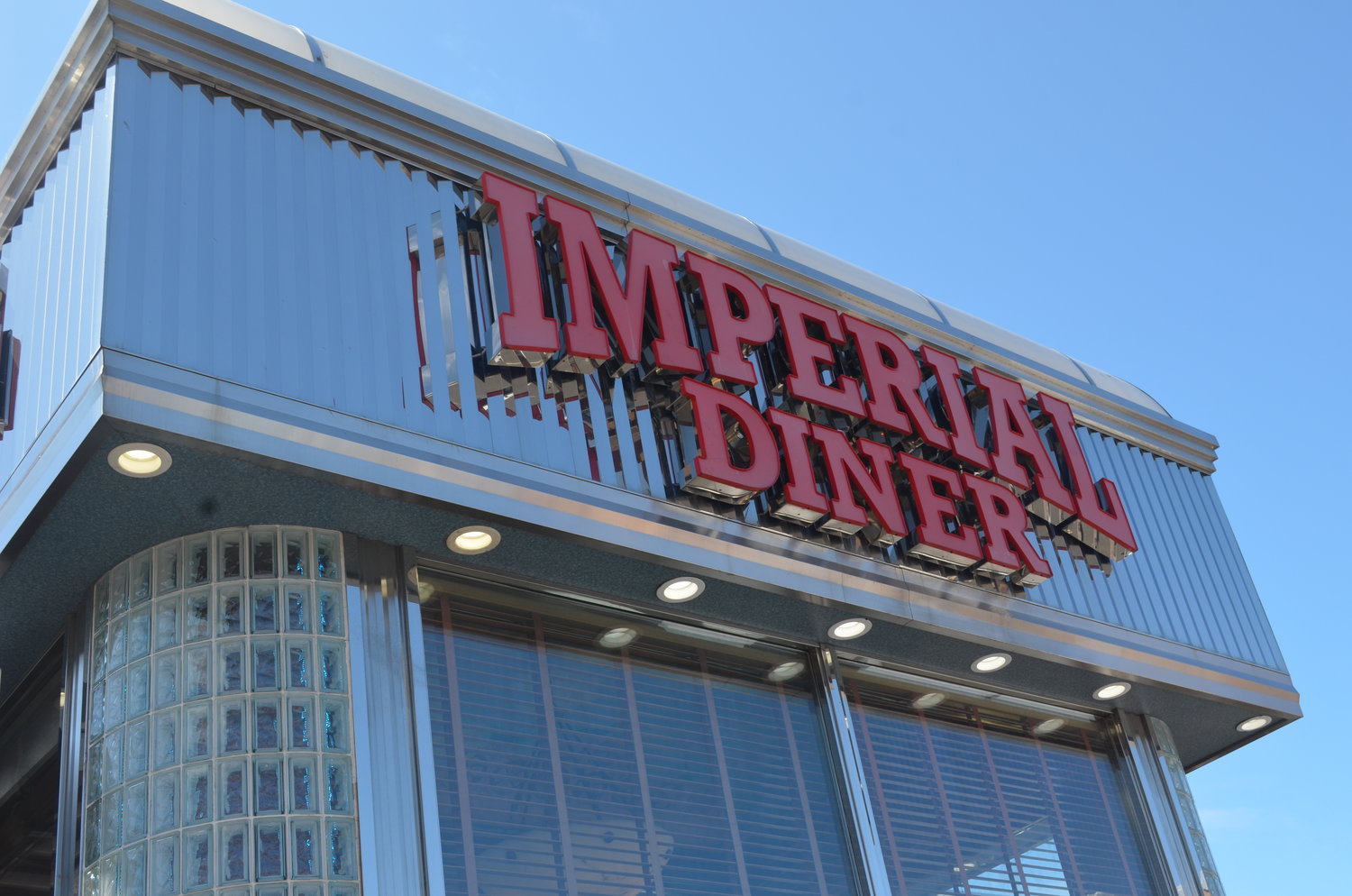 The marquee of the Imperial Diner at 63 W. Merrick Road has been a magnet for seekers of good food and fellowship for half a century.
Tim Baker/Herald
Previous Next
By Reine Bethany

On May 11, fifty years after Greek immigrants Constantine “Gus” Moustakas and his wife Georgia opened the Imperial Diner at 63 West Merrick Road in Freeport, their children, Billy Moustakas and Lana Manetto, celebrated the diner’s golden anniversary.

They were joined by dignitaries of New York State, Nassau County, the Town of Hempstead, and Freeport Village, plus their own families and the wider family of Freeport.

Billy and Lana teamed up with their mother in 1985 to keep the diner open after their father passed away. Gus’s spirit of enterprise and Georgia’s embracing determination inspired Billy and Lana to make the Imperial Diner thrive.

In turn, Billy and Lana’s imaginative menus and bountiful friendliness have inspired the community. Every official that attended the ribbon-cutting that day apparently had, at some point, partaken of Imperial Diner pastries, salads, wraps, and burgers.

And the officials were all aware of times when the diner was there to help feed the less fortunate.

“On behalf of the mayor and board of trustees of the Incorporated Village of Freeport,” said Deputy Mayor Ron Ellerbe, “we appreciate your commitment to the community and the outstanding service that you have given to your customers over the years. We wish you continued success for many years to come.”

“The great thing about what we’re doing right now is a celebration of success,” said New York State Senator John Brooks. “We all recognize that recent years have been very challenging times and many businesses have struggled to get by. But in this case, we’ve got what has become an institution in this community celebrating 50 years—an incredible accomplishment.”

“You’ve created a truly welcoming environment for all of us,” said Nassau County Legislator Debra Mulé. “It’s beautiful. The food is great and I just want to say, congratulations!”

“The Imperial Diner is the very heart of the Freeport community,” said Legislator Steve Rhoads. “Anytime we have a meeting here, anytime we have anybody that we want to sit down with, we’ll just mention Imperial Diner, and I don’t have to tell them where it is, I don’t have to tell them anything about it. They just know. And that’s because of everything this diner has done for the community.”

Town of Hempstead Councilman Chris Carini commended the restaurant and the village for their mutual support during the pandemic shutdowns, when the diner provided takeout food at reasonable prices and the community came to buy it. “It really shows the give and take of the community and what it takes to keep a small business open,” Carini said.

On behalf of County Comptroller Elaine Phillips, a citation was given to the diner by Wendy Goldstein, Phillips’ director of communications.

“The excellence here is just unmatchable,” Freeport Chamber of Commerce president Ben Jackson said. “I wish them another 50 years.”

Billy and Lana effusively expressed their gratitude and love to the Freeport community, where they themselves were born.

“I have always loved this town,” said Billy. “My life, the diner, and the town, they are all tightly intertwined.” He commended his mother’s “sheer grit and determination over the years to keep the dream alive and be able to pass along this legacy to her children.”

“For our parents that we loved and respected for so many years,” added Lana, “to have their dream be still alive and try to carry it through to our children is all we wanted in life to do.”

The two applauded their employees and remarked on the pleasure of seeing customers of the past now bringing their own children into the diner.

“I am most proud that Imperial Diner has earned the reputation of being one of the community’s bedrocks,” said Billy, “a reliable, nonpolitical safe harbor where people of all walks of life can turn to in good times—such as family celebrations, proms, and such—and bad, like Hurricanes Sandy and Gloria. We have strived to stay open to feed those who are in need, to be one of the organizations in Freeport that its residents can always count on.”