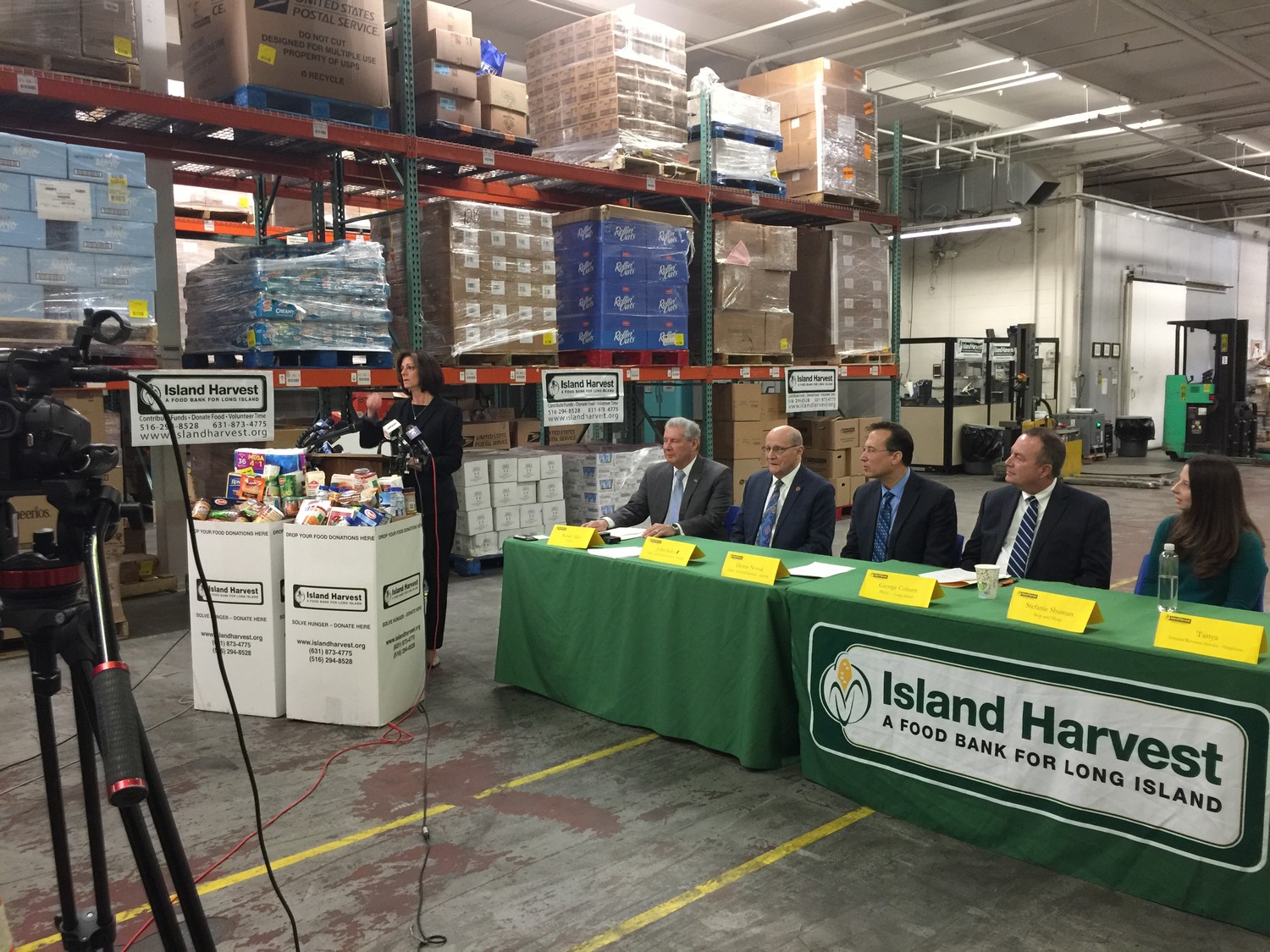 As the partial U.S. government shutdown capped its fourth week, local nonprofits and businesses announced that they would offer assistance to federal workers and contractors who are not receiving paychecks.

Officials gathered at the Island Harvest Food Bank in Bethpage on Jan. 17 to discuss their plans, which in-clude free meal programs and loan forgiveness, among other measures, to help those affected by the shutdown, which began on Dec. 22.

“Trying to keep up with mortgages, loan payments, paying for medicine and putting food on the table creates an additional burden for federal employees who are working without a paycheck,” said Randi Shubin Dresner, who lives in East Meadow and is the president and chief executive officer of Island Harvest Food Bank.

“Collaborating with our corporate and local government partners, we’re helping to ease those burdens.”

New York state will support those who rely on the Supplemental Nutrition Assistance Program by expediting next month’s allocations for benefits, said John Imhof, the commissioner of the Nassau County Department of Social Services.

PSEG Long Island is offering a grace period of up to 60 days for federal workers who are unable to pay their electric bills, said George Coburn, its manager of customer experience.

“We have a good number of members who work for the IRS or Homeland Security,” Allen said. “We immediately identified those who had taken out loans so we could take some of the stress away from them.”

TFCU will also have collection bins for Island Harvest Food Bank at each of its 31 locations, including its newest branch, in East Meadow, which opened on Dec. 10.

“It’s important for those impacted by the shutdown to know that there’s no shame in asking for help,” Shubin Dresner said. “We want to reassure people facing a potential crisis that Island Harvest Food Bank, along with our community partners, can be the helping hand they need.”

Also on Jan. 17, Town of Hempstead officials and State Assemblyman Ed Ra, a Republican from Franklin Square, said they would pressure Gov. Andrew Cuomo to pass a law to extend the property-tax deadlines of those impacted by the shutdown.

A law that has already passed in the Assembly gives municipalities the authority to grant affected employees a temporary extension of 90 days on their property-tax payment deadlines. Hempstead Receiver of Taxes Donald Clavin, Councilwoman Dorothy Goosby and Councilman Anthony D’Esposito also urged the Senate to pass the bill and Cuomo to sign it into law.

“If this extension is not passed, furloughed workers with no means to pay their taxes due early in February will be forced to make late payments that accrue interest over time,” Ra said. “I’m proud to support important legislation that provides some much-needed relief to the furloughed and non-pay federal employees.”