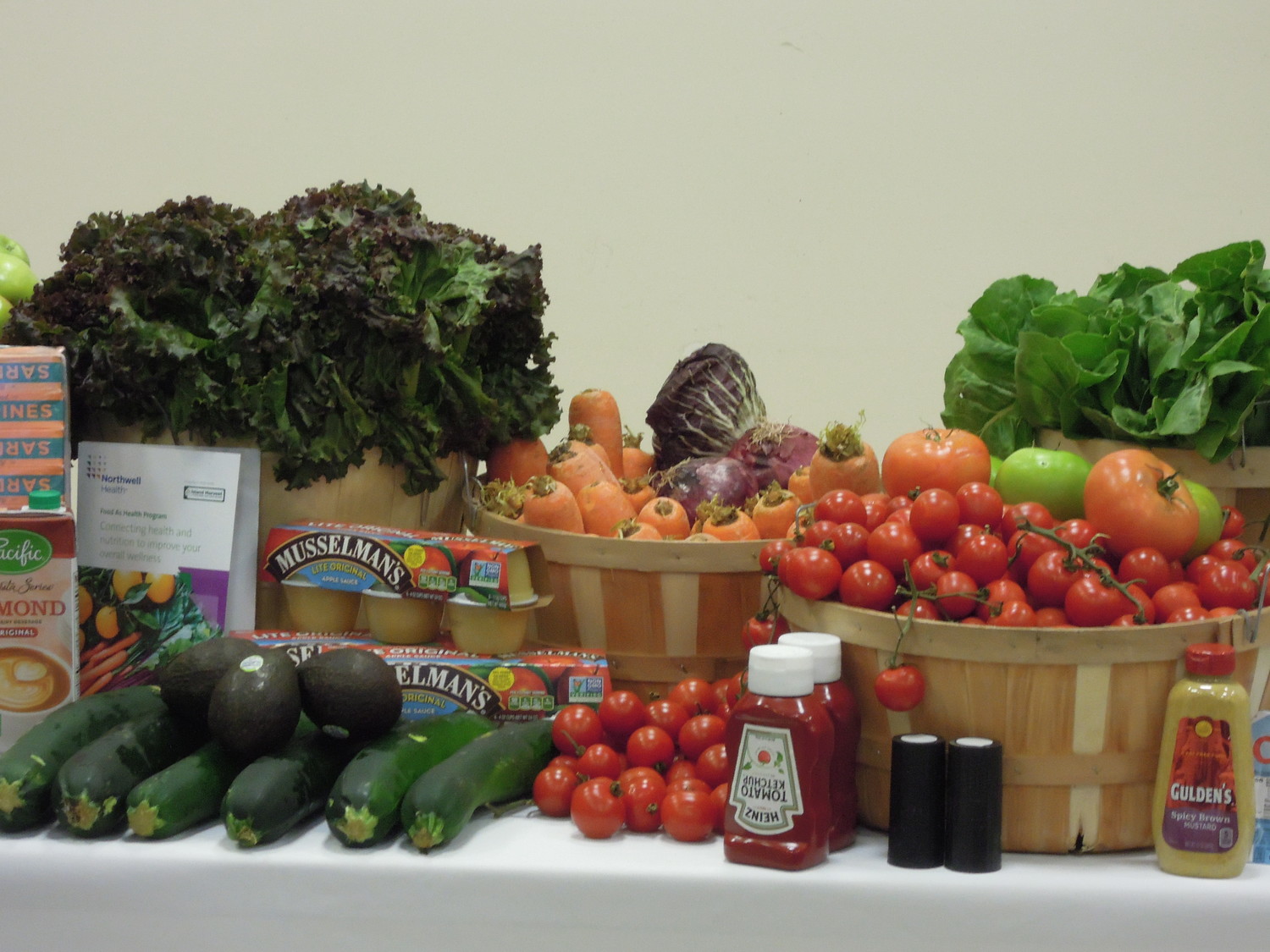 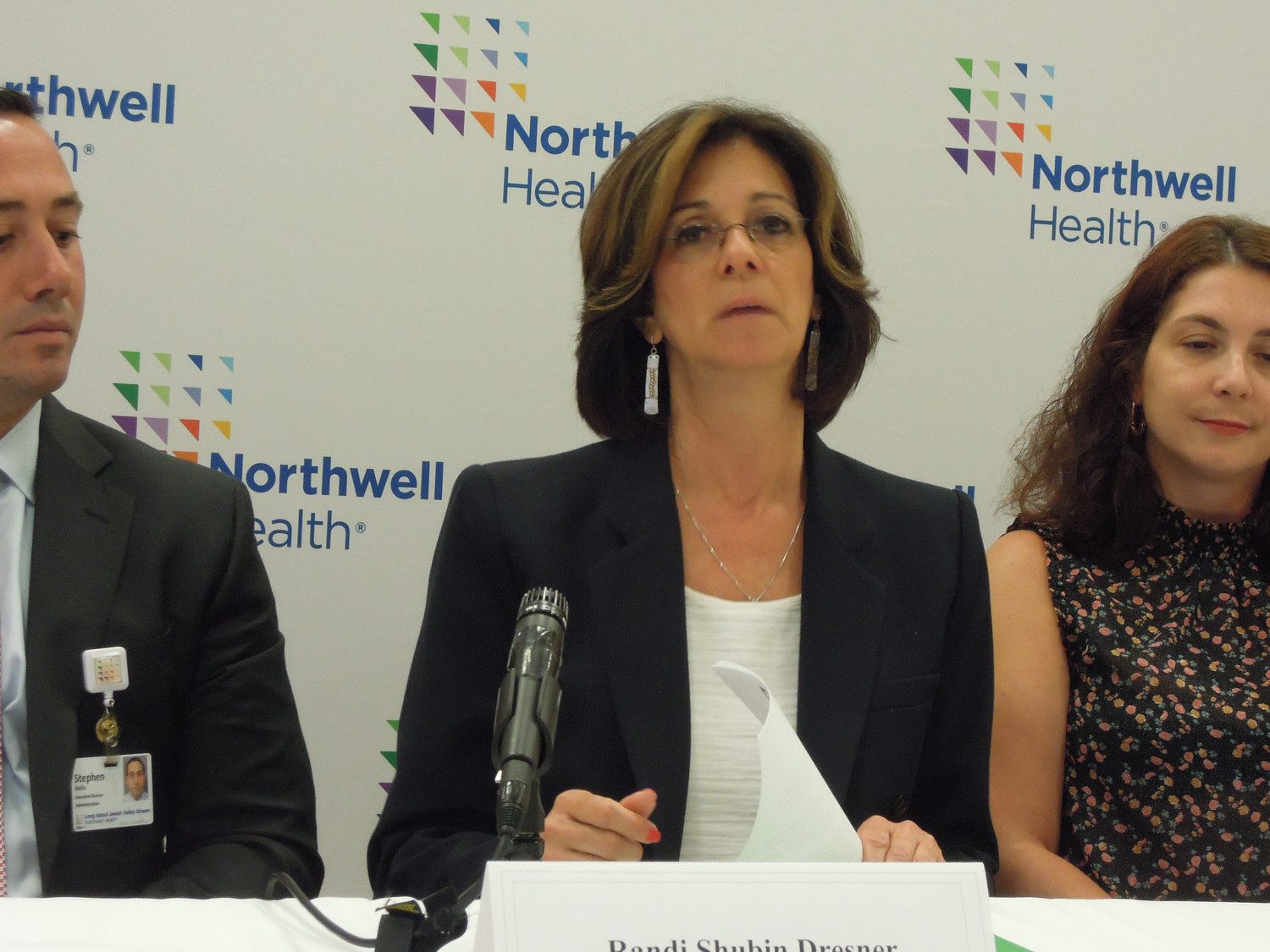 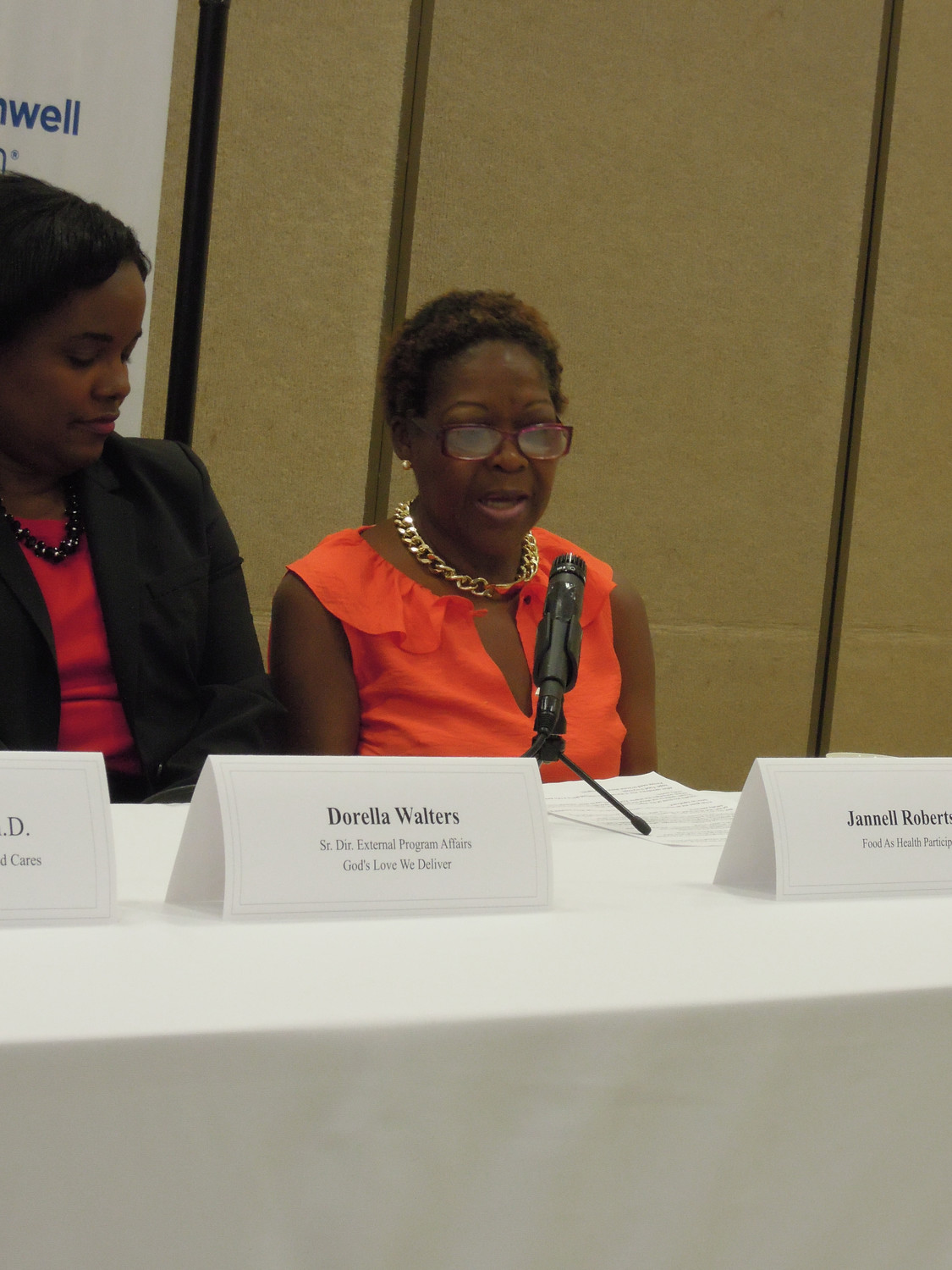 Impaired mental abilities at all ages.

Traditional medicine is getting a new lease on life at Long Island Jewish Hospital in Valley Stream, as Northwell Health looks closer at patients’ nutrition during their after-care. The program, called Food Farmacy, was developed with Island Harvest and is intended to help provide for the nutritional needs of “food-insecure” patients when they return home from hospital stays.

The Food Farmacy program is now in its pilot phase at LIJ. Next, it will be expanded to Southside Hospital in Bay Shore, Glen Cove Hospital and the Dolan Family Health Center in Greenlawn.

Nearly 13 percent of patients in Northwell’s local service area — Long Island, New York City and Westchester County — are food insecure, according to Northwell Vice President and Community Health Investment Officer Dr. Ram Raju. This means that more than 1.3 million people in the area are unable to provide for adequate nutrition in their daily lives, including some 86,000 in Nassau County.

“I’ve been interested in developing something like this for the past 11 years,” Raju said. “The issue was, how can Northwell focus on complete health outcomes? How can we help the whole community be healthier?”

Island Harvest got involved in the program more than two years ago, after searching for a partner for several years, President and CEO Randi Shubin Dresner said. “Northwell had the breadth we were looking for. It’s really a holistic program.”

According to Nancy Copperman, Northwell’s vice president for community health, “only 20 percent of a patient’s needs fall under the heading of clinical. The other 80 percent are what we call social determinants. How does a person live? What resources do they have to help promote their continuing recovery and eventual return to health?” Copperman, who is also a certified dietician nutritionist, cited issues such as transportation and social justice. “Traditional hospitals focus on the 20 percent and mostly ignore the other 80 percent” in treating patients, she said.

“Whenever we see health disparities, we want to know why,” Copperman said. “When we see diabetes, obesity, high blood pressure or unintentional weight loss, which particularly affects the elderly, we know we can improve a person’s health through diet.”

The process begins by identifying food-insecure patients through screening. Next, patients meet with social workers and dieticians, who place them in one of three categories, depending on their ability to participate in their own aftercare. When patients are ready to be discharged, food-insecure patients are asked about available local resources, such as farmers markets and pantries. Many food-insecure or low-income patients live in so-called food deserts — areas where fresh, healthy food is not readily available, if at all. Some may also be eligible for enrolment in government programs such as the Supplemental Nutrition Assistance Program, or SNAP.

Patients who are able to participate fully in their own after-care are given two days’ worth of fresh food from the hospital’s supplies. Major food donors include Baldor Specialty Foods, for live produce and perishables, and U.S. Foods, for non-perishables.

Patients who are fully ambulatory come to the hospital for regular consultations with dieticians and clinicians. They receive tips on nutrition, as well as recipes tailored to their particular health issues. Patients who are unable to come to the hospital but can shop locally are helped by nutritionists from Long Island Cares. Homebound patients receive the same kind of help from God’s Love We Deliver. Island Harvest coordinates the program’s overall nutrition components, Shubin Dresner said.

“I wasn’t as educated as I thought I was,” former diabetic patient Jannell Robertson said. Robertson, 56, of Valley Stream, spent more than a year in the hospital for diabetes-related complaints. “The hospital notified me that I was reaching my expiration date,” beyond which her insurance would not cover her continued stay, she explained. She met with a nutritionist who helped her put together a food program targeted to her needs. “I learned that I can eat things I never thought I could.”

The new recipes that Robertson was given, she said, renewed her interest in cooking. “I used to love to cook,” she said, adding that she got out of the habit as her disease progressed.

Many patients can benefit from foods that may be unfamiliar, such as artichokes, which are a good source of folate, fiber and vitamins C and K. “Our dieticians come out and teach where and what to buy and how to cook it,” Shubin Dresner said.

“Someone struggling with heart disease may not realize how critical diet is,” said God’s Love We Deliver Senior Director of External Program Affairs Dorella Walters. “And proper diet can help patients with serious diseases tolerate their medication.”

According to Raju, Northwell is among the first health care systems in the U.S. to pilot such a program, which represents something of a return to earlier medical practices. Before the advent of modern drugs, diet was a key component in the treatment of most illnesses.

by early next year. “As a mobile component, we want to ensure that all patients have access to healthy foods,” she said.

“If a patient goes back to a situation where they cannot afford food, or they live in a [food] desert, then their health is disadvantaged,” Raju said. “Food insecurity affects all segments of society, from the elderly to children to infants.”