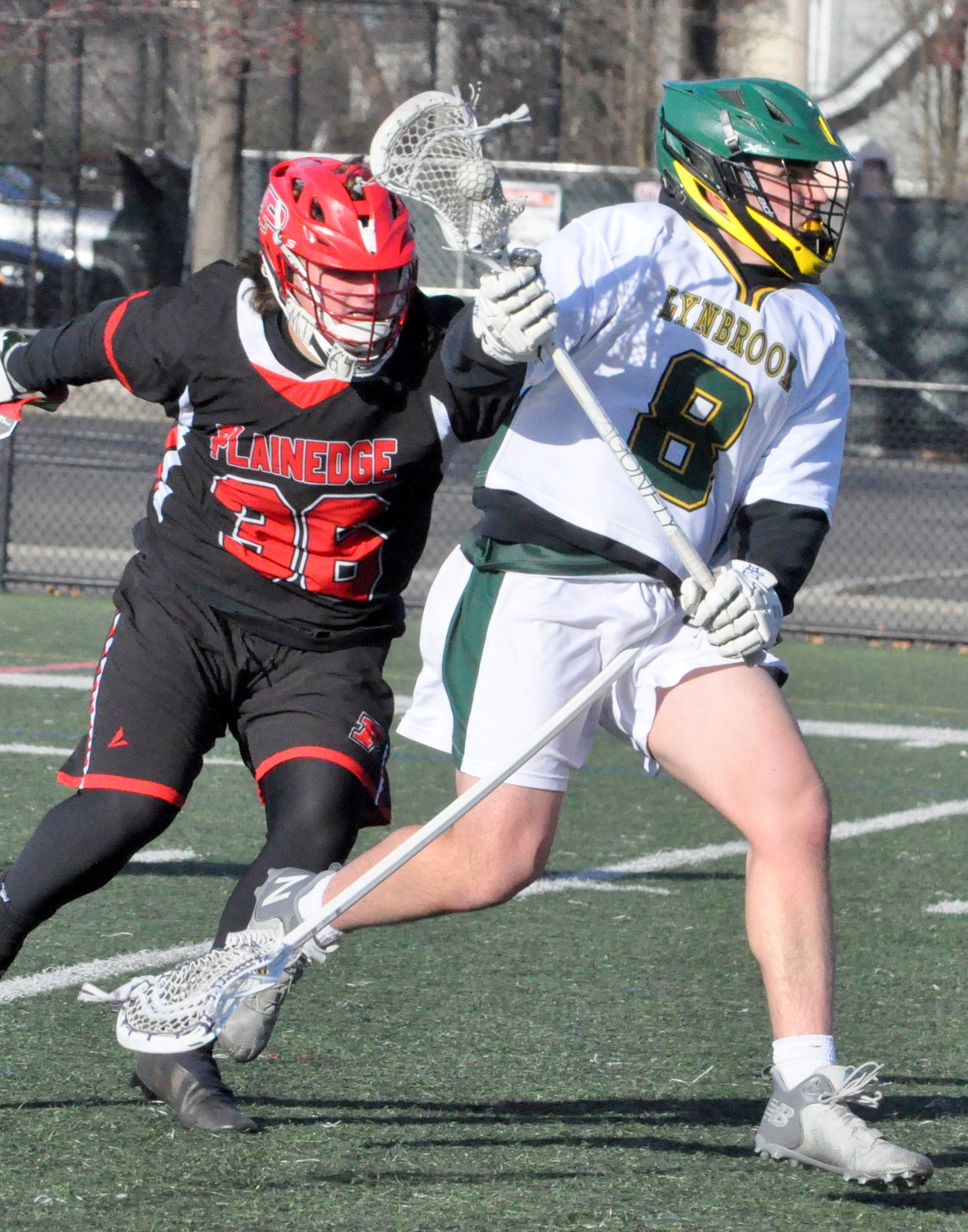 Momentum is always important for a team heading into the playoffs and the Lynbrook boys’ lacrosse team has garnered plenty of it during the second half of the season.
The Owls have righted themselves following a 2-4 start by winning six of seven entering the final week of the campaign to improve to 5-4 in Conference CD and 8-5 overall with one game remaining. They haven’t officially clinched a playoff spot yet but will likely make it potentially with a sixth or seventh seed, according to coach Bill Leighley.
Despite bringing back an experienced roster, Leighley still needed to tinker his lineup at the beginning of the season and things began to finally gel when it became more solidified.
“We started out a little bit raw at the beginning of the season,” he said. “We had to move a lot of guys around and I think we finally have a better idea of where guys fit. It’s the same old story of all things coming together towards the end of the season.”
Lynbrook, which went 4-9 in 2021, hasn’t beaten any slouches during its run. Five of the seven wins have come against teams with winning overall records, including an 8-6 stunner at Long Beach on April 19 that Leighley felt was a pivotal performance despite it being a non-conference match.


“That was a good win and we felt great coming out of it,” he said. “That kind of turned us around. Even though it was a non-league game, we wanted to look good against them and I think we did.”
Lynbrook improved in all facets of its game this spring. Offensively, four players reached the 20-goal plateau, including 20 by senior Christian Meszaros and eighth-grader James Gillis, and the team overall is scoring almost four more goals a game (9.8) than last year.
Junior Max Dantona, who scored the overtime winner against Island Trees on April 23 after a great defensive play by Tyler Ippolito, came into the season “bigger, faster and stronger,” according to Leighley and the work paid off with a team-leading 26 goals. Fellow junior Michael Fagen is just behind him with 24, including Lynbrook’s final two scores in the Long Beach win.
“Because they had experience, we didn’t have to teach them a lot of skills that they needed,” Leighley said of the offense. “It’s just going over the different sets and finding out what works.”
The Owls’ goals-against has shrunk from 10.5 in 2021 to 8.8 despite losing senior defender Brandon Torres to injury during the stretch run.
“Our guys have stepped in and done very well,” Leighley said. “Sean O’Brien is our leader and when Brandon gets back, it’s going to be a huge difference.”
Senior Collin Lung has been a pillar in goal with almost 90 saves this season, including a season-high 16 against Long Beach, and Leighley lauded Jake Lunati for his play in net while spelling Lung.
“Between [Lung] and Christian Meszaros, those two guys are key ingredients in how far we go,” Leighley said.