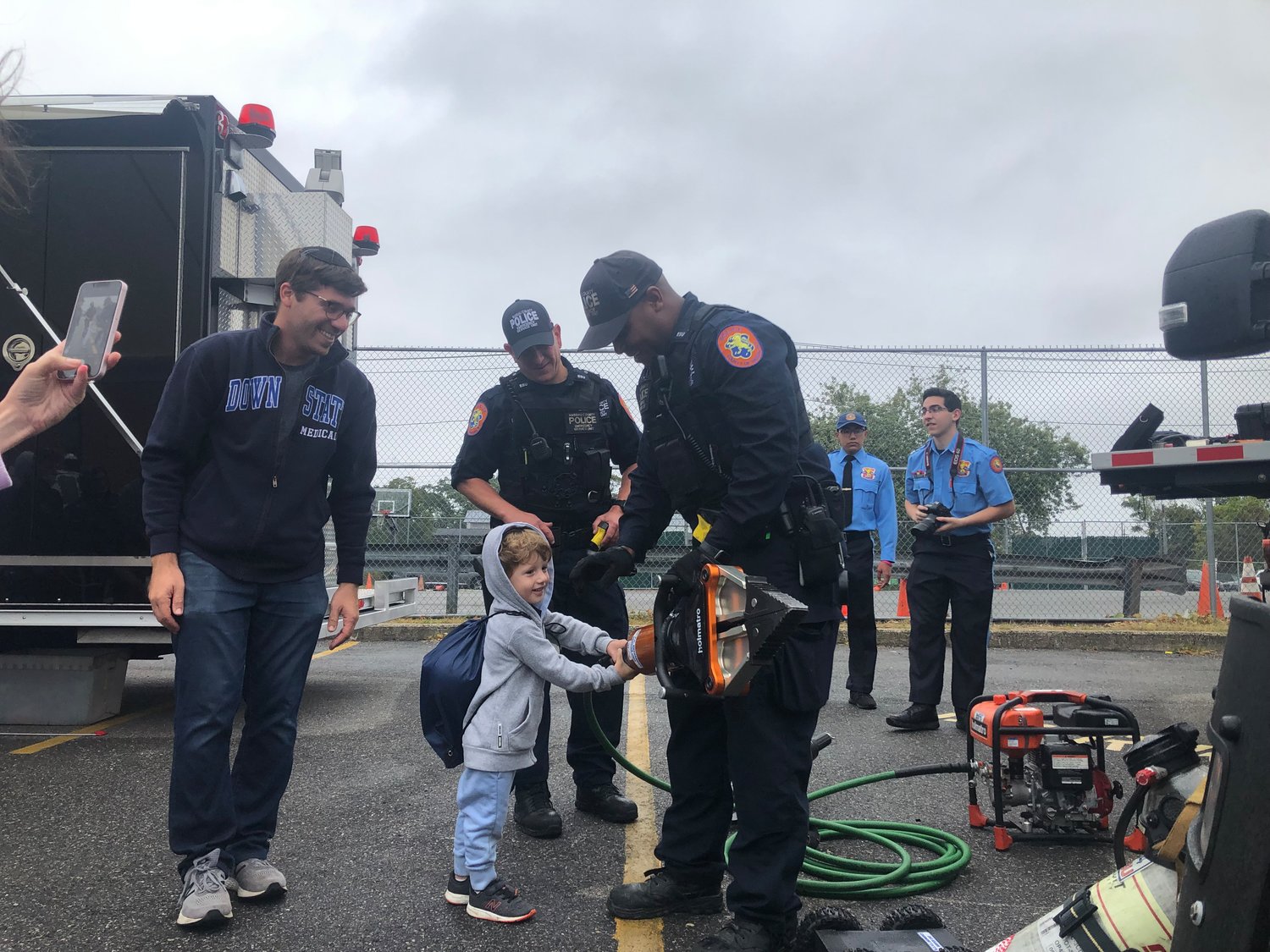 The Nassau County Police Department congregated in the parking lot of Congregation Beth Sholom in Lawrence in an effort to bond with the community at the law enforcement agency’s their second annual Faith & Blue event.

Even as rain drizzled from cloudy skies, community members still gathered during the two-hour morning event to support the police. Officer Luis Serrano enthusiastically opened the event, quoting from the Bible and making a point that “rain is symbolic of blessing.”

Faith & Blue is a nationwide event hosted by police that aims to unify law enforcement with local communities of faith. VIPs spoke in support of the police, including County Executive Laura Curran and Town of Hempstead Councilman Bruce Blakeman, who are running against each other for the top county post.

Avi, Tuchman, a Hebrew Academy of the Five Towns and Rockaway Middle School student, appeared to enjoy the event. “I came here because I go to all of the police events,” he said.

Free frisbees, bracelets, balls and drawstring bags were given out. Police units including the Bomb Squad, Bureau of Special Operations, Emergency Services Unit and Community Affairs, along with the department’s furry helpers: two horses and its friendliest canine were there

Officers had real emergency equipment for residents to explore. Kids took turns climbing into the bulletproof BSO truck, playing tug-of-war with the bomb robot, using spreaders, and the door opening rescue tool known as the “Jaws of Life.”

Officer Steve Churchill helped explain equipment in the BSO trucks. Churchill said he enjoys these community events, as he thinks it is important for the police to get out and interact with residents.

“Humanizing the badge is a very important part of policing these days,” he said, “people shouldn’t fear cops.” The event, “shows the personality behind the uniform,” Churchill added.

Attendee Fran Perelstein agreed that some people might dehumanize police: “It’s not right what is going on,” she said. Perelstein recognized the stress and traumatic work that police may go through on the job, adding “We have to be nice to the police.”