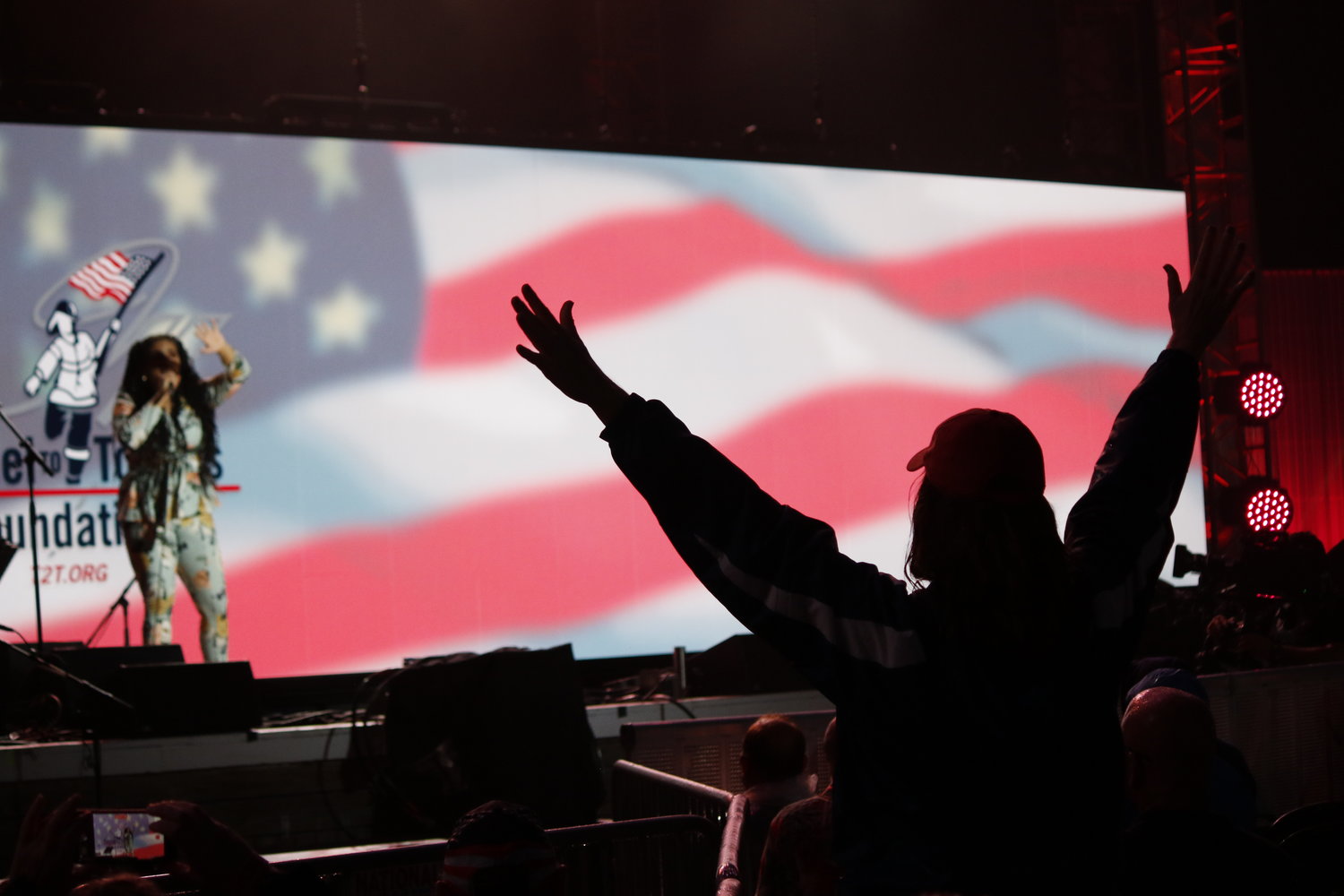 A concert-goer put her hands in the air as former “The Voice” contestant Wé McDonald performed a rendition of “Rise Up” by Andra Day at the Never Forget Concert at Northwell Health at Jones Beach Theater on Saturday.
Christina Daly/Herald 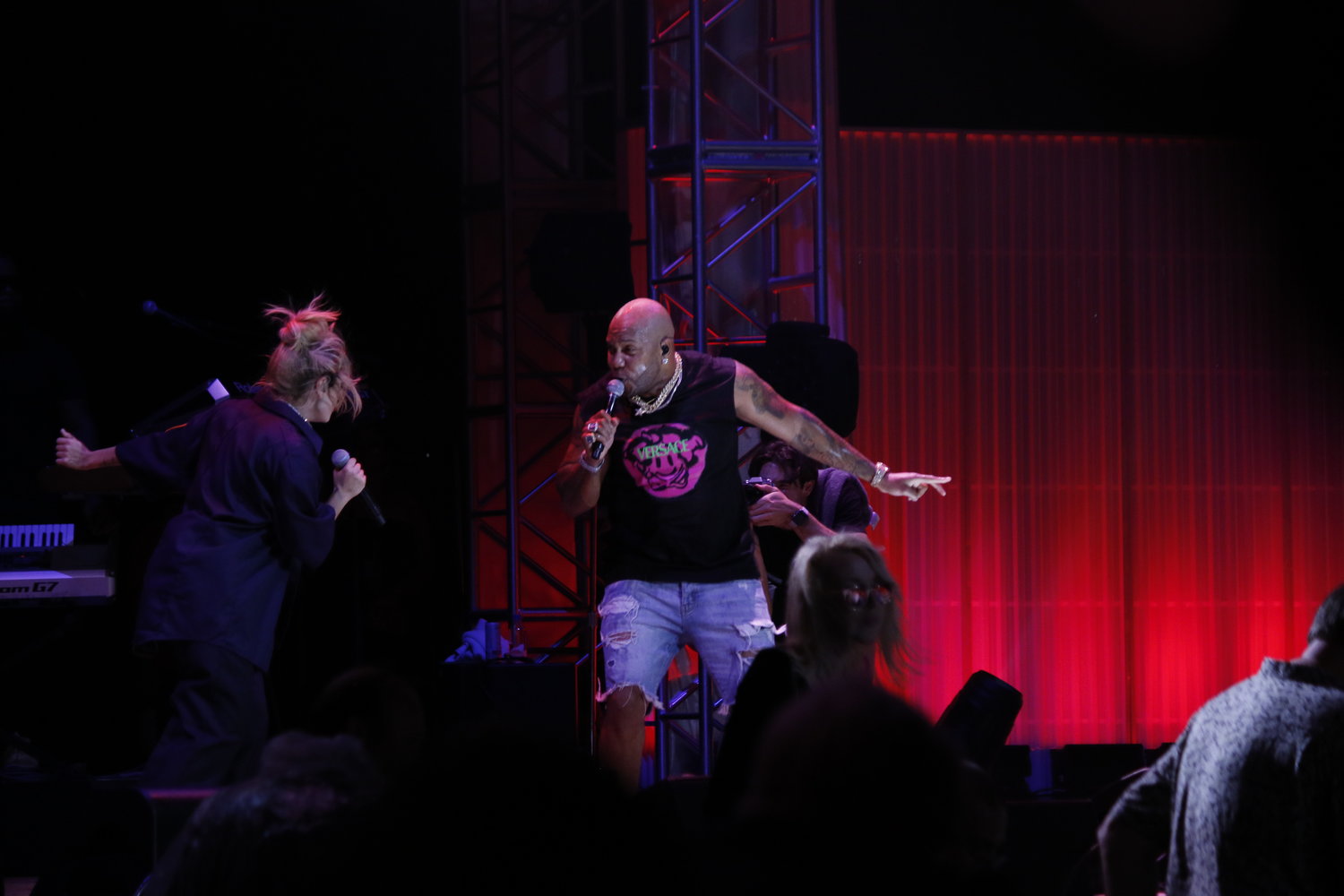 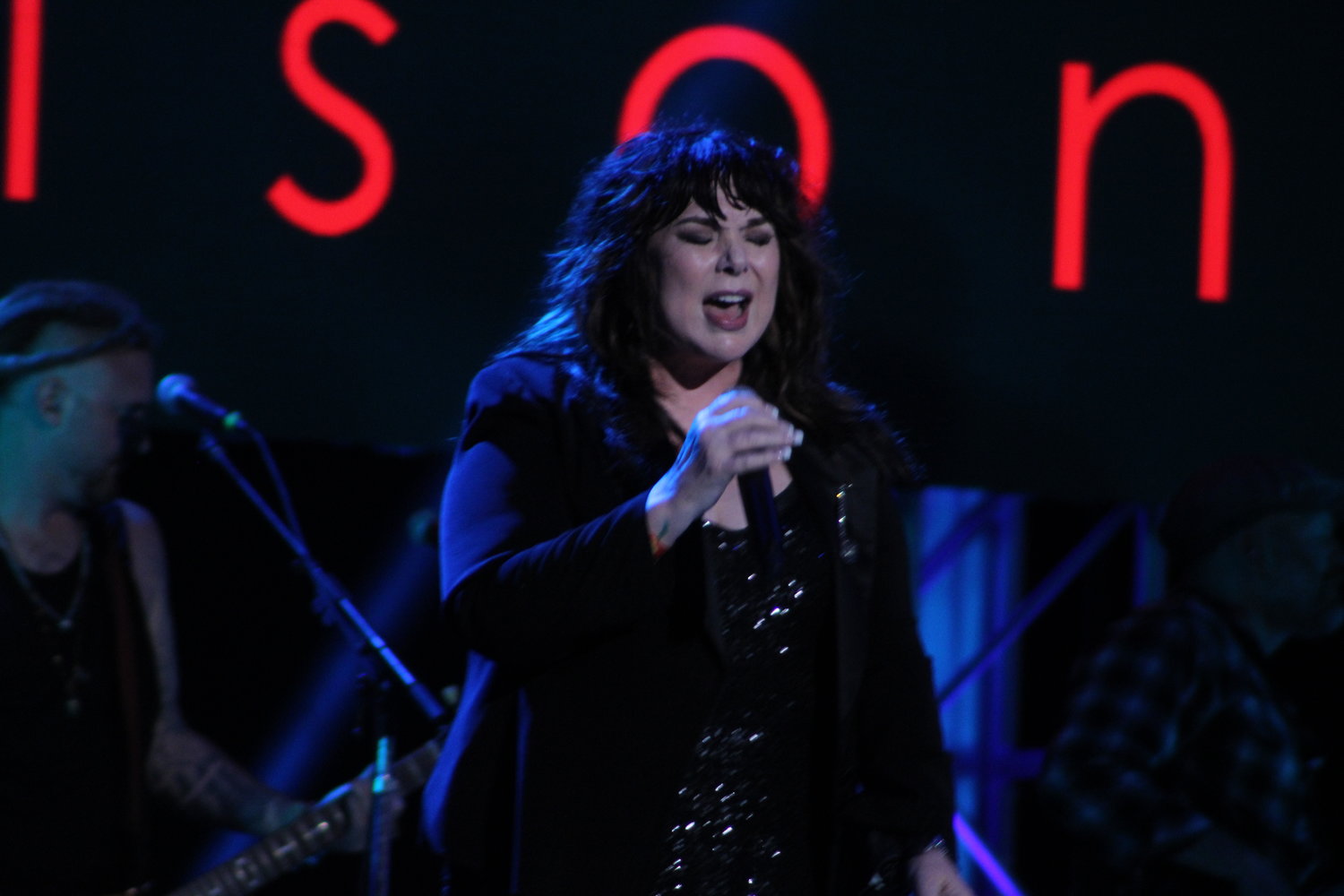 Ann Wilson, the lead singer and songwriter of Heart, belted out “Barracuda” at Northwell Health at Jones Beach Theater in Wantagh on Saturday.
Kate Nalepinski/Herald 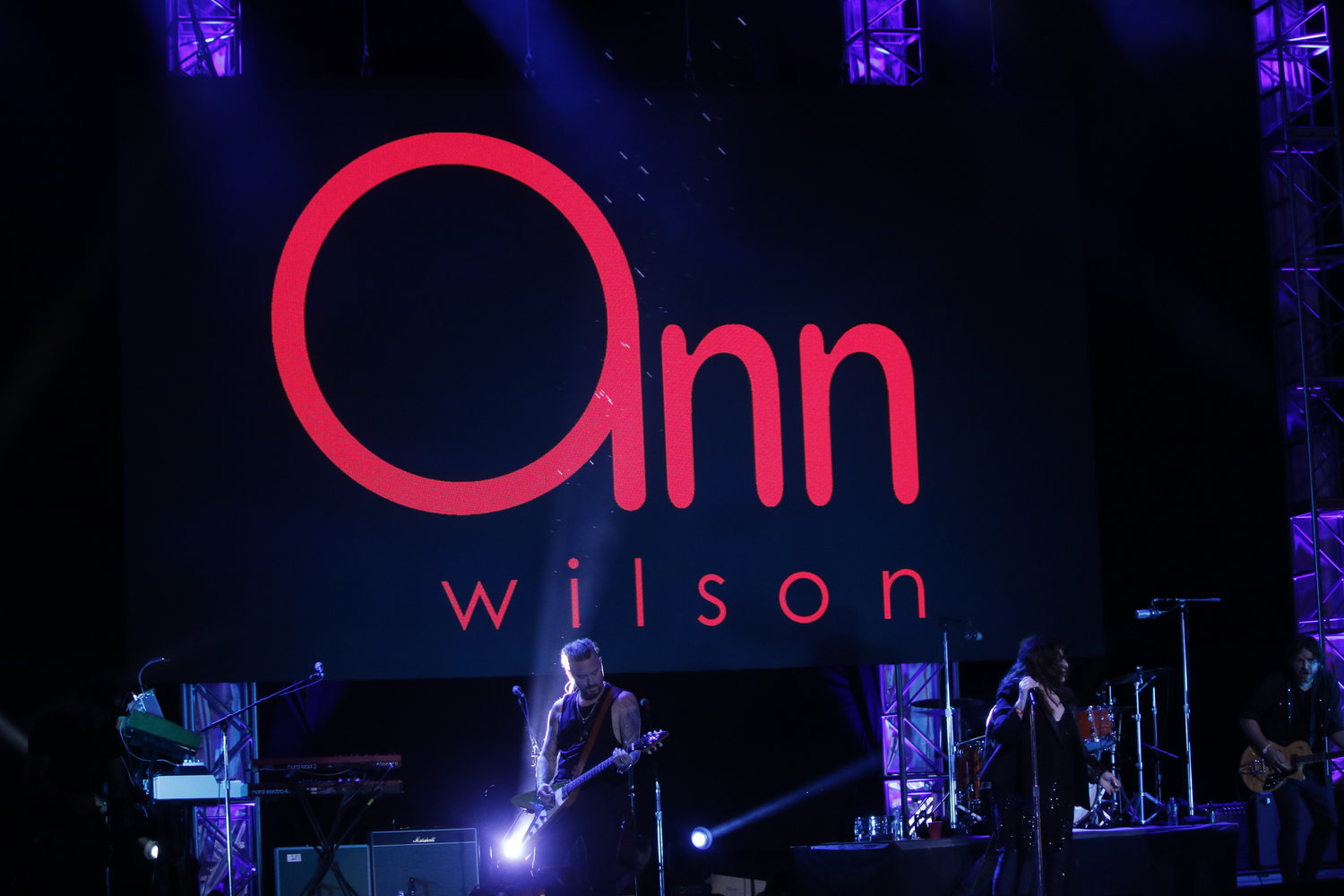 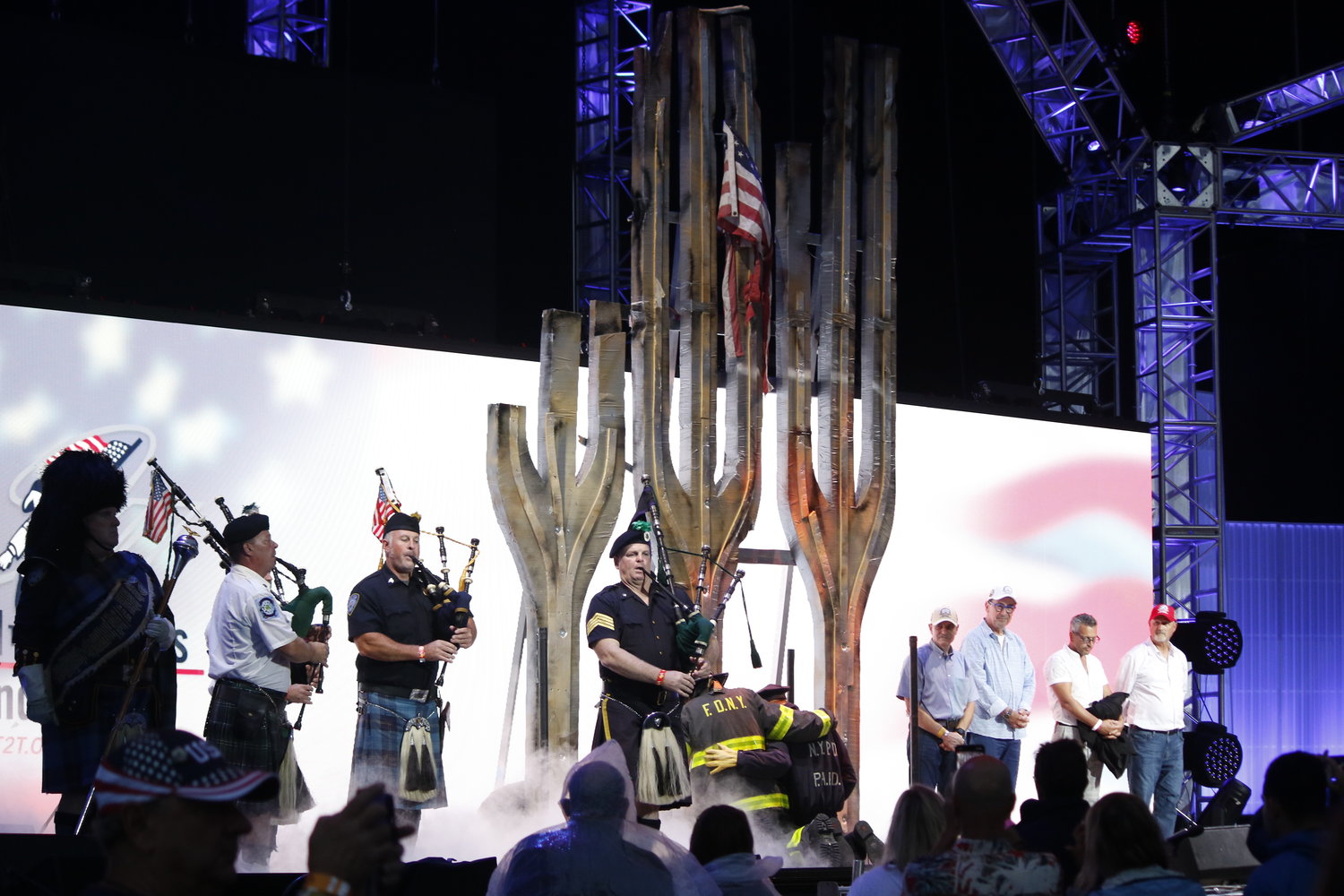 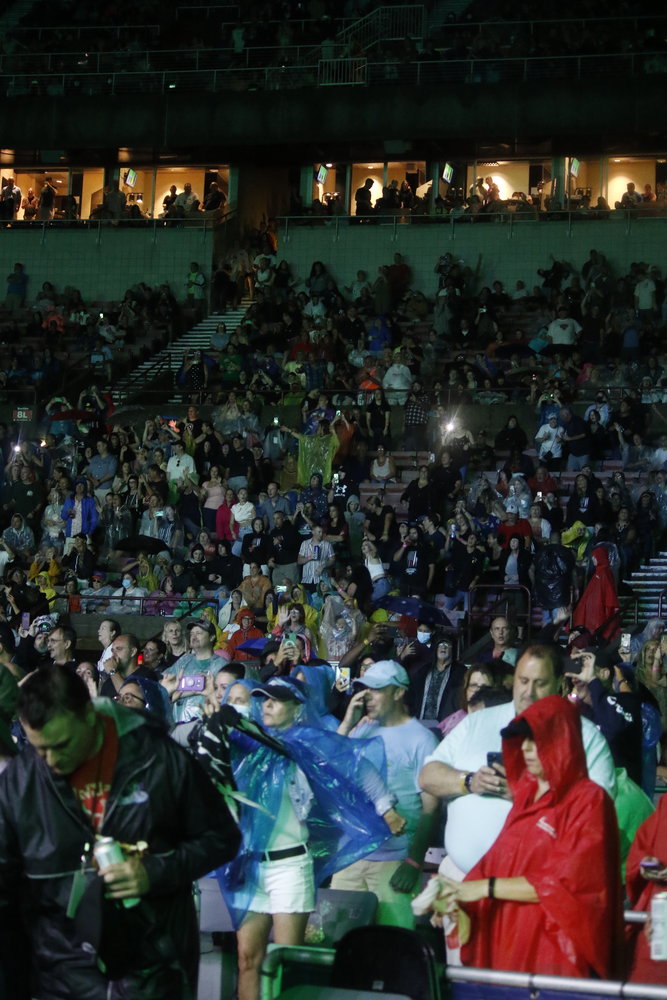 Many in the crowd sported ponchos and rain jackets.
Christina Daly/Herald 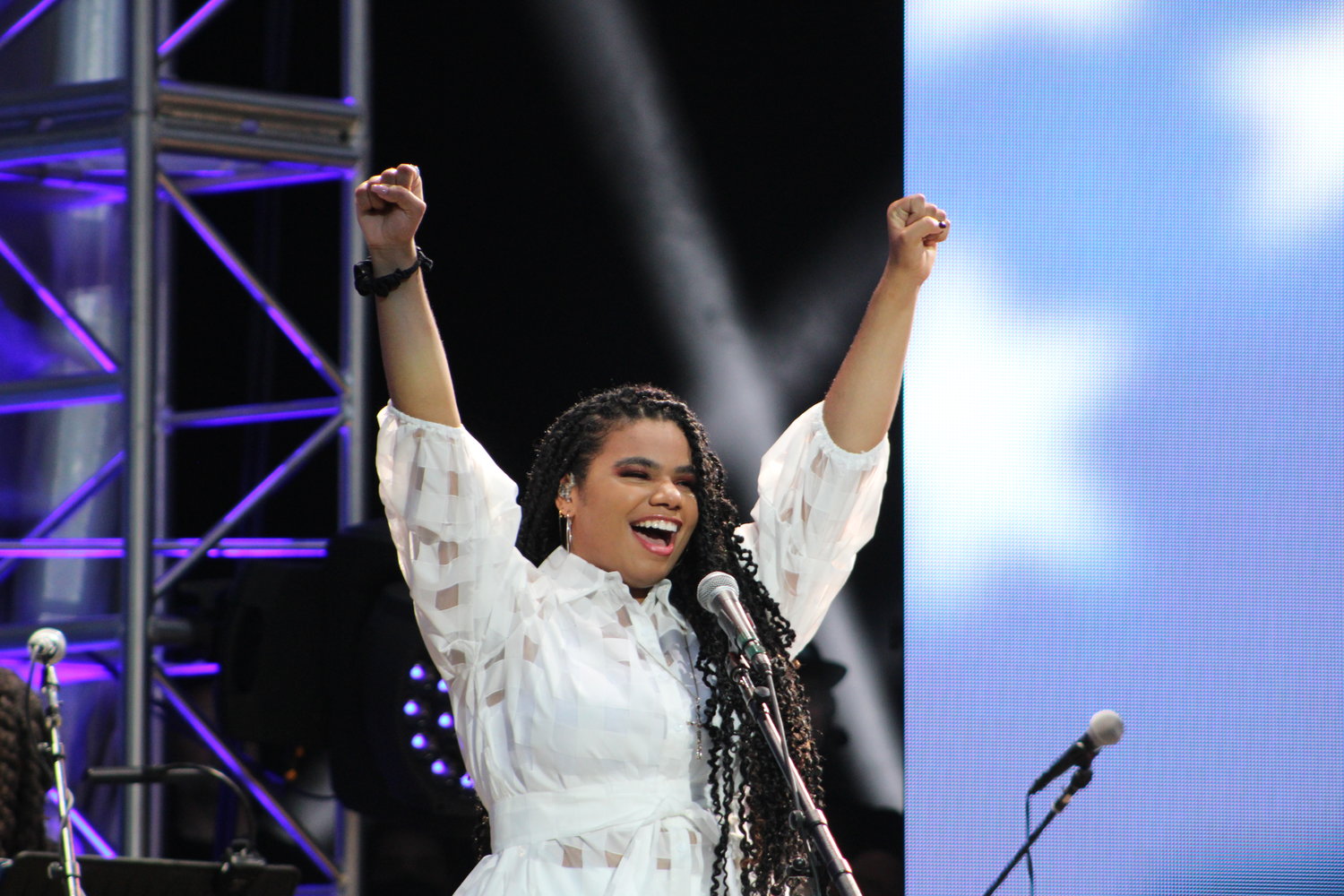 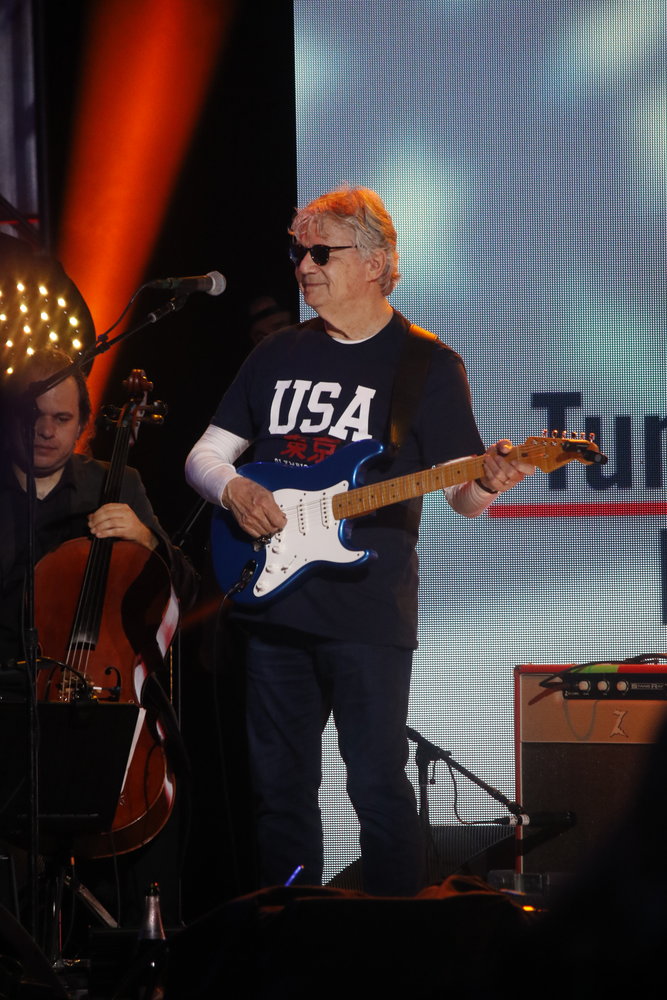 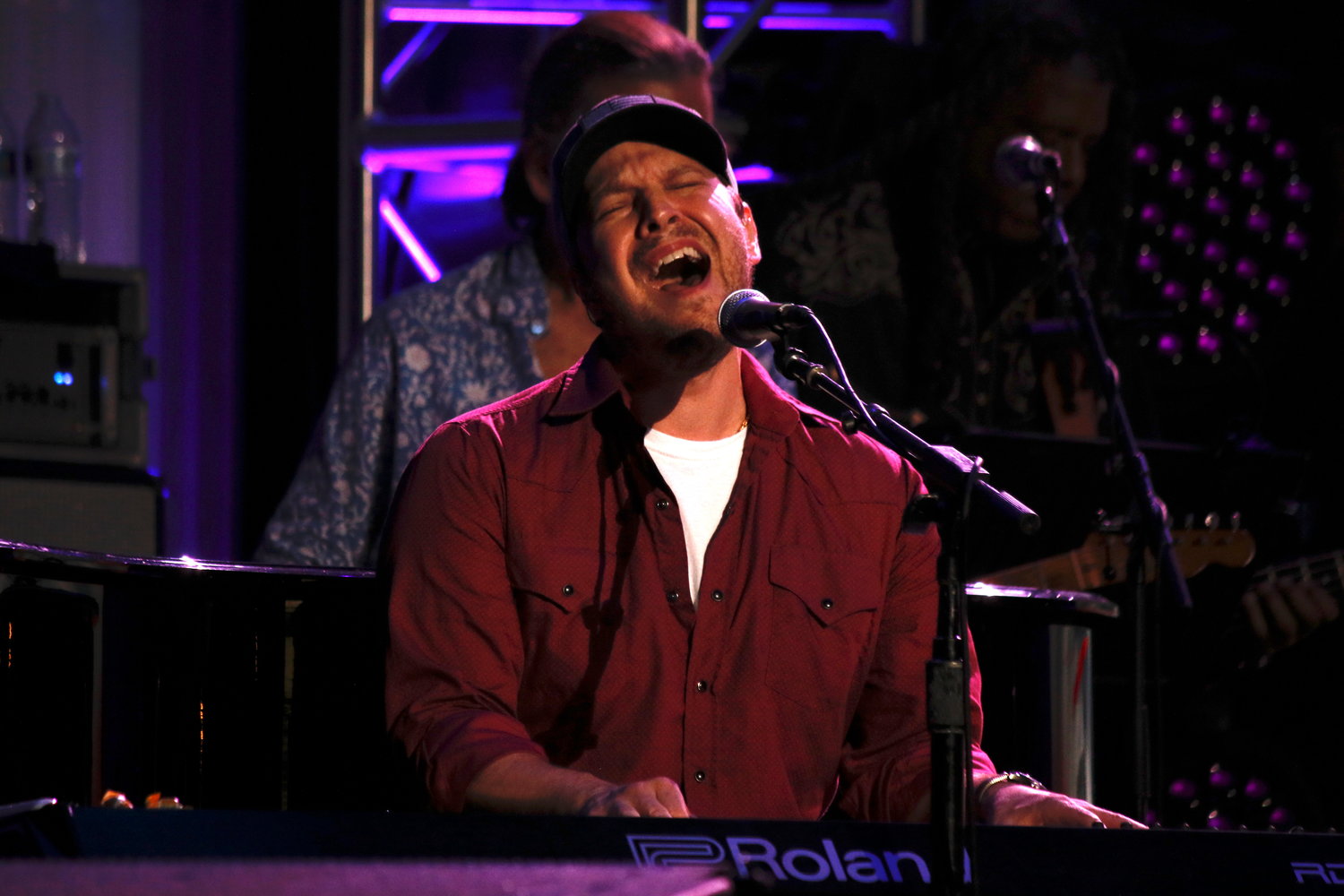 Singer Gavin DeGraw belted out a tune at Northwell Health at Jones Beach Theater in Wantagh on Saturday.
Christina Daly/Herald
Previous Next
By Kate Nalepinski

Even an impending tropical storm can’t halt America’s pride. Despite rain caused by the approach of Henri, the Never Forget Concert at Northwell Health at Jones Beach Theater – a music festival to honor the nation’s military, first responders and 9/11 victims — went off as planned Saturday night.

All proceeds from the concert went to the Tunnel to Towers Foundation, a nonprofit created in 2001 that works to provide mortgage-free houses and other benefits to injured veterans, Gold Star families and first responders.

Around 7 p.m., the show kicked off with the bagpipe groups Emerald Society and NYPD Pipes and Drums, made up of active and retired New York City Police Department members. Two American flags on the stage waved in the wind as the national anthem was performed by “The Voice” contestant Wé McDonald.

The CEO and founder of Tunnel to Towers, Frank Siller, then took the stage. “We can never forget what happened 20 years ago,” Siller said. “The foundation makes sure we never forget by honoring the sacrifice, and we honor the sacrifice by doing good. Let us do good for the greatest of all Americans: those who are willing to die for you and I.”

Siller founded the nonprofit to honor his brother, Stephen, a New York City firefighter who strapped 60 pounds of gear to his back and ran two miles through the Hugh L. Carey Tunnel to the twin towers, where he died in the effort to save others.

Sporting an FDNY T-shirt, “American Idol” contestant Jax performed “My Hero” by the Foo Fighters. It was followed by a performance by Danny Rodriguez, a former New York City police officer who said he was two blocks from the World Trade Center when it collapsed. He devoted his cover of “Into the Fire” by Bruce Springsteen to those who lost their lives during the attacks.

Rapper Flo Rida later hit the stage with his track “My House.” During a brief technical issue, the audio for  “Wild Ones” cut out. Flo Rida invited Jax back to the stage to help him finish the 2011 tune.

As the rain began to intensify, Flo Rida encouraged the crowd to keep dancing. “To see you all out here smiling for something so purposeful – my hat goes off to you guys. This is a moment to cry tears of joy, so DJ hit it,” he said, leading into his “I Cry.” After he motivated the crowd to shout “Tunnels to Towers” several times in unison, he ended with his chart-topper “Low.”