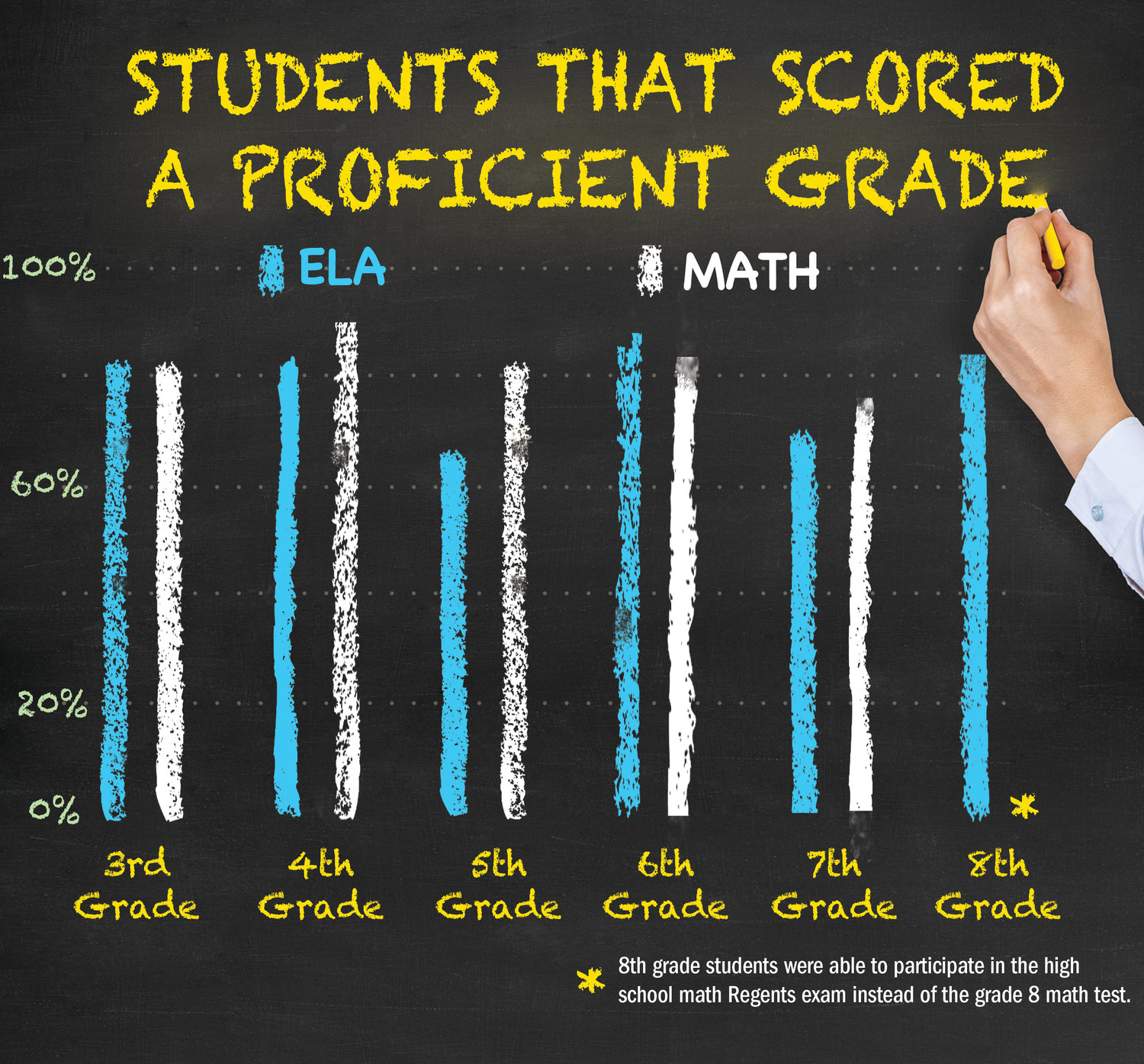 This year, North Shore’s ELA proficiency rate was 82 percent, a 5-point increase from 2017, according to data released last month by the New York State Education Department. The district’s math proficiency rate jumped as well, from 78 percent to 86 percent — an 8-point difference. The New York State Education Department cautioned that because of changes in the way students take the test — across two sessions instead of all in one sitting — as well as new performance standards, 2018’s results should not be compared to previous years.

The highest proficiencies were recorded in fourth grade math, at 93 percent, and sixth grade ELA, at 91 percent (see box). In addition to outperforming the state average, North Shore also surpassed the county’s proficiency rates by more than 20 points on both exams.

Superintendent of Schools Dr. Peter Giarrizzo was pleased. “When you focus on good instruction and teaching and learning, you get good results,” he said. “Our practices in literature and math are driving good instructional outcomes.”

North Shore has used state assessment data from previous years to inform current teaching practices. Additionally, Giarrizzo said the district’s use of the Singapore Math program and the Readers and Writers Workshop model has helped yield higher test scores on state exams in both math and ELA.

“The Singapore Math program yields much stronger number sense, problem solving and place value skills,” he explained. “It places high emphasis on building core skills at a young age, and as a result, when our kids are taking tests they’re doing well.” The units of instruction that comprise the Readers and Writers Workshop model focus on building student’s skills in writing and inference.

Giarrizzo acknowledged that the state’s results demonstrate a “very small snapshot” of student achievement at the local level and stressed that the district refers to a much broader definition of success. “Not all measures [of achievement] can be determined by paper and pencil tests,” he said. “The value [of these results] have certain place, but it’s also limited. We have kids that can do really well without doing tons of test work.”

Giarrizzo said he was most proud of the district’s two main focuses. The first is North Shore’s shared value outcomes — characteristics that represent the skills and behaviors necessary to be successful in school and beyond. The second is the improvement of “teaching and learning;” this topic was identified as a focus area for North Shore’s five-year plan, which the board approved last month.

“There are targets in the [five-year] action plan to improve mastery rates across the entire instructional program,” Giarrizzo said, adding that testing is “By and far not the most important thing we do.”