Holocaust survivor meets relative of man who saved his life 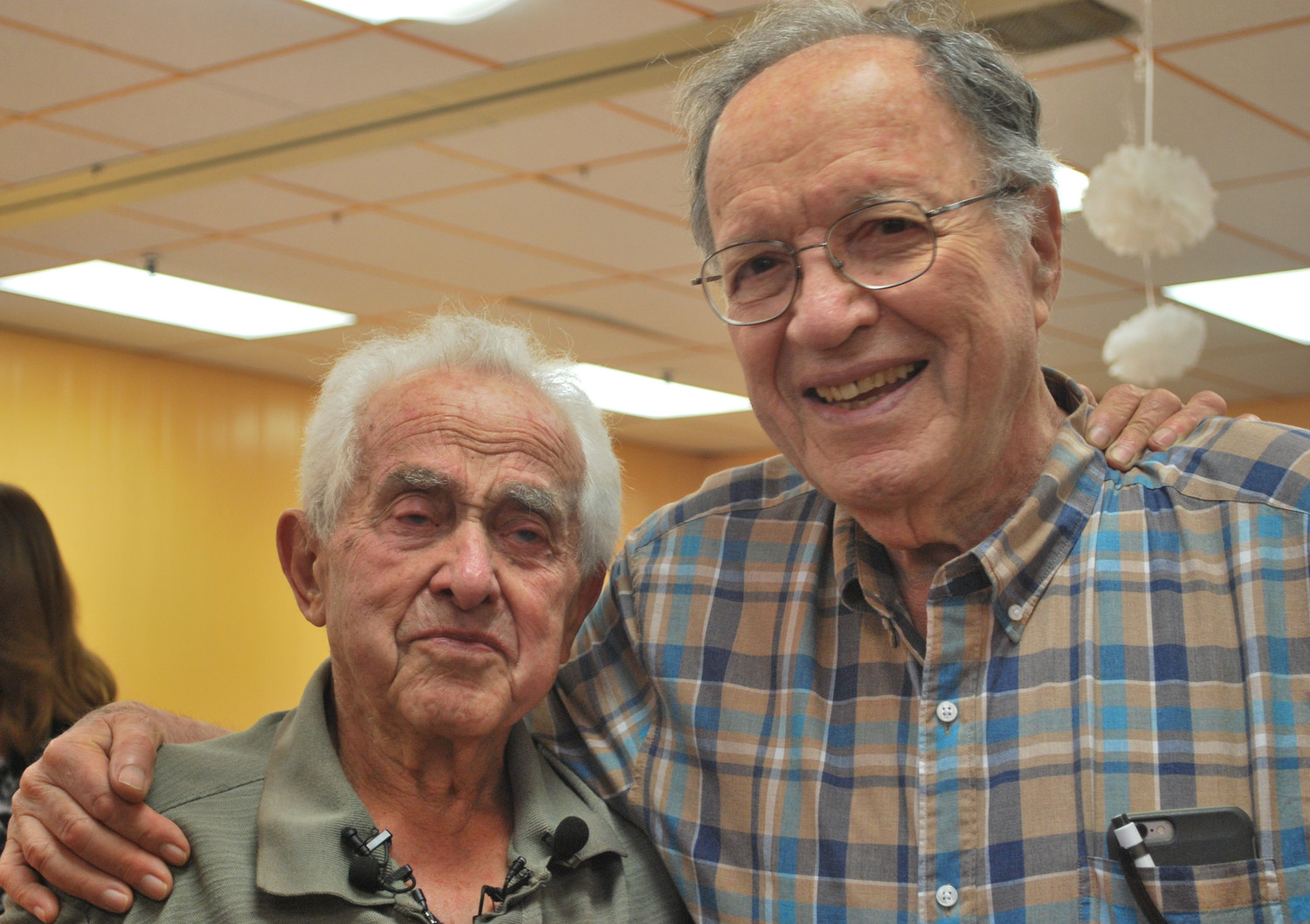 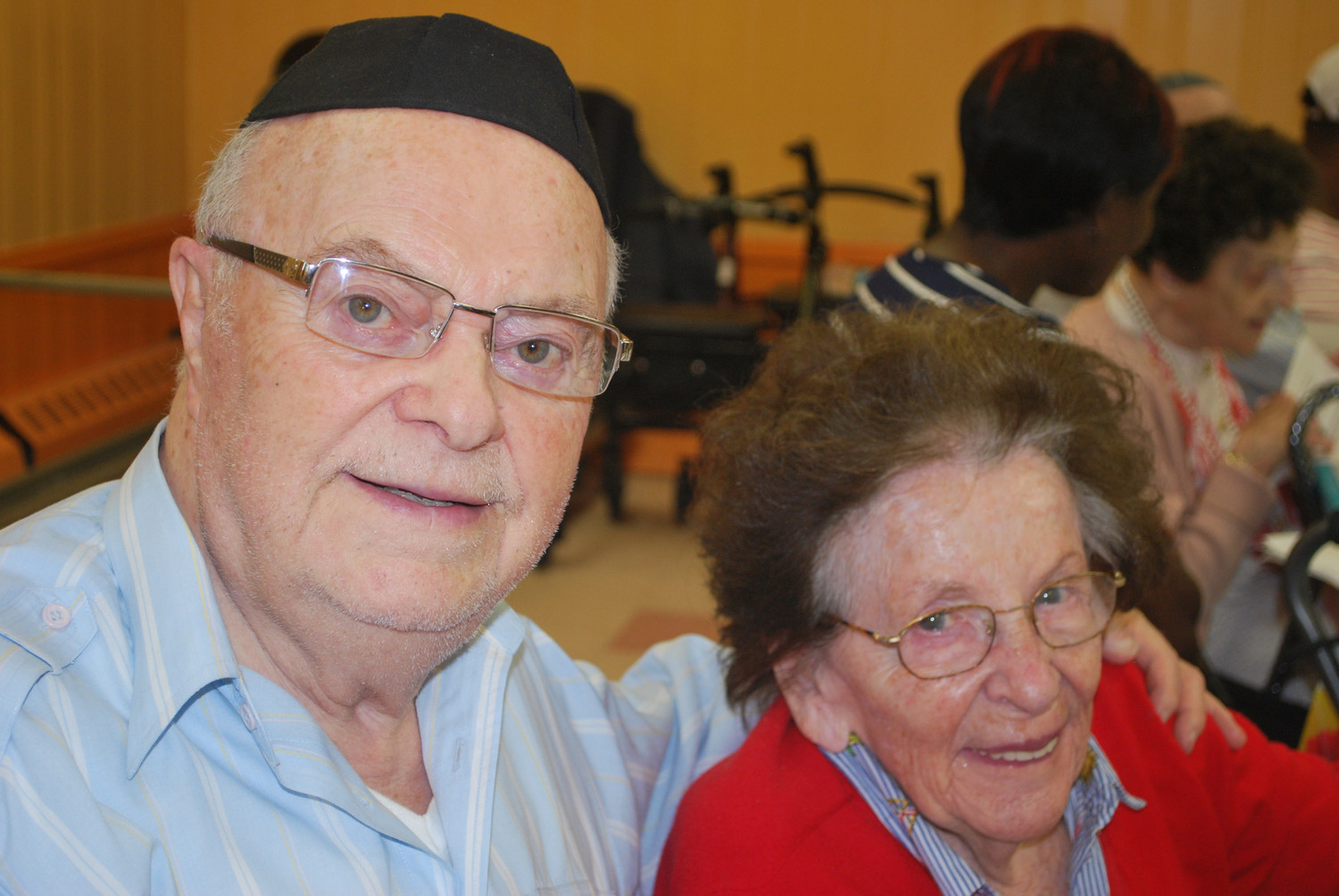 Woodmere residents Jack and Bonnie Rybsztajn are Holocaust survivors who have been married 74 years.
Jeffrey Bessen/Herald
Previous Next
By Jeff Bessen and Dena Gershkovich

North Woodmere resident Bernard Igielski fulfilled a lifelong dream by meeting a relative of Dr. Berthold Epstein, the man who saved his life four times at the Auschwitz concentration camp.

More than 70 people gathered at the Marion & Aaron Gural JCC in Cedarhurst on June 21, many of them members of the Gural JCC’s Holocaust survivors group, to see Igielski, 91, embraced Dr. Joseph Kohn, a cousin of Epstein and the only living relative of the doctor in the U.S.

“My knees are shaking,” Igielski said, as he walked to meet and thank Kohn, an Epstein cousin, with tears in his eyes. “I think that so many miracles have happened to me, and I’m here to say thanks to you, to your family …”

“How are you supposed to feel about someone who saved your life four times?” Igielski said. “I don’t really know how to behave today.”

Igielski’s biggest regret is not searching for Epstein while he was alive, as he previously avoided talking about the “grueling situation” of the Holocaust.

Kohn, grateful, proud and humbled by the deeds of Epstein, his only cousin to survive the Holocaust, said that he does not deserve to be thanked. “Any honors that are being given to me are completely undeserved,” Kohn said. “Maybe there are some good things I’ve done in my life, but this is not one of them,” he added, laughing. “The thanks should go in the other direction,” Kohn said, expressing his appreciation for the community.

The meeting came about because Katharine Gorsuch worked as vigorously as any detective. She and Avi Mizrachi, co-founded the Hollywood, Fla.-based the Foundation for Holocaust Education Projects. Mizrachi, who was at the Gural JCC event, said that through Igielski’s plea in the 2004 documentary “Paper Clips” was picked up by Gorsuch, who then sent out feelers across the globe and with the help of others found Kohn.

“Dr. Epstein was sent to Auschwitz and being a doctor, Dr. Mengele told him he could live longer helping out,” Mizrachi said. Called the “Angel of Death” Mengele was known for his deadly experiments on people and was part of the physician team that picked people to go to the gas chambers.

Mizrachi said calls were made to connect Igielski and Kohn. “We were trying to get them together in a public setting, when the JCC offered to let us have it here.”

Holocaust survivors Bonnie and Jack Rybsztajn, of Woodmere, attended the event with their daughter, Dr. Jennifer Rybstein. The couple lost 91 total family members in the Holocaust. The Rybsztajns have been married for 74 years.

“It took a lot of years for us, the children, and our parents to talk about,” Dr. Rybstein said of the Holocaust, tearing. “A lot of emotion didn’t show until now.” She said her parents — as well as many other survivors — pushed their children to prosper in education and emphasized religion. “[Sharing] is what the world is doing now,” she said, looking around the room. “It’s a wonderful thing.”