Team prepares to move to Barclays Center in Brooklyn 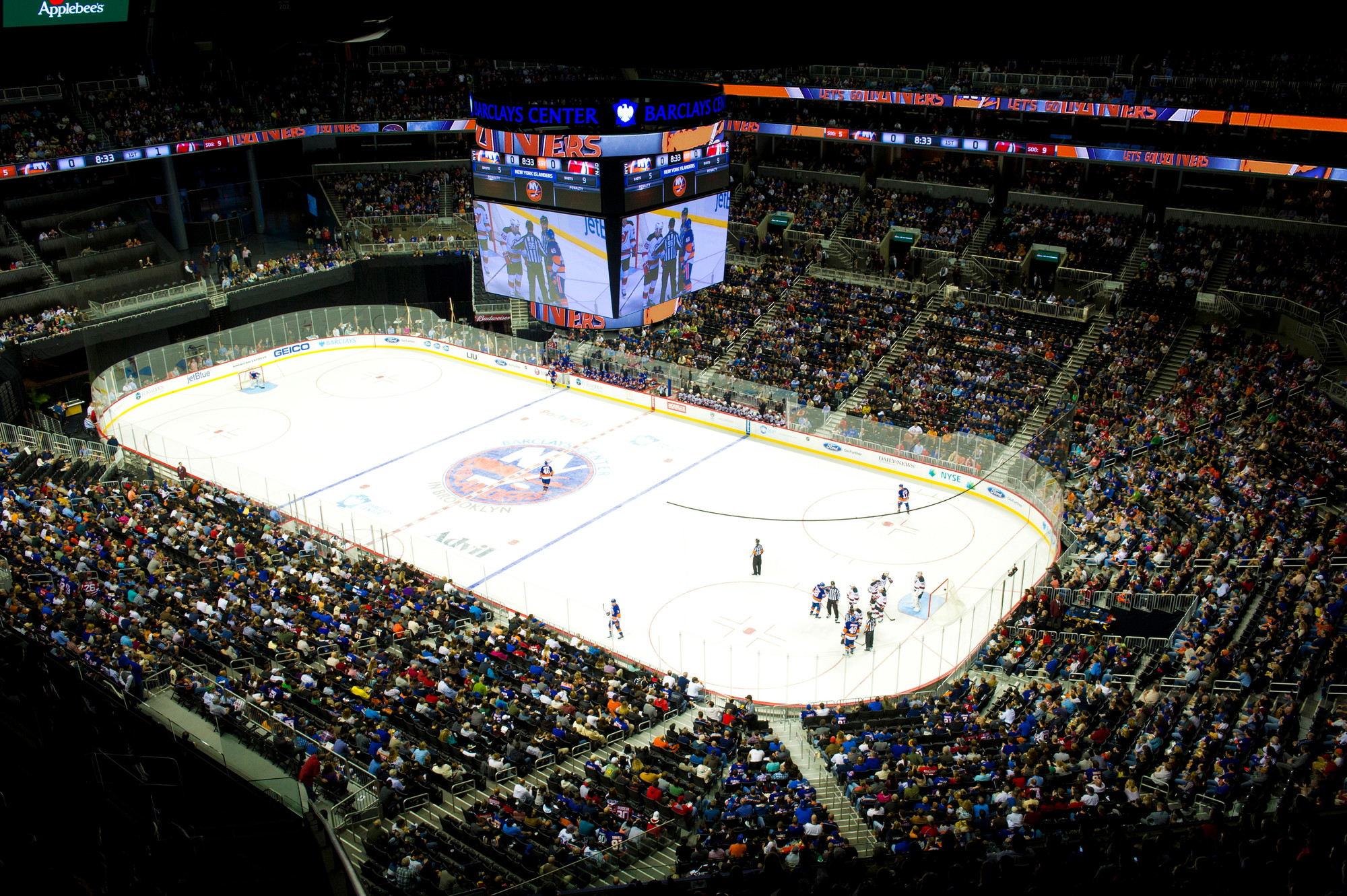 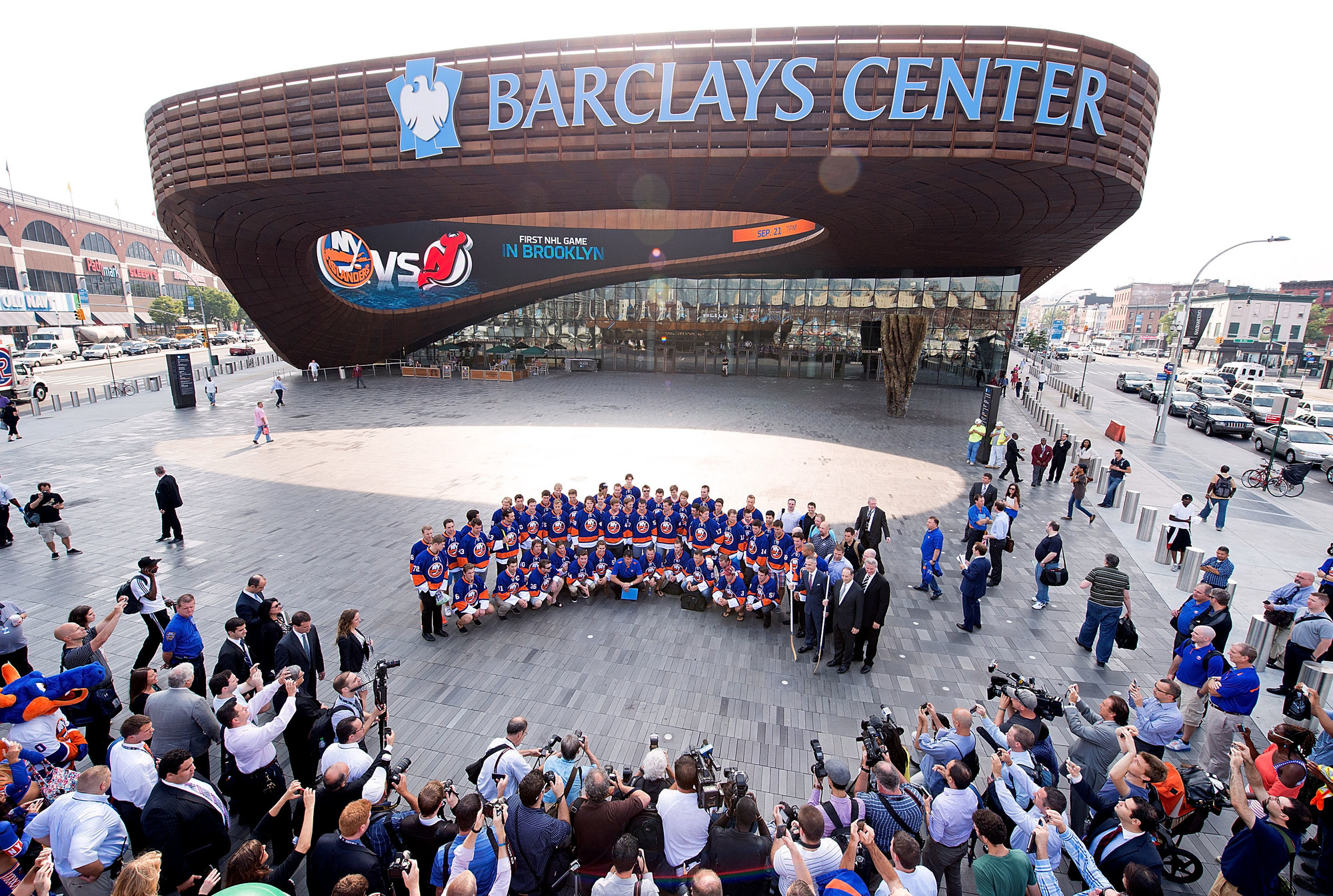 The New York Islanders gathered outside their future home, Brooklyn's Barclays Center, before their 2013 preseason game in the arena-the first NHL game to be played in Brooklyn
Courtesy Barclays Center 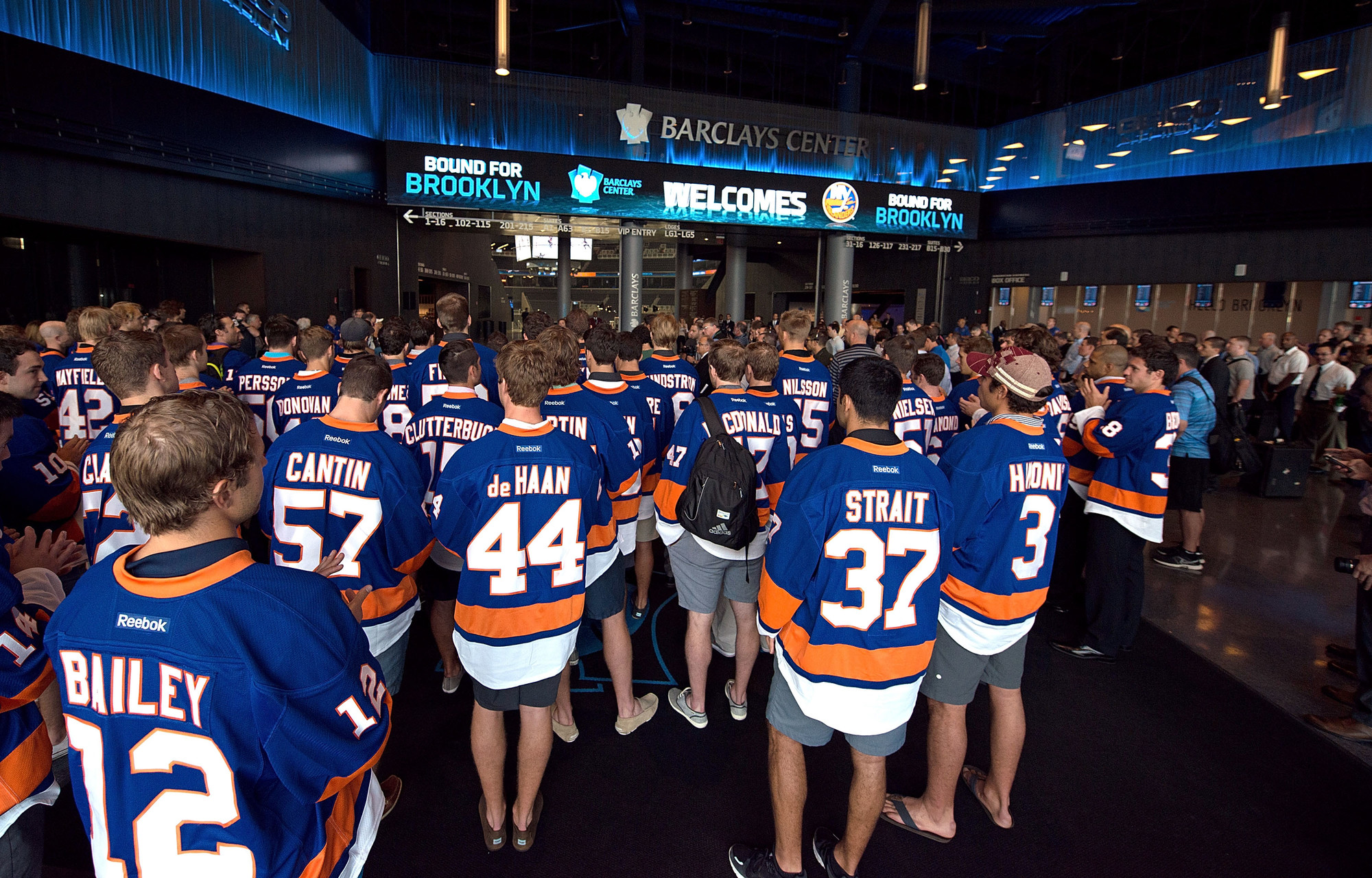 Islanders players entered their future home arena, the Barclays Center. The team will move to the arena full-time in the 2015-2016 season, after playing its home games in Uniondale's Nassau Coliseum for more than 40 years
Courtesy Barclays Center 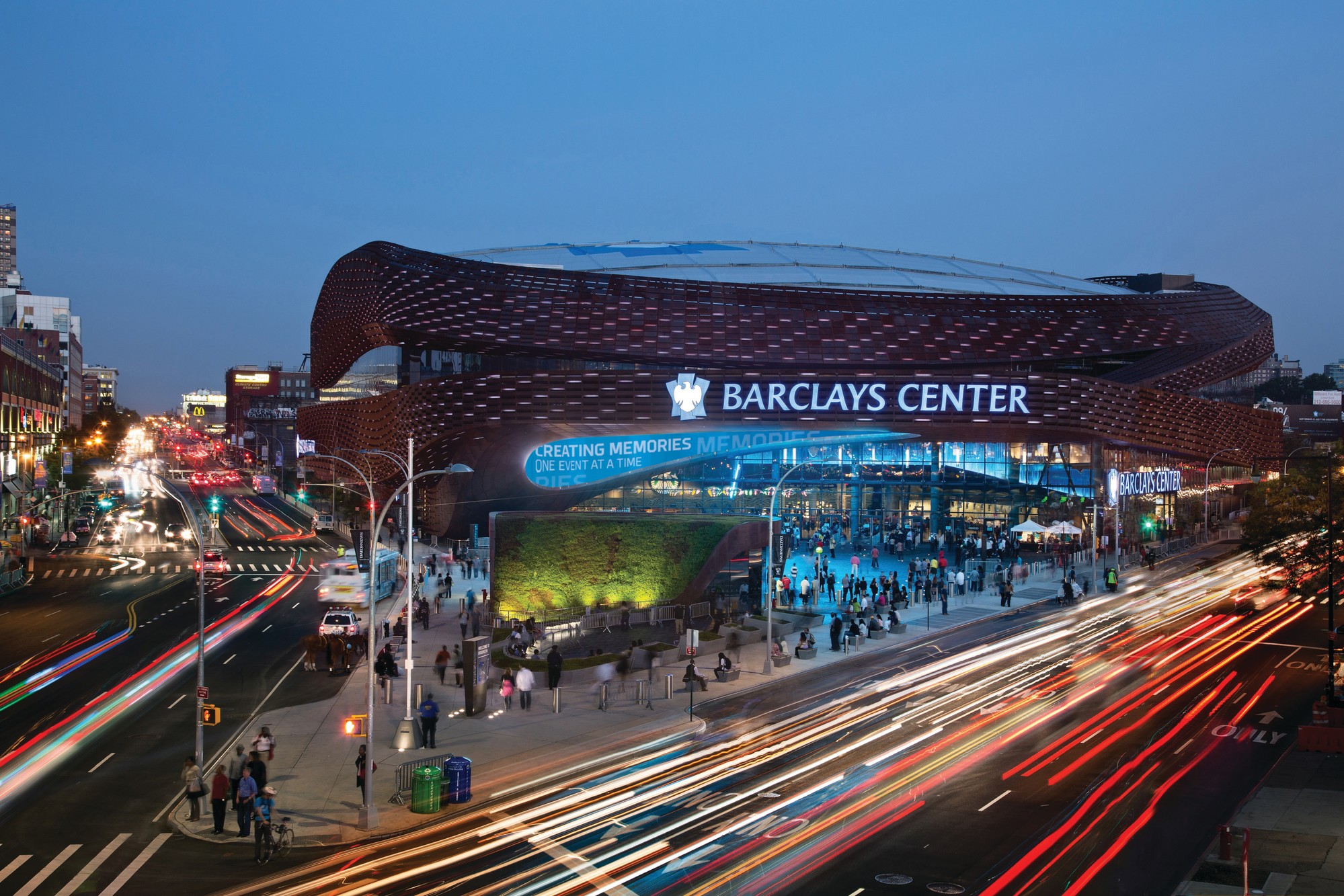 The $1.3 billion Barclays Center is the home of the NBA's Brooklyn Nets. The Islanders will move into the arena in the 2015-2016 season, but they will face off against the New Jersey Devils there on Sept. 26
Courtesy Barclays Center
By Brendan Murray bmurray@liherald.com

New York Islanders fans anxious to get an early look at the Barclays Center, the Islanders’ new Brooklyn home starting in the 2015-16 NHL season, can do so on Sept. 26, when the Islanders will host the New Jersey Devils in a preseason game.

It’s the second straight year that the Islanders will play a preseason contest against the Devils in their future digs: They fell to New Jersey 3-0 in front of a sell-out crowd in the borough’s first NHL game ever last Sept. 21. The team announced that it would head for the now 2-year-old, $1.3 billion arena in 2012, after numerous attempts to replace its current home, the Nassau Coliseum, in Uniondale.

Brett Yormark, CEO of the Barclays Center and its original tenants, the NBA’s Brooklyn Nets, said that fans can look forward to easily accessible public transportation, top-of-the-line dining and seating options and state-of-the-art technology this weekend and next season, when the Islanders move in. Fans will be able to take the Long Island Rail Road or New York City subways to the Atlantic Terminal, which is across the street from the arena.

Yormark said that the Metropolitan Transportation Authority and the LIRR would increase service to the Atlantic Terminal for Islanders games. “We have been working with the LIRR and the MTA on expanding service for Islanders fans,” he said. “They have been great partners as we work to make coming to games as easy as possible for our fans.” Information on public transit schedules will be available during Friday’s game on the arena’s main concourse, and afterward on the video screen above the ice.

“Islanders fans will receive the same amenities that have made Barclays Center such a success with Brooklyn Nets fans,” Yormark added. “The good things we have to offer, from guest services, to food, to technology — Islanders fans will experience all of them when they come for a hockey game.”

He said that the arena’s nearly 16,000-seat hockey configuration was complete. “We’re really excited for fans to get another chance to test-drive a hockey game here in Brooklyn,” he said, emphasizing the importance of exhibition contests like this one as the arena staff prepares for the Islanders’ move next year.